Tyler Beach has experienced some critical reviews of his game film over his five seasons with the University of Wisconsin football team.

The senior left tackle’s evaluation of his play last week in the Badgers’ 16-10 loss to Penn State was as succinct as it was biting.

“For how I played, there’s no excuses for how I did,” Beach said.

Beach won’t be the only UW (0-1) offensive lineman out for redemption at 6 p.m. Saturday when the team hosts Eastern Michigan (1-0). Beach and fellow senior tackle Logan Bruss both started slowly against the Nittany Lions, not looking like themselves and getting beat at critical moments.

Though it can be a flawed metric to judge a player’s performance by, it’s of note that Pro Football Focus gave Beach a 0 pass-blocking grade after allowing seven pressures in 41 pass-blocking snaps.

Both tackles missed time during training camp, with Beach sitting out most of the first three weeks after an offseason surgery on his left foot. Bruss missed about a week of practices midway through camp after a left leg injury. Both started against Penn State and played more than 90 of the Badgers’ 95 offensive plays.

Getting back into the rhythm of playing — or knocking off the rust — is easier said than done against a Big Ten Conference opponent in a season opener.

“We were moving the ball, even with as many mistakes as we were making, we were still moving the ball,” Beach said. “And that’s a good thing — shows that our team can be successful, even when we weren’t (as a line).”

Badgers coach Paul Chryst wouldn’t go so far as to say that missing practice time last month hurt Beach or Bruss, but he said there’s room for both to get better after Week 1.

“I don’t care if you make it through all of camp, when you have that first game and you’re going and playing, there’s going to be things that come up,” Chryst said. “They did some things well and there’s some things that they both want to clean up, and I’m quite confident they will.”

It wasn’t until the Badgers’ third series that things started to click, particularly in the run game, and the offensive line started to generate consistent push up front. It wasn’t a coincidence that drive was when offensive line coach Joe Rudolph platooned the interior of the line, switching out starters Josh Seltzer, Joe Tippmann and Jack Nelson for Cormac Sampson, Kayden Lyles and Michael Furtney.

The second unit in the middle helped lead a drive down to Penn State’s 1-yard line before a false start on Lyles moved UW back. The Nittany Lions blocked UW’s short field goal attempt to keep the game scoreless at that point.

The group substitution was a wake-up call for the starters, who played almost all of the snaps from the fourth series on. But Chryst said after the game getting the second unit into the game at some point was planned.

Tippmann beat out Lyles for the starting center job about midway through camp, but Lyles continued to push to get the job back. Sampson played both tackle and guard positions this fall and is a trusted reserve, and Furtney drew raves from Rudolph for how he competed with Nelson for the right guard spot.

Seltzner has platooned at the left guard spot before, mostly during the 2019 season before Jon Dietzen won the job last year. And for a redshirt freshman like Nelson, not having to carry the load for a full game can be valuable.

Having capable players in the second unit keeps the entire group accountable.

“The competition is going to drive you to become better,” Nelson said. “You can’t slack because someone’s always there … if you’re not going to perform, someone else will. So I think that pushes everybody.”

Perhaps the most concerning aspect of the line’s play Saturday was the inability to run the ball effectively in the red zone — something the Badgers have relied on for years. Excluding two fumbles by quarterback Graham Mertz, because the line wasn’t at fault for those miscues, UW had 11 rushes for 18 yards (1.6 yards per carry) and one touchdown inside Penn State’s 20.

Beach believed some of the Badgers’ issues were simply transferring fundamentals from the practice field to game speed, especially against a Big Ten foe. New NCAA rules in training camp limited the number of full-contact practice days, and at a position like offensive line that takes time and live reps to round into form. UW’s front wasn’t quite there.

To be fair, Penn State’s wasn’t either — the Nittany Lions gained just 50 yards rushing, and allowed two sacks and 13 quarterback hurries, per PFF.

After a hard look in the mirror, Beach said he and the Badgers offensive line will bounce back.

“We’re better than that,” Beach said. “The good thing is that we can see where we messed up. And it’s good that this happens now rather than later. Gets us ready for the rest of the season.”

Wisconsin fell to 18th in The Associated Press Top 25 released Tuesday after losing to Penn State 16-10 last Saturday at Madison.

The Nittany Lions rose to 11th.

Georgia jumped three spots to No. 2 behind Alabama, giving the Southeastern Conference the top two teams in the country for the 30th time in the 85-year history of the college football poll.

SOMERS — A Racine woman has died from injuries received after being ejected from a car involved in a high-speed crash early Friday on Sheridan Road (Highway 32). 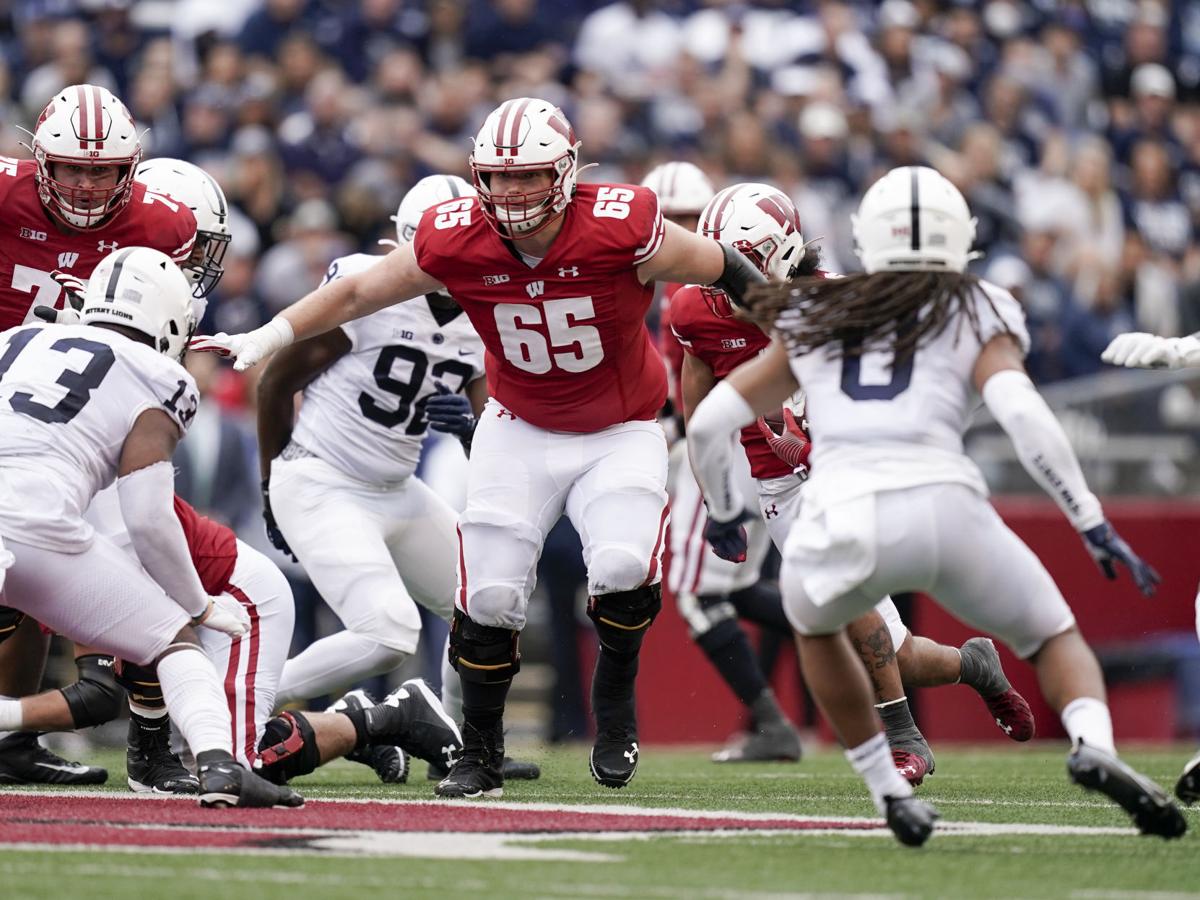 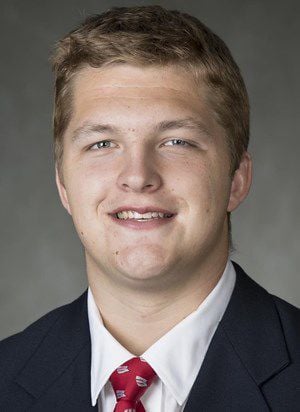 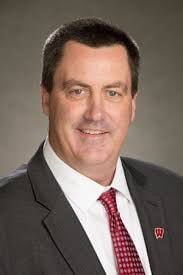