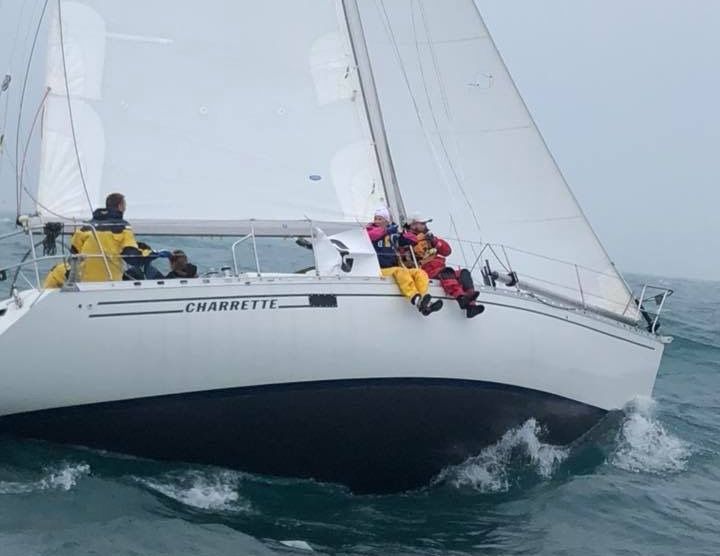 The boat Charrette sails on Lake Michigan during the 35th annual HOOK race from Racine to Menominee, Mich., in July 2018. Of the 49 boats that signed up for the race only 11 finished because of high waves and bad weather. Organizers hope for better conditions for this year's race. 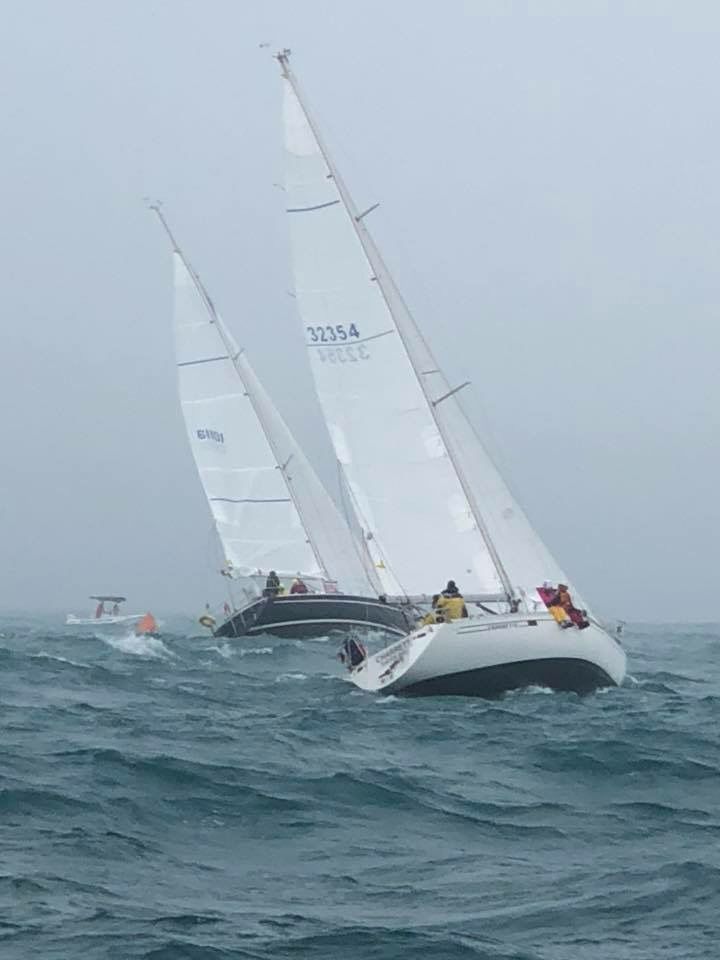 RACINE — Fred Stritt, a saavy and seasoned Lake Michigan skipper, knew almost right away that the 2018 HOOK sailboat race might be a tad rough and rocky.

Waves as high as 14 feet crashed against the bow of his boat, Hasten, as he and his crew started the annual 189.04 nautical mile race from Racine to Menominee, Mich.

The waves hit the boat and shortly after several members of his crew vomited off the port side.

Almost 50 boats—49 to be exact—signed up for the 35th annual HOOK race, but many quit before even entering the rough, churning waters of Lake Michigan. Out of the 49 that signed up, 34 teams took off from the Racine Yacht Club and only 11 crossed the finish line at the M & M Yacht Club in Menominee.

“The waves were huge and that prompted a lot of crews to not take a risk,” the 59-year-old Stritt said. “Comparatively speaking, the $165 entry fee is small compared to the damage that the waters of Lake Michigan can do to a boat. Captains value the lives of their crews the most.”

Mark Westdale set the race record in 1987, finishing in just under 24 hours, according to Scott Lewis, the HOOK race chairman for the past six years.

But this year was an entirely different story for sailors. The boat Audacity finished with an elapsed time of 38 hours, 10 minutes and 28 seconds, and every other team that finished had a time well over 40 hours.

One team from the Racine Yacht Club that finished was Barbarossa, led by Brin Williams. Barbarossa finished with an actual time of 45 hours, 45.55 minutes, which became a corrected time of 37:34:25 and placed second overall.

The corrected time factors in boat ratings – the lower the rating, the faster the boat is. “We’re incredibly proud of Brin’s performance,” Stritt said. “To finish second in those conditions is tremendous.”

What captains and crews faced was a stalled low pressure system that caused winds to gust from the north at up to 35 knots—about 40 miles per hour—Stritt said. The wind direction allowed waves to build from eight feet to as tall as 14 feet, he said.

Stritt and his crew came to a harsh realization that finishing the race wasn’t going to be feasible in the conditions they were facing.

“We started the race down a guy because he had another obligation, but it got to the point where no one was having fun,” Stritt said. “Guys were throwing up left and right and we had a meeting where we decided to call it quits.”

After winning the race last year, Stritt said that his expectations were high for 2018. “I’ve been sailing boats my whole life,” Stritt said. “It’s always a little disappointing when things don’t go as planned, but we wanted to make sure that everyone was safe.”

The bad conditions turned fatal at the annual Race to Mackinac, which was held about 90 miles south of the HOOK race. Sailors in that race faced the same grueling conditions and Jon Santarelli, 53, went overboard and his body has yet to be recovered.

A moment of silence was observed for Santarelli at the HOOK race award ceremony Monday night, Stritt said. “It makes me thankful that I called it when I did for our crew,” he said. “Those waves were incredibly huge and I feel sorry for the family of (Santarelli). It’s a tragic loss.”

Racine resident Susan Maxwell was aboard the boat Anne Bonny. The boat started but didn’t finish, she said. The captains and crews that persevered through the wind, waves and weather should be lauded, she said.

“Not too many football, baseball or basketball players put their lives on the line,” she said. “These are some of the most courageous people sailing in those terrible conditions.”

It started on the morning of July 21, 1984, when 26 boats struggled to get into open water because of a log jam at the starting line off Racin…

The boat Charrette sails on Lake Michigan during the 35th annual HOOK race from Racine to Menominee, Mich., in July 2018. Of the 49 boats that signed up for the race only 11 finished because of high waves and bad weather. Organizers hope for better conditions for this year's race. 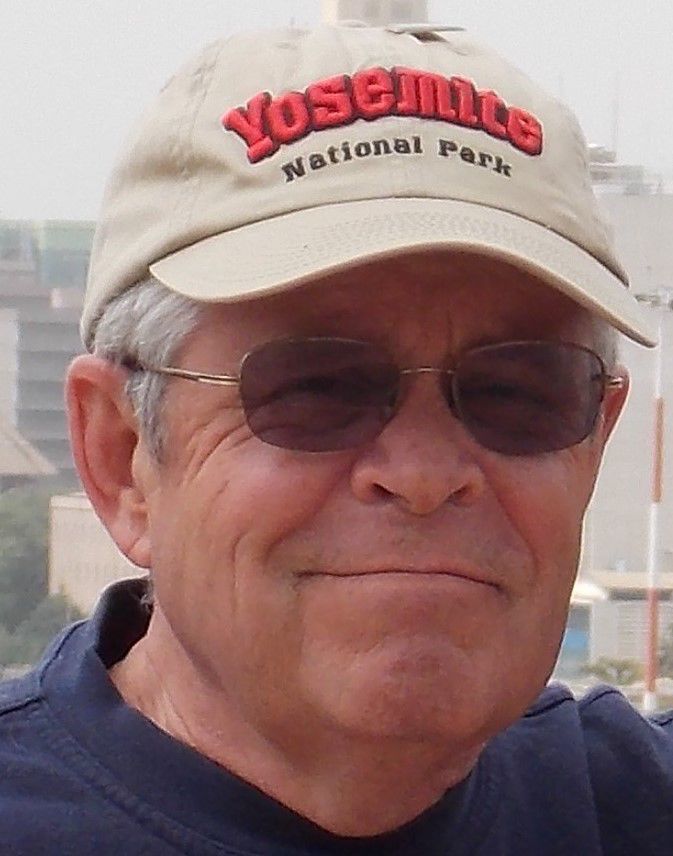