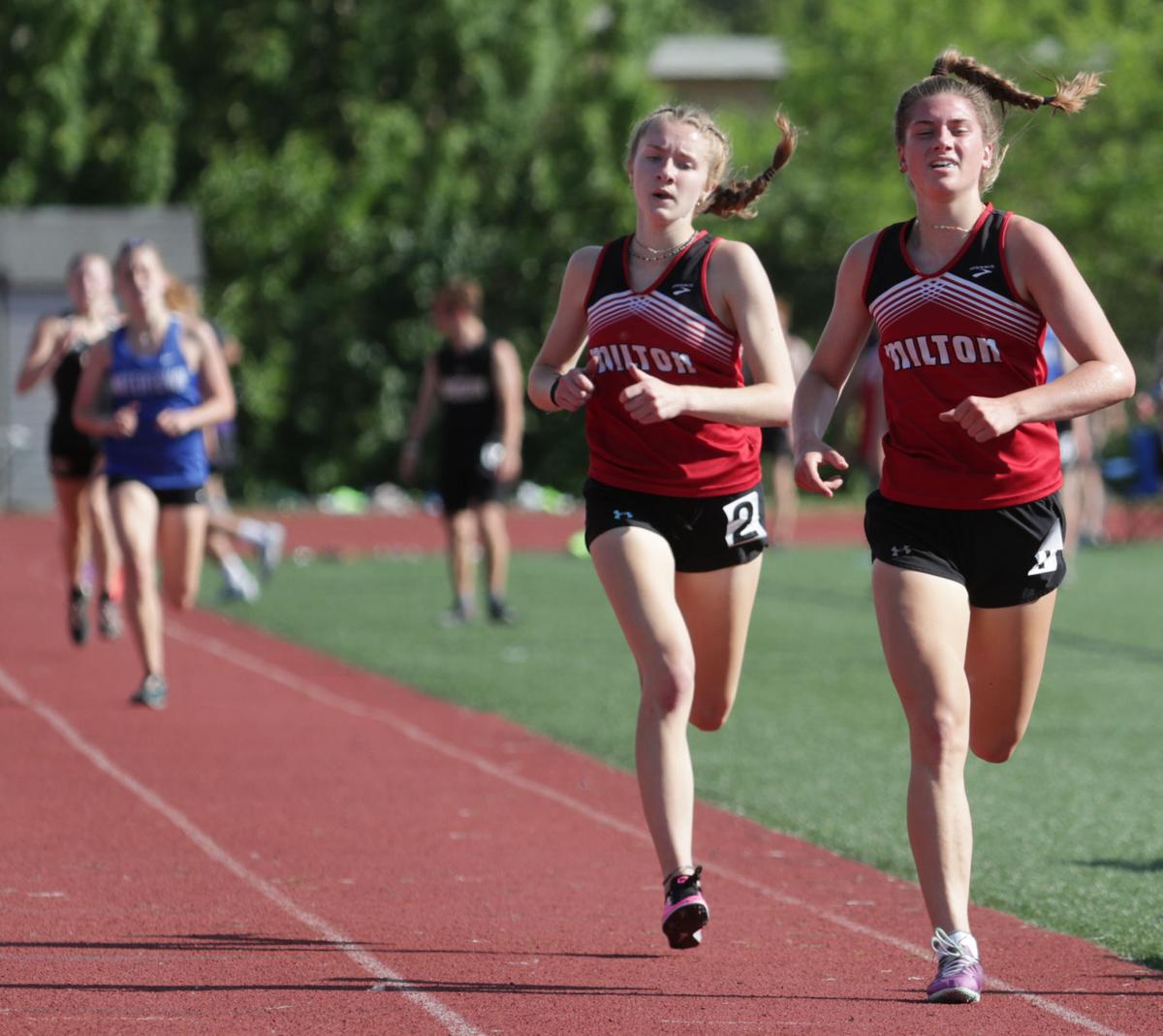 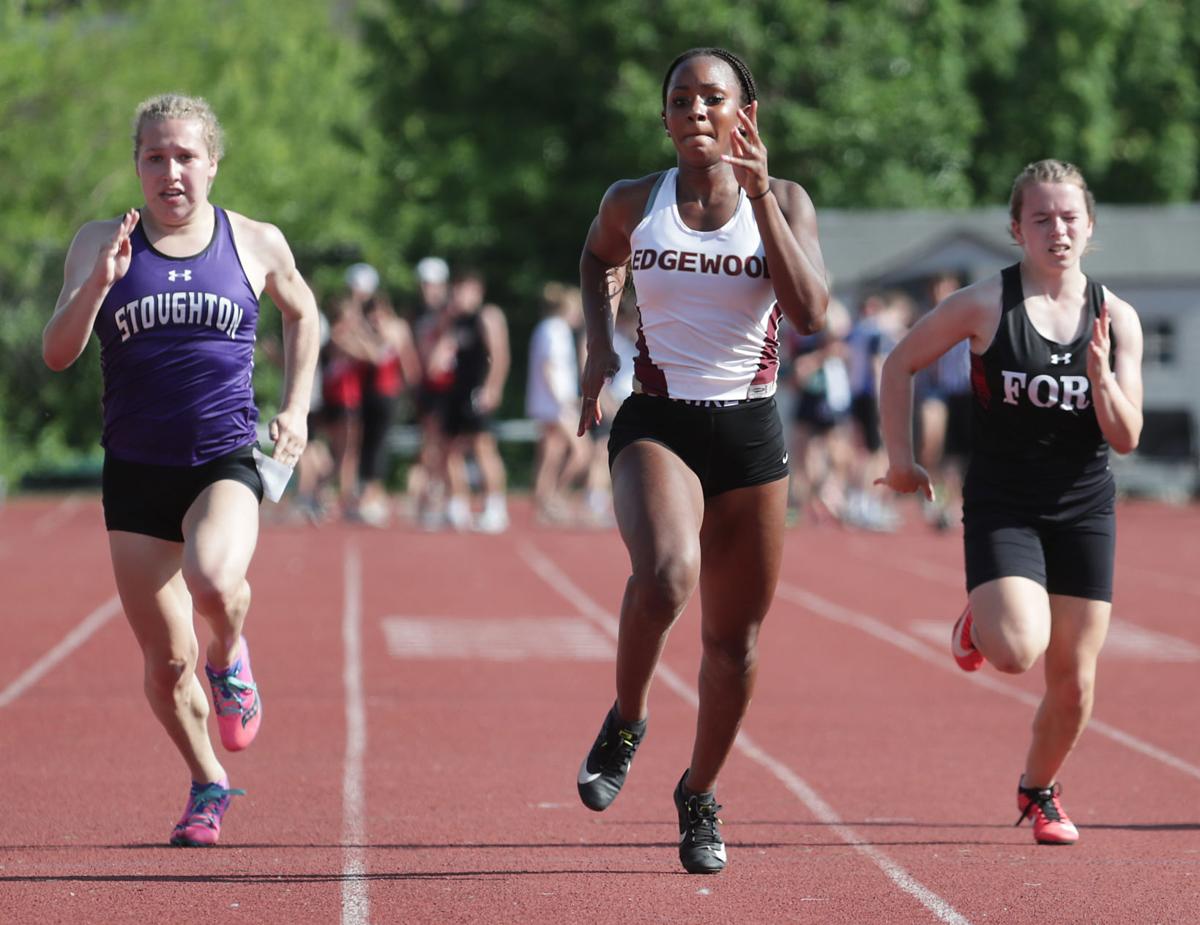 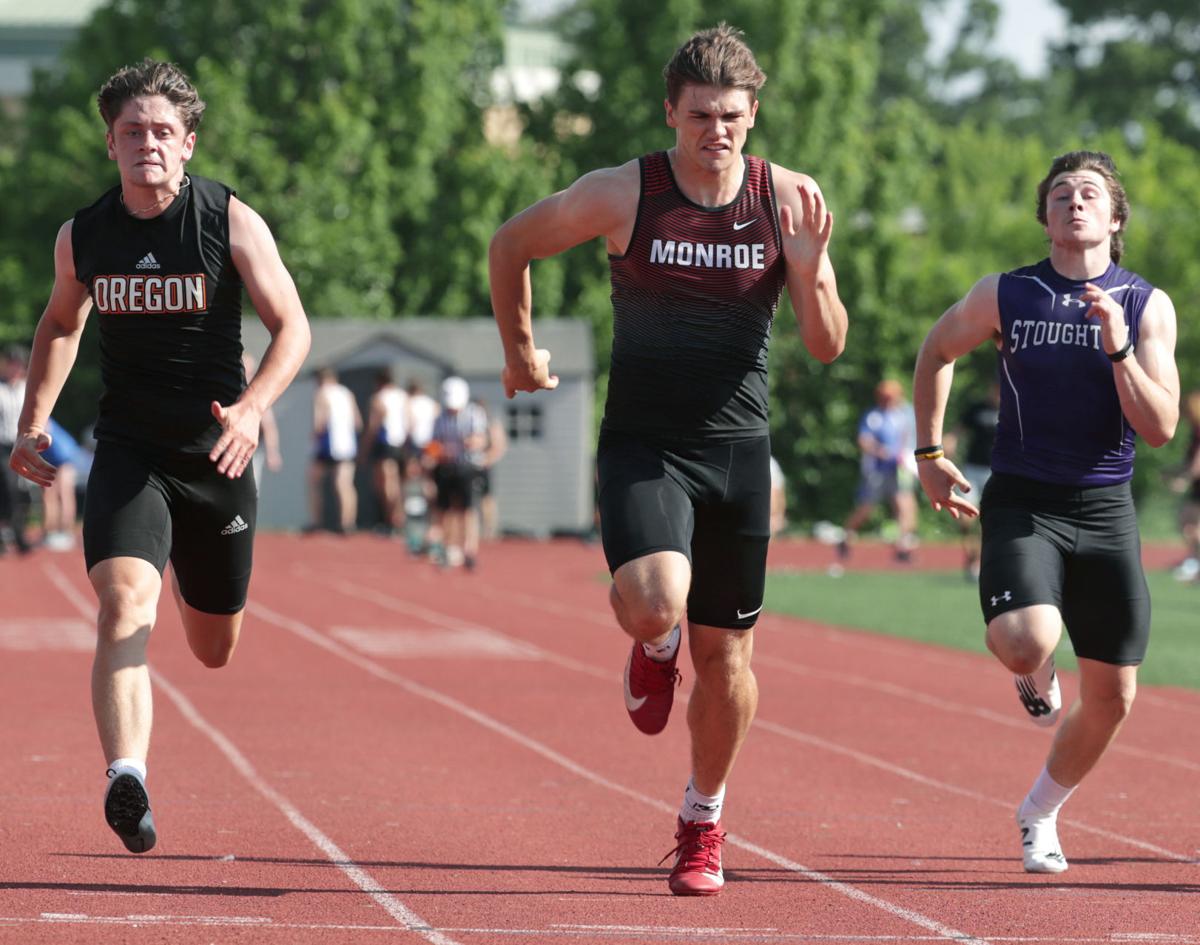 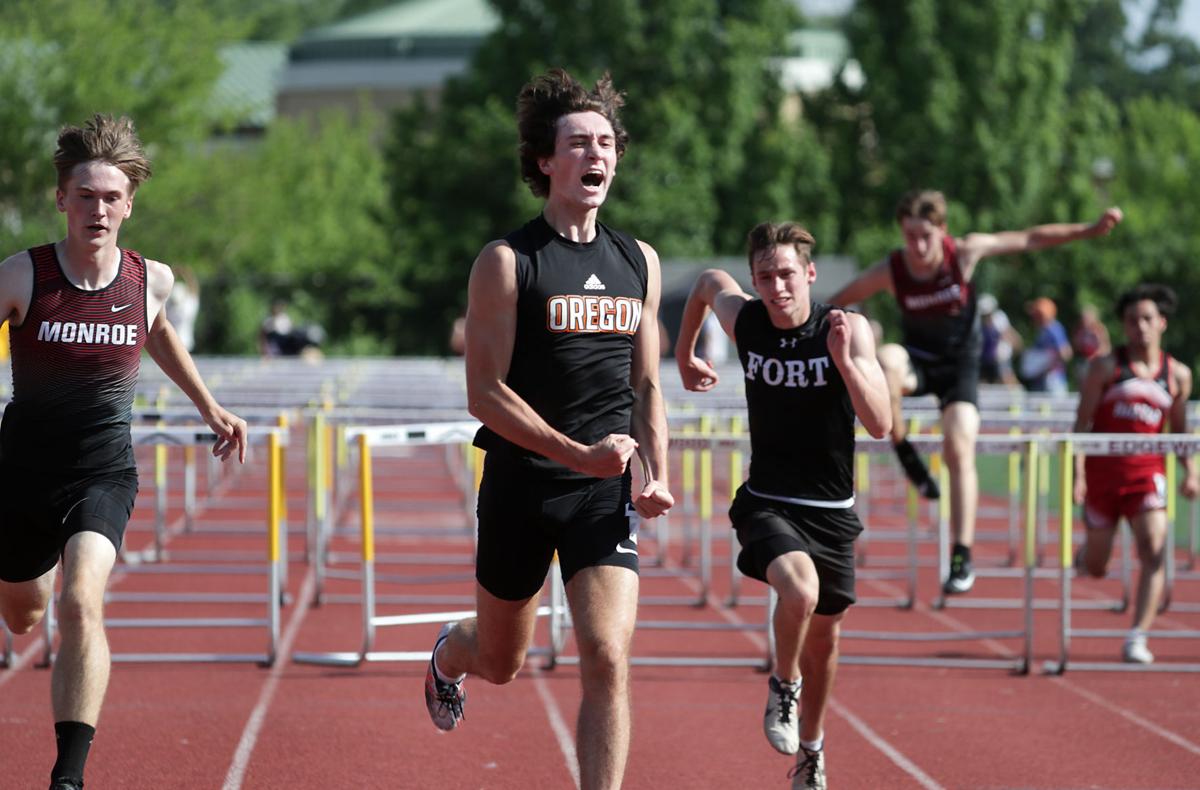 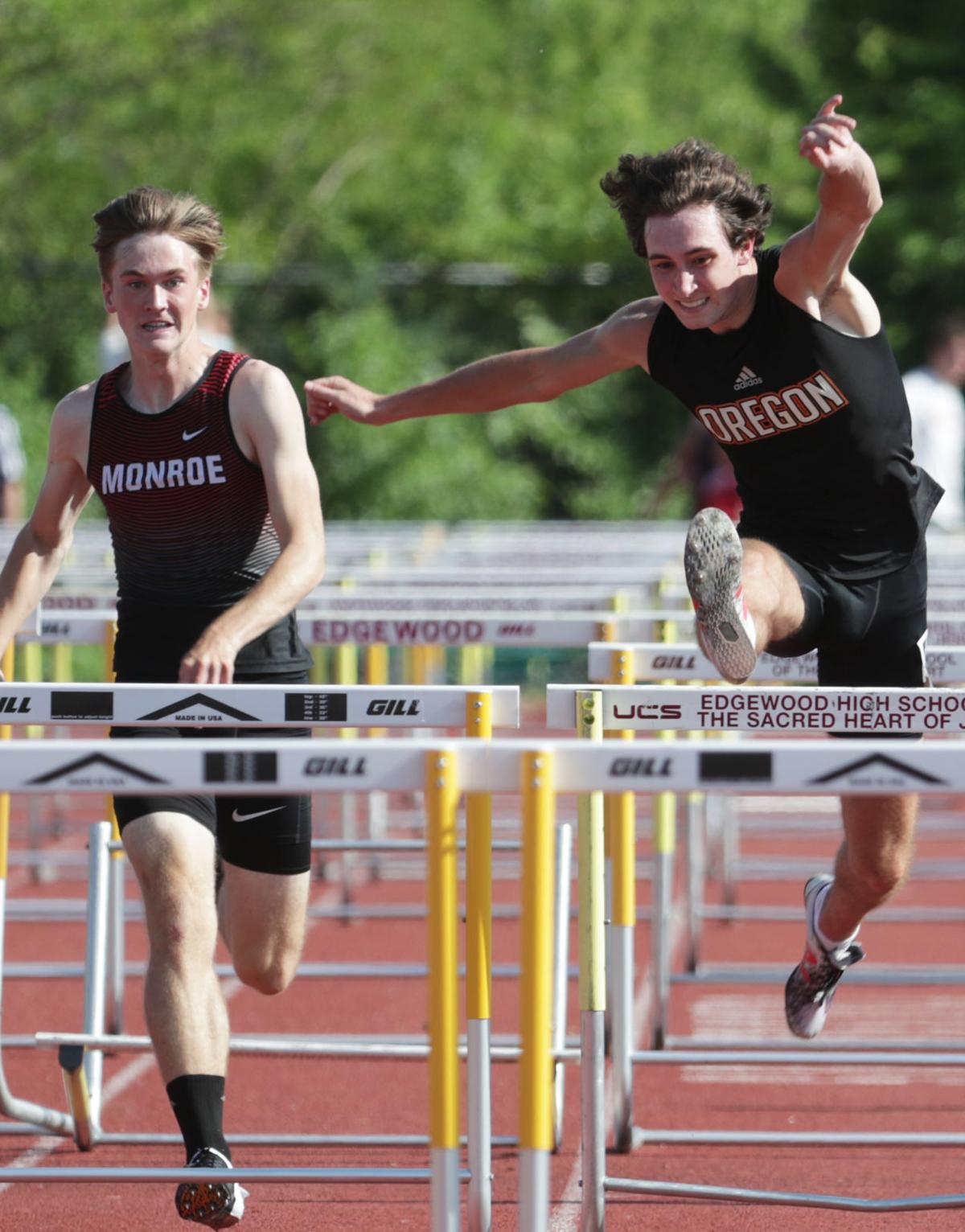 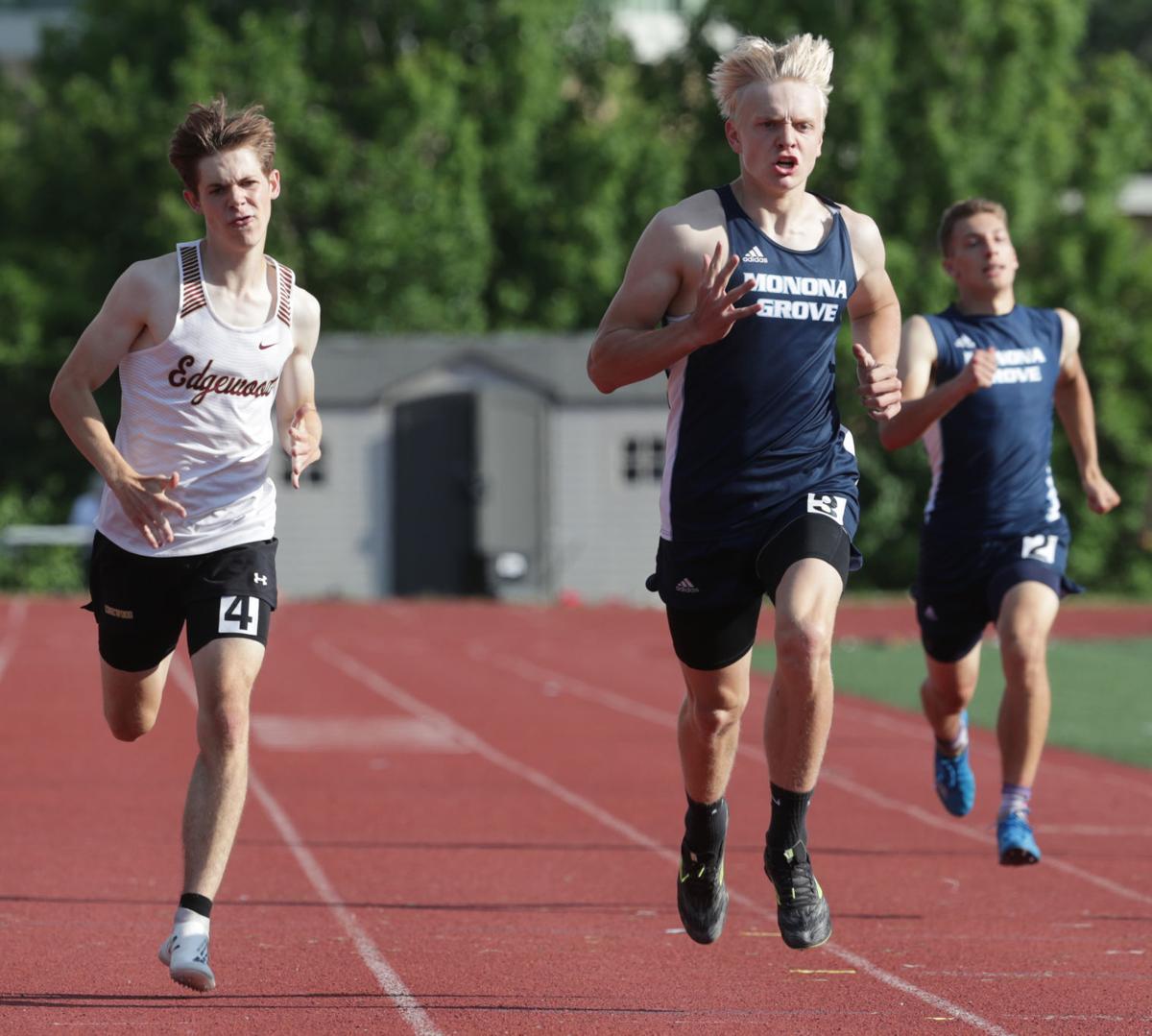 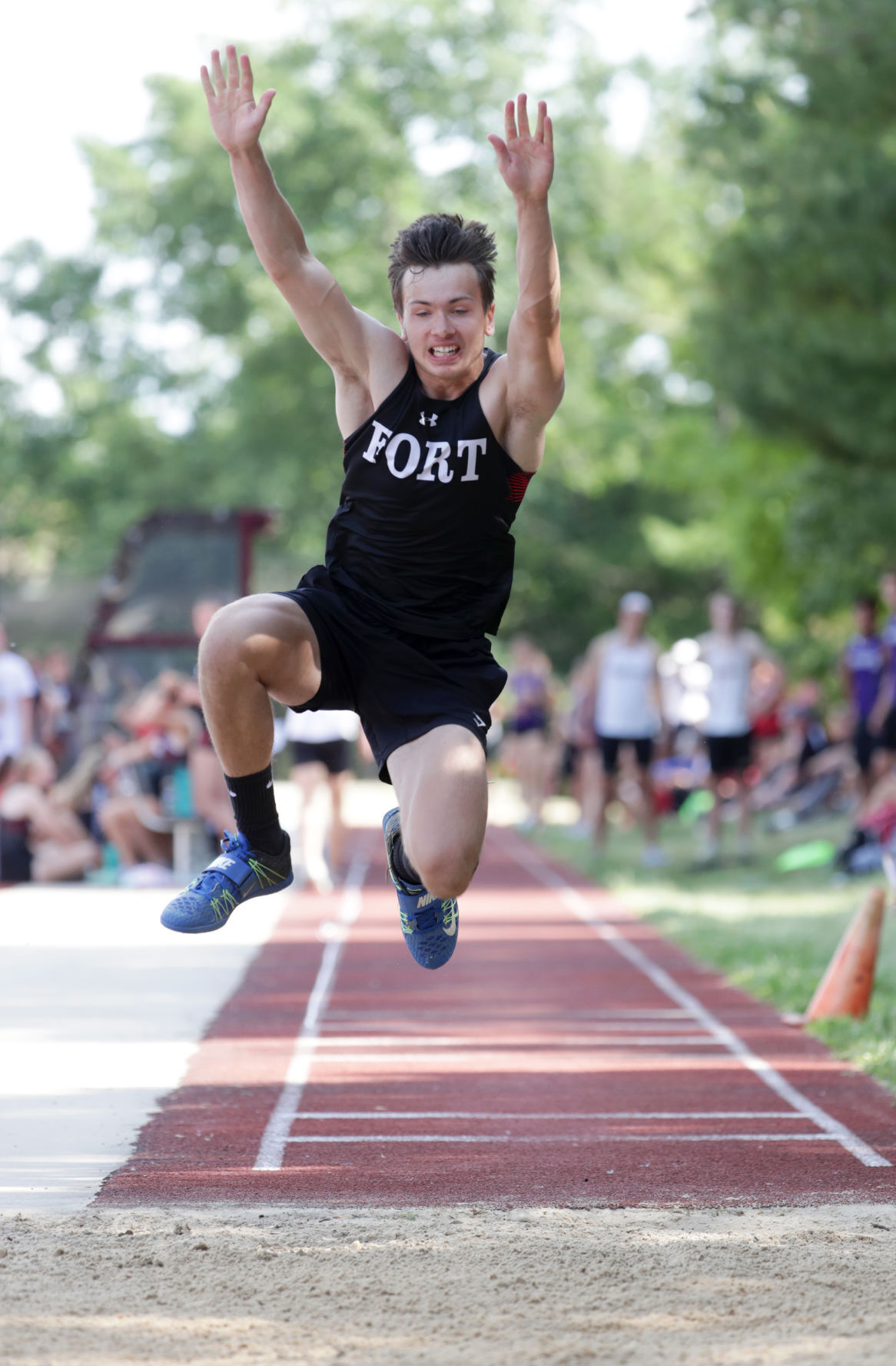 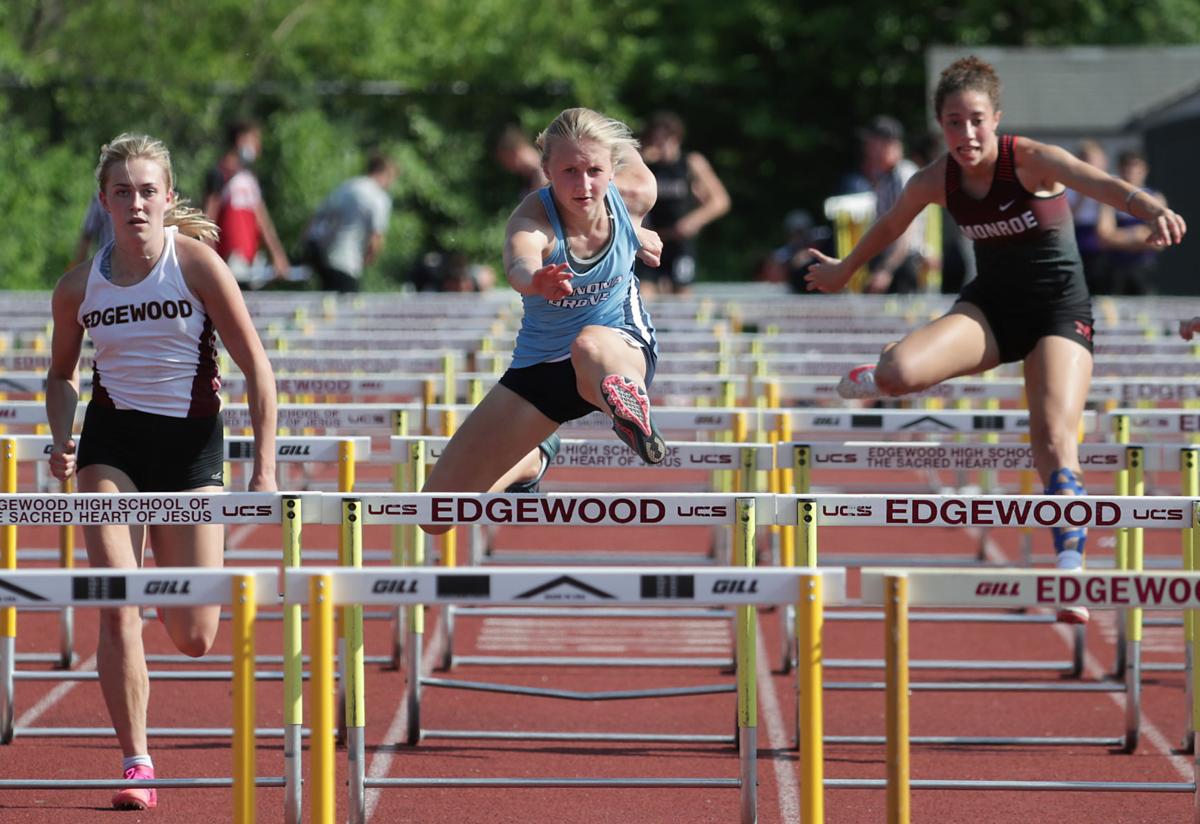 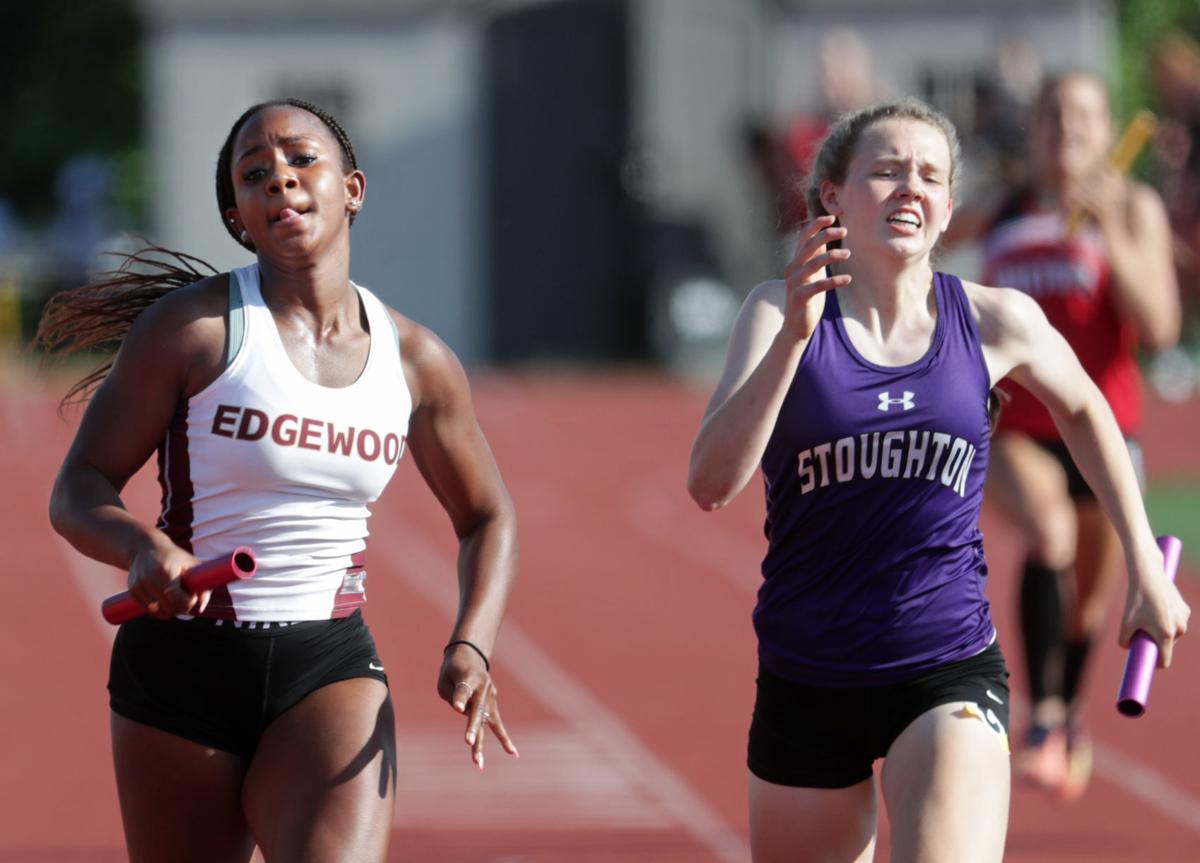 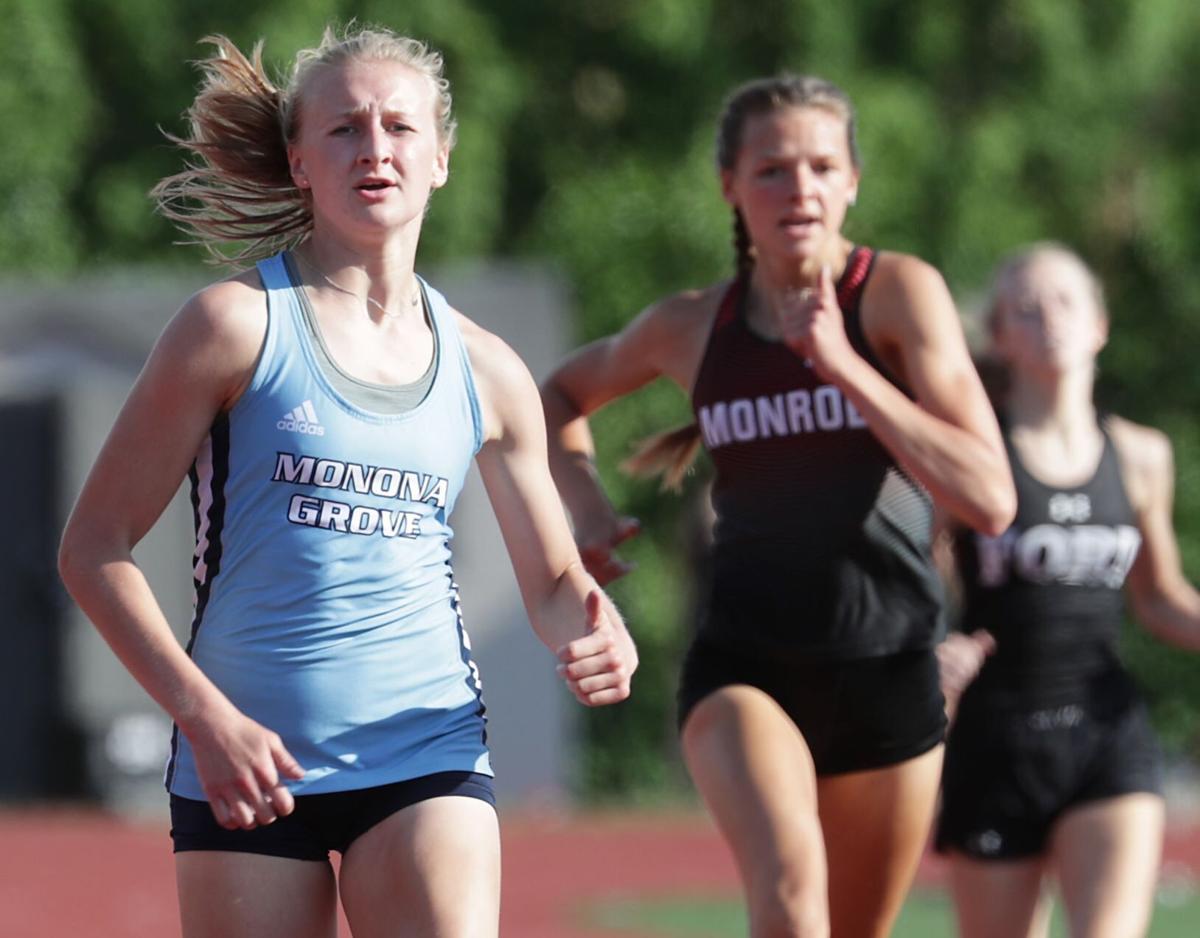 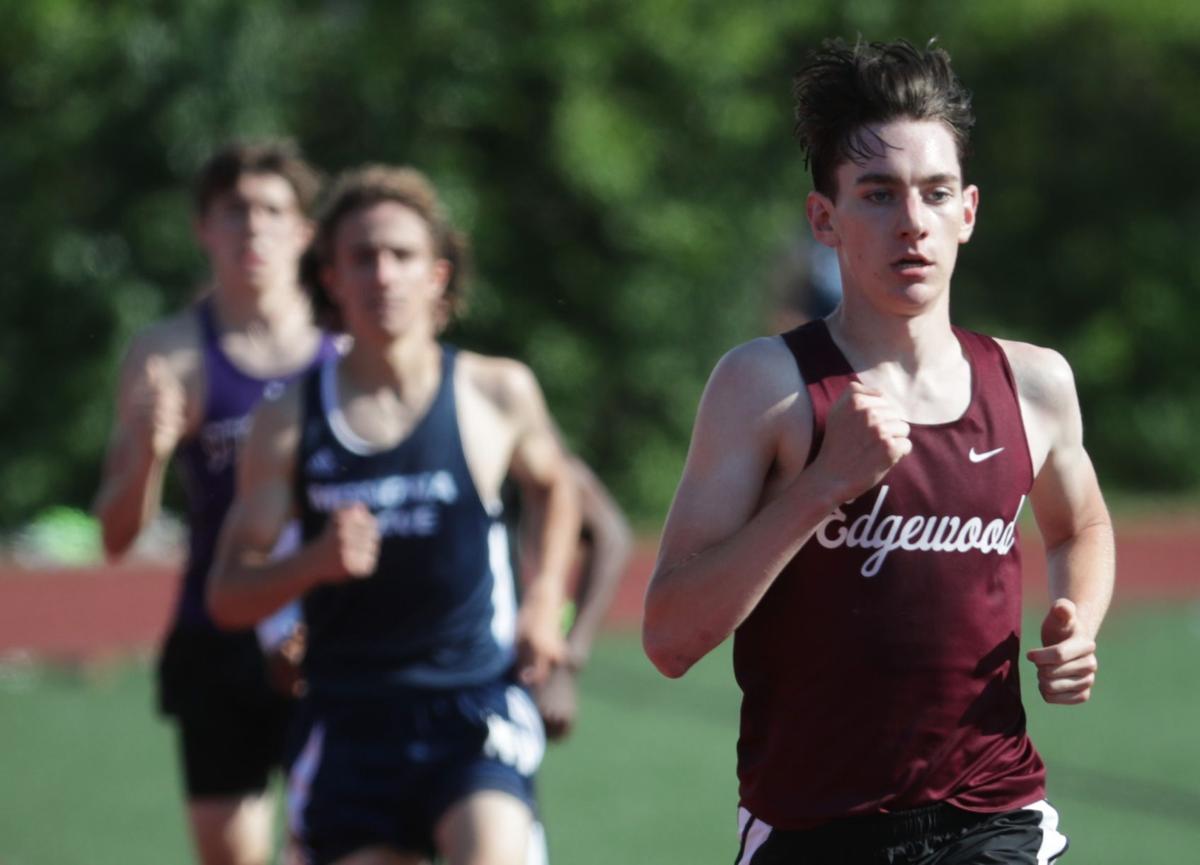 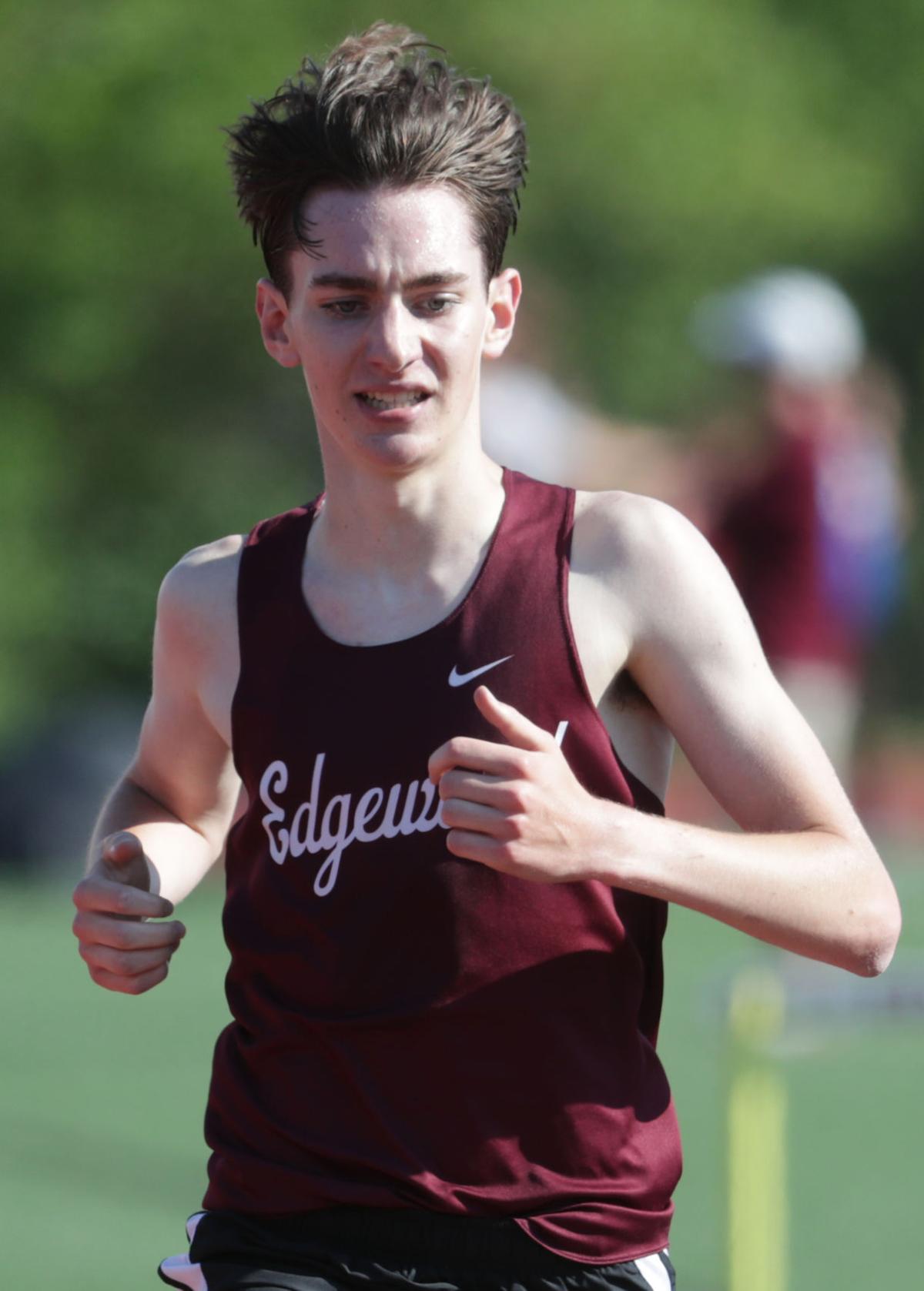 After the lost spring season of 2020, Monona Grove sophomore Maddie Hogan and Madison Edgewood junior Nikita Lebbie made track and field their priority.

Hogan spent countless hours in the offseason preparing for this season. Lebbie said she gave up other sports, including basketball and tennis, and concentrated solely on track and getting stronger in the weight room.

“I missed it,” Lebbie said about the WIAA’s 2020 spring season being canceled due to the COVID-19 pandemic. “It’s good to be back.”

Their work showed Tuesday, when Hogan and Lebbie were individual standouts in the Badger South Conference girls meet in 90-degree weather at Edgewood’s Goodman Athletic Complex.

“I just wanted to do my best,” Hogan said. “I knew it was going to be really hot, so I had to hydrate and prepare mentally. Since Friday went so well (at an invitational in Sun Prairie), I had a lot of faith going into this meet that I’d do well. It’s a big mental game, just pushing through (all the events).”

“We have never won a conference championship in the boys or the girls, so this is a big deal (for Edgewood),” said Gifford, who oversees both programs. “These kids have worked hard. The girls, all year, have been phenomenal.”

Gifford shuffled the 800 relay team of sophomore Victoria Rodriguez, freshman Anna Messner, senior Joelle Browne and Lebbie, who responded well to the anchor role by kicking to victory after being in third place at the final turn.

“I was really just thinking about the team and how hard we’ve worked this year,” she said. “My teammates were already doing such a great job, I thought I may as well finish for them.”

Lebbie, who said she hopes to break the school record of 12 seconds flat in the 100 this season and top 17 feet in the long jump, used last season as motivation.

“At first, I saw COVID as a setback,” Lebbie said. “Then I definitely used it to my advantage. I quit basketball and tennis and made track my main focus. I was constantly in the weight room and I was constantly on the track, when I got the opportunity.”

“We were just hoping we were going to have a season this year because of COVID,” Hogan said. “So, because I missed out freshman year, I did a lot of training over the winter and coming into the season. So, I was a bit ahead of the game than some of the girls here. I had a lot of extra training under my belt.”

“You really go into it and forget about the time and go for place (in the heat),” said Richardson, who was the WIAA Division 2 boys cross country champion last fall. “It’s all about `guts out.’

“The guys had a goal today to try our hardest to push ourselves and show off the work we’ve put in this season. … It’s just really great to be back on the track after a really difficult time last year with not having a season.”

The Deerfield boys won the day’s first event, the 3,200-meter relay, and led the rest of the way to win the Trailways Conference meet at Palmyra-Eagle. The relay crew of Cody Curtis, James Connely, Kalob Kimmel and Robert Thompson won in 9:23.32.

The Demons scored only four more points and finished ninth in the 18-team field.