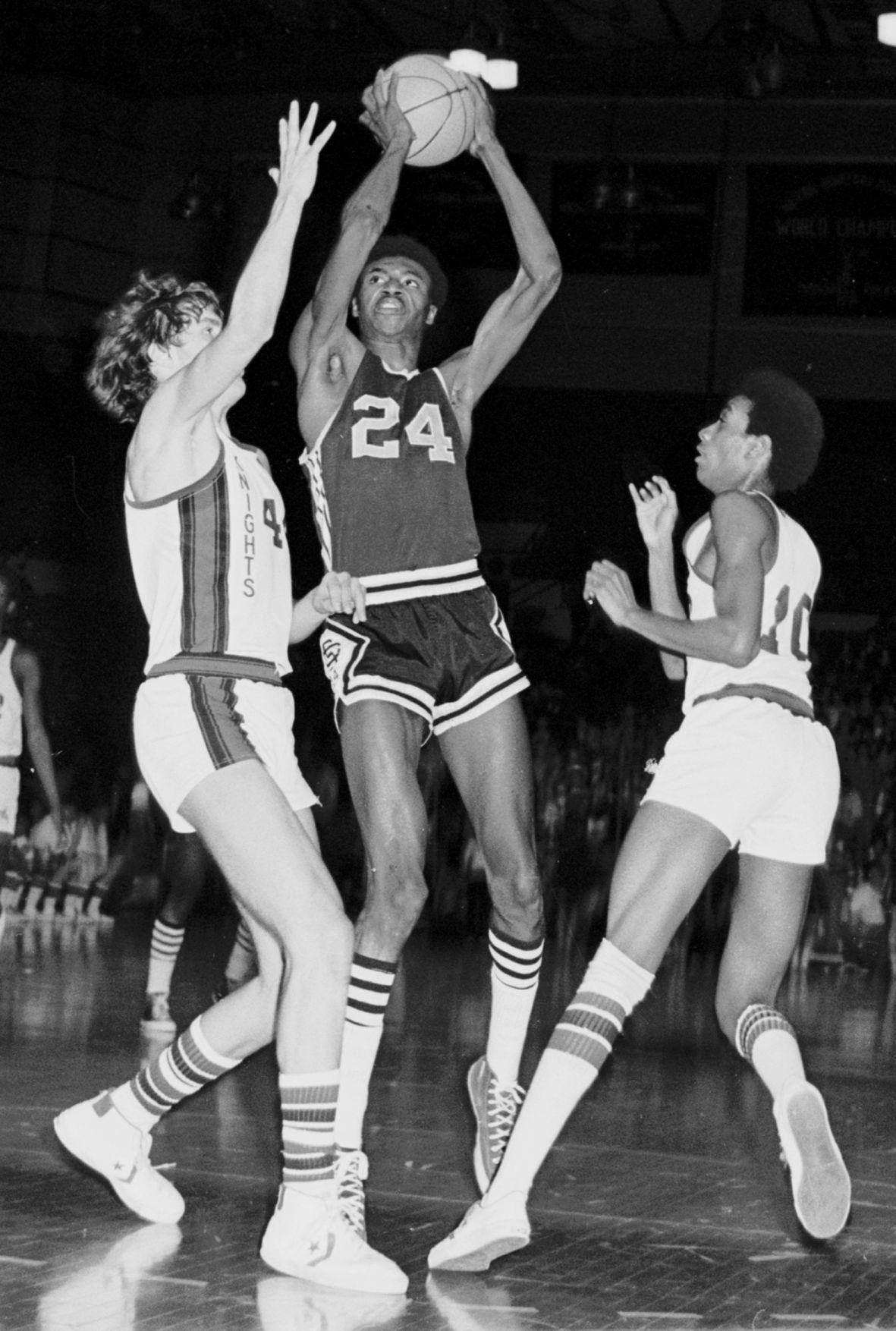 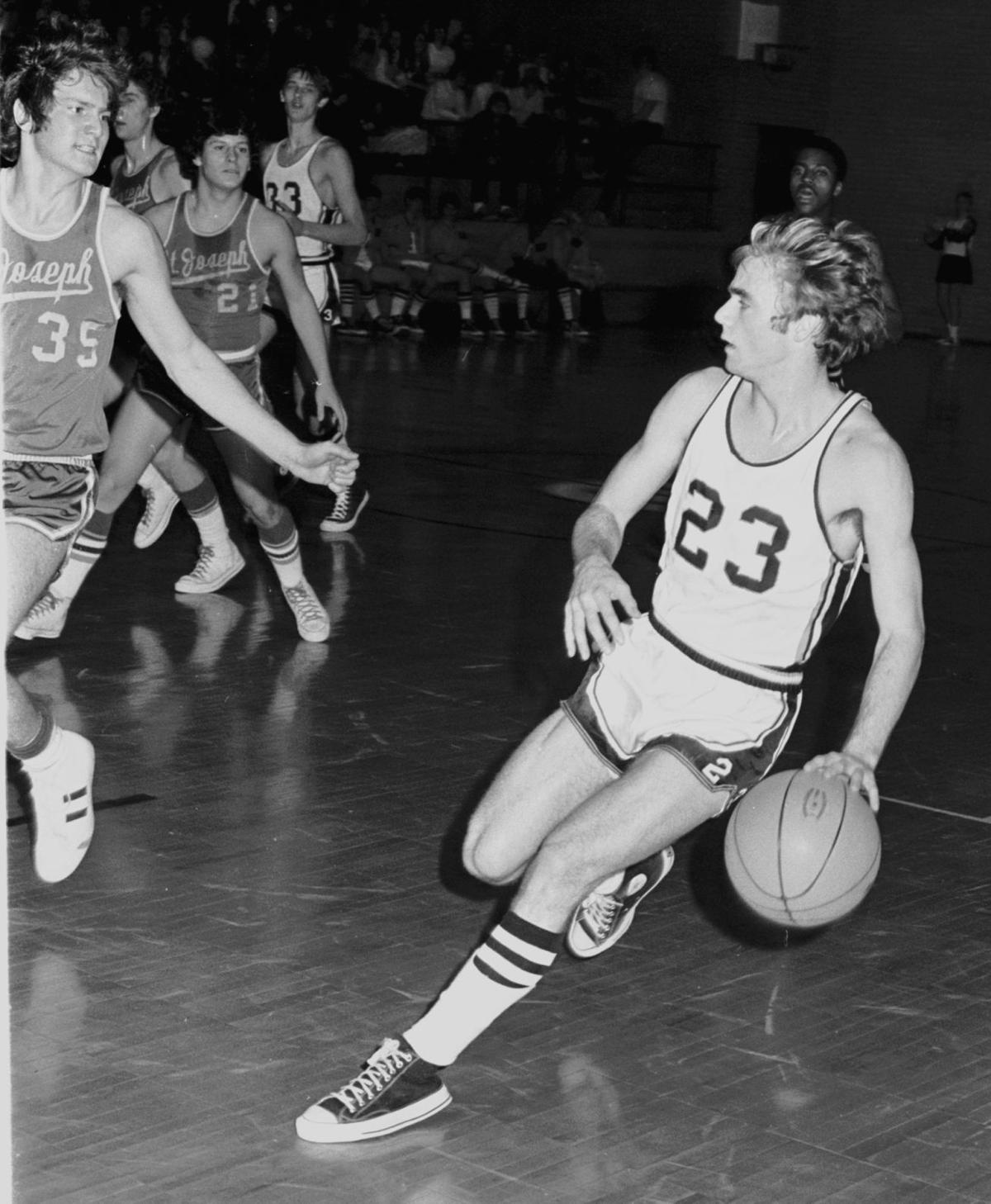 In each year of the 1970s, John McGuire took his St. Catherine’s boys basketball team to the WISAA state tournament. He oversaw two state championship teams, one of which was undefeated, and three others that were runners-up. One of those second-place teams was within five points of an undefeated season.

With the exception of his final year of coaching in 1978-79, when the Angels finished 10-13, McGuire had at least one true difference maker on each of his teams. Two of his players that decade are probably remembered more than any others from the program — and in the history of Racine County boys basketball.

The first is playmaking guard Mike Drummond, the first two-time city player of the year as named by The Journal Times. The second is high-scoring center Harvey Knuckles, who was drafted by the Los Angeles Lakers in 1981 and played basketball in Europe until he was 50.

A state championship barely eluded Drummond, when the undefeated and top-ranked 1973-74 Angels were stunned 40-35 by Whitefish Bay Dominican in the WISAA Class A championship game.

It might have been the biggest upset in county history, especially considering St. Catherine’s had swept Dominican in two regular-season games.

Three years later, Knuckles developed into probably the most dominant player in the state and led McGuire’s sixth and final state championship team. It was because of that and Knuckles’ long career in professional basketball that he gets the nod for best player of the 1970s in the county.

Playing on the Angels’ sophomore team in 1974-75, the 6-foot-7 Knuckles routinely got knocked around during one-on-one games by coach Chuck Wood, a former St. Catherine’s great who played on Loyola of Chicago’s 1963 NCAA championship team.

When Knuckles started for John McGuire as a junior one year later, he had progressed into a good player — but not yet great — on a 22-3 team that reached the state semifinals. Knuckles averaged 13.7 points and 5.9 rebounds per game.

“I owe a lot to coach Wood,” Knuckles reflected last fall when he was getting inducted into the Racine County Sports Hall of Fame. “One rule we had was that there were no fouls called. That was to make me tougher and also to learn to play through contact. It took me the whole year before I could beat him, but I started to win some by the end of the year.

“He showed me three moves — a turn-around jump shot and a drop-step right and drop-step left. He told me if I worked on all three, I would be All-State when I was a senior.”

Knuckles did, and he was. By his senior year, Knuckles had graduated with honors from Professor Wood’s college of hard knocks after averaged 22.5 points and 12.0 rebounds a game. St. Catherine’s again went 22-3, but this time it defeated Delafield St. John’s 43-32 in the WISAA Class A championship game. And just as Wood promised, Knuckles earned first-team Associated Press All-State honors after that season.

After averaging 22.0 points and 7.3 rebounds as a senior at Toledo in 1980-81, Knuckles was drafted with the 39th pick of the 1981 NBA draft by the Showtime Los Angeles Lakers of Magic Johnson and Kareem Abdul-Jabbar. He played well during the preseason, but the Lakers made Knuckles their final cut.

Knuckles then took his game overseas and played in several countries from 1982-2009. He was 50 when he appeared in his final game, for Ergue-Armel in Quimper, in 2009.

I once asked John McGuire if he thought the 5-8 Drummond could have played in the NBA if he would have been six inches taller. McGuire looked at me in a way that indicated he thought I had just asked a ridiculous question and didn’t answer.

Yes, Drummond was that exceptional. He only averaged about 10 points a game during his three varsity seasons on St. Catherine’s, but there was a reason for that, as Drummond explained in a 2011 interview.

“The first game of the year, the freshmen played Lutheran’s JV team,” Drummond said of the 1970-71 season. “I scored 36 points and that’s the only time I can remember how many points I scored. Coach McGuire called me into his office the following Monday and I’m thinking, ‘Maybe he’s going to move me up to the varsity. I’ll be the first freshman ever to be on the varsity.’

“Instead, he sits me down and says, ‘You’re a point guard, right? My point guards are lucky if they score 36 points in a season.’ And I was like, ‘OK. Point well taken.’ “

Instead, all this little point guard did was win. Even though he didn’t start as a sophomore for McGuire, Drummond played at least as much as the juniors and seniors — a rarity for sophomores at that time in the program. He was an honor student who made good decisions on the court, he had a deadly outside shot but preferred to set up his teammates and he was a tenacious defender.

Drummond led the Angels to the WISAA Class A championship game as a junior and senior, but they lost to Milwaukee Marquette 49-37 in 1973 and then were heartbroken by Dominican a year later.

Drummond went on to play for coach Dick Harter at Oregon and was a part of the “Kamikaze Kids” who played in the NIT three of Drummond’s four seasons in Eugene.

Harter, who died in 2012, was coach of the Charlotte Hornets when he reflected on his former guard in 1989.

On the night of Oct. 11, 1980, Cole (who had changed his name to Abdul Jeelani) made history. The 6-8 forward scored the first points in the history of the expansion Dallas Mavericks franchise.

It was quite a journey to the NBA for Cole, who was the 1972 Player of the Year in Racine (this was before there was an All-County team) and went on to be a standout at UW-Parkside.

Cole was spectacular as a senior for Park during the 1971-72 season, averaging 23.1 points and 16.9 rebounds. He made 63% of his field-goal attempts and was an extraordinary shot blocker. As noted in the March 12, 1972 Journal Times, “Gary has the ability to time his leaps to block shots after they’re fired and, surprisingly, few goaltending calls were made against him.”

Cole was the final cut in 1976 by the Cleveland Cavaliers, where Racine’s Jim Chones was a starting center. But he did play a total of 143 games in the NBA for the Portland Trail Blazers in 1979-80 and the Mavericks in 1980-81.

“To me, he was easily the best scorer to ever come out of Racine,” said Jameel Ghuari, who started with Jeelani during the 1969-70 season at Park and from 1972-75 at Parkside. “Scoring for him was such a natural thing.

“He was very intelligent about the game. When he saw you do something, he could pick it up and add it to his game.”

Dudley dominated in the county during his time with the Hawks, but the knock on him was that they played in the Midwest Prep Conference, not exactly a power conference in Wisconsin. As Hank Raymonds, then an assistant to Marquette coach Al McGuire, said in 1977, “I didn’t think his high school competition helped him.”

But this much could be said: Without Dudley, Marquette probably wouldn’t have won the 1977 NCAA championship. Yes, he had modest statistics in three seasons with the program after transferring from Michigan State, but let’s go back to March 17, 1977.

Marquette was struggling against Kansas State in a second-round game of the tournament, trailing by as many as 14 points. Late in the first half, Raymonds encouraged McGuire to put in Dudley, a little-used reserve who had played well recently in practice.

The 6-6 Dudley played a season-high 13 minutes and contributed four points and three rebounds and played spirited defense in helping Marquette rally to a 67-66 victory. And 30 years later during an anniversary dinner for that team, Raymonds said Marquette would not have won its national championship without Dudley.

Getting back to his high school career, yes, Prairie played weak competition at that time, but it wasn’t Dudley’s fault. He finished his high school career as Racine’s all-time leading scorer and earned fourth-team All-State honors after averaging 21.8 points, 11.7 rebounds and 4.7 assists.

On March 7, 1977, that day after John McGuire won his sixth state championship for St. Catherine’s, Park hosted 19-0 Case, the state’s top-ranked team, in a WIAA Class A regional in a packed fieldhouse.

Behind Washington, a 6-1 forward who joined St. Catherine’s Harvey Knuckles as a first-team AP All-State selection that season, Case was favored. But after losing to the potent Eagles twice during the regular season, Park coach Tom Sager used a slow, deliberate offense and pulled off a stunning 41-39 victory.

That doesn’t detract from Washington’s career. He averaged 14.5 points as a senior on a balanced Case team — teammates Kevin Berryhill and John Geshay also earned first-team All-County honors that season — and went on to greater things.

Transitioning to guard, Washington helped UW-Eau Claire to a fourth-place finish in the NAIA Tournament in 1980 and to third place in ‘81.

Washington, 61, has battled cancer and has been undergoing kidney dialysis in recent years. His days as a basketball player are long in the past, but he continues to battle — just as he did 40 years ago as a player.

“Rather than feel sorry for myself, why not just face it head on?” Washington said. “You’ve got to try to beat it. So being the competitor that I am, I feel that I have to try to fight it.” 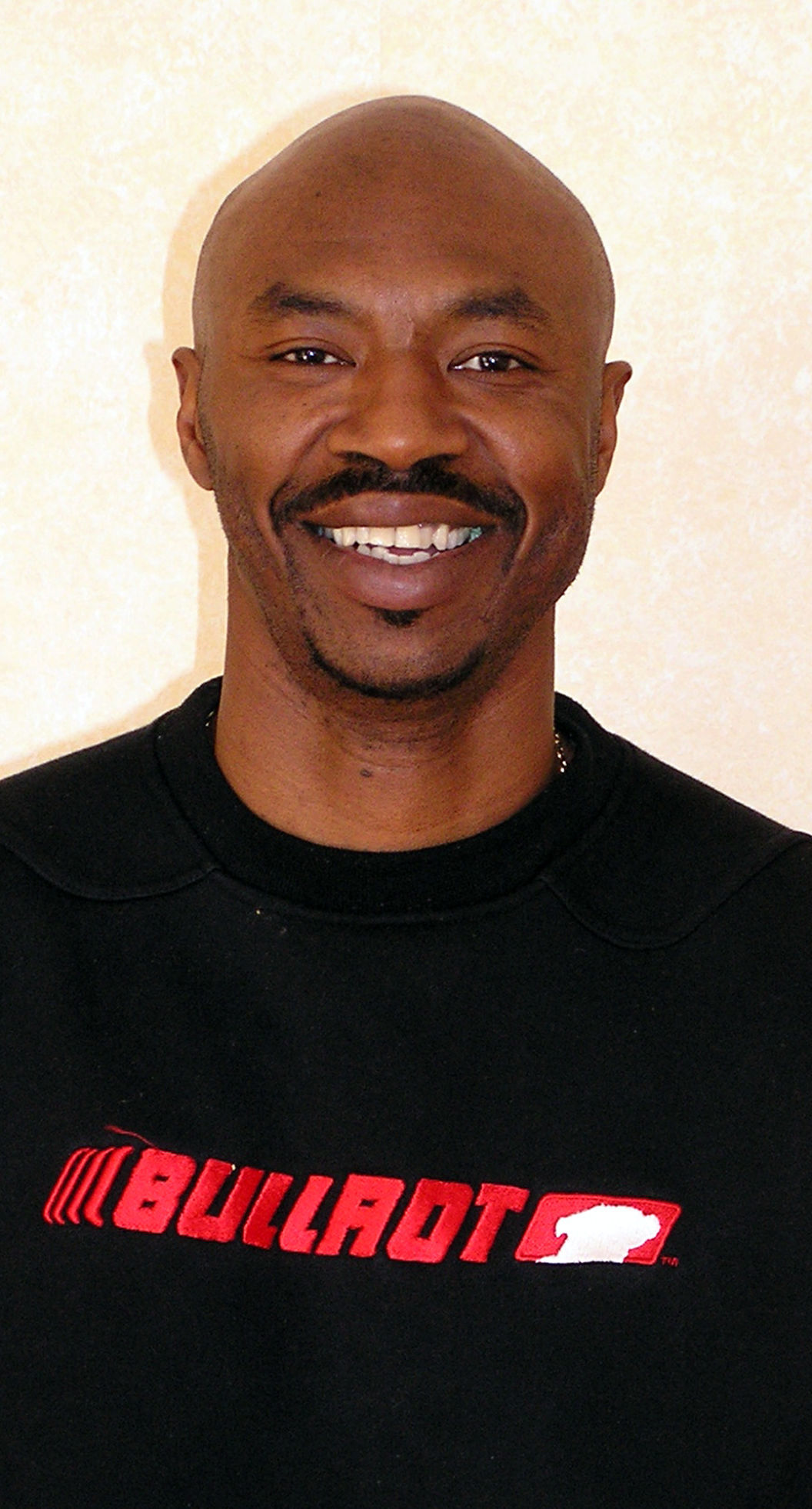 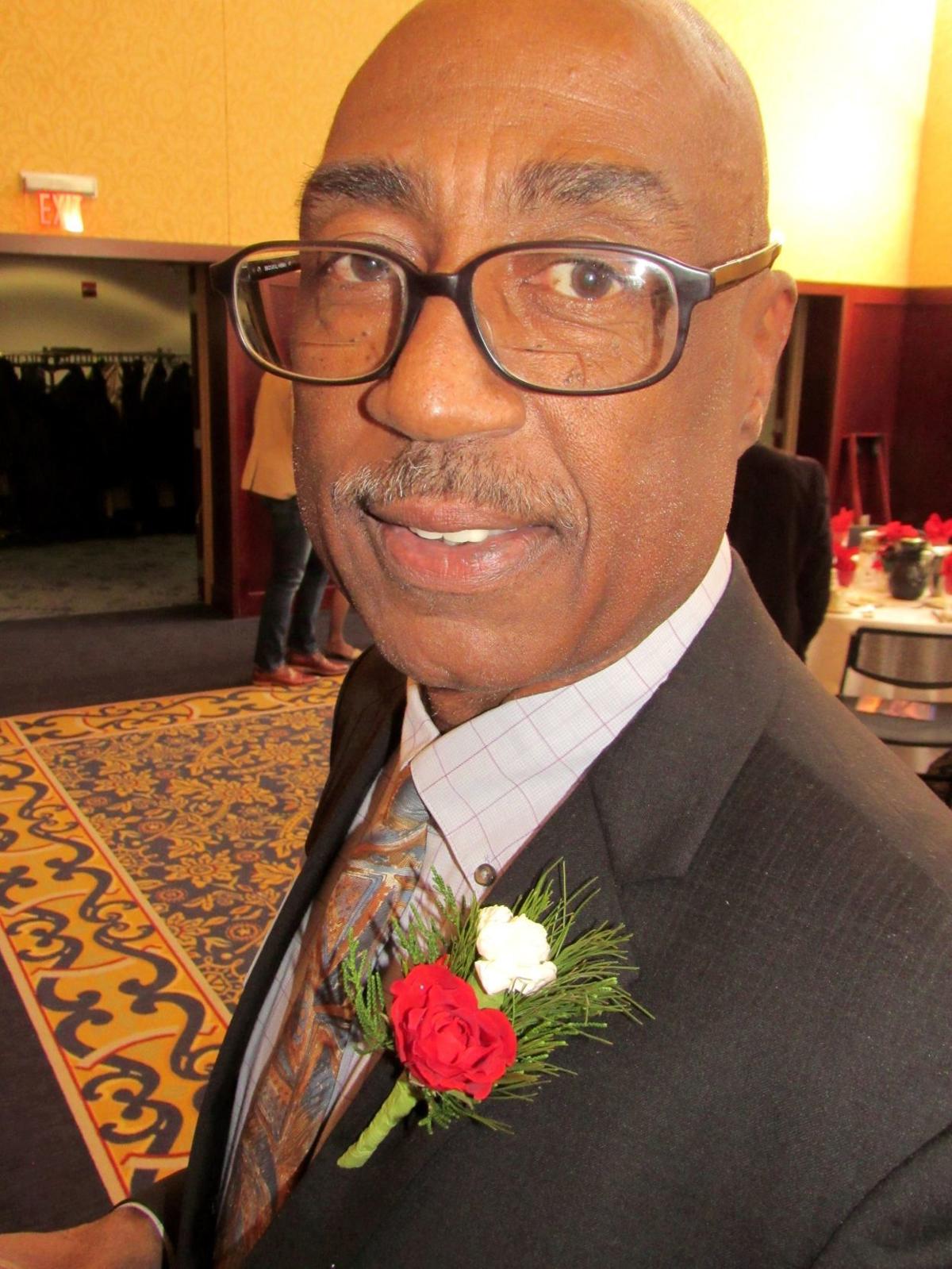 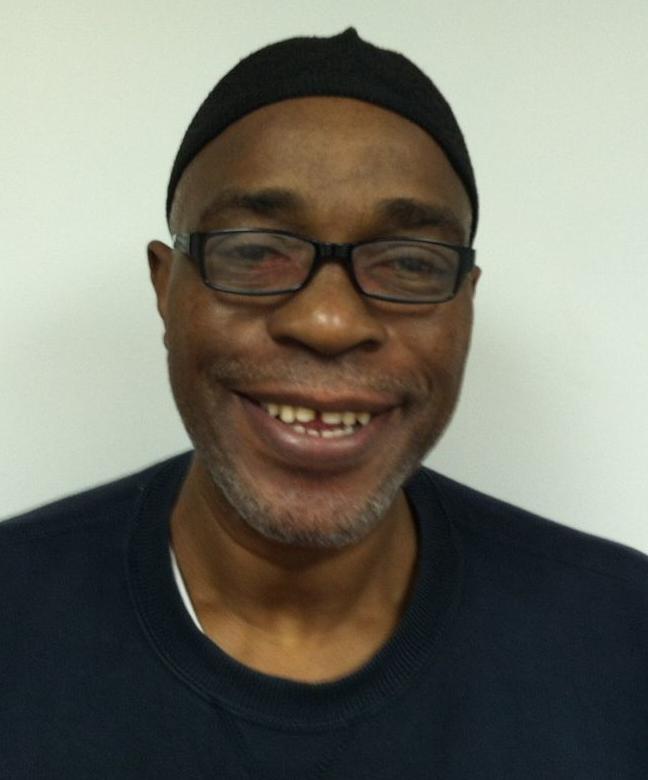