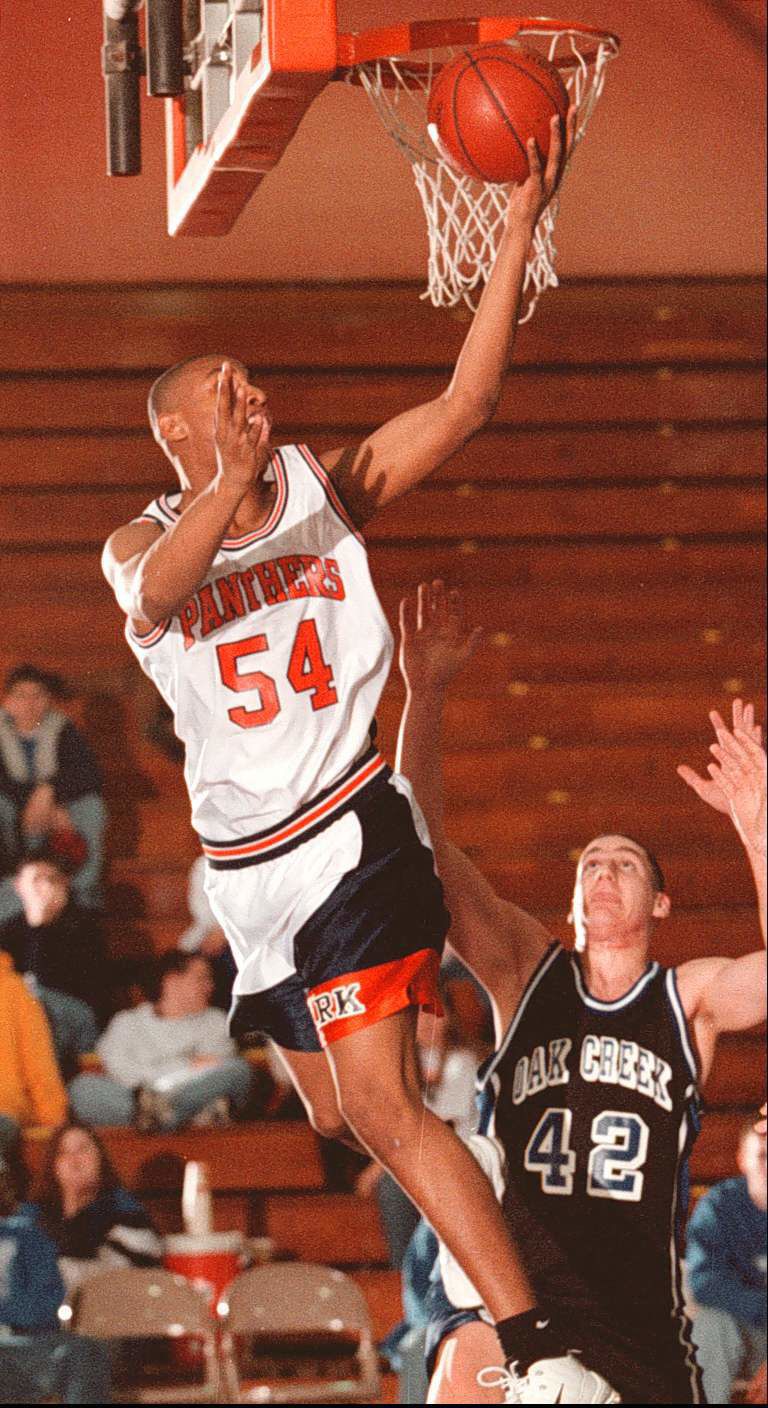 Caron Butler of Park scores against Dan Gitlewski of Oak Creek Feb. 20, 1998 at Park. Butler has been chosen by Journal Times sportswriter Peter Jackel as the best boys basketball player in Racine County during the 1990s.

Jim McIlvaine attempts a free throw for Marquette as a senior in 1994. The 7-1 center was the AP Player of the Year in Wisconsin as a senior at St. Catherine's in 1990. 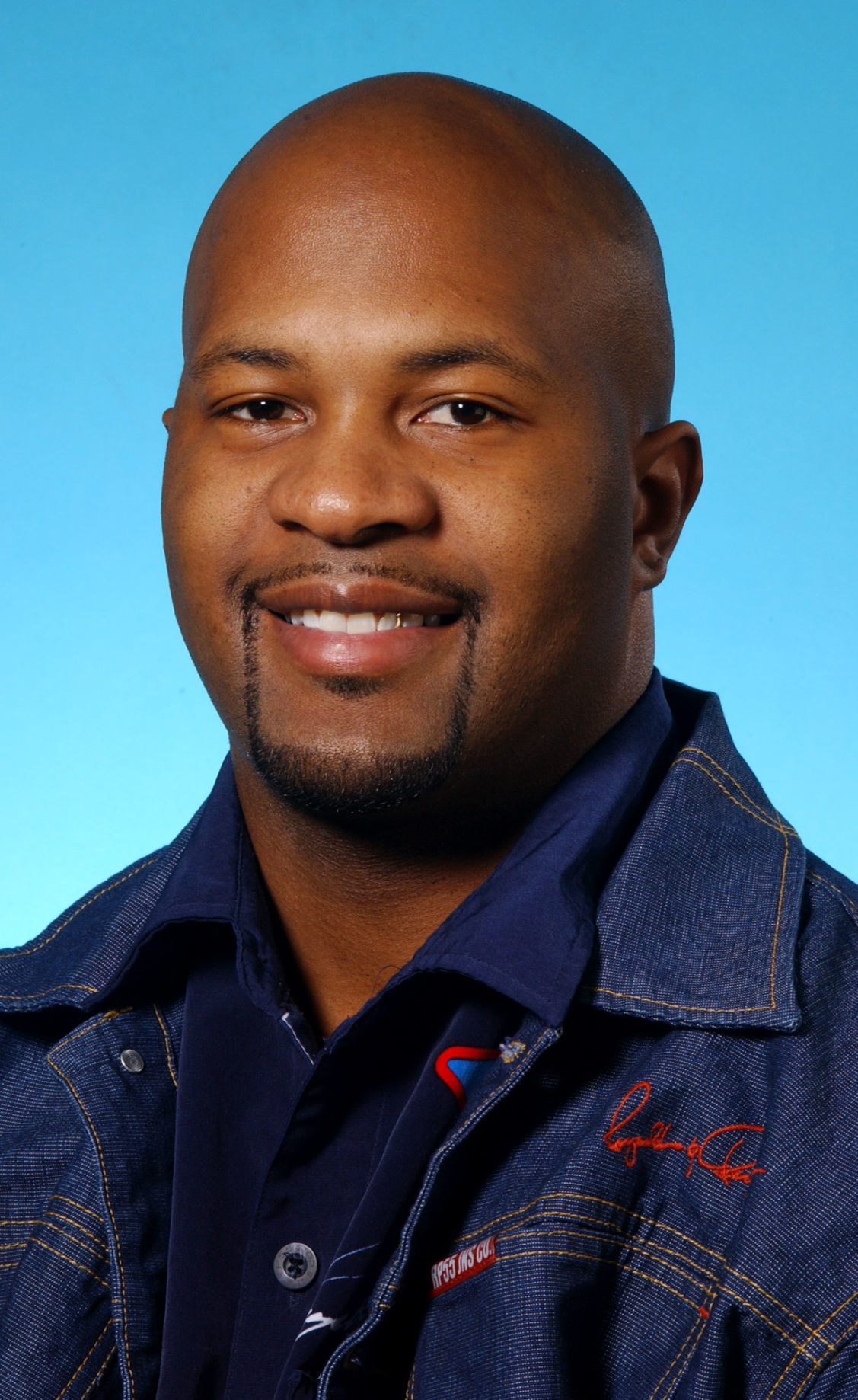 When trying to identify the finest boys player from Racine County for the period covering 1990-99, the choice came down to two players who combined for 21 seasons in the NBA.

Their names are Jim McIlvaine and Caron Butler.

The 7-foot McIlvaine was a sickly kid who missed stretches of games through his junior year of 1988-89 although he was developing into what St. Catherine’s coach Bob Letsch described as, “our intimidator.” And then came his senior season, when McIlvaine was named the Associated Press Player of the Year in Wisconsin.

To date, McIlvaine is the most recent male player from Racine County to receive that honor.

Butler, meanwhile, enrolled at Park for the second semester of the 1996-97 school year after a troubled previous few years. And then he blossomed into a first-team AP All-State player in 1997-98, the only full season he played at Park before moving on to a prep school.

Both played at the major-college level, McIlvaine at Marquette and Butler at Connecticut. Both became financially set for life by playing in the NBA. And both have led productive lives following their playing careers.

In choosing between the two, I’ll go with Butler. He was the 10th overall selection in the 2002 NBA draft by the Miami Heat. He made the All-Rookie team, was a two-time NBA All-Star, earned a championship ring with the Dallas Mavericks in 2011 and ended up playing 14 seasons with a total of nine teams.

Just how memorable was the 1990s in terms of boys’ basketball in this county? One of the players who didn’t make my first team was Taron Barker, who led Case to the 1999 WIAA Division 1 championship. Another who missed out was Mike Scott, a first-team All-State forward for Case in 1994.

The date was February 14, 1997 in Park’s fieldhouse. Park was hosting Horlick. And a 6-5 kid listed as “James Butler” in the game program was making his first appearance in a Park uniform.

He was James Caron Butler, who would, of course become known by his middle name. Park had been blown out by Horlick 75-43 in the first meeting that season, but in the rematch, the Panthers were within 58-53 with three minute to play before losing 72-63.

What was the difference? That Butler kid who had 15 points and 14 rebounds in his first varsity high school game,

“He made all the difference in the world,” Park coach Doug Whiteley said after the game.

More than 22 years later, he has an NBA championship ring, collaborated on a book, “Tuff Juice,” that detailed his emergence from a troubled life, has worked as an analyst for NBA games and has often donated money and time to benefit his hometown. Also, his son, JC, became the all-time leading scorer in Racine County among boys as a senior at Prairie in 2018.

“He’s so versatile, he’s amazing,” said Case guard Taron Barker, who led his team to the Division 1 state championship in 1999. “He can do things that no big guy can do.. He can dribble, he can shoot, he can jump and he can play defense. Whenever you play a team that Caron’s on, you think, ‘We’ve got to get the ball out of his hands.’ “

He took his first big step as a junior during the 1988-89 season, when McIlvaine averaged 19.5 points and 10.3 rebounds per game. McIlvaine occasionally missed games because of sickness, but he was an imposing inside presence when he did get on the floor. He earned second-team All-County honors as a junior before making a quantum leap to greatness.

As a senior, this intimidator averaged an amazing 8.1 blocked shots along with 22.8 points and 11.0 rebounds per game. The Angels went 21-4 and advanced to the quarterfinals of the WISAA Tournament even though McIlvaine was surrounded by four new starters. His final game high school game was a heartbreaker as St. Catherine’s lost 51-50 to De Pere Abbott Pennings in that quarterfinal.

McIlvaine was named the AP Player of the Year in Wisconsin, edging by one vote Milwaukee Washington’s Calvin Rayford and Janesville Craig’s Robb Logterman for the honor. That latter player was McIlvaine’s teammate at Marquette under coach Kevin O’Neill from 1990-94.

“I think he improved 100% over his junior year,” Milwaukee Pius XI coach Tom Diciaula said of McIlvaine in 1990. “I know that in his first two years, he was always sick and hurt. I think he just grew up.”

After earning honorable mention All-America honors as a senior at Marquette, McIlvaine was selected with the 32nd pick in the 1994 NBA draft by the then Washington Bullets. He went on to play seven seasons with the Bullets, the Seattle SuperSonics (who became the Oklahoma City Thunder) and the New Jersey Nets (who have since relocated to Brooklyn).

McIlvaine made major news in 1996, when the SuperSonics lured him away from the Bullets with a controversial contract worth $33.6 million over seven years.

Two years after retiring in 2001, McIlvaine became a popular color analyst for Marquette basketball broadcasts. He left that position in 2018 to relocate to Florida with his family.

This 6-8 kid left the tropical paradise of Nassau, Bahamas, where he was born, to develop his considerable skills in the United States. Finding a home with Rudy Collum, a longtime basketball coach in the area who became his legal guardian, Goodman went on to lead Racine Lutheran to WISAA Division 3 championship game appearances as a sophomore and senior.

He had 11 points and 12 rebounds in Lutheran’s agonizing 51-49 championship loss to Fond du Lac St. Mary’s Springs in the 1993 championship game. It ended the Crusaders’ 22-game winning streak.

Goodman transferred to Park for the fall 1993 semester before returning to Lutheran in January 1994. As a senior during the 1994-95 season, Goodman was part of a star-studded team that also included forward Alex Scales and guard Ricky Collum, each of whom earned All-State honors as seniors the following season, that won the state championship.

Goodman scored 30 points in the Crusaders’ thrilling 72-68 victory over Sheboygan Christian at the Milwaukee Arena. The championship was secured only after a crucial steal by Ricky Collum down the stretch.

Until that season, it was widely considered that 1983 Lutheran graduate Tim Naegeli, who went on to become an NAIA All-American under coach Dick Bennett at UW-Stevens point, was the program’s greatest player. Goodman might have taken over that distinction after averaging 21.3 points and 13.2 rebounds.

He earned first-team AP All-State honors and was the county’s player of the year that season.

“Javan’s the best player we ever had at our school without a doubt and Tim would tell you the same thing,” Lutheran coach Jeff Christensen said in 1995.

Goodman went on to play for Loyola of Chicago and averaged 14.1 points and 8.2 rebounds in 111 career games.

When one superstar graduated in 1995 from Lutheran — Javan Goodman — another replaced him as the focal point. And Scales might have been even better. In fact, he was so good, that he fell one vote short of being named the AP Player of the Year in Wisconsin as a senior.

The 6-4 Scales was so good that the Crusaders hardly missed Goodman during the 1995-96 season. They went 22-3 — which gave them a two-year record of 45-4 — and defeated Fond du Lac St. Mary’s Springs 62-46 in the WISAA Division 2 championship game. Scales scored 16 points in his final high school game.

After the victorious Crusaders were leaving the Milwaukee Arena court, a courtside broadcaster could be heard saying, “I think we could all agree that Racine Lutheran could go into the public schools Division 1 tournament and come out first or second.”

He went on to play for 19 teams in a career that lasted until 2017, when he turned 39. He appeared in one regular season game for the San Antonio Spurs during the 2005-06 season.

Teams that played St. Catherine’s during Marcus West’s three seasons as a starter rarely bothered to press. Any opposing coach who dared to saw that press sliced up by the ultra-quick West, a master ballhandler.

West started as a sophomore for St. Catherine’s beginning in the fall of 1990, the same year McIlvaine graduated. With Letsch restructuring his offense to highlight the skills of his 5-9 guard, he averaged 15.3 points and 3.3 rebounds.

And then came the good stuff. West was the floor leader on a St. Catherine’s team that defeated Milwaukee Marquette 67-51 in the 1992 WISAA Division 1 championship game.

One year later, West led the Angels to a repeat with a 64-50 victory over Milwaukee Pius XI. In those two championship seasons, St. Catherine’s went 45-7.

He earned first-team All-State honors and was the county’s player of the year in 1993 after averaging 17.8 points, 5.3 rebounds and 5.0 assists per game.

West went on to play two seasons at Northeastern Illinois and two at Marquette. In 61 games for Marquette from 1996-98, West averaged 4.9 points, 3.6 assists and 2.2 rebounds per game.

The best of the rest

Caron Butler of Park scores against Dan Gitlewski of Oak Creek Feb. 20, 1998 at Park. Butler has been chosen by Journal Times sportswriter Peter Jackel as the best boys basketball player in Racine County during the 1990s.

Jim McIlvaine attempts a free throw for Marquette as a senior in 1994. The 7-1 center was the AP Player of the Year in Wisconsin as a senior at St. Catherine's in 1990. 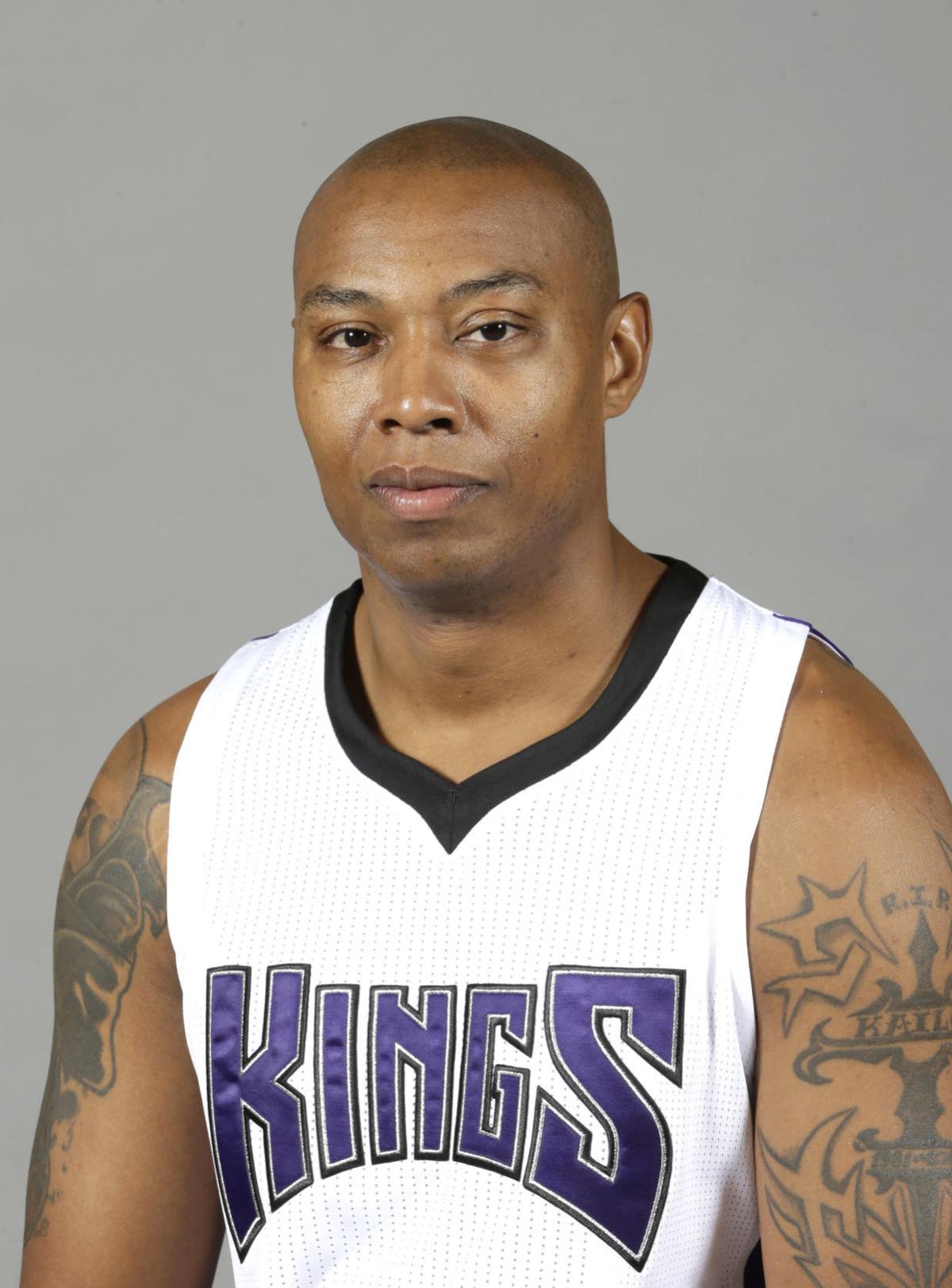 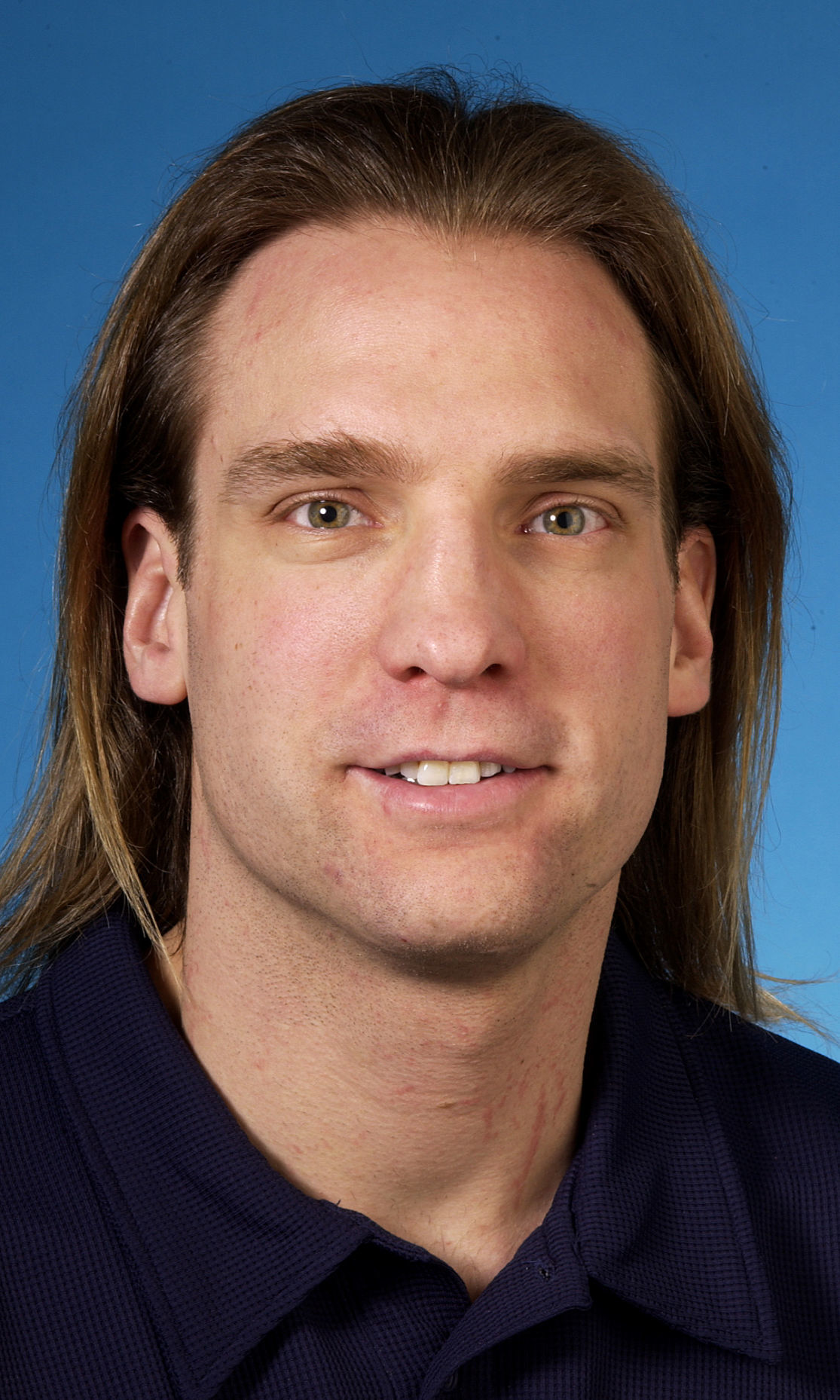 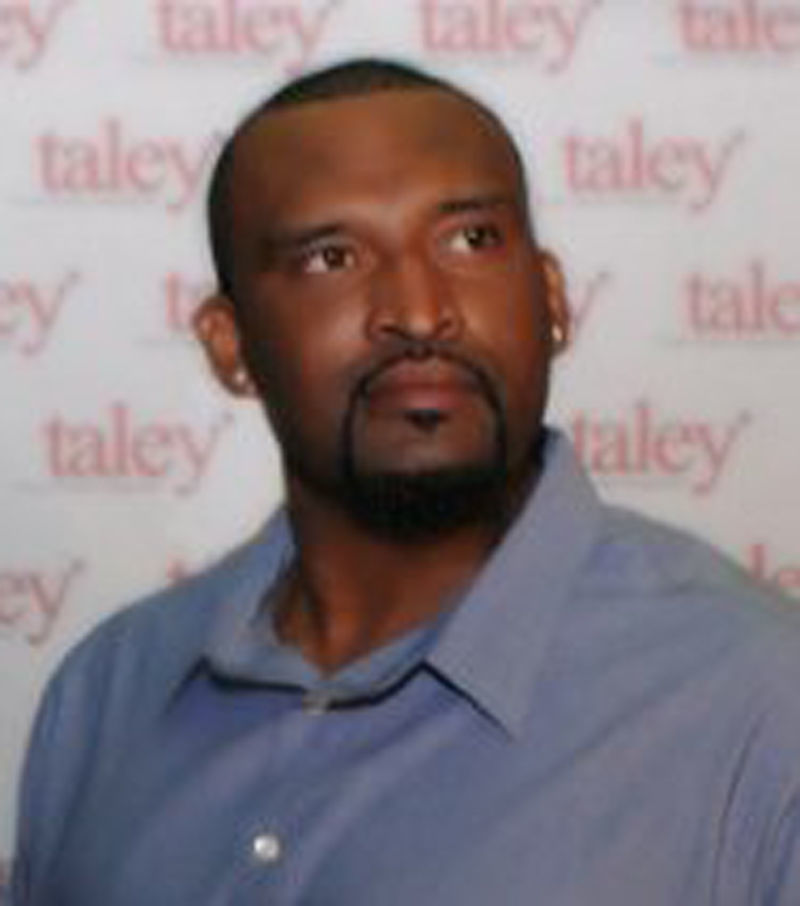 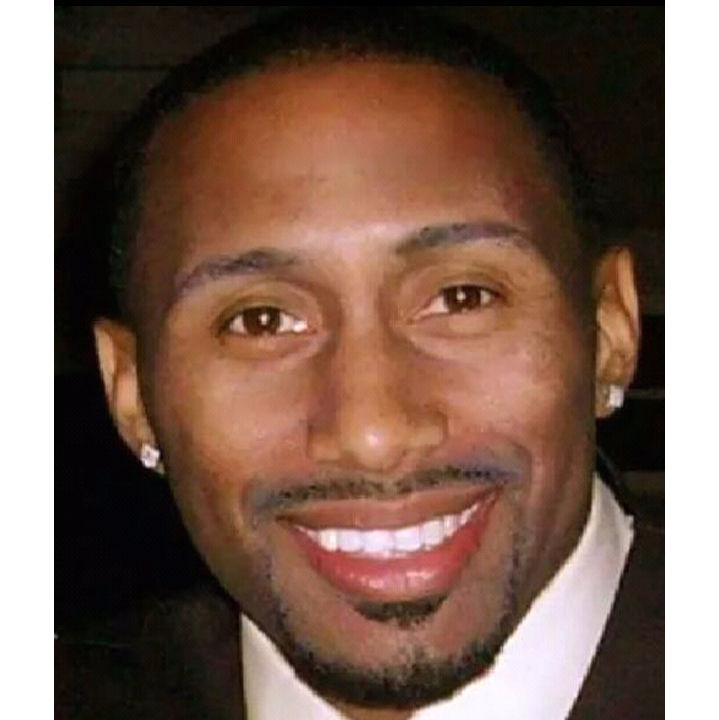