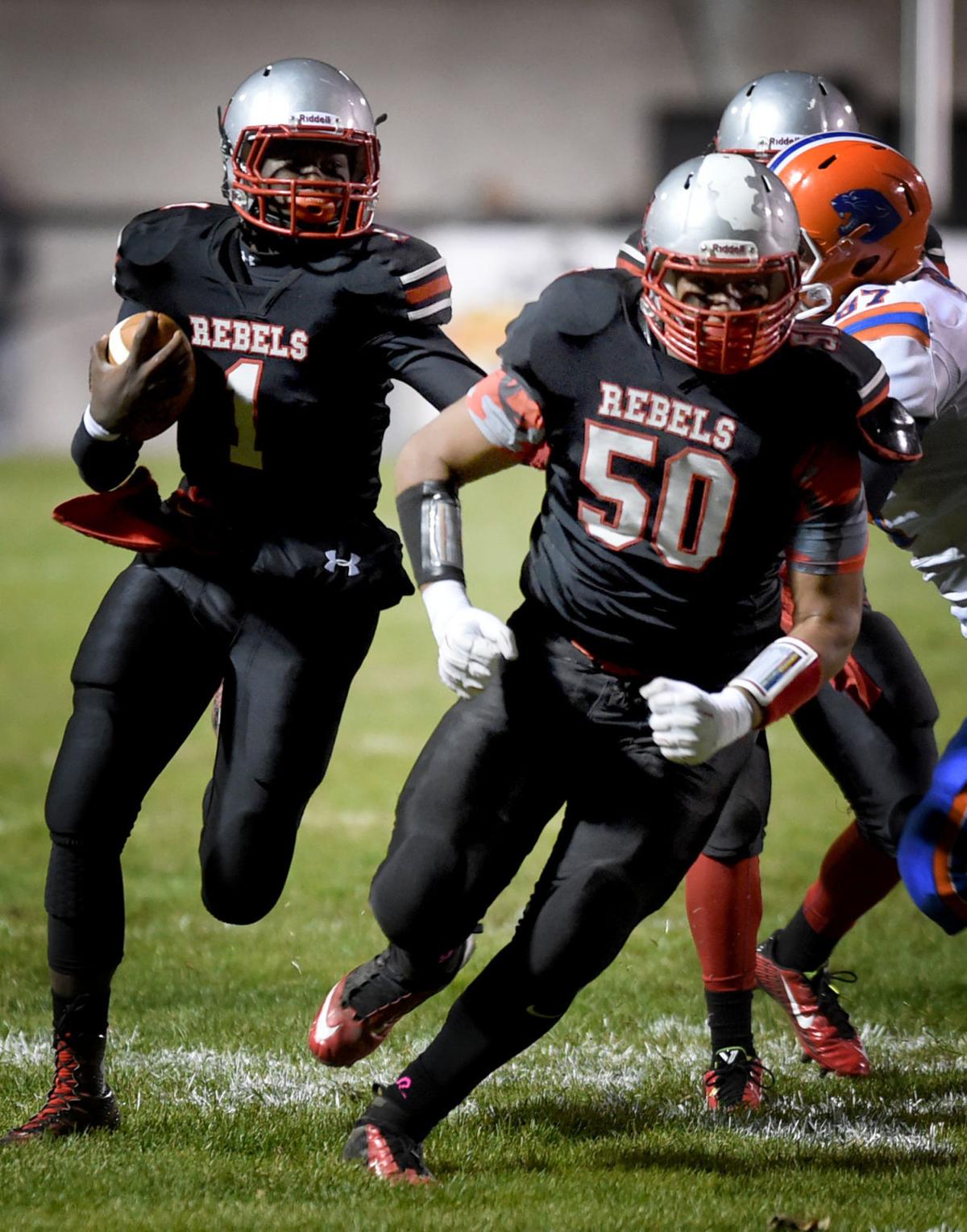 Horlick’s Dionne Triggs runs behind Jordan Gallagher (50) during the first quarter of a Southeast Conference game Friday night at Horlick Field. Triggs passed for one touchdown and rushed for another in the Rebels’ 40-7 victory. 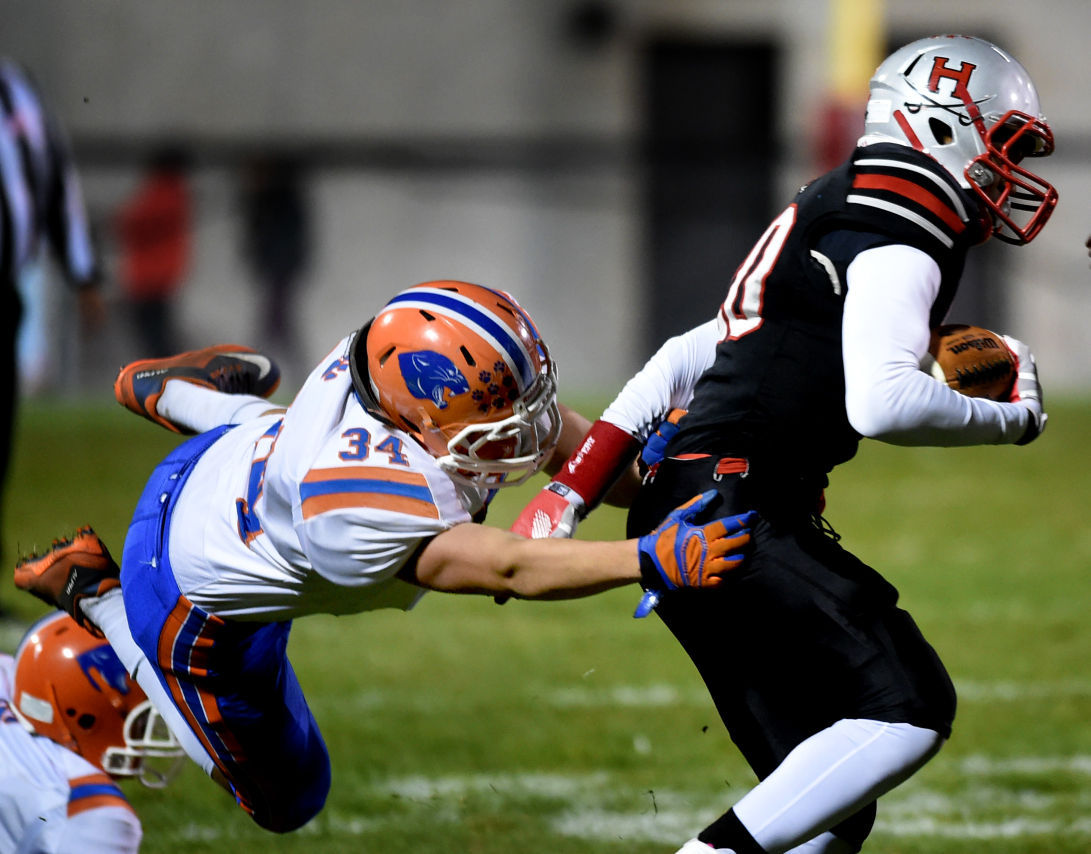 Even though the Rebels beat Park 40-7 at Horlick Field in the 90th meeting of the two schools, Fletcher was far from satisfied. It was Horlick’s fourth straight victory over Park.

“The biggest thing tonight is that I wasn’t really happy with the way we played at all in the first half,” Fletcher said. “We must get better if we’re going to be successful in the playoffs.”

The game was scoreless in the first quarter as neither team could get anything going, but the second quarter belonged to the Rebels (5-4, 5-2 SEC).

On the first play of the second quarter, quarterback Dionne Triggs hit Tavares Adams on a 9-yard touchdown pass to complete a 30-yard drive set up by one of four Park fumbles.

“We’ve been playing like that all year long,” Park coach Dennis Thompson said. “We can’t put the ball on the ground.”

The Panthers (0-9, 0-7 SEC) failed to convert on fourth down on their ensuing possession and the Rebels turned it into points. A 55-yard run by Joe Garcia got them to the Park 6 and Triggs ran it in from 2 yards out for a 13-0 lead.

Park fumbled again with three minutes left and on the next play, Garcia ran 50 yards for a touchdown and it was 19-0 at halftime.

Garcia wasn’t done yet. On the second play of the third quarter, he broke away for a 58-yard touchdown run and a 27-0 Horlick lead.

Park was able to move the ball at times, but the Rebels defense was solid most of the game. The Panthers drove from their own 41 to the Horlick 32 midway through the third quarter, but Noah Clark sacked Park quarterback Kellon Hargrove for a 13-yard loss to slow the drive.

After the Rebels got the ball back on their 15-yard line with 6:10 left in the third quarter, they went on a 14-play drive that culminated with an 10-yard run by Adam Rosquist with five seconds left in the quarter. It was 33-0 after that and Fletcher brought in the subs for most of the fourth quarter.

Akili Boatner made it 40-0 with 6:03 left in the game on a 2-yard run set up by a 5-yard facemask penalty and an unnecessary roughness penalty.

Park finally broke the shutout with 1:17 on a 54-yard pass from Hargrove to Marquisse Peet-Williams.

Fletcher feels the Rebels are on the verge of playing the type of game he’s been looking for.

“I still don’t think we’ve played a complete game yet this year and I’m hoping Week 10 (first round of the WIAA playoffs) will be that week,” Fletcher said.

Park had its second winless season in the past three years.

Horlick’s Dionne Triggs runs behind Jordan Gallagher (50) during the first quarter of a Southeast Conference game Friday night at Horlick Field. Triggs passed for one touchdown and rushed for another in the Rebels’ 40-7 victory.