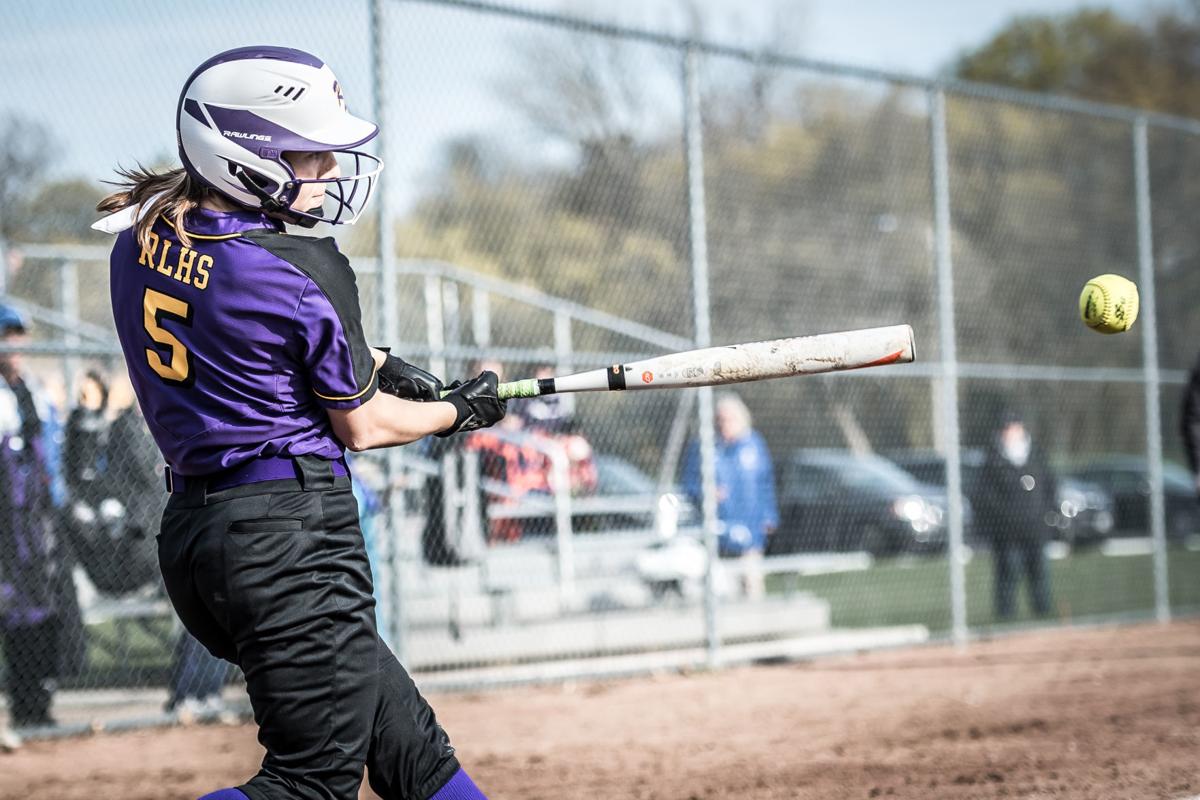 Racine Lutheran's Megan Walek bats during the Crusaders' 6-5 Metro Classic Conference victory over Catholic Central Wednesday at Island Park. Walek went 2 for 3 with an RBI and scored a run. 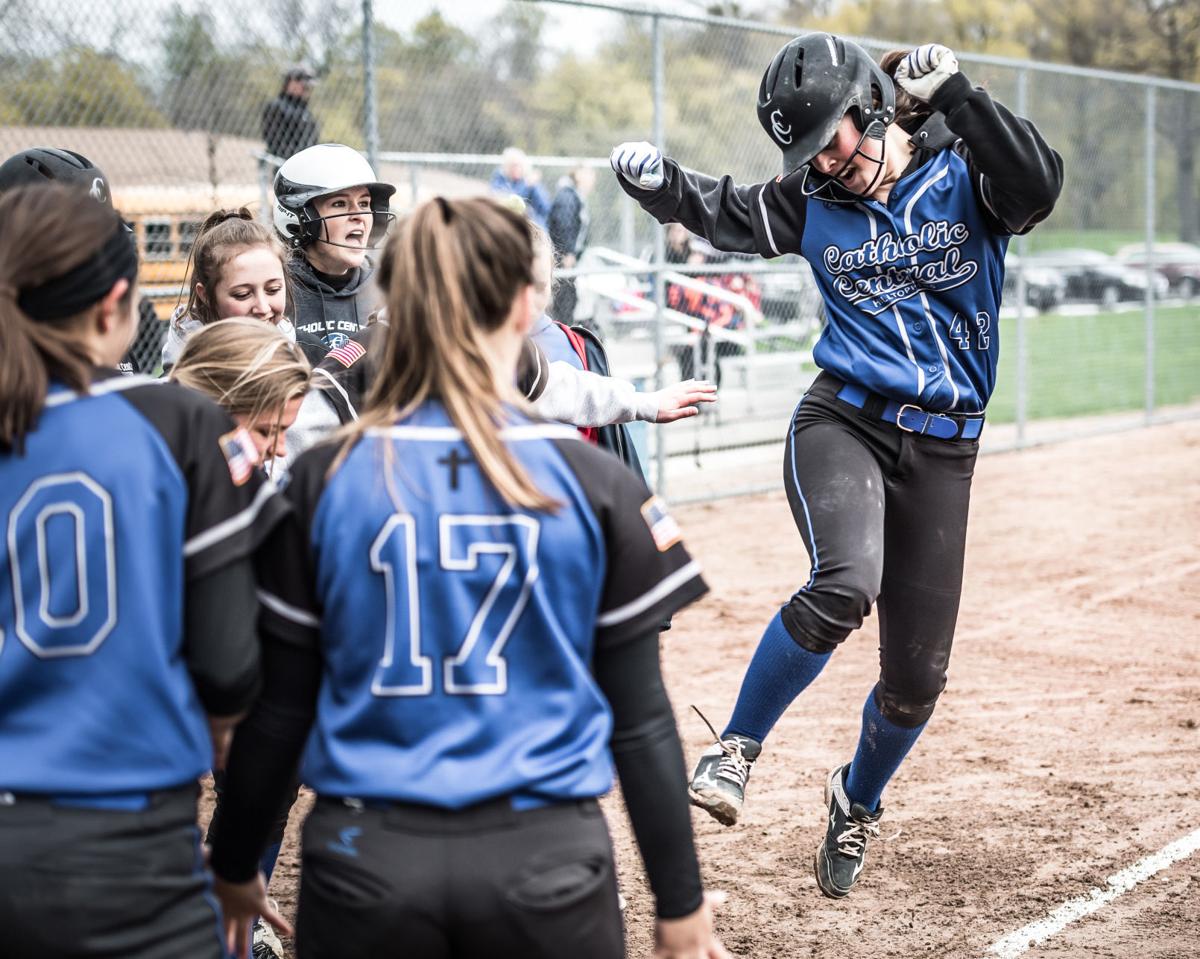 The St. Catherine’s High School girls soccer team went into its match against Catholic Central Wednesday with a handful of injuries, but the message was still the same from coach Ben Lake — try and gut out a win.

The Angels did just that at SCORe in Caledonia, defeating their Metro Classic Conference opponent 2-1.

Juana Ramirez put the Angels back on top in the 75th minute when she dribbled past two defenders and rifled a shot into the back of the net.

“This was one of Isabella’s best games for us, especially with a couple of our defenders hurt,” Lake said. “We didn’t play great, but we were able to grind out a win.”

Goalkeepers Claire Coffman and Maggie Dreifuerst each had a save in the shutout.

The Lancers scored five goals in the first half in the span of 20 minutes, then added two more in the second half.

The Crusaders (4-6, 1-3 MCC) were without starting goalkeeper Lexi Thomas because of an injury, Lutheran coach Peter Laboda said.

“Sam is really composed in net for a freshman,” Laboda said.

KENOSHA BRADFORD 10, PARK 0: The Panthers were no-hit in a Southeast Conference game at Kenosha.

Kat Schmierer pitched a complete game for the Crusaders (11-4, 9-1 MCC), allowed five runs on eight hits and struck out six. She also doubled in two runs in the sixth inning to tie the game at 5-5.

“This was a battle tonight,” Lutheran coach Becky Demuth said. “This was a good test of all aspects of our game to come from behind and then hold them to take the win.”

“We were a bit sloppy today,” St. Catherine’s coach Keith Ruelle said. “You can’t give good teams extra outs to work with.”

“We put the ball in play, but we weren’t getting the ball to fall our way today,” said Horlick coach Kerry Timler.

UNION GROVE 8-11, DELAVAN-DARIEN 0-1: On Tuesday, the Broncos swept a Southern Lakes Conference doubleheader at Delavan and totaled 23 hits in the two games.

In game one, Angela Slattery pitched five shutout innings, allowed two hits and struck out five. Kayli Pfeffer came on in relief and fired two shutout innings with four strikeouts. Pfeffer also did most of the Broncos’ damage at the plate, going 3 for 4 with two RBIs.

In game two, which was shortened to five innings, Pfeffer pitched a complete game, allowed one run and struck out four. Abby Boyle went 2 for 3 with three runs scored and four RBIs for Union Grove (9-10, 7-4 SLC).

“This is the time of the season we want to be running our best,” Waterford coach Jody Johnsrud said. “With the number of athletes achieving their bests tonight, it looks like we’re on the right track.”

Racine Lutheran's Megan Walek bats during the Crusaders' 6-5 Metro Classic Conference victory over Catholic Central Wednesday at Island Park. Walek went 2 for 3 with an RBI and scored a run. 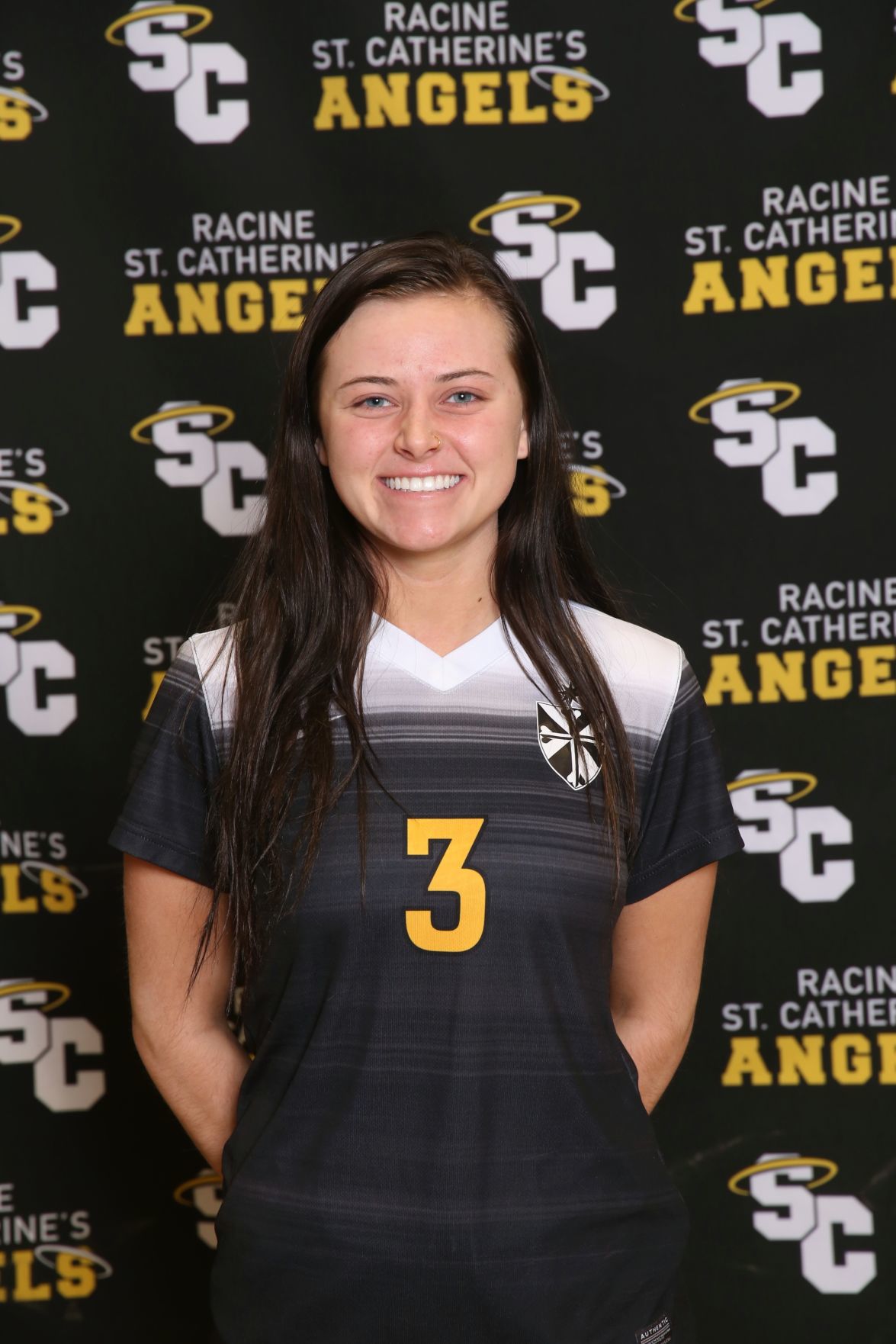 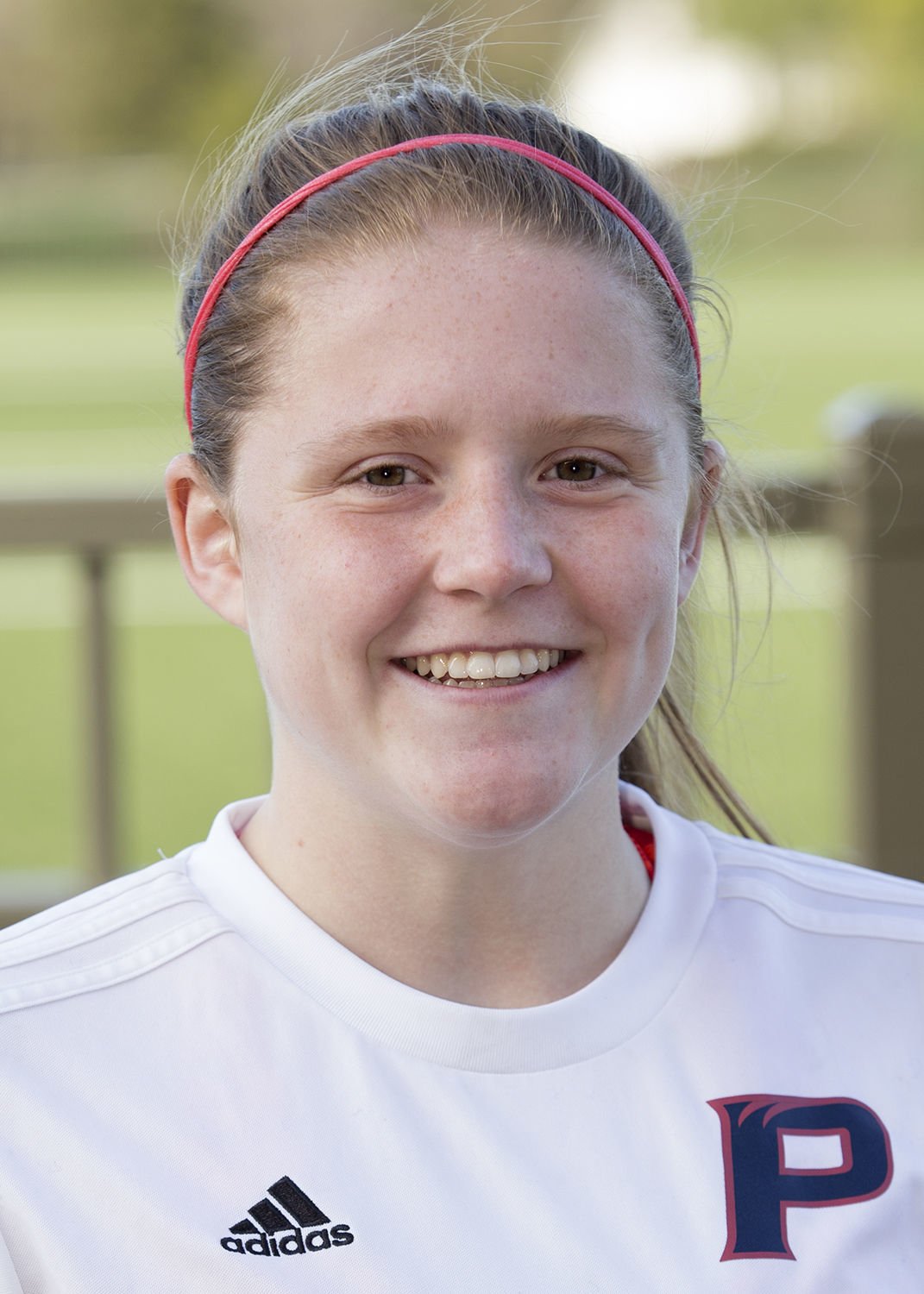 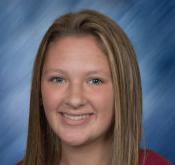 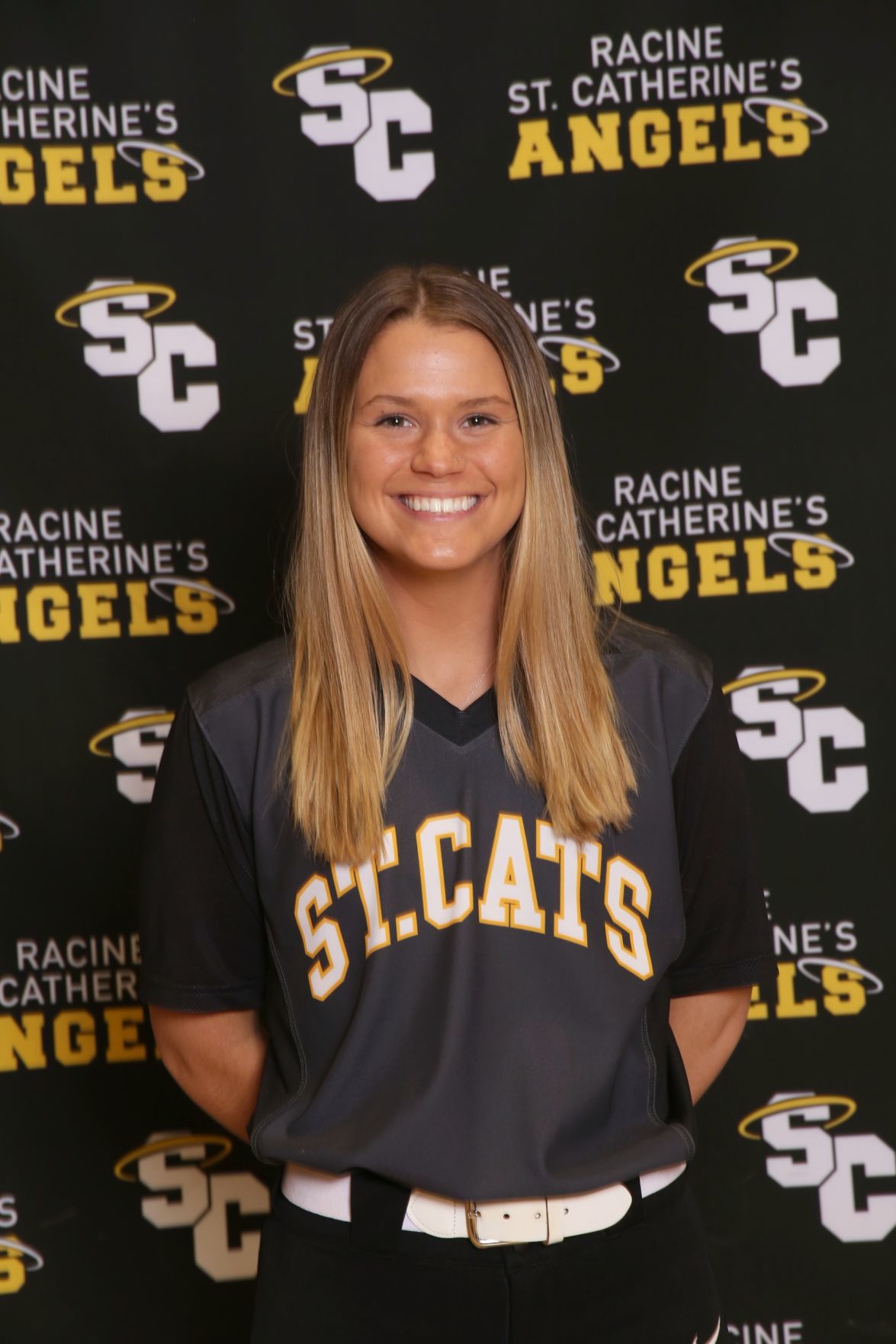 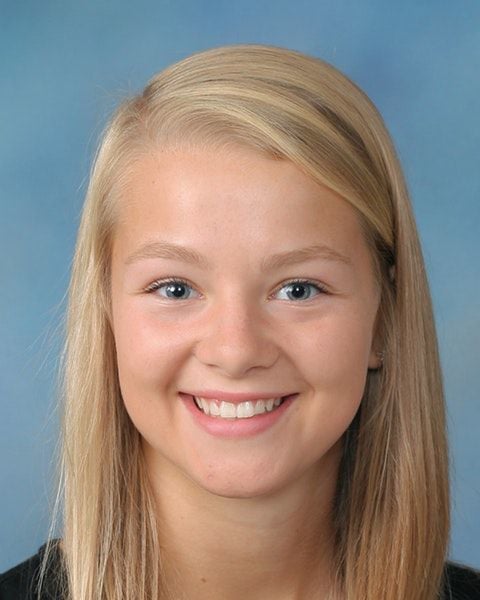 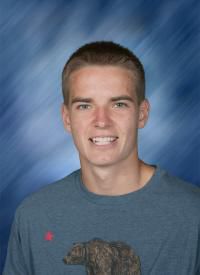