The Prairie School girls tennis team will be well represented Wednesday at the East Troy Sectional.

The Hawks had all three of their doubles teams, along with two singles players, qualify during play at the WIAA Division 2 Prairie Subsectional Monday at Prairie.

Leading the way for Prairie were Jaclyn Palmen and Lily Jorgenson, who rallied from a first-set loss to beat Emma Ziebell and Mariana Brick of Greendale Martin Luther 4-6, 6-2, 6-1 at No. 1 doubles.

At No. 2 doubles, after a first-round bye, Gabriela Davis and Magdalyn Dreifuerst beat Sarah Lesniewski and Tori Lemerande of Martin Luther 6-3, 6-0.

At No. 3 doubles, Callah Pessin and Sina Kotzeva beat Kamryn Hoppe and Alexa Alvarez of Kenosha St. Joseph 6-0, 6-0 in the first round and Amanda Leek and Maggie Norman of Walworth Big Foot 6-3, 6-2 in the second round.

Molly Cookman won her only match at No. 1 singles for Prairie, beating Jailyn Powell of Martin Luther 6-0, 6-3.

At No. 4 singles, Madeline Nelson advanced, beating Lauren Palmieri of St. Joseph in the second round after a first-round bye.

At No. 2 singles, the Hawks’ Tori Walker won her first match 6-0, 6-0 over Natural Sanchez of St. Catherine’s/Racine Lutheran, but lost 6-2, 6-3 in the second round to Jessica Tess of East Troy.

Kate Smith, at No. 1 singles, was the only St. Catherine’s/Lutheran player to advance to the sectional. Smith beat Hannah Altergott of St. Joseph 6-0, 6-4.

East Troy qualified all seven of their flights and totaled 24 points, which carry over to the sectional. Prairie was second with 18 points.

DIVISION 1 KENOSHA TREMPER SUBSECTIONAL: Burlington and Union Grove each had two qualifiers and Case had one from the subsectional for Wednesday’s Tremper Sectional.

Union Grove and Burlington each had a No. 2 doubles team qualify for the sectional.

“I thought they did a fantastic job fighting through adversity in their second match,” Broncos interim coach Ben Roettgen said.

For the Demons, CeCe Donegan and Abby Runkel beat Chloe Kroeger and Holly Valentine of Kenosha Bradford 6-1, 6-2 and Isabelle Capodarco and Allison Renner of Tremper 7-5, 1-6, 6-3.

Union Grove’s other qualifier was No. 4 singles player Mallory Dam, who did not lose a game in beating Savannah Keaskowski of Tremper and Nina Lall of Bradford.

“Mallory really had it going,” Roettgen said. “She had great control throughout both matches.”

Burlington’s other qualifier was the No. 3 doubles team of Payton Matson and Abby Boettcher, which beat Shaylee Hamm and Cassie Cudahy of Wilmot 6-1, 6-1 and Bella Greno and Taylor Wilmott of Indian Trail 6-3, 6-2.

For Case, Alaina Jaeck qualified at No. 1 singles, beating Tessa Stamm of Union Grove 6-4, 6-3. At No. 1 doubles, the Eagles’ Inaara McCray and Elizabeth Wieties won their pigtail match 6-1, 6-0 over Erena Dobrowski and Elizabeth King of Park, but lost 6-0, 6-0 to Wilmot in their next match.

Indian Trail qualified entries in five flights and scored 20 points, which carry over to the sectional. Union Grove, Kenosha Bradford and Westosha Central tied for second with 12 and Burlington is fifth with 10.

DIVISION 1 BADGER SUBSECTIONAL: Waterford, the only county team in the field, did not qualify anyone for the sectional.

WIAA DIVISION 1 HOMESTEAD SECTIONAL: Freshman Kendall Kafar, Burlington’s only sectional qualifier, shot a 108 and did not qualify for the WIAA State Tournament next week at Blackwolf Run in Kohler.

Among the state qualifiers from the sectional were freshman twins Kylie and Katelyn Walker of Westosha Central, who shot 81 and 82, respectively. The Falcons totaled 347 and missed a state berth by seven shots.

ST. CATHERINE’S 1, MARTIN LUTHER 0: A week after beating the Spartans 8-1, the Angels just had enough to edge Martin Luther in a Metro Classic Conference match at Greendale.

Coach Ben Lake said St. Catherine’s (7-2, tied with Prairie atop the MCC) played with very little energy, at least on the offensive side.

“We were very dull,” Lake said. “We should have played with much more energy — we weren’t playing hard at all.”

The Angels finally broke through in the 80th minute when, after what Lake called “a good build-up,” Victor Moreno scored off a cross by Juan Casares.

“Victor was hovering around the six (top of the crease) and he one-touched it in,” Lake said. “We had two other shots we missed point-blank.”

Lake praised the defense, which played well in front of goalkeeper Pedro Serratos, who made two saves. One of them was a quality save, Lake said, when Serratos redirected a shot heading for just inside the post with his right foot.

SHORELAND LUTHERAN 2, PRAIRIE 1: The Hawks had an unlucky night at Somers and were upset by the Pacers in a Metro Classic Conference match.

Prairie (7-2) scored the first goal of the night when Henry Schumacher scored off a Cam McPhee assist in the 25th minute.

About nine minutes later, the first unlucky play of the night came when Shoreland (3-6) took its first shot of the match. The ball went high in the air, Prairie goalkeeper Devin Stoltenberg couldn’t locate it and it bounced into the goal.

“He lost it in the lights,” Hawks coach Corey Oakland said. “Devin is an outstanding goalkeeper and he felt terrible, but there was nothing he could do.”

The score was 1-1 at the half and 10 minutes into the second half, the Pacers got a gift goal because of miscommunication in the defense.

“We were playing it back (to Stoltenberg) and I’m not sure what happened,” Oakland said. “Devin came out and the one (Shoreland) guy down there got a wide-open goal.

“It was just one of those nights.”

CATHOLIC CENTRAL 3, DOMINICAN 0: The Lady Toppers continued to roll through the rest of the Metro Classic Conference, improving to 10-0 in matches and 30-0 in games with a 25-18, 25-17, 25-22 victory over the Knights at Burlington.

Catholic Central coach Wayne Schultz said Kelly Pum and Ella Shaw helped the Lady Toppers with long service runs in the first two games. In the third game, Cara Krien, who finished with 11 kills and had a hitting percentage of .625, had several big kills, he said.

Cate Yunker had 44 assists and Grace Semrau led the defense with 16 digs.

Watch Now: Peter Jackel: Back with his boys

What a spring it was for Racine County high school sports teams in the Southern Lakes Conference.

MOUNT PLEASANT — Paige Wood (nee: Weslaski) is expecting her first child, a daughter, in mid-August. There won’t be any suspense within her fa…

Gehring has worked in the Beaver Dam School District since 2002 and has been an associate principal and the athletic director and activities director since 2013.

RACINE — When Anton Graham was officially hired as the ninth head coach in the 55-year history of the Case High School football program, he kn…

In sectional finals, the Wisconsin Interscholastic Athletic Association has a tradition of handing out medals to both participating teams afte… 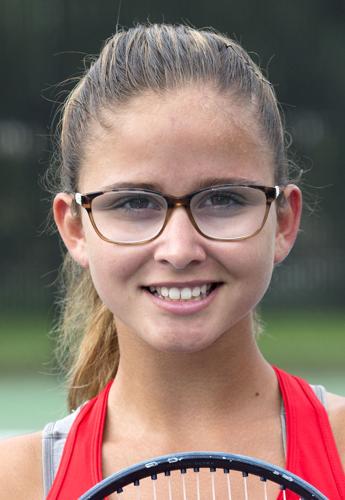 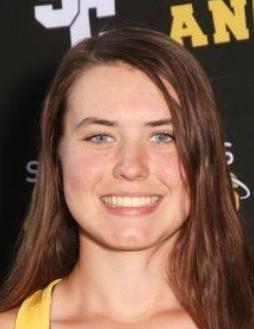 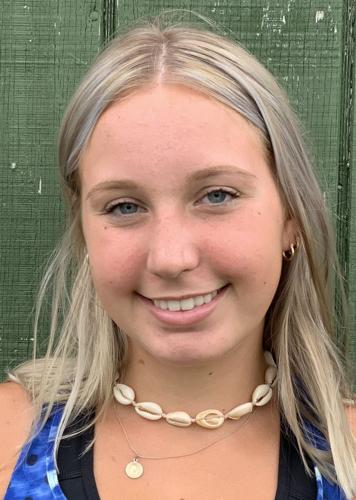 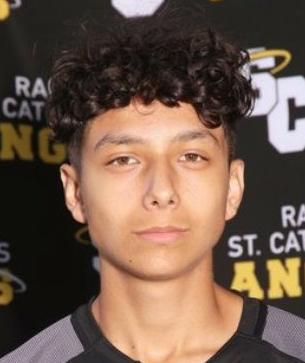 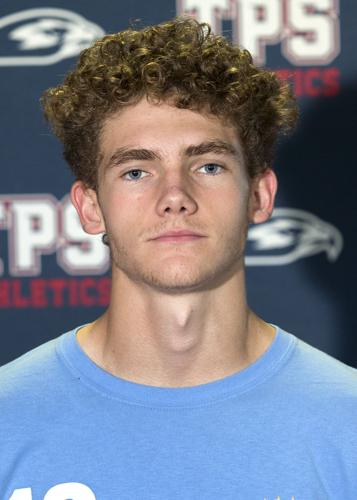 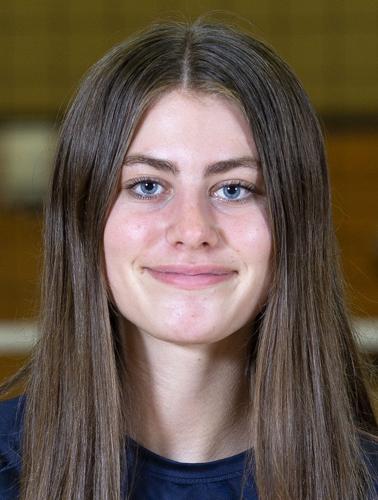 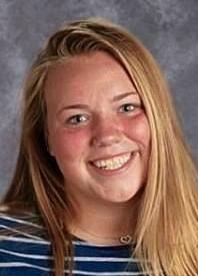