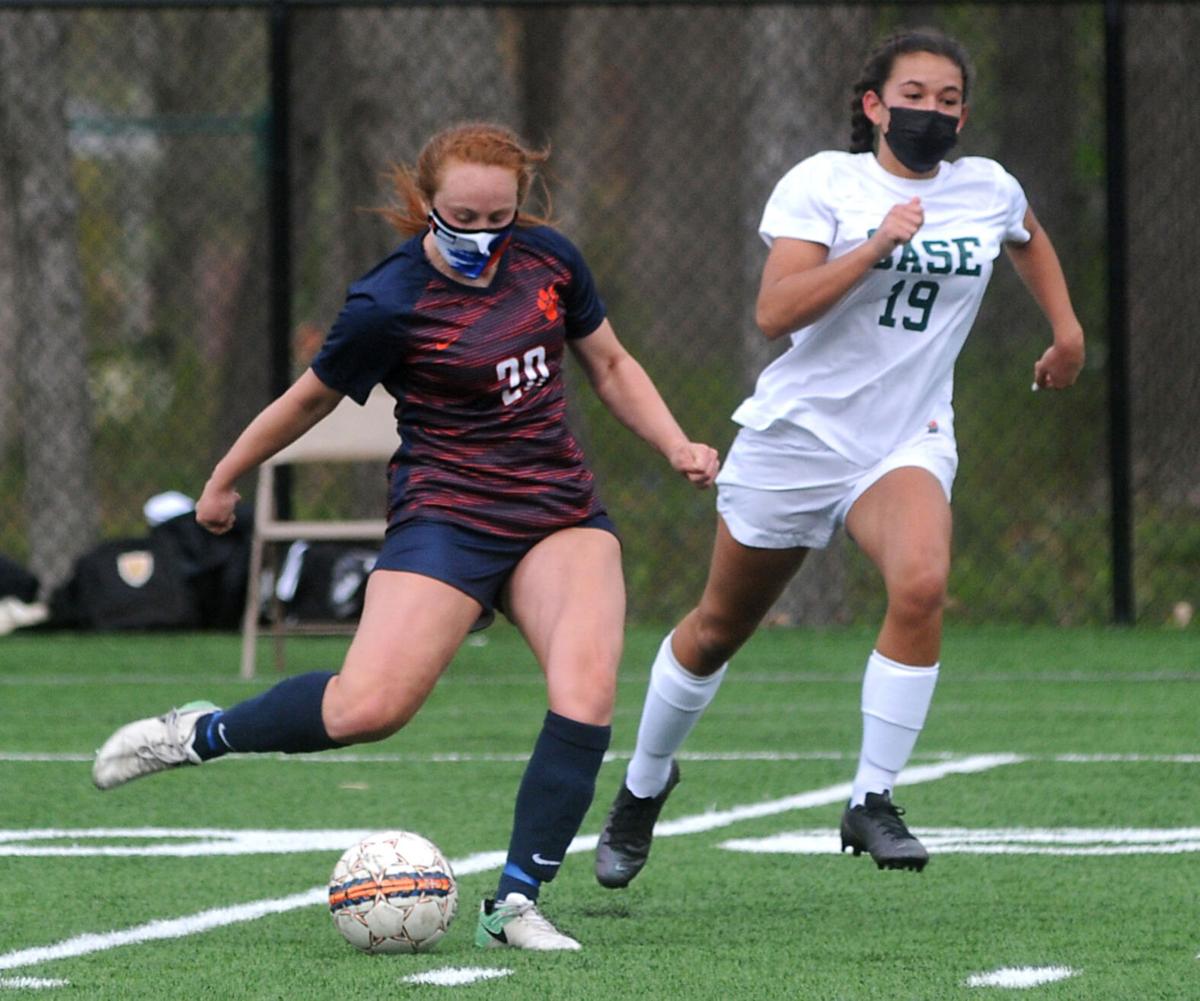 Park senior midfielder Alexis Betker, left, kicks the ball toward the goal as she is defended by Case’s Elise Kaesermann during their teams' Southeast Conference soccer match Tuesday at Pritchard Park. Betker, who scored 77 goals in her first two seasons, scored two goals Tuesday in the Panthers' 3-0 season-opening victory over the Eagles. 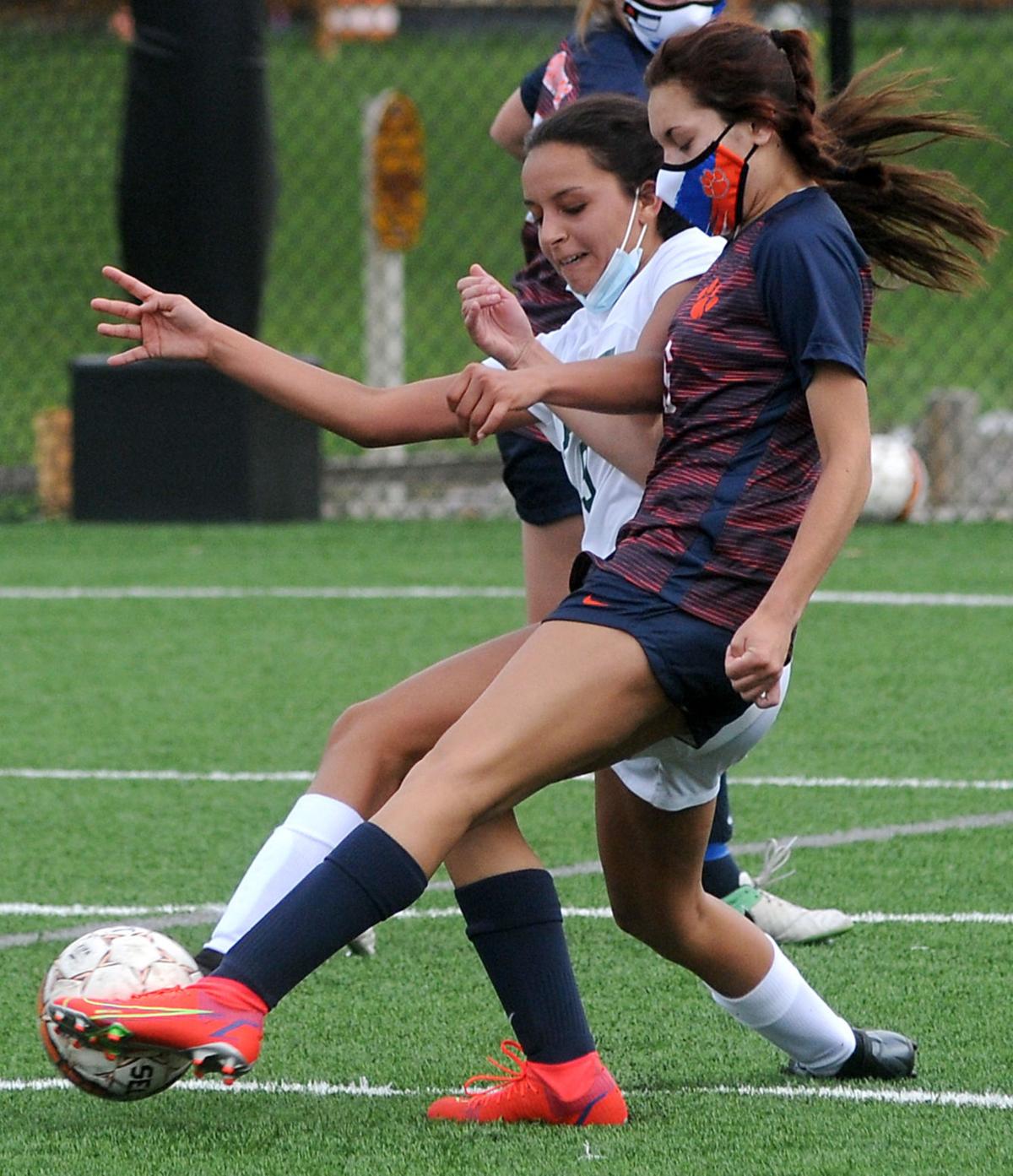 Park forward Kiley Skenadore, front, and Case’s Santina Garcia battle for control of the ball during their teams' Southeast Conference soccer match Tuesday at Pritchard Park. Skenadore scored a goal for the Panthers in their season-opening 3-0 victory over the Eagles.

The senior forward for the Park High School girls soccer team entered this season with 77 career goals, including 44 as a sophomore in 2019. In her first match in nearly two years, Betker scored two goals in a 3-0 Southeast Conference victory over Case Tuesday at Pritchard Park.

“She’s a playmaker,” Park coach Matt Maletis said. “It’s fun to coach someone who can make plays the way she can. It’s like a second coach on the field. She’s smart, she makes great decisions and she has the skills to get past people and get some good looks.”

Leading the defense was freshman Marissa Espinoza, who marked Marija Markovic, one of Case’s most productive scorers.

“Marija is a quality player and Marissa did a good job of staying with her and denying her a ton of looks,” Maletis said.

WATERFORD 8, DELAVAN-DARIEN 1: Taylor Gordon made her first match for the Wolverines a memorable one, scoring five goals in a season-opening Southern Lakes Conference match at Waterford.

“She found the net and was in good positions and was able to bury the shots,” Waterford coach Joe Vogt said. “She was also able to get her teammates involved and just made good runs.”

UNION GROVE 5, ELKHORN 1: The Broncos opened their season by taking a 3-0 lead in the first half of a Southern Lakes Conference match in Union Grove. Elkhorn had two own goals in the second half.

Paige Cotton scored in the 16th minute to give the Broncos a 1-0 lead. Sophia Rampulla assisted on goals by Lexi Pettit in the 19th minute and Julia James in the 21st.

BURLINGTON 2, BADGER 0: Jules Golla broke a scoreless tie in the 65th minute and Gina Weis added a goal nine minutes later as the Demons opened their season with a Southern Lakes Conference victory in Lake Geneva.

OAK CREEK 7, HORLICK 0: The Rebels, with many new players after not playing for nearly two years because of the COVID-19 pandemic, struggled in a season-opening Southeast Conference loss Monday at Oak Creek.

LAKE COUNTRY LUTHERAN 8, ST. CATHERINE’S 1: With the Angels trailing 5-0 at halftime, junior Emma Gordon scored an unassisted goal in the 63rd minute, setting up a more competitive second half in this season-opening nonconference match at Hartland.

Sophomore Katelyn Gordon, Emma’s cousin, made 14 saves in goal for the Angels.

UNION GROVE 11, NEW BERLIN EISENHOWER 2: Serafina Weist went 4 for 4 with three extra base hits and three RBIs, and Emily Gamble pitched a six-hitter in the Broncos’ nonconference victory over the Lions Tuesday at Union Grove.

Senior Anna Dolgaard and sophomore Brylee Katterhagen each had a double, senior Angela Slattery went 2 for 4 with two RBIs and junior Olivia Brieske had a hit, walked twice, stole two bases and scored three runs for the Broncos.

Gamble, a senior, struck out 10 and allowed just one earned run.

On offense, the Lady Toppers scored three runs in the bottom of the third and added five more in the sixth. Morgan Dietzel doubled and drove in three runs, while Lainey Dirksmeyer scored twice and drove in two.

Freshman pitcher Rylyn Paulick struck out two and did not allow a walk.

“We played them tough,” said Case coach Danny Ayala, who starts four freshmen, two sophomores, two juniors and a senior. “You take away those errors and we played with them. Rylyn pitched a great game.”

Paige Thomas doubled for the Eagles (1-2 overall and SEC). Bradford is 4-0.

The Sabers scored in all four innings, including seven in the top of the fourth. Horlick fell to 0-5 overall and 0-3 in SEC games.

Taking the ball away

Battle for the ball

Who's ball is it?

Who wants it more?

Park senior midfielder Alexis Betker, left, kicks the ball toward the goal as she is defended by Case’s Elise Kaesermann during their teams' Southeast Conference soccer match Tuesday at Pritchard Park. Betker, who scored 77 goals in her first two seasons, scored two goals Tuesday in the Panthers' 3-0 season-opening victory over the Eagles.

Park forward Kiley Skenadore, front, and Case’s Santina Garcia battle for control of the ball during their teams' Southeast Conference soccer match Tuesday at Pritchard Park. Skenadore scored a goal for the Panthers in their season-opening 3-0 victory over the Eagles. 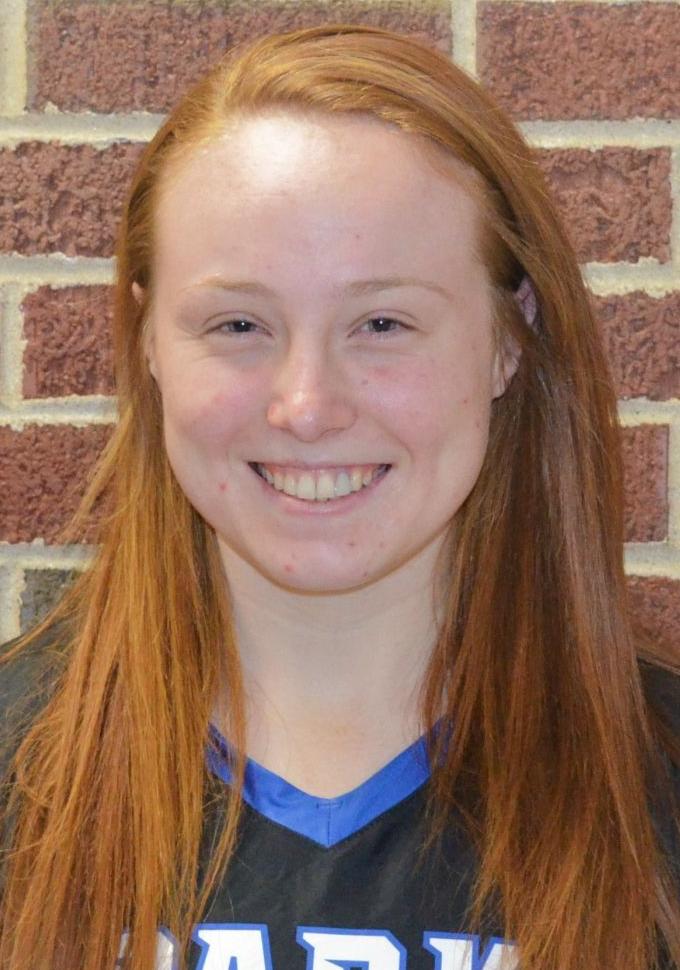 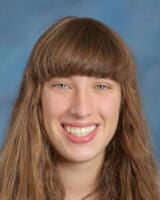 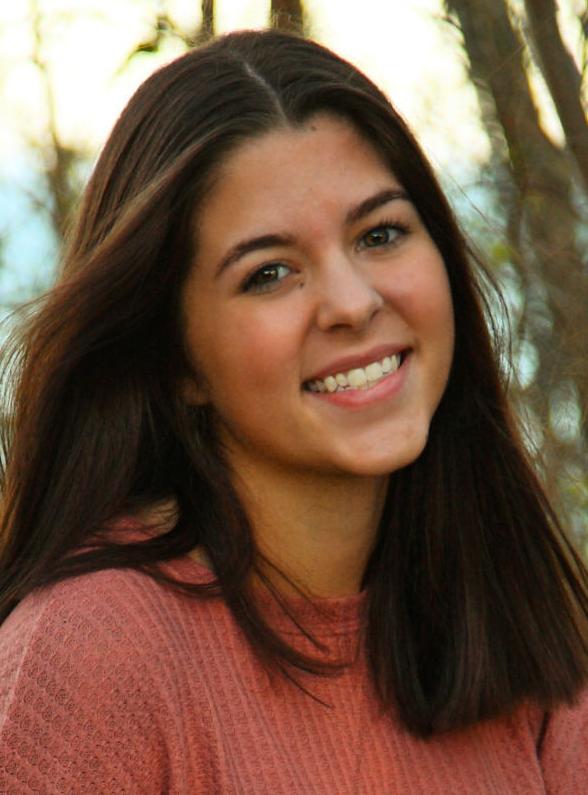 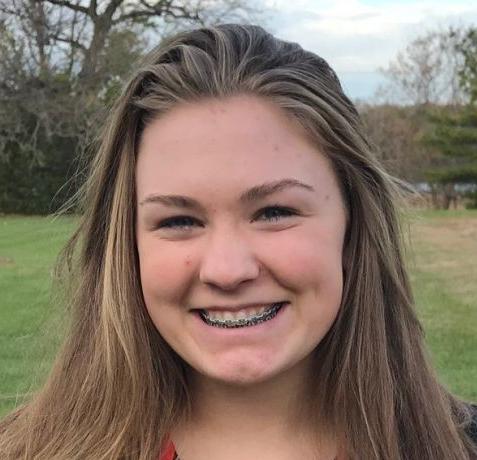 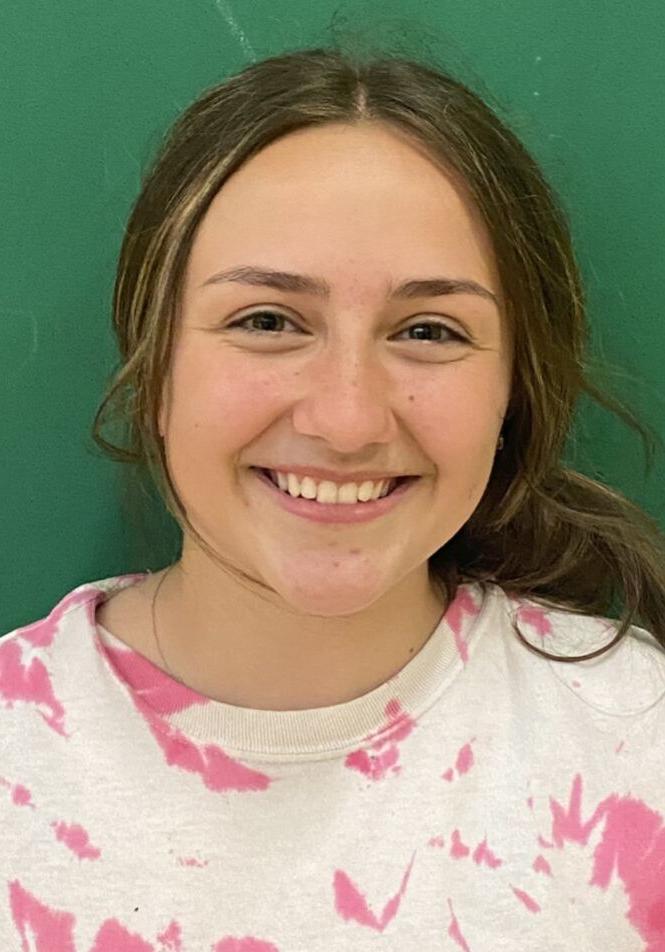