The Burlington High School senior running back ran for 256 yards and two touchdowns on 25 carries and the Demons came up with timely defensive stops and a late turnover as they beat Elkhorn 19-6 in a Southern Lakes Conference game at Burlington.

The victory keeps the Demons’ record perfect at 3-0 in the SLC. Burlington is ranked third among Division 2 teams in the latest Wisconsin Football Coaches Association poll.

It was the second time this season Wallace has surpassed 200 yards on the ground. He ran for 224 against Delavan-Darien on Sept. 25.

The Elks (1-3 SLC) threatened to open the scoring with a drive that began after Burlington quarterback Peyton O’Laughlin was intercepted by Tyler Etten at midfield with 2:12 left in the first quarter.

Elkhorn had third down and 8 at the Burlington 12-yard line as the second quarter started, but the Elks lost seven yards on a pass play and a pass on fourth and 15 was incomplete.

Burlington took the ball right down the field on the ensuing drive. Wallace ran for 67 yards on the drive, including the final yard for the first score of the game (the extra point was blocked). On the play prior to the score, O’Laughlin fumbled, but the Demons recovered.

It took just 43 seconds for Elkhorn to answer. On the second play after the Demons’ score, Jake Rockweiler ran 61 yards for a touchdown to tie the score at 6-6 (the kick was blocked).

After exchanging offensive series — each team had a drive-killing penalty in their respective possessions — Burlington got the ball after a punt return by Kyle Hackbarth on the Elks’ 47 with 54 seconds left in the first half.

On the drive, aided by a 25-yard pass from O’Laughlin to Ethan Safar, Wallace finished it off with a 20-yard run with three seconds left in the half for a 13-6 lead.

The third quarter was uneventful offensively as both teams again had key penalties along with key defensive plays.

Burlington finally was able to add on an insurance touchdown on a 10-play drive that took up half of the fourth quarter. Key plays on that drive were a 24-yard run by O’Laughlin on first down and 23 following a personal foul penalty on the Demons, and an 11-yard run by Wallace on fourth and 4 at the Elkhorn 15.

Elkhorn wasn’t done, however. After the ensuing kickoff, the Elks began a drive led by Rockweiler and quarterback Jake Mogensen. On third and 6 at the Burlington 12, Elkhorn was stopped for a 6-yard loss to bring up fourth and 12.

But on the fourth-down play, Burlington was whistled for roughing the quarterback, resulting on a first and goal at the 9. But on the first-down play, Mogensen fumbled and defensive lineman Yarzar Kyaw recovered.

Wallace sealed the victory with runs of 10, 21 and 29 yards as the Demons ran out the clock.

ST. CATHERINE’S 52, SAINT FRANCIS 0: The Angels were missing four starters — coach Dan Miller could not elaborate on the reason — but they didn’t miss a beat and used a big first quarter to win a Metro Classic Conference game at Saint Francis.

Running behind an offensive line featuring two backups, St. Catherine’s (2-2 MCC) ran for 363 yards without running back Demarion Cobb, one of the missing starters.

Then it was John Perugini’s turn. The sophomore quarterback, who ran for a two-point conversion on Miller’s score, ran for a 15-yard touchdown of his own and had touchdown passes of 45 yards to Jameer Barker and 12 yards to Sam Haeuser. Miller ran in the conversions on each of those scores and it was 32-0 after the first quarter.

“I was really happy with the offensive line. Garduno and Gordon did an excellent job of filling their roles.”

St. Catherine’s had 239 yards rushing and 363 yards of total offense.

On the defensive side, the Angels held the Mariners, whose longest offensive play went for 11 yards, to minus-12 yards of total offense and forced two fumbles.

“We were very aggressive and just wanted to set the tone,” Dan Miller said. “They run several different formations and we had to attack them first. We swarmed to the ball and were pursuing very well.”

DJ Miller finished with 87 yards rushing and Perugini had 67. Perugini (3 for 3) and Domonic Pitts (3 for 3) combined for 124 yards passing and Barker caught three passes for 89 yards.

The Phoenix (2-2) struck first with a touchdown in the first quarter to put Lutheran (3-1) in an early hole. The Crusaders couldn’t get anything going offensively, finishing the first half scoreless. For the game, Lutheran had 227 total yards, 11 first downs and five turnovers.

“We just shot ourselves in the foot,” Lutheran coach Scott Smith said. “We just didn’t control the line of scrimmage.”

Lutheran scored a touchdown early in the second half on an 11-yard run by Kimyron Bonner, but the two-point conversion failed. After the Phoenix extended their lead on a 43-yard touchdown on a screen pass, running back Noah Schoff’s option pass was intercepted and returned for a touchdown for a 19-6 lead Phoenix late in the third quarter.

The offensive struggles continued for the Crusaders in the fourth quarter.

There were some positives for Lutheran, especially defensively. The Crusaders held Luther Prep to only 140 total yards, including 78 yards on the ground. Gavin Zawicki had a strong game at cornerback, holding Luther Prep’s best receiver to zero catches, Smith said.

Nolan Kraus led the Crusaders in rushing with 54 yards to go along with 10 yards receiving. Zawicki had a team-high 65 yards receiving and Camdin Jansen had 88 yards passing.

Will the Houston Texans have the worst record in the NFL?

Will the Houston Texans have the worst record in the NFL?

NFL rookie to make full recovery after being shot

NFL rookie to make full recovery after being shot

KENOSHA — For the first several games this season, a hand injury did not allow Nick Williams to swing a bat comfortably and he only played in … 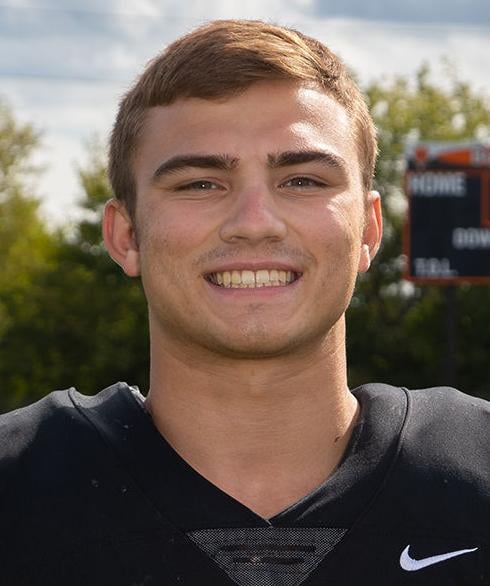 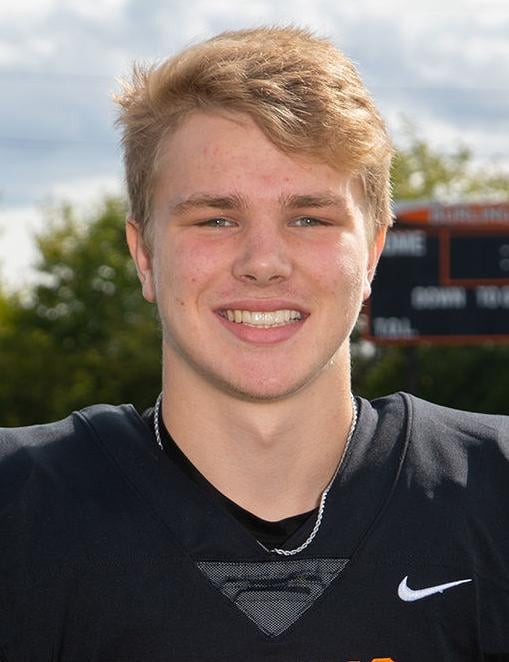 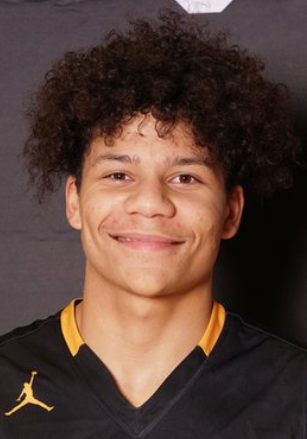 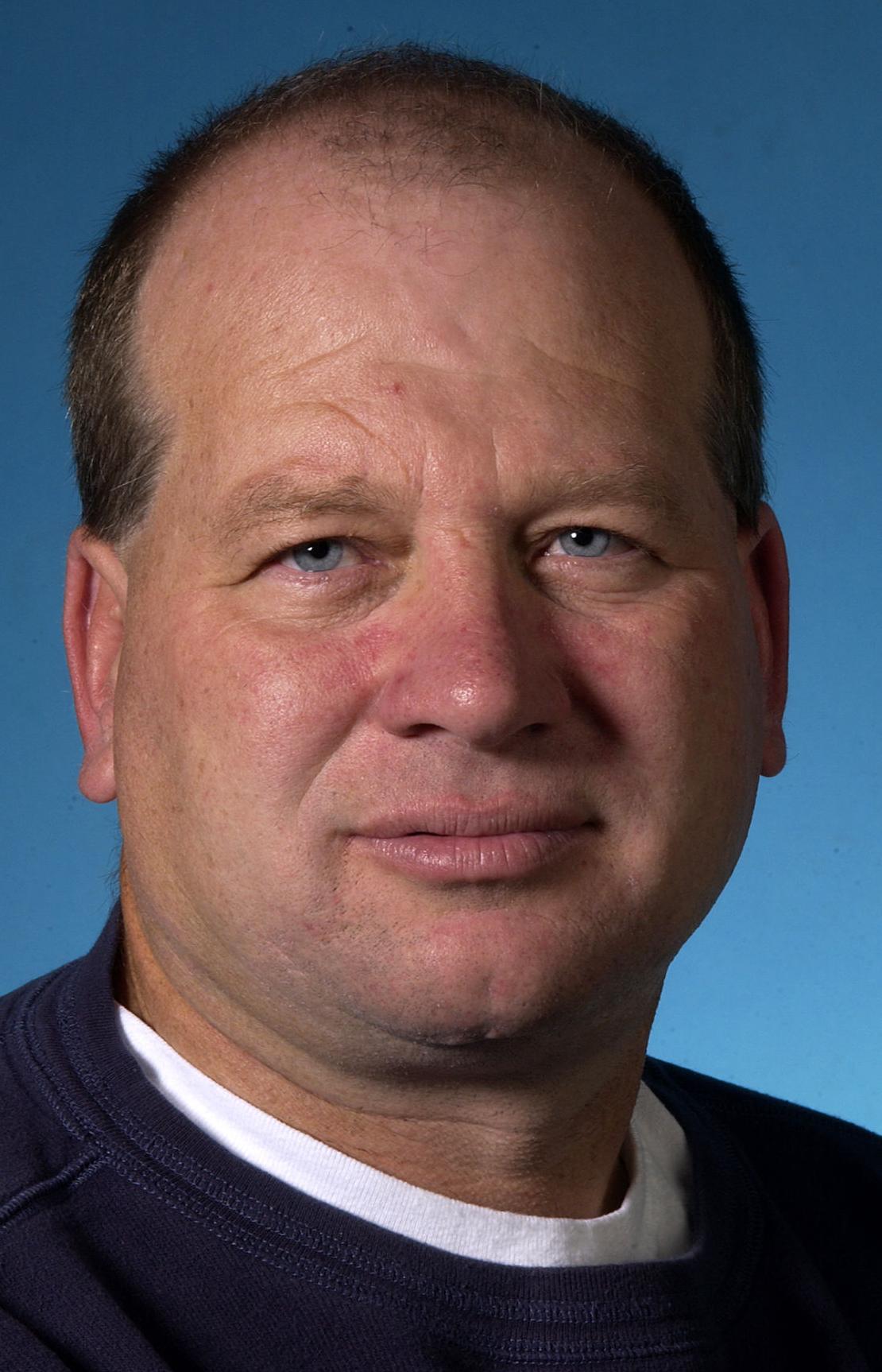