The Eagles had a rough night putting the ball in the basket and it cost them, especially in the latter stages of the second half, in their 55-50 loss to the Sabers at Franklin.

“We just missed some easy shots,” Eagles coach Jake Berce said. “We got most of what we wanted offensively, we just couldn’t knock any shots down.”

It started well for Case as it jumped out to leads of 11-3 and 13-6, but the shooting dried up for the rest of the first half and the Eagles trailed 19-18 at halftime.

The Eagles were unusually cold from 3-point range, going just 1 of 11 in the first half and 3 of 19 in the game. Berce said Case averages about seven 3-pointers a game.

“We missed wide open 3s by our (best) shooters,” Berce said. “We have a few shooting around 35% and none of them could make a shot. When you’re getting what you want and can’t make shots, we had to go inside and we struggled to score.

“We could have been up easily 30-19 (at halftime), but give Franklin credit — they packed it in and were forcing us to shoot (from the outside).”

Case’s defense, which was there all night, asserted itself again and the Eagles went on a 12-0 run of their own, tying the game at 45-45 with 3:55 left on a 3-pointer by sophomore guard Termarion Brumby.

After Franklin converted on an offensive rebound, senior guard Terryon Brumby made a spinning layup to make it 47-47.

The Sabers pulled ahead on free throws, then came one of the key moments of the game. After Case pulled down a rebound, it was poked away by the Sabers they scored to go up by four points and closed out the game.

“We missed a lot of layups down the stretch,” Berce said. “Our errors were compounded, the missed shots were contagious and we just did not have it tonight.”

“I have full confidence we will bounce back from this,” Berce said. “The defense played pretty well all night. If this is the worst we can possibly play and we were right there to take the game, in my mind I’m thinking the guys are going to come back hungry.

“This was a good lesson for us.”

Will Gardner led Franklin with 14 points and Isaac Verges had 13. Four other Sabers scored at least five points each.

“Defensively, I thought we did a nice job,” Lutheran coach Steve Shaffer said. “Ellie has come around lately and has stuck with it. She now has more of a scorer’s mentality and puts a lot of pressure on teams.”

Catholic Central got off to a hot start thanks to eight first-half points from Von Rabenau, but Shaffer countered by using a box-and-one defense to contain her. The Crusaders led 25-16 at the half, helped by a pair of 3-pointers from Jaramillo and seven points from senior reserve guard Justyce Nelson.

“Justyce gave us a nice pick-up off the bench,” Shaffer said. “She had a lot of nice close-outs on defense that caused a lot of problems for them.”

The Lady Toppers, who lost their four straight MCC game, closed to within five points early in the second half, but couldn’t get any closer. They made one last push to get within seven with three minutes left, but the Crusaders sealed the game with a 3-pointer.

“It was a battle,” Catholic Central coach David Beebe said. “It was a solid game and I felt like we played a good team tonight.”

Beebe also praised the play of junior Kayla Loos, who scored all nine of her points in the second half. Julia Kellner also finished with nine points for Racine Lutheran.

The Crusaders are alone in third place in the MCC behind Greendale Martin Luther (7-0 MCC) and Prairie (6-0 MCC). The Hawks and Spartans square off Saturday at Prairie.

WATERFORD 52, ELKHORN 30: The Wolverines stayed perfect in Southern Lakes Conference dual meets Thursday, thanks to four pins and one major decision at Waterford.

Wrestler availability was a problem for both teams, as Elkhorn had to forfeit four matches and Waterford forfeited three.

Hudson Halter, ranked seventh in Division 1 at 126 pounds in the Wisconsin Wrestling Online poll, won the first match of the night for the Wolverines (5-0 SLC) with a pin 1:43 into his bout.

“Hudson started it off great for us and set the tone with the pin,” Waterford co-head coach Nate Gill said.

Bryce Konwent (145) then earned a pin over Aidan Garry in 3:24 to give the Wolverines a 36-24 lead. The Elks pulled within six, but junior Aidan Schaefer (170) secured the victory for Waterford with a pin over Douglas Woyak in 1:57.

“He hit two big moves from his feet to the kid’s back,” Gill said.

Following Schaefer’s pin, Evan Danowski (ranked third at 182) earned four points with a 17-5 major decision win. Seth Bjorge (285) closed the meet out for Waterford with a pin in 1:18.

The Wolverines and Burlington meet next Thursday at Waterford, with the winner taking the advantage in the SLC race.

“We were able to get some momentum going early and kept it rolling,” Burlington coach Jade Gribble said.

The Demons (5-0 SLC) started the meet with three pins in a row. Dane Loppnow (195 pounds) put Burlington on the board with a pin in 31 seconds and Zeke Tiedt (220), ranked fourth in Division 1 in the Wisconsin Wrestling Online poll, increased the lead to 12 with a pin 22 seconds in. Grant Otter (honorable mention at 285) had Burlington’s third pin, in 1:26.

After a pair of victories by the Comets, Gribble said the meet flipped at 126, where Burlington’s Brody Toledo held for a 4-1 victory to put the Demons up 27-10.

“From there, we just got back rolling again,” Gribble said.

The Demons and Waterford meet next Thursday at Waterford, with the winner taking the advantage in the SLC race.

UNION GROVE 47, WILMOT 30: The Broncos won six of the 10 contested matches Thursday, including the final four of the meet, for a Southern Lakes Conference victory at Wilmot.

The Panthers answered with four straight victories by pin to tie the meet at 30-30 after 10 weight classes, but that led right into the heart of the Broncos’ lineup, where they dominated.

“We were feeling pretty good going into the last four matches,” Union Grove coach Andy Weis said. “We had the hammers at the end of the lineup and that’s a nice thing to see at the end of a close dual.”

Weis was happy with the performance by Petrick, who got a takedown in the first period and two escapes sandwiched around Patterson’s takedown in the second period. Neither wrestler could grab an advantage in the third period.

“It was back and forth and was the match of the day,” Weis said. “It was a confidence booster for Noah.”

“Our young guys split and got some confidence,” Case coach Dave Edwards said.

RACINE — John Hoch was expecting a battle Tuesday night. And that’s exactly what he got from a rebuilt St. Catherine’s High School boys basket…

Jasonya "JJ" Barnes and The Prairie School girls basketball team shut down Shoreland Lutheran on Monday with a 66-23 victory in the Metro Classic Conference. 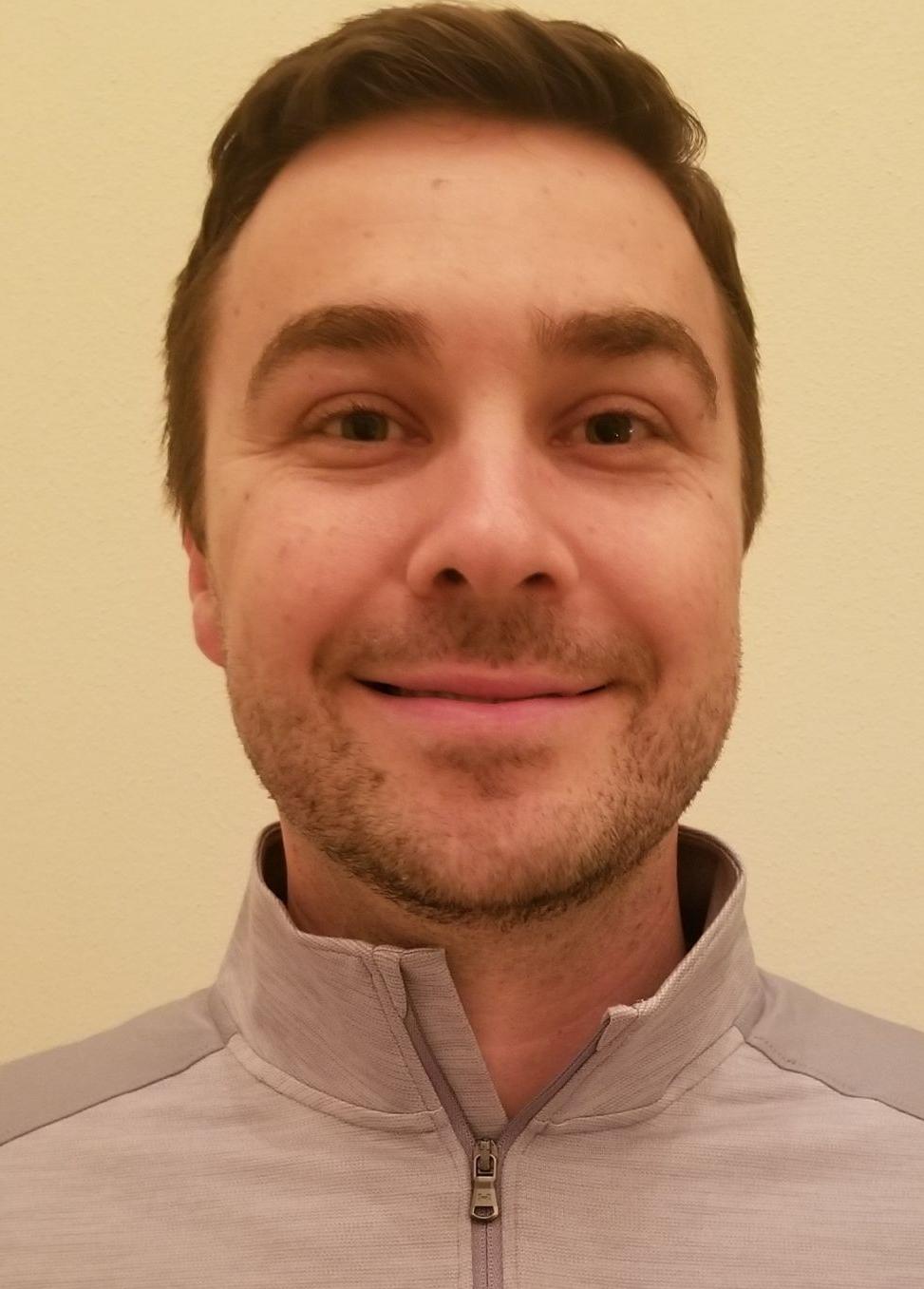 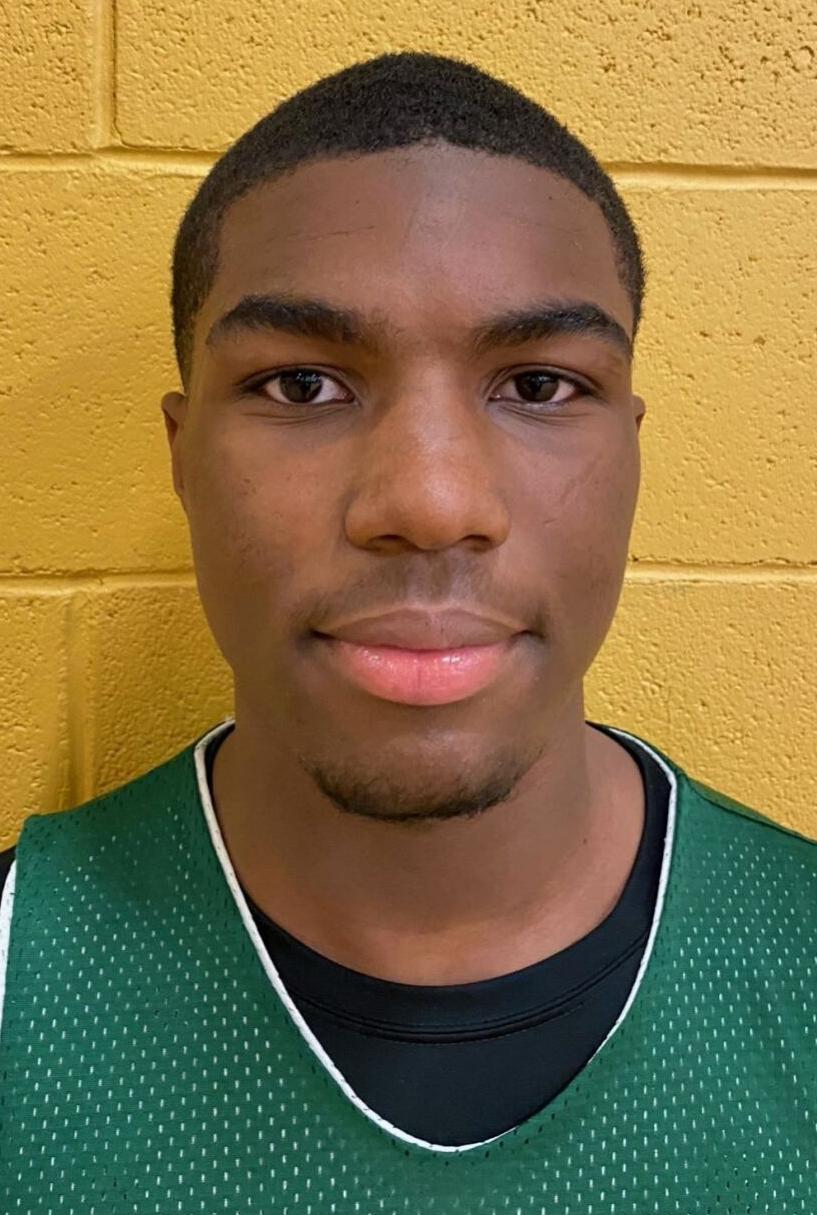 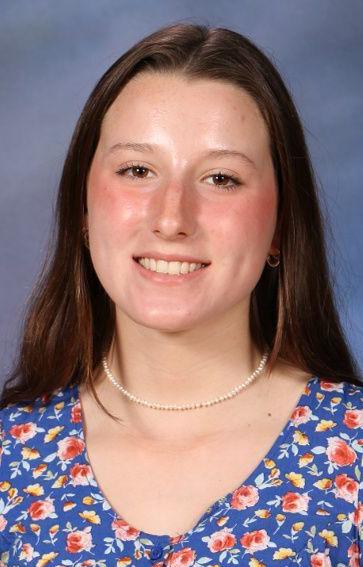 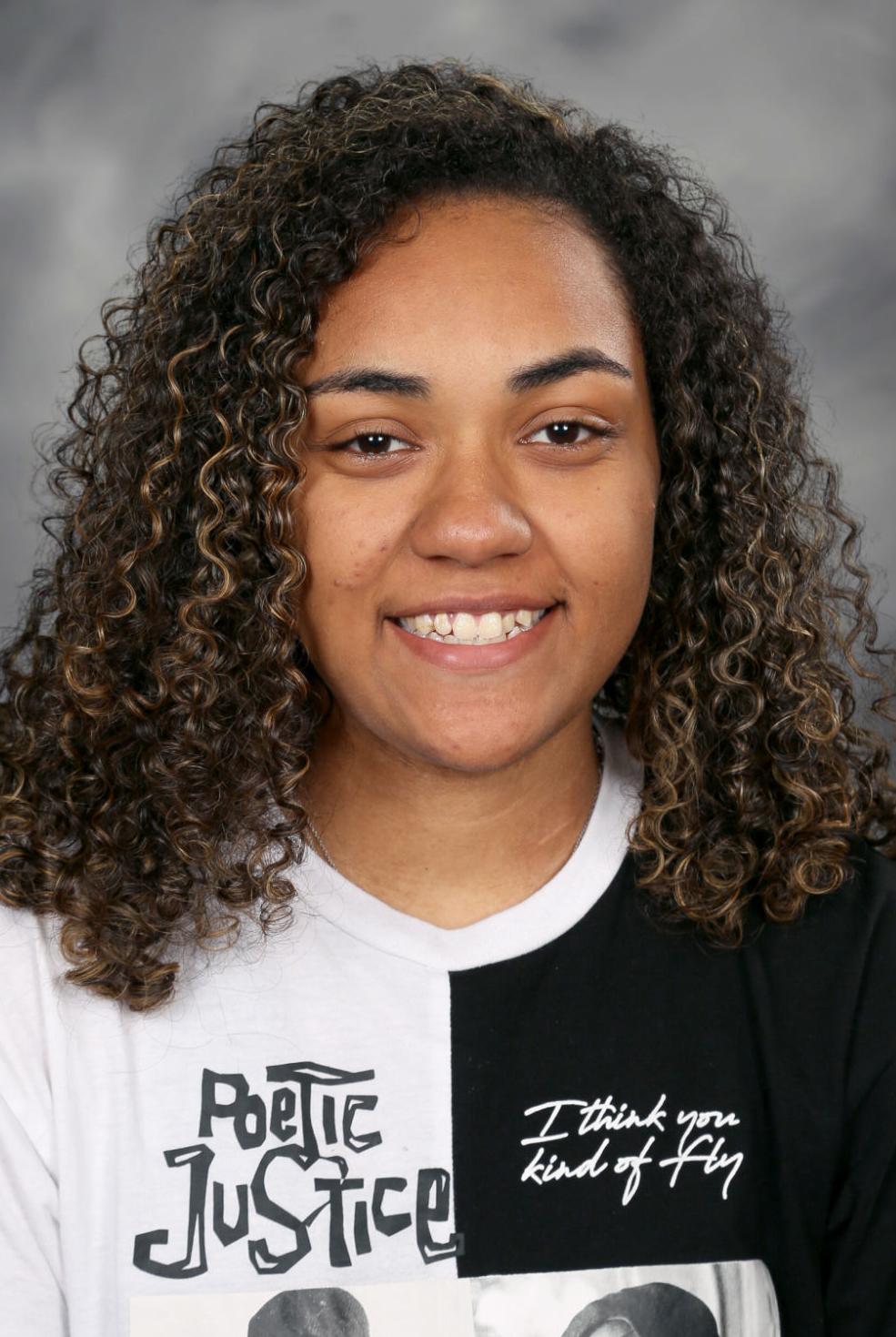 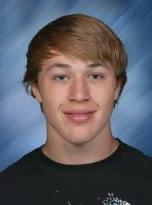 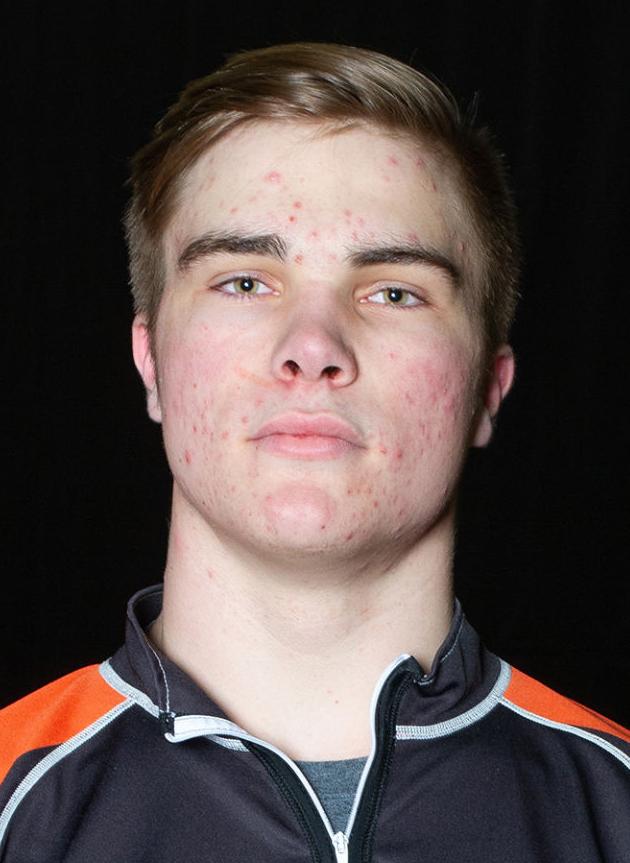 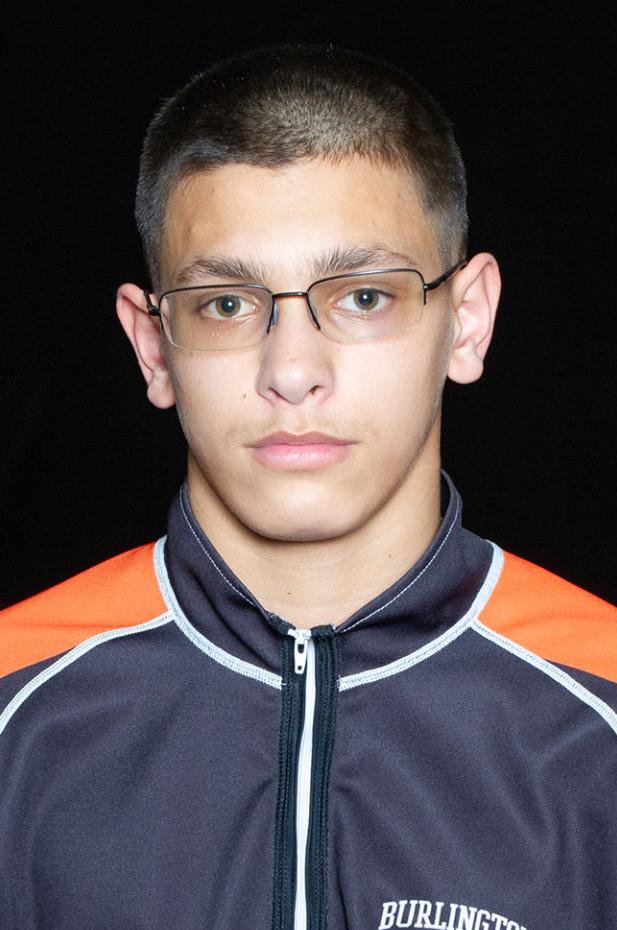 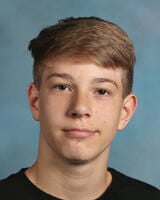 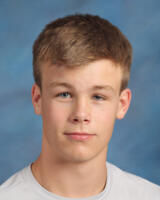 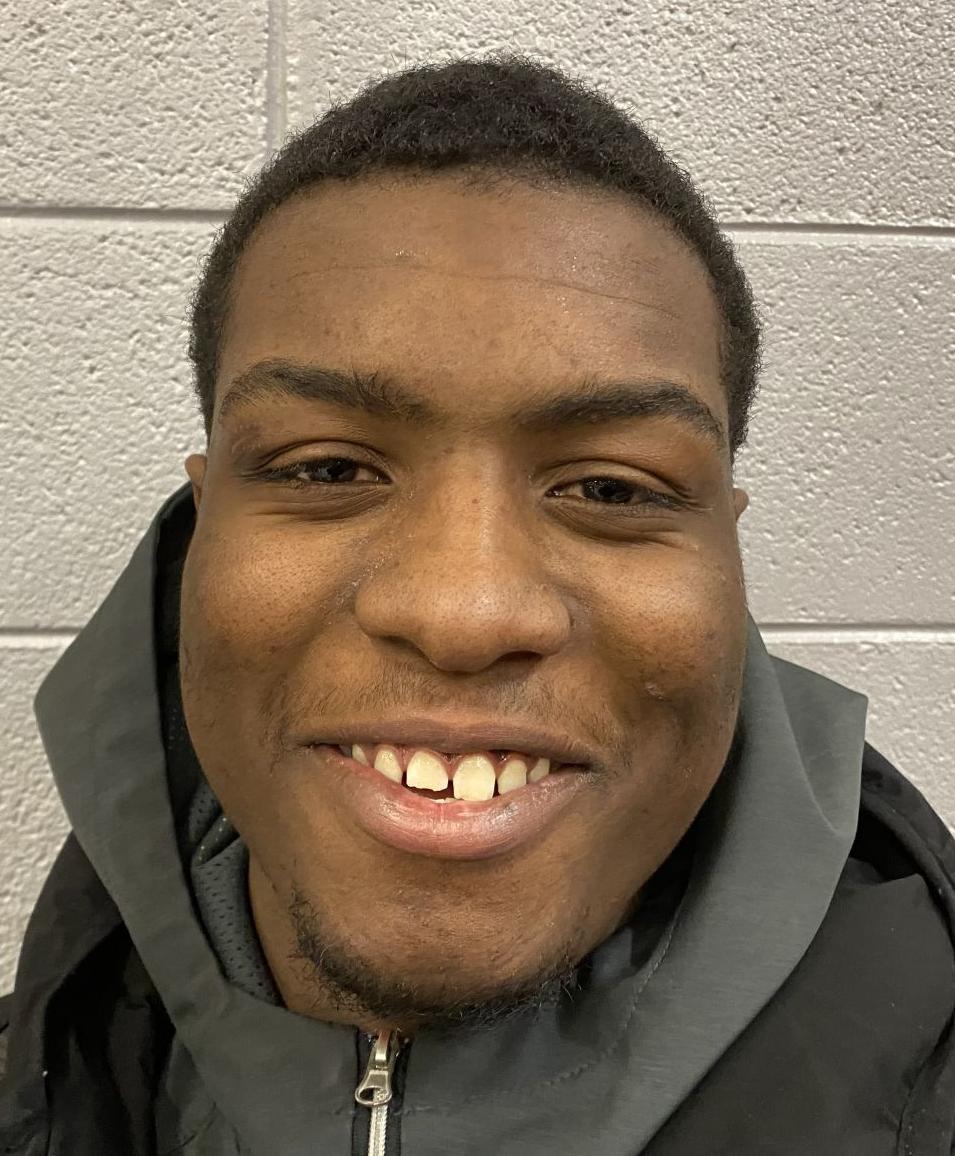