LIVE: Family of victim speaks after Buffalo shooting that killed 10

It was a season to remember for the Burlington High School wrestling team.

Highlighted by champion Max Ehlen, the Demons set a school record with six wrestlers bringing home state medals. That was the most for any Division 1 team at the tournament.

And Burlington coach Jade Gribble points out that the Demons likely would have had seven state medalists had Jake Skrundz, who was third at 160 pounds as a junior, hadn’t suffered a season-ending shoulder injury at the sectional meet.

“That would have been half our team,” Gribble said.

Here are profiles of the first-team wrestlers, as voted on by the county’s coaches:

QUOTABLE: “Lucas raised his game this year and showed he’s a force to be reckoned with.” Waterford coach Tom Fitzpatrick said. “Whether it was the discipline he showed in making the weight or the extra time he put in outside the wrestling room to practice his craft, it allowed him to excel to the next level. Instead of just being happy to be in the big matches he’s now figured out how to win them. We look forward to his senior year.”

QUOTABLE: “Jaden, a three-year starter and two-time state placewinner, has high goals of competing at the collegiate level and took another step toward that goal this year,” Burlington coach Jade Gribble said. “He’s a young man who continues to improve his technique and prepare to make that step to the next level. Jaden overcame a tough loss in the first round at state to wrestle all the way back to fourth place. This is just one example of his mental toughness and how he was able to overcome the emotions he was feeling to reach his goals.”

NOTABLE: 31-8 record, including 9-0 in the Southern Lakes Conference. First in the SLC Tournament and regionals and second in the sectionals. Was a WIAA Division 1 state qualifier.

QUOTABLE: “Grant, a three-year starter, made huge strides this season,” Burlington coach Jade Gribble said. “He’s got an exciting ‘funky’ style, where he can be dangerous from any position. He has a tough, never-say-die attitude and because of his style he is never out of a match.”

NOTABLE: 47-3 record. Halter’s only losses came at the Cheesehead Invitational and the state tournament. He won all other tournaments, including the Southern Lakes Conference, regional and sectional meets. Halter is a three-time state qualifier with state championships as a freshman and sophomore.

QUOTABLE: “Hayden’s life is wrestling, he wants to continue wrestling well past high school,” Waterford coach Tom Fitzpatrick. “We found out a lot about him, when his dream of becoming a four-time state champ was taken away. Instead of moping around and feeling sorry for himself, he accomplished the hardest thing in sports — go out now and get the next-best thing. He did exactly that and brought home the bronze medal. That speaks volumes about Hayden Halter’s character. He’ll be back stronger than ever.”

NOTABLE: 42-11 record. Cherba took first place at the Southern Lakes Conference, second at regionals and was the sectional champion. He is a three-time state qualifier and finished third at 132 pounds this year.

QUOTABLE: “Overcoming adversity is what makes him strong,” said Waterford coach Tom Fitzpatrick. “Whether it’s going back to last year where he was DQed in the blood round of the State tournament for not having his mouth guard, which cost him a spot on the podium, or this year where he had a slow and rough start to the season. Josh didn’t let these things defeat him. His courage, along with his explosive athletic style, allowed him to achieve a 3rd place finish at this years State tournament.”

NOTABLE: 15-3 (81-48 career). Bolton was regional champion and placed third at the sectional tournament, just missing out on qualifying for the state tourmament. He is 20th in career wins all time at Park. He ranks 12th for Park all time with 284 career takedowns.

QUOTABLE: “Dashawn fought through a lot of adversity this year to get back on the mat for the postseason,” Park coach Jon Burdick said. “He fell just short of making a return trip to the state tournament. Dashawn was one of the most explosive wrestlers I’ve coached in the last 10 years since I’ve started back at Park. He was really fun to watch because he had the ability to put up lots of points in a short amount of time.”

QUOTABLE: “Max, a four-year starter, three-time state qualifier and two- year team captain, capped off his senior year by shocking the state and winning the state tournament,” said Burlington coach Jade Gribble. “His focus and drive were unwavering the entire season. He has been a pleasure to coach. He brought a positive attitude and his goofiness to the practice area everyday. The Burlington wrestling program is going to miss his dedication and leadership.”

NOTABLE: “Cody finished his career taking fifth place at the WIAA state tournament,” Burlington coach Jade Gribble said. “He is passionate about the sport of wrestling and plans to continue at the collegiate level. He’s a tough and driven young man who looks to wrestle the best competition whenever he can.”

NOTABLE: 36-5 overall, including 5-1 in the Southern Lakes Conference. Placed first at the Slinger Invitational, the Wisconsin Dells Dual Tournament, the Fond du Lac Invitational and the regionals and sectionals. Was third at 160 pounds at the WIAA Division 1 State Tournament. He was a four-year starter and a four-year state qualifier.

QUOTABLE: “Intelligent, athletic, and focused on the wrestling mat, Ben has had a fantastic wrestling career at BHS,” Burlington coach Jade Gribble said. “He was in the mix the entire year for being one of the best wrestlers in the state.”

NOTABLE: 24-1 record, including 8-0 in the Southern Lakes Conference. Placed first at the Fond du Lac Invitational, SLC Tournament and regionals. He suffered a season-ending injury at the sectional tournament. He was a four-year starter, three-time state qualifier and two-time state placewinner. Skrundz also was a two-year captain.

QUOTABLE: “Jake was not able to compete in the state tournament this year because of an injury at sectionals, but was in the conversation as one of the best in the state,” Burlington coach Jade Gribble said. “He has a fun style of wrestling to watch as he is always moving forward and keeping pressure on his opponent. He plans to wrestle at the next level and even though his senior year didn’t conclude as he had hoped, I am very confident that his best days of wrestling are still ahead of him.”

NOTABLE: “Qwade was able to finish his wrestling career on the state tournament podium with a fourth-place finish,” Burlington coach Jade Gribble said. “Qwade is an incredibly strong wrestler who stays in position and imposes his will on his opponent. He had a fantastic senior year, dominating nearly everyone he wrestled and leading our team in pin points.”

QUOTABLE: “Zach is a very gifted and talented wrestler who uses his ability to dominate his opponents,” Burlington coach Jade Gribble said. “His mixture of speed and power are hard to match. He finished his junior season wrestling the best I’ve ever seen him wrestle by dominating the third-place state finisher at sectionals and then having a fantastic state tournament to come home with a second-place finish.”

NOTABLE: 33-11 record (85-35 career). Campbell ranks 18th all-time at Park in career wins with 85. As a senior, he went 33-11 and won the at Lake Geneva Badger Invitational. Campbell placed third at both the regional and sectional tournaments, just missing his return trip back to the state tournament.

QUOTABLE: “Jarrel was one of the harder-working wrestlers in our wrestling room over the last four years,” Park coach Jon Burdick said. “Jarrel had zero years of experience when coming into Park, and so what he was able to accomplish is a testament to his work ethic.”

NOTABLE: Valadez improved from five wins in 2019 to winning 21 matches on the varsity level. Of those 21 wins, 13 of them were by pin. He finished second-team All-Southeast Conference. He placed third at the regional and sectional tournaments.

QUOTABLE: “Marcos made lots of improvement over the course of a year at Park,” Park coach Jon Burdick said. “Marcos is always asking questions to improve his wrestling skills. He is really focused and driven to be the best wrestler he can be. I’m really excited to see the work he puts in during this offseason to achieve his goal to come back next year and finish at the state tournament.”

As Max Ehlen was hanging on against Oregon freshman Owen Heiser and he was seeing his high school wrestling career flash before his eyes, one …

WRESTLER OF THE YEAR

Andy Murray withdraws from French Open to focus on Wimbledon

Andy Murray withdraws from French Open to focus on Wimbledon

Watch now: Giannis Antetokounmpo has fun thinking about taking a year off basketball

Watch now: Giannis Antetokounmpo has fun thinking about taking a year off basketball 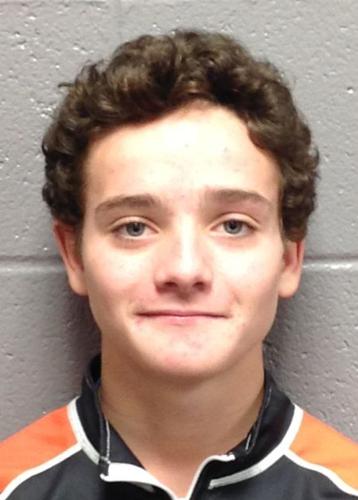 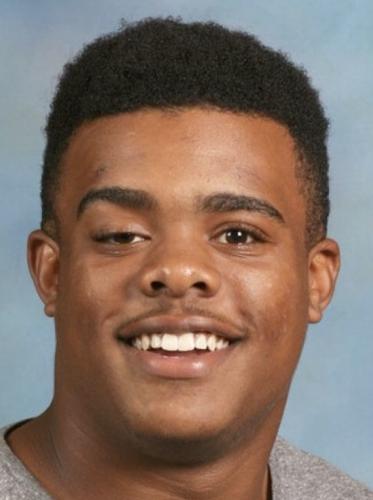 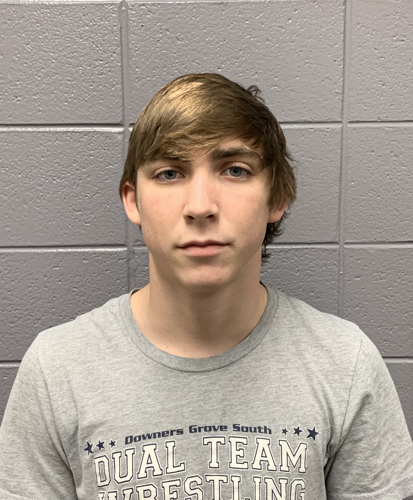 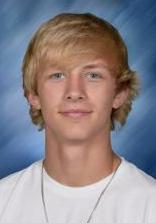 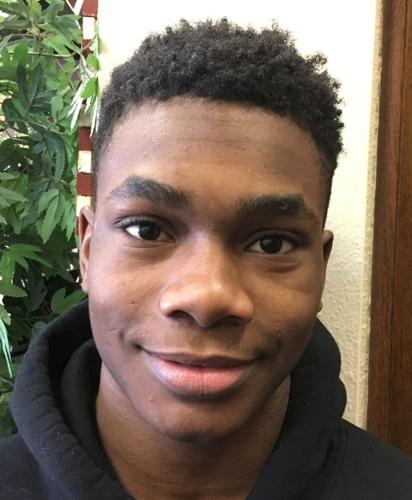 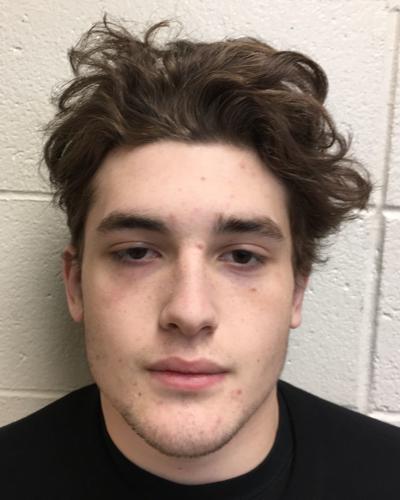 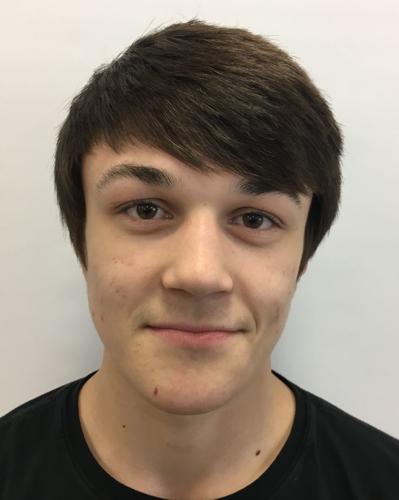 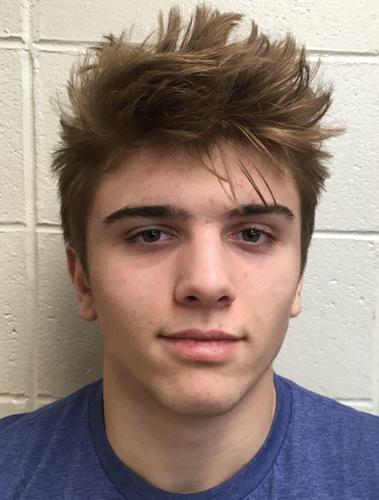 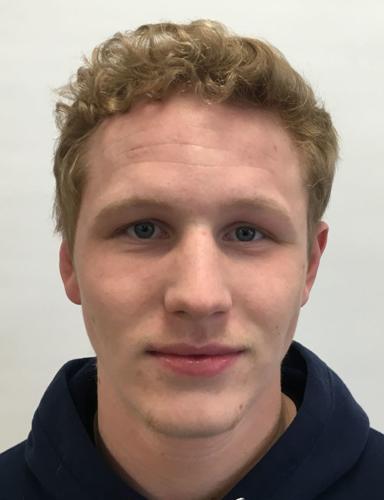 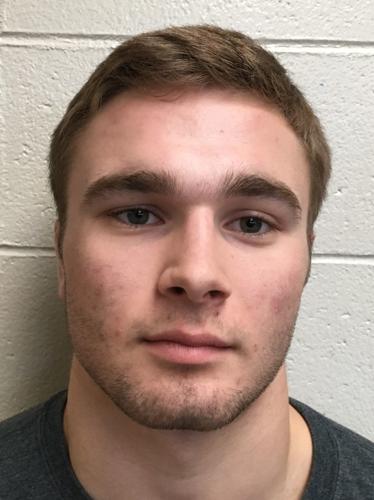 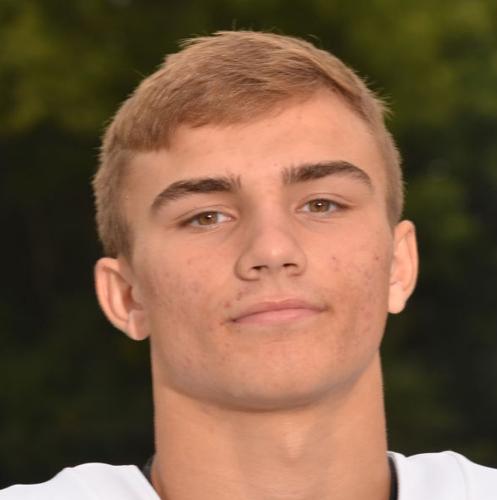 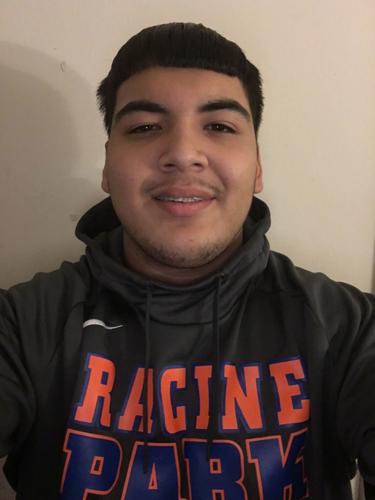