World Series: Follow updates as Dodgers and Rays face off in Game 4

NORTH LAS VEGAS, Nev. — Jason Kokrak was playing for the 233rd time in his 10th season on the PGA Tour without ever having won, so he didn’t need any reminders Sunday in the CJ Cup at Shadow Creek that anything would come easily.

He watched Xander Schauffele stuff a wedge to 5 feet for birdie and roll in a 45-foot birdie putt from the thick collar of the 13th green on the next hole to tie for the lead.

Holding his nerve to the end and delivering all the key shots, Kokrak matched the low score of the week with an 8-under 64 to overcome a three-shot deficit at the start and win by two shots to finally be able to call himself a PGA Tour winner.

“To wait this long for my first win, it’s a pretty special thing,” Kokrak said. “Couldn’t be happier.”

The timing couldn’t have been better. The CJ Cup moved from South Korea this year to Shadow Creek because of the COVID-19 pandemic. Kokrak is an ambassador for MGM Resorts, which owns the prestigious Tom Fazio design, and he has played the course some two dozen times.

“It feels like home,” Kokrak said. “I’ve played this golf course enough that I should know it by now.”

Adding to the feeling was having outdueled Schauffele, who made him work for it.

Kokrak began to pull away with four straight birdies on the front nine, and birdie putts from 20 feet and 18 feet to start the back nine that stretched his lead to two shots.

Schauffele answered with three straight birdies, the last one a 45-footer that made it feel as though he was going to claim another PGA Tour victory by coming from behind.

It all turned on the par-5 16th, when both missed the fairway to the left. Schauffele saw a wood chip behind his ball that he didn’t want to touch in case it caused the ball to move. He advanced it some 85 yards into more rough.

“I didn’t really feel a whole lot of ball when I hit,” Schauffele said. “I don’t want to call it a bad break. All I have to do is hit the fairway and it would have been a different story.”

Swinging with all his might, his third shot peeled off to the right into more rough well below the green, and he made his only bogey in his round of 66. Kokrak also was in the left rough, hacked out to the right rough and put his third shot in the bunker. But he splashed it out to just inside 4 feet and made par for a one-shot lead.

That proved to the deciding shot as Schauffele couldn’t catch up and closed with a 66.

“I couldn’t be happier for him,” Schauffele said. “He finally started rolling in some putts and it kind of shows how dangerous he can be out here.”

Kokrak, a 35-year-old from Ohio, all but clinched it when he drilled his drive into the fairway on the par-5 18th, leaving only a short iron to 25 feet. He two-putted for his final birdie of a round he won’t soon forget.

“Any time you’ve been out here that length of time, you definitely have doubts in your mind,” Kokrak said. “As good as my ball-striking is, as hard as I’ve been working ... I let that first win come to me. I knew in my mind I was going to get it done.”

Russell Henley, who began the final round with a three-shot lead, never got anything going early and fell behind when he bogeyed the par-5 seventh and Kokrak was on his early run of birdies.

Henley’s hopes ended on the reachable par-4 11th when he drove over the green into thick rough and, facing a downhill chip, left it in the rough short of the green and made bogey on the second-easiest scoring hole at Shadow Creek. That put him four shots behind, and a late push of birdies was never going to be enough.

He closed with a 70 and tied for third with Tyrrell Hatton, who was coming off a victory last week in the BMW PGA Championship at Wentworth. Hatton closed with a 65.

Laird redeems himself in playoff to win again in Las Vegas

LAS VEGAS — Martin Laird looked like a winner with an improbable par save on the 71st hole of the Shriners Hospitals for Children Open, over t… 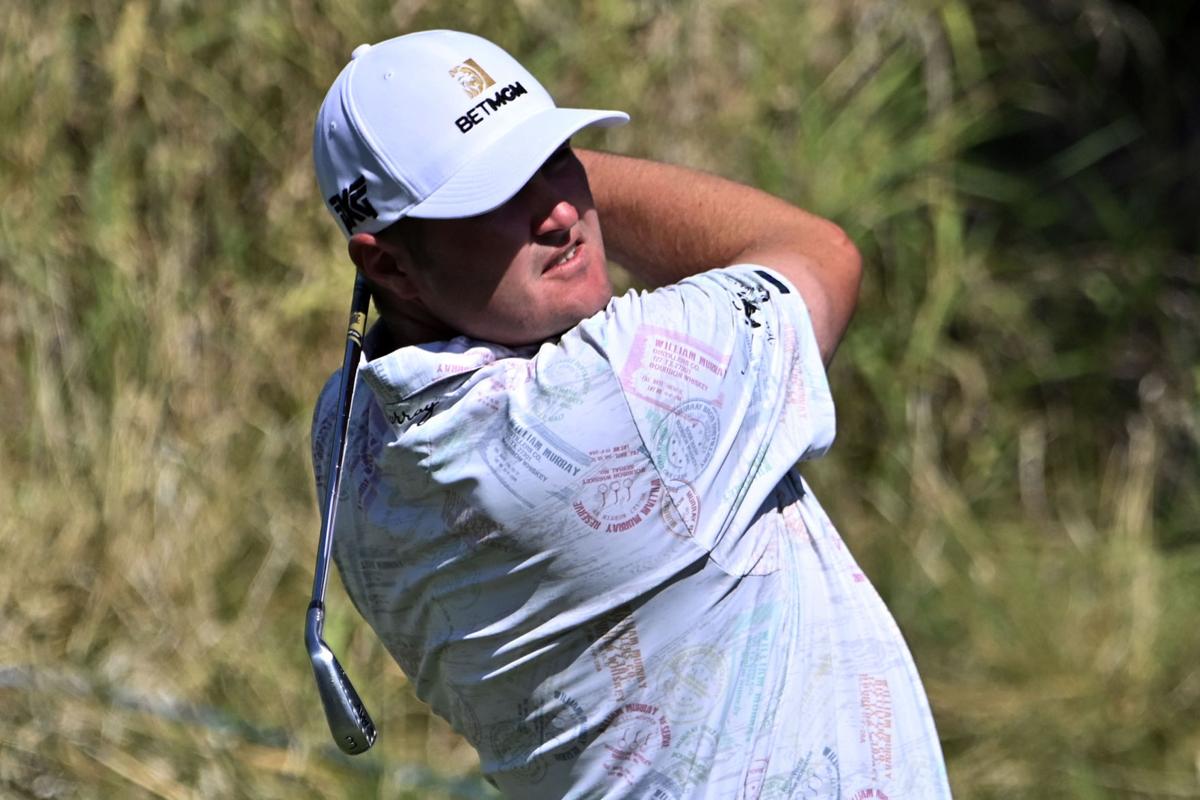 Jason Kokrak makes his tee shot on the second hole on Sunday during the final round of the CJ Cup at Shadow Creek Golf Course at North Las Vegas. 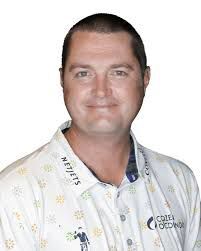 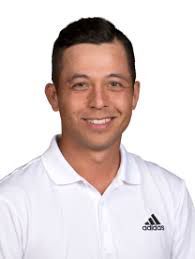