PEBBLE BEACH, Calif. — For all the stunning views at Pebble Beach that can be so soothing, Daniel Berger couldn’t escape the tension when he arrived at the final hole Sunday in the AT&T Pebble Beach Pro-Am.

He was tied for the lead, needing a birdie on the par-5 18th to win. Off to his right was out-of-bounds markers below a row of hedges, where Berger hit his drive on Saturday that led to double bogey. To his left was the Pacific Ocean.

“I was going to go down swinging,” he said.

Two of the best swings of his career, a driver into the fairway and a 3-wood from 250 yards away in the cool air at sea level, left him 30 feet and two putts away. Berger capped it off with an eagle putt for a 7-under 65 and a two-shot victory over Maverick McNealy.

“To step up there and hit a great drive and then one of the best 3-woods I’ve ever hit in my life, and then to make that putt is just as good as it gets for me,” Berger said.

He finished at 18-under 270 for his fourth career victory.

Berger started his final round with a 4-iron to 20 feet for eagle on the par-5 second hole to catch up to Jordan Spieth in no time at all. And while the cast of contenders kept changing, Berger was never out of the mix until he had the final say with one last eagle, his fourth of the week.

He won for the second time since the PGA Tour Tour returned to golf in June from the COVID-19 pandemic, starting with a playoff victory at Colonial, where a half-dozen players had a chance to win over the final hour.

This wasn’t much different.

Spieth went from leading to lagging behind. He started with a two-shot lead and was three shots behind after six holes, wasting the scoring stretch at Pebble Beach. He finished with two birdies for a 70 and tied for third with Patrick Cantlay (68), who made all his putts at Pebble on Thursday. He had 10 birdies in the opening round when he tied the course record with a 62. He made seven birdies and an eagle in two weekend rounds.

Berger saw a leaderboard leaving the 18th green and knew he was tied. He just figured it would be with Nate Lashley, unaware of the sad turn of events on the 16th.

Lashley, playing in the final group with Spieth, nearly holed his wedge on the 11th for a tap-in birdie that took him to 16 under and leading by one shot. He was tied with Berger with three holes to play when Lashley went long on the 16th hole. He pitched out to 12 feet, missed the par putt and then missed the next two putts from the 3-foot range.

That gave him a triple bogey from which he could not recovery.

Lashley jammed the bottom of his putter into the green and left without speaking to the media.

McNealy, who played at Stanford and once lived in a house near the 15th green at Pebble Beach, quietly made five birdies over his last eight holes.

“I had the adrenaline pumping coming down the stretch there and feelings that I hadn’t really felt on the golf course in a little while, trying to close this out and give myself a chance,” McNealy said.

The last one was on 18 when his eagle putt stopped inches from the cup, giving him a 66 and a tie for the lead that didn’t last long. Berger was in the group behind him, and he played the hole to perfection.

“I wanted to win the golf tournament. I didn’t want to lose it on the last,” Berger said. “I just wanted to go out there and try to hit the best shot that I could and I wasn’t going to be conservative on the 3-wood coming in.”

The eagle putt was fast and broke both ways and Berger only wanted a two-putt birdie with no stress. That it fell for eagle was a bonus he was all too happy to take.

Spieth finished in the top four for the second week in a row, a strong sign that his game is coming back after a drought that dates to his 2017 British Open victory at Royal Birkdale.

“Really it was just a really poor first six holes. And out here, that’s where you can score,” Spieth said. “I needed to be a couple under through six, and I was 1 over. And really, that was the difference.”

Hurting Tiger Woods withdraws from PGA after struggling to 79

Hours after Tiger Woods limped his way to a 9-over 79 in the third round at Southern Hills, he informed the PGA of America of his withdrawal — his first ever from a major.

Steve Stricker out of Senior PGA with positive COVID-19 test

The Madison resident, who is coming off a PGA Champions major title less than two weeks ago, calls not playing “just a small setback.”

The Oklahoma wind came sweeping through Southern Hills and then swiftly left town in time for Will Zalatoris, Bubba Watson and yes, even Tiger Woods, to bring a sleepy PGA Championship to life on Friday.

Stewart Cink must be taking some inspiration from 50-year-old Phil Mickelson’s triumph at last year’s PGA Championship. On his 49th birthday, Cink made an early birdie to remain in contention at Southern Hills. The 2009 British Open winner began the day at 3 under, six shots behind Will Zalatoris, who happens to be 24 years his junior. Mickelson, who withdrew rather than defend his title this week, became the oldest major winner when he won last year at Kiawah Island. Mickelson surpassed the mark set by Julius Boros, who was 48 when he won the 1968 PGA.

Watch here: In the video, Bland's ball rolls onto the green, only for the squirrel to stop it and roll it around before scurrying away.

Mito Pereira spent four hours soaring and sliding at Southern Hills in the cold and wind, calling it the biggest round of his life Saturday in the PGA Championship and one that gave him an idea of what to expect Sunday.

TULSA, Okla. (AP) — Justin Thomas wrapped his arms around the 27-pound Wanamaker Trophy after winning his second PGA Championship, and thousands of fans ringing the 18th green amid the setting sun at Southern Hills showered him in adulation.

Local golf for May 26

Colin Kaepernick secures Raiders workout after 5 years out of NFL 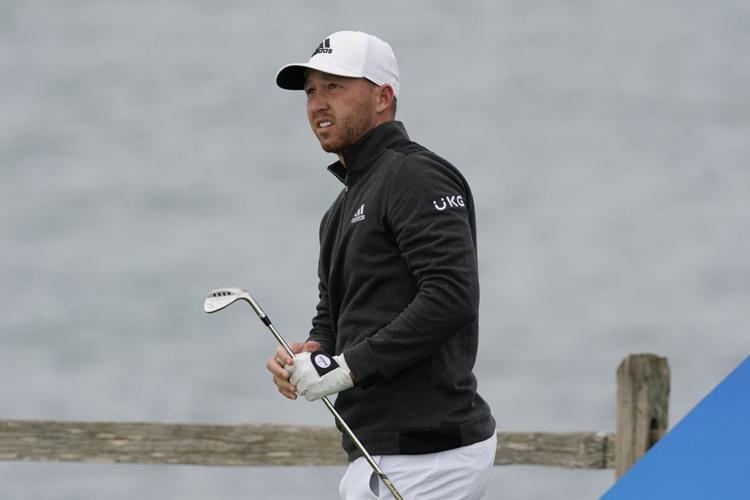 Daniel Berger follows his shot from the seventh tee on Sunday during the final round of the AT&T Pebble Beach Pro-Am in Pebble Beach, Calif. 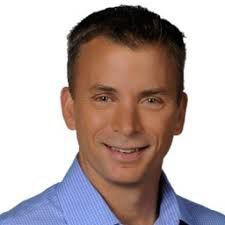 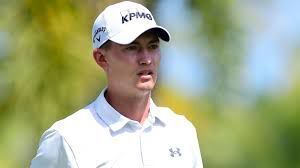 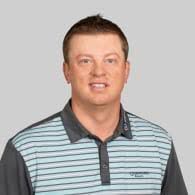 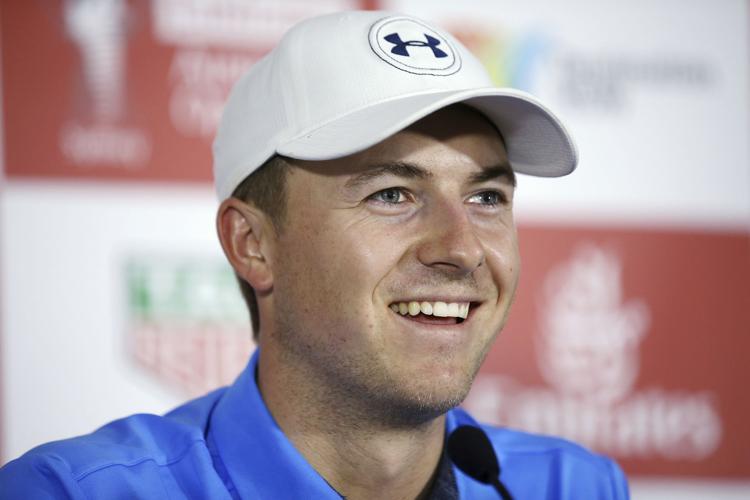