Hoo boy, the Graham Mertz-ophiles aren’t going to like this.

Asked if he wanted to name a starting quarterback on the eve of the first spring practice, University of Wisconsin football coach Paul Chryst wouldn’t go there Monday.

“Probably not,” he said with a laugh.

Reminded he had announced senior Joel Stave as his starting quarterback at the beginning of his first spring practice at UW four years ago, Chryst still wouldn’t go there.

“He probably needed that as much as anyone when we did it,” Chryst said. “But I don’t think we’ll do the same today.”

That might not sit well with those fans who see Mertz, one of the highest-ranked quarterback recruits in school history, as the savior of the program and think he should be named the starter immediately, if not sooner. However, it will surprise no one who understands how UW’s program works.

With embattled three-year starter Alex Hornibrook having fled to Florida State as a grad transfer, UW will have four quarterbacks working in spring practice: junior Jack Coan, who started four games with mixed results when Hornibrook was injured last season; little-used redshirt sophomore Danny Vanden Boom; redshirt freshman Chase Wolf; and Mertz, who graduated early from high school to get a jump-start on his college career.

Saying there are no depth charts — only organizational charts — during spring ball, Chryst is in no hurry to anoint a starter, much less a savior.

“We have four quarterbacks,” he said. “Obviously, Jack has started games. That’s what’s good about this time of year. They all get a chance to work and improve. I’m not worried about who’s starting right now. I’m worried about, how can we help each guy get better in the spring?”

Chryst said “not really” when asked if it would be hard to find enough practice reps for four quarterbacks during the spring.

“You take the total number of snaps, divide by four, add a little bit to one guy,” he said. “I’m being a little (facetious), but not really. Because you want to do that anyway, regardless of where guys are at. You have to find a way to get everyone work. I think that’s the same with the quarterbacks because I think that’s where it changes in your mind. If you’re trying to see who’s going to be the starter out of spring, then you’d better give them more snaps early. You’ve got to narrow it all down quicker and we don’t have to do that right now. ... I think you have to get everyone a lot of work. The goal is not to come out with who’s starting. It’s, who’s getting better?”

At this point, Coan must be considered the front-runner because of his experience. He played in five games last season and was 2-2 as a starter, winning at Purdue in triple overtime and beating Miami (Fla.) in the Pinstripe Bowl in his last two starts.

Coan completed completed 60.2 percent of his passes for 515 yards and five touchdowns with three interceptions. More important, he seemed to gain confidence with each start.

“There was some good, but I think every part of it has got to improve,” Chryst said of Coan’s game. “Because he played, he’s got a list of things he can point to. ... I like the way he grew throughout those experiences. It goes to the basics of, how do you move a team, and then, what can you do within it, and knowing what we’re doing, knowing what the defense is doing, knowing situations.”

Coan will get a chance to work on all of that this spring. So will Mertz, which will certainly give him a better chance to put himself in position to win the starting job in fall camp than if he showed up during the summer and fall practice was his first real exposure to the offense.

“I think it does help,” Chryst said. “I used to think the season started when you would come into fall camp. Really, when you go through and teach it (in the spring), it gives you a chance to learn at a different pace. Even (before) spring practice, we’ve had eight weeks where we’ve been able to talk through it and get him familiar with things. Then you’ve got a practice day and then you’ve got a meeting day and a practice (in spring), so I think it does help the learning quite a bit. I think (it’s) to give himself an opportunity to compete in the fall. Right now, it’s about learning it, understanding it and still getting comfortable with his teammates, all those things.”

The good news? Mertz made a strong impression on the coaches going through winter conditioning and off-the-field work. They’ve seen the same things in him that they saw during the recruiting process.

“He’s got a good talent base,” Chryst said. “I think he’s a talented quarterback, a good football player. Like any player, the more you get to know him, you appreciate who they are. Obviously, he had success, their team had success in high school. He did have a lot of attention and I always appreciated the way he handled all of that. One thing I like about our whole (freshman) class, and he was certainly a big part of it, was they’ve become close and he worked to help recruit other guys, so the team is important to him. Those are all things you thought you saw in him, but the more you’re around him, it just reinforced it.”

“I don’t know him as a football guy,” actress Shailene Woodley said of Aaron Rodgers. “I know him as like the nerd who wants to host ‘Jeopardy!’. ”

Are you ready for some football? The Racine Raiders certainly are.

For Corey Linsley, ‘all signs are pointing towards snapping the ball somewhere else next year’

Corey Linsley, who turns 30 in July, finished the season as Pro Football Focus’ highest-rated center and has been among the NFL’s best centers since entering the league with the Packers as a fifth-round pick from Ohio State in 2014.

Woodson was a reluctant Packer in 2006, but it was a career-defining move

Considering how much of the offensive load Aaron Jones and Jamaal Williams have carried over the past four years, the prospect of not having the running backs return has to be disconcerting to Packers general manager Brian Gutekunst.

J.J. Watt is most likely to sign with this NFL team, oddsmakers say

J.J. Watt got his wish when he was released by the Houston Texans last week. So now what?

After the 2014 season, the Steelers gave iconic safety Troy Polamalu a choice: Retire or be released.

John Romano: With what we know about football, should Vincent Jackson’s death be a shock?

This time, the headline was too close to home. Too disturbing. Too shocking.

"I came here 10 years ago as a kid from Wisconsin who'd never really been to Texas before," J.J. Watt said while wearing a Badgers sweatshirt, "and now I can't imagine my life without Texas in it." 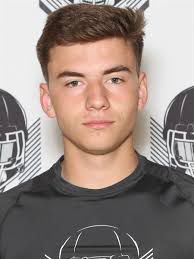 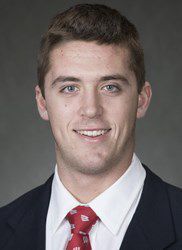