For Davante Adams and Kenny Clark, frustrating wait pays off with full health
0 comments
Share this
{{featured_button_text}}
1 of 3 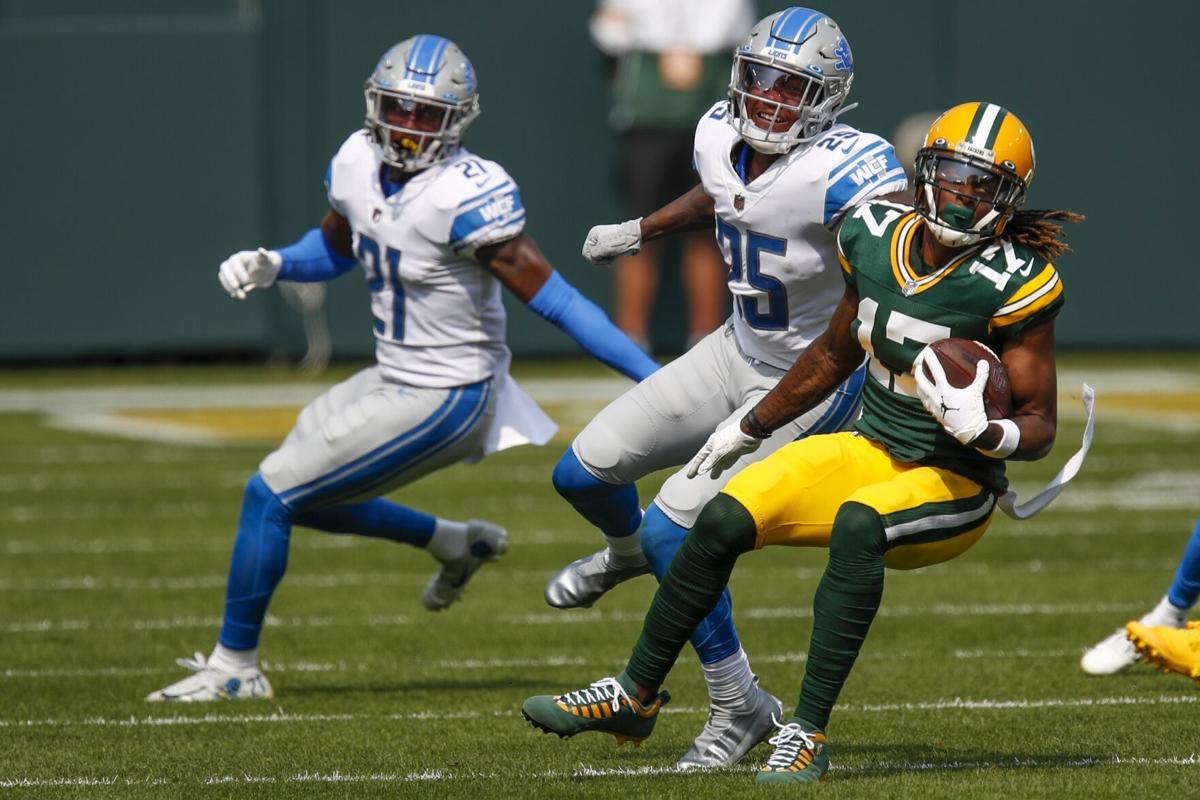 Packers' Davante Adams tries to get away from Lions' Will Harris during the first half last month at Lambeau Field. Adams has 17 receptions for 192 yards and two TDs playing in just two games this season. 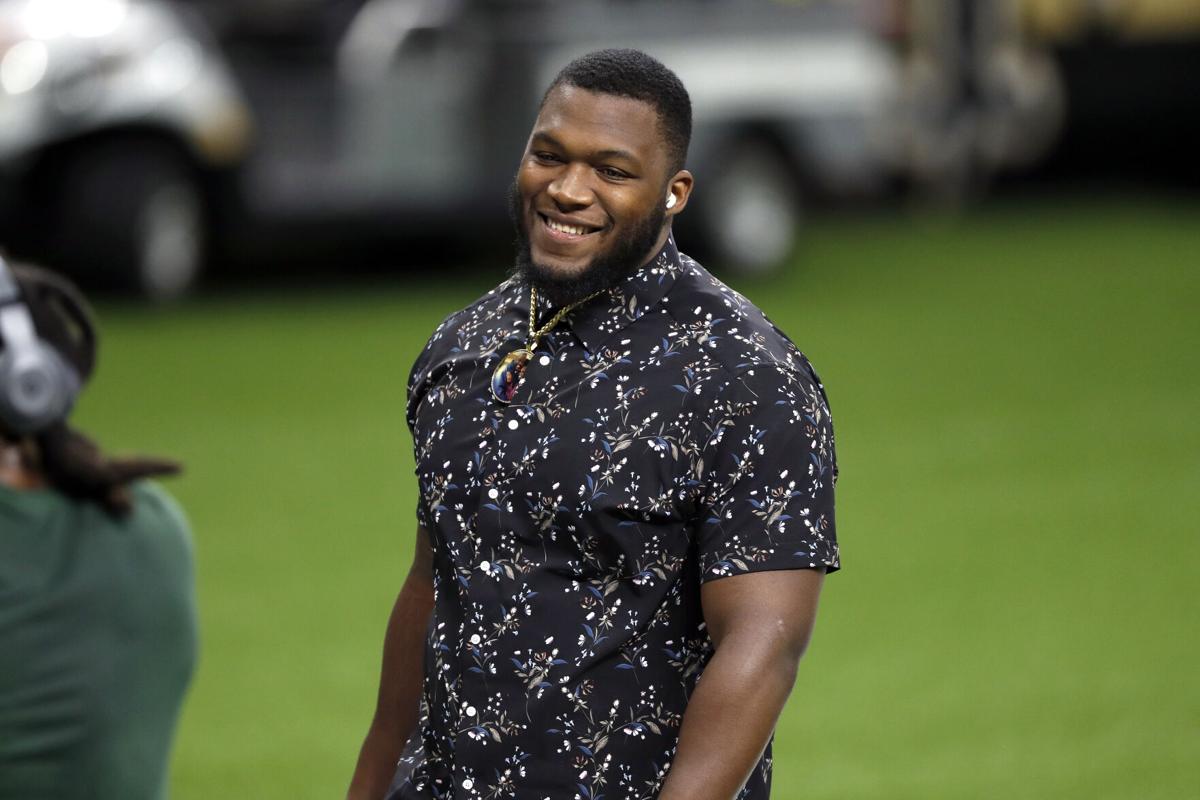 Defensive tackle Kenny Clark walks on the field before the Sept. 27 victory against the Saints in New Orleans. 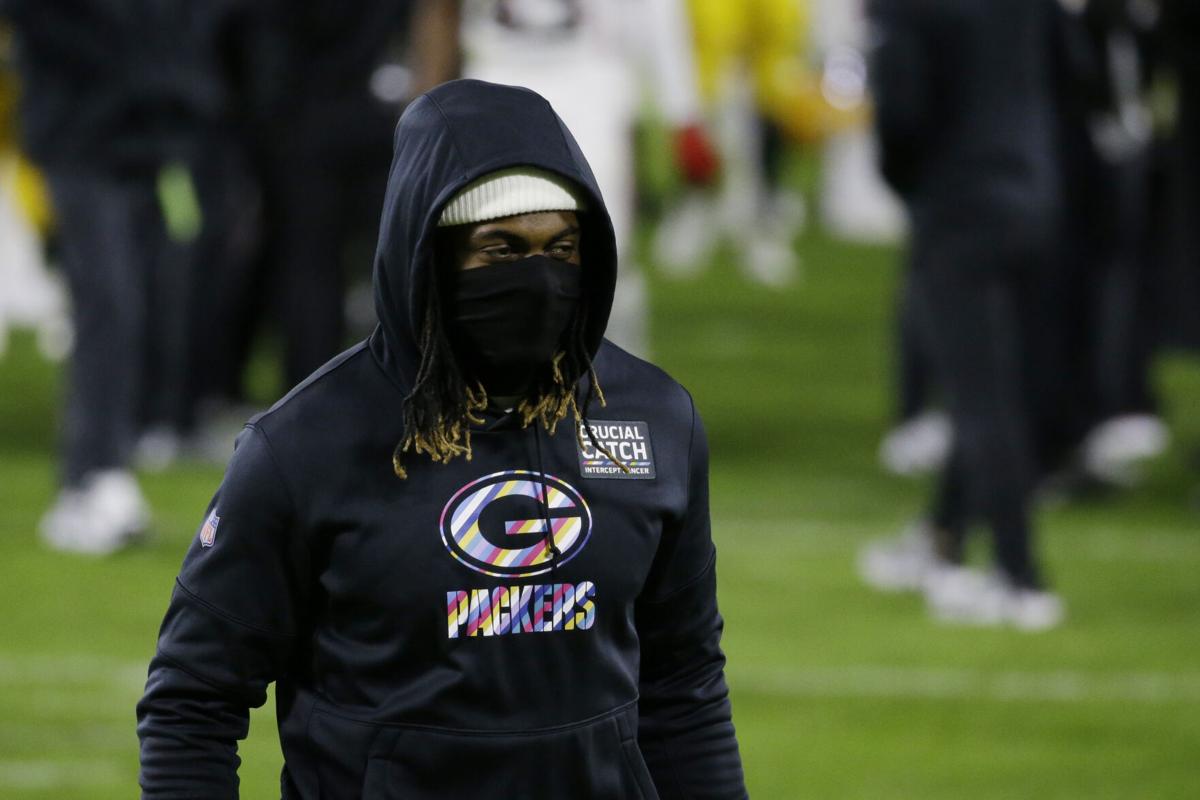 Adams wears a Crucial Catch pullover following the Oct. 5 victory over the Falcons at Lambeau Field.

GREEN BAY — Playing it safe with Davante Adams and Kenny Clark — despite ticking them off in the process — has paid off for the Green Bay Packers.

Neither player was particularly thrilled to miss as much time as he did — Clark three games since injuring his groin at Minnesota on Sept. 13; Adams two games after suffering a hamstring injury on Sept. 20 against Detroit — but Packers coach Matt LaFleur made it official Friday: Adams and Clark will both play in Sunday’s game against the Tampa Bay Buccaneers at Raymond James Stadium in Tampa, Florida.

“They look great. They’ve worked hard and they’ve put in a lot of time,” LaFleur said after both players fully participated in their third straight practices of the week. “They’ll be ready to go.”

Of course, both of them thought they were ready to go sooner than this, and although only one of them (Adams) took to social media to vent his frustration about not playing, Clark and Adams were each irritated by the long wait to return to action. They both felt they could have played in the Packers’ 30-16 pre-bye week victory over the Atlanta Falcons, but they were overruled by the team’s medical and coaching staffs.

“We’re two guys who have been waiting to get back on the field and we’re excited about it, just to be out there with our teammates,” Clark said. “We’re just going to be out there, and it’s two of some of the best guys on the team. It’s going to be good to have us back.

“It’s been tough not being out there with my teammates, but I just got a chance to watch the guys, help coach them up when they’re on the field and learn some more stuff. I’ve been feeling great this week. I feel like I was ready to play the Atlanta game, but it wasn’t in my control. I’m just happy I got a chance to practice all week. It’s a relief I finally get to go out and play.”

The same goes for Adams, who infamously tweeted his frustration the morning of the Packers’ victory over the Falcons, saying in part, “I’ve done everything I need to do and proved I’m ready but I guess I don’t know my body as well as others.”

Adams wasn’t slated to do a call with reporters on Friday, but speaking on Wednesday with what he considered a clean bill of health, Adams didn’t back down from what he said in his post while acknowledging that the extra time off was helpful to his hamstring.

“The hamstring feels good. It feels even better than it was at that point, when the tweet was put out,” Adams said, reiterating that he decided on his own to delete the tweet after about 45 minutes because he didn’t want it to be a distraction to his teammates that night. “It’s not too much to read into it to say I was frustrated.

“Obviously, I’m a competitor. I think everybody knows that. Everybody knows what I’m about and how I play football. I obviously understand what the club’s interests (are), and everything that goes with it. But being a competitor, and me being who I am and how I’m wired, even if I (was) not 100% at that point, I felt great to play.”

Adams, who caught a franchise single-game record-tying and personal best 14 receptions for 156 yards and two touchdowns in the opener at Minnesota, left the game against Detroit after catching three passes for 36 yards.

“It’s a little different when you’re dealing with a hamstring,” Adams said. “It’s one of those muscle/soft-tissue injuries you can’t really tough through them because your leg literally doesn’t function the same way without everything working together in there. But I feel like we gave it ample time at this point to do its thing.”

The Packers’ medical staff agreed, and despite ex-Packers tight end Martellus Bennett’s baseless claims during the 2017 season about team physician Dr. Patrick McKenzie pushing him to play through a shoulder injury — one which mysteriously coincided with quarterback Aaron Rodgers going down with a broken collarbone that year — the conservative approach the team took with Clark and Adams was consistent with the medical staff’s track record.

As a result, with 12 consecutive weeks of games (barring any COVID-19 related postponements), the Packers have two of their biggest stars back to full health.

“Anytime that you can come out and they’ve got a clean bill of health” it’s a win, LaFleur said. “We know that this is definitely a marathon; it’s not a sprint. I know I’ve said that a million times. It is a long season. For us to accomplish what we want to as a football team, we need guys like them.

“They are competitors. That’s what you love about them. You love guys that want to be out on the field with their teammates and that go about it the right way and put everything they can into rehabbing and being 100 percent healthy. You’ve got to try to figure out what the risk/reward is each and every week with every player that has a little something or other.

“We’re certainly looking forward to getting those two guys back into our lineup because they are key players for our football team.”

The news wasn’t all good on the injury front, however. LaFleur ruled out running back/kick returner Tyler Ervin, who has been battling a wrist injury for several weeks. LaFleur said wide receiver Darrius Shepherd, defensive back Josh Jackson and wide receiver Malik Taylor are all candidates to fill in for Ervin on returns, although his versatility on offense will be missed.

The Packers also listed cornerback Kevin King (quadriceps) as questionable, although LaFleur said King would be given until 90 minutes before kickoff to decide whether he can go. Outside linebackers Za’Darius Smith (ankle) and Rashan Gary (ankle), and defensive tackle Montravius Adams (neck) are also questionable.

King, who played just 30 of the Packers’ 70 defensive snaps against the Falcons, practiced on a limited basis after sitting out Wednesday and Thursday. If healthy enough to play, King would likely match up with Buccaneers star wideout Mike Evans while fellow cornerback Jaire Alexander would match up with Chris Godwin. Evans (ankle) and Godwin (hamstring) have both been dealing with injuries but were removed from the Buccaneers’ injury report and are set to play.

“That’ll be more of a game-time decision, again,” LaFleur said of King. “We’ll go back and watch the tape (of Friday’s practice), and talk to Kevin, see how he’s feeling tomorrow, and just kind of give him up ‘til game time to see if he can go or not. That’s ultimately a decision that we’ll make as an organization, though, because we don’t want to put him at risk.”

Check out photo galleries from every game of 2020 through the end of the regular season and the playoffs — if the Packers make it.

Photos: Packers hold off Saints for 37-30 victory in New Orleans

Quarterback Aaron Rodgers was in top form Sunday as the Green Bay Packers defeated the Minnesota Vikings, 43-34, at U.S. Bank Stadium in Minne…

Green Bay bound: Get to know all 9 players picked by Packers in 2020 NFL draft

From the Green Bay Packers' season opener against the Vikings in Minnesota to their regular-season finale against the Bears in Chicago, get th…

Photos: Green Bay Packers get back on track with victory over Houston Texans

Coming off their first loss of the season, the Green Bay Packers returned to early season form Sunday as quarterback Aaron Rodgers and wide re…

Packers' Davante Adams tries to get away from Lions' Will Harris during the first half last month at Lambeau Field. Adams has 17 receptions for 192 yards and two TDs playing in just two games this season.

Defensive tackle Kenny Clark walks on the field before the Sept. 27 victory against the Saints in New Orleans.

Adams wears a Crucial Catch pullover following the Oct. 5 victory over the Falcons at Lambeau Field. 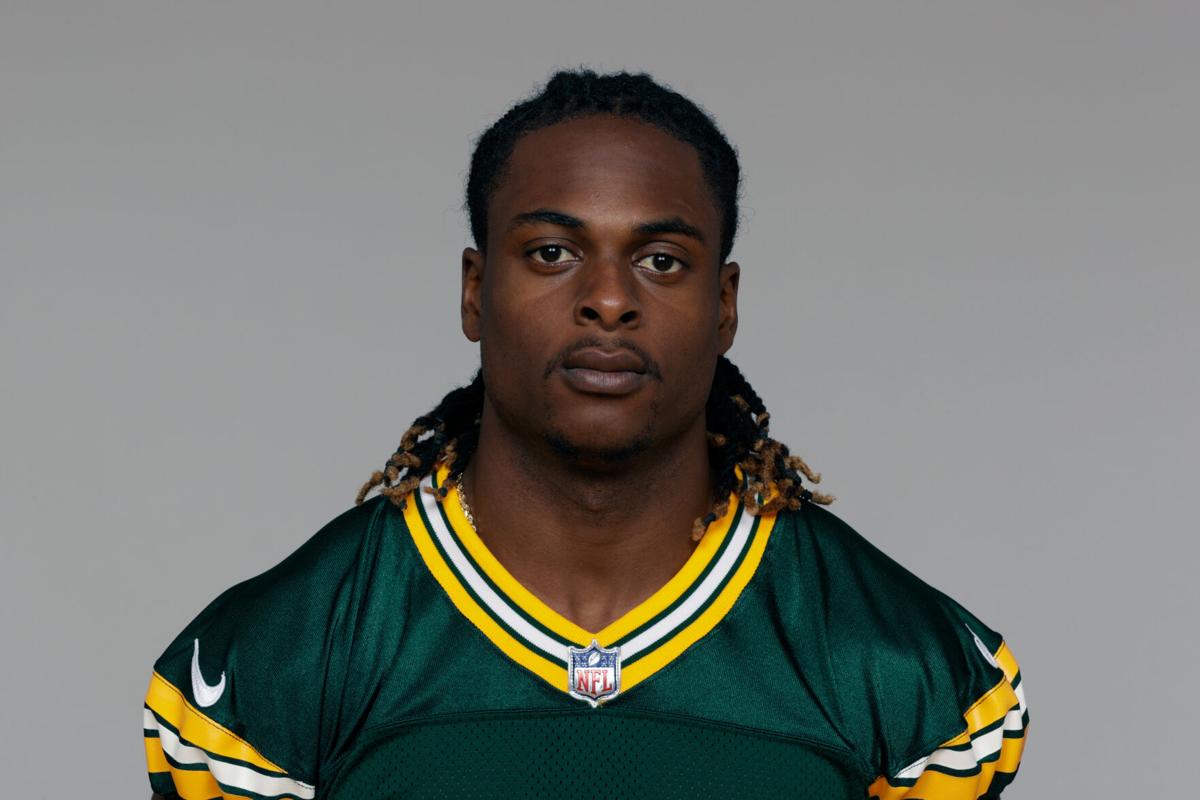