GREEN BAY — Mike Pettine wasn’t here for any of the games, and frankly, the Green Bay Packers defensive coordinator doesn’t care about them.

So yes, while Russell Wilson has never experienced victory at Lambeau Field, the Packers defense won’t be counting on history to neutralize the Seattle Seahawks star quarterback during Sunday’s NFC Divisional Playoff game.

“I know the record here, but that means nothing at this point. … It’s clear that the guy that’s getting it all done for them is Wilson,” Pettine said at midweek as the Packers focused their game-planning efforts on Wilson, whose teams are 0-3 at Lambeau Field against the Packers but 4-0 against them – including the 2014 NFC Championship Game – at Seattle’s CenturyLink Field. “I just think each game has its own set of circumstances.

“What was the matchup? Where were they offensively? What was the level of talent against each other? To me, it’s not worth the time to look (back) because the circumstances are so different now. I don’t put a lot of stock in past performances.

“He’ll be ready to go, and I don’t know if there’s a quarterback that’s playing at a higher level right now in the NFL. We’re certainly not going to depend on him coming into Lambeau and having an off game because that’s what he’s done before. We’re expecting his best.”

“I don’t like going back too far, just because I think it’s about this team, this year,” Wilson said this week. “Obviously we’re going into a tough environment. We’ve got to play great football against a very, very good football team. That’s really our only focus right now.

“For us, it’s really about this moment, this next play, this game. For us, going on the road, we’ve really learned how to capture that idea of playing great on the road. Hopefully we can use it for this game and play a great football game.”

For the Seahawks, who are 8-1 this season on the road including last Sunday’s NFC Wild Card win at Philadelphia, Wilson will have to bear most of the responsibility on offense. Injuries have devastated the NFL’s No. 4 rushing offense – the Seahawks are counting on in part Marshawn Lynch, who came out of retirement three weeks ago when injuries struck – and thrown their line into disarray. How much magic Wilson can conjure up by extending plays and escaping the pocket with his running ability and how often he can throw downfield to wide receiver Tyler Lockett and DK Metcalf will be vital to the Seahawks’ chances.

“He’s ready to do that anytime we need him. He’s always been willing to carry the whole thing on his shoulders if we need him to,” Seahawks coach Pete Carroll said in a conference call with Wisconsin reporters at midweek. “We like to play balanced football for all the right reasons, but when it doesn’t happen, part of being a balanced team is you can turn to what you need.

“If the weather was really bad, we can turn to the running game. If we’re not able to run the football, we can go to the passing game. You don’t know what’s going to happen on any given day. That’s how we’ve always structured our approach.”

Added Packers head coach Matt LaFleur: “He is one of a kind in terms of his ability to create and extend. You can never assume the play is over. He has got an uncanny ability even when he’s wrapped up, he can get out of things. I’ve had some experience going against him in the past, and he sure does keep the game interesting.”

Throughout the week, Pettine emphasized to his front-line players the importance of being disciplined in their pass rushing up front but also stressed to players in the secondary how Wilson’s extended plays can turn into game-changing plays in a blink.

“Russell’s ability to keep plays alive, those guys are always on the same page as far as how they’re going to convert their routes,” rookie safety Darnell Savage said. “You really have to think about it as playing two plays – the initial play, and then when the play breaks down and Russell starts moving around, that’s a whole new play. Just stay disciplined and keep your eyes in the right places. Just don’t relax, really. Just stay on him.”

The Packers listed four players as questionable on their injury report – most notably defensive tackle Kenny Clark (back). Clark practiced on a limited basis Thursday and Friday and is expected to play but his snaps could be limited. Also questionable: Clark’s backup, Tyler Lancaster (illness), fullback Danny Vitale (knee/illness) and No. 3 running back Dexter Williams (illness). … For the Seahawks, starting left tackle Duane Brown (knee) and backup left tackle George Fant (groin) are both questionable, and Carroll said they will be game-time decisions while starting left guard Mike Iupati (neck) is doubtful. While Jamarco Jones would get the start again at left guard, the Seahawks may have to start Chad Wheeler, promoted from the practice squad earlier in the week, at left tackle if Brown and Fant can’t play. … Packers tight end Jimmy Graham, who played three seasons in Seattle and was one of Wilson’s groomsmen, remains one of Wilson’s best friends. “Him and a lot of guys in that locker room helped me through some tough times in my career when I blew my knee out,” Graham said. “It was a testament to the guys in that locker room and my old teammates and Pete Carroll. Everybody stuck with me through that injury. Obviously, I’ve got a lot of love for a lot of those guys over there because of what they did in some of the darkest moments of my career.” … Kicker Mason Crosby has been monitoring the weather forecast, which includes predictions of heavy snow for Saturday but clear skies and temperatures in the low 20s for game day. “It looked like if we were playing on Saturday, we would’ve had a repeat of 2007,” Crosby said, referring to the snowy NFC Divisional game between the teams. “The temps don’t look too crazy cold, and we’ll just keep looking at the wind. I don’t really worry about it until I get here on Sunday and then I go out and see what it looks like whenever we step out on the field.” 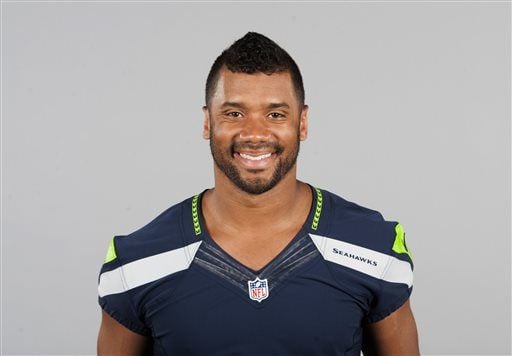 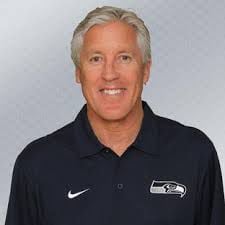