Coronavirus update: US retail sales regain pre-virus level but slowdown is likely. Get caught up.

Packers: Preseason program to get shaken up
0 comments
Share this
Return to homepage ×

Now, 62 years later, the team won’t be at the small private Catholic liberal arts college for camp – and will play just two preseason games instead of the four originally scheduled, as the NFL and the team work to prepare for a 2020 season that has been seismically altered by the COVID-19 pandemic.

In an expected move Wednesday, the Packers announced they will not partner with St. Norbert this summer, instead using their facilities at Lambeau Field for all of their training-camp operations, including practice, meals and meetings. Housing arrangements are in the process of being finalized, the team said.

The Packers moved much of their football work, including meetings, away from St. Norbert and into the team facility during previous head coach Mike McCarthy’s tenure. Players essentially slept in the St. Norbert dorms and ate meals there before moving off campus midway through camp as students prepared to return from summer break.

Players without residences in the greater Green Bay metroplex have stayed in a local hotel together once leaving the dorms.

The Packers are set to report to camp on July 28, along with the rest of the league, with second-year head coach Matt LaFleur having said earlier this offseason that he’d like to have the team’s rookies report to camp a week earlier, which is permitted by NFL rules.

Meanwhile, an NFL source confirmed what was widely reported Wednesday – that the league was cutting its preseason schedule from four games to two for each team. Having already canceled the annual Pro Football Hall of Fame Game, which had been scheduled for Aug. 8 in Canton, Ohio, the decision to reduce the preseason to two games was expected.

ESPN.com reported that the primary reason for reducing the preseason was that both the NFL and the NFL Players Association believed players will need more time than usual to get into football shape this summer after a virtual offseason program that was conducted remotely and included no on-field team work.

The NFL has not officially announced the change. The NFL Network reported that the NFLPA has yet to sign off on the cancelation of the two preseason games and may want the preseason to be scrapped altogether.

The restructured preseason amounts to the cancellation of Weeks 1 and 4 of the exhibition season, ESPN reported. The Packers had been slated to open preseason play against the Arizona Cardinals at Lambeau Field on Aug. 15 and finish exhibition play against the reigning Super Bowl-champion Kansas City Chiefs at Arrowhead Stadium on Sept. 3.

If they only play Weeks 2 and 3 of the schedule, the Packers would play host to the Cleveland Browns on Aug. 22 at Lambeau Field in their first preseason game and visit the New York Giants at MetLife Stadium on Aug. 29 in their second. Some teams’ schedules will likely have to be adjusted so each team can play one home game and one road game in preseason.

The Packers had been set to conduct dual practices with the Browns in Green Bay before the COVID-19 pandemic hit in March and forced the league to reevaluate all of its plans for the 2020 season.

The NFL set protocols last month for reopening facilities to team coaches and staff, guidelines that included rearranging locker rooms and reconfiguring weight rooms in addition to social distancing rules, requiring players and staff to wear masks while inside the building, conducting as much of their work outside when possible, and having Zoom video conference meetings even when all players and staff are in the building to reduce the risk of coronavirus transmission.

The Packers’ regular-season opener is slated for Sept. 13 at the Minnesota Vikings at U.S. Bank Stadium in Minneapolis.

Love, a quarterback from Utah State, received a fully guaranteed four-year $12,383,470 contract, NFL Network reported. The deal includes a signing bonus of $6,566,160 and marks the first time the No. 26 pick received a fully guaranteed deal under the current rookie contract system, according to the network. It also contains the customary fifth-year option that all first-round pick contracts have.

Dillon’s deal is projected to be a four-year, $5.2 million deal and figures to include a $1.4 million signing bonus, according to Spotrac.

Love became the sixth first-round pick to sign his deal, and the signings leave just three of the Packers’ nine picks unsigned: Third-rounder Josiah Deguara, a tight end from Cincinnati; fifth-rounder Kamal Martin, an inside linebacker from Minnesota; and sixth-rounder Jake Hanson, a center from Oregon.

Packers: Wide receiver Lazard aims to be more productive in 2020

GREEN BAY — Matt LaFleur didn’t even want to think about it.

One day in August 1972, the late Ralph Trower, a member of The Journal Times’ sports department for 27 years, was roaming around the Green Bay…

GREEN BAY – Sometimes, the best answers really are the simplest ones.

GREEN BAY — There may still be fans in attendance at a Green Bay Packers home game at Lambeau Field this season, but it won’t happen until at …

Badgers react to not playing football this fall

Paul Chryst said it was hard to gauge the room on Tuesday.

Packers: Giving a little ‘extra,’ rookies aim to use additional meeting time, practice time to make up for lost time

If the college football season is able to be played this fall, the University of Wisconsin football team now knows who it’ll face and when.

GREEN BAY — To hear Brian Gutekunst and Matt LaFleur tell it throughout the offseason, the Green Bay Packers have their tight end of the futur…

GREEN BAY — Nobody knows how good Christian Kirksey will be in the middle of the Green Bay Packers’ defense, but the new inside linebacker has…

Packers: Secondary could be a primary strength for defense in 2020 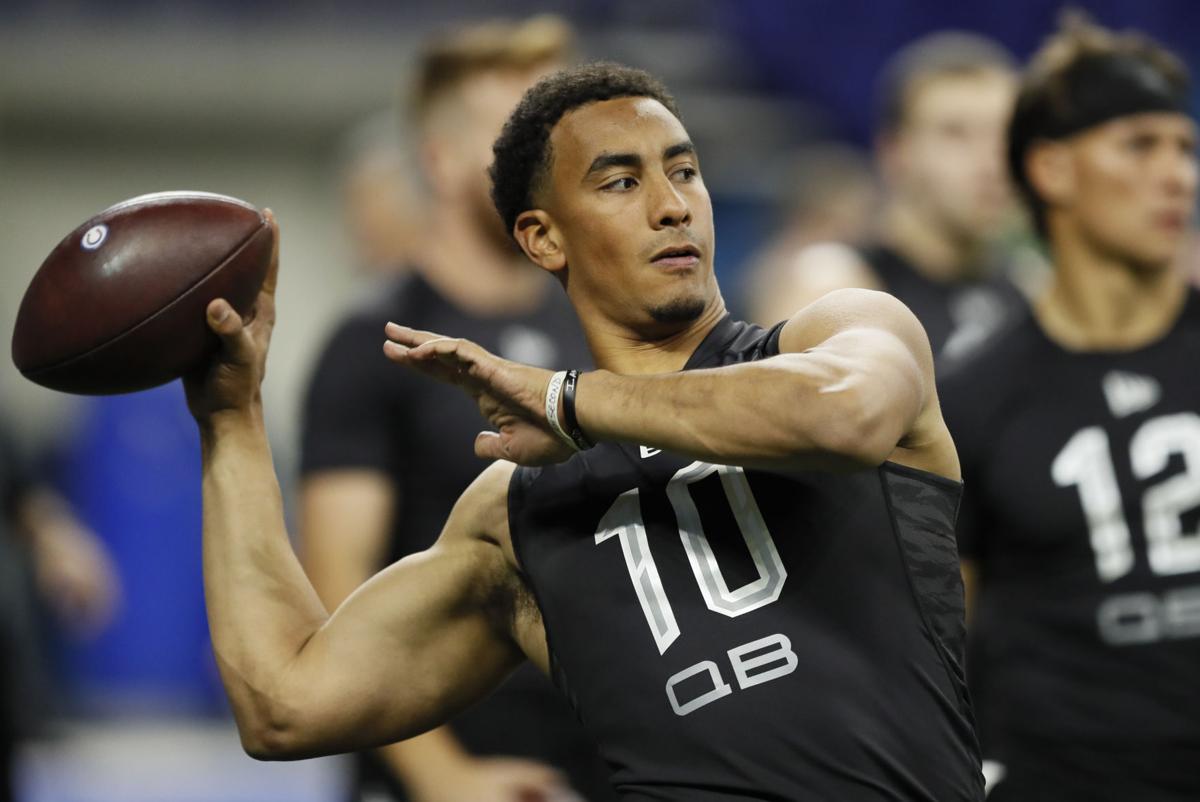 Utah State quarterback Jordan Love was taken in the first round of the 2020 NFL draft by the Green Bay Packers.