Packers: Alexander developing into a dominating cornerback
0 comments
Share this
{{featured_button_text}}
1 of 2 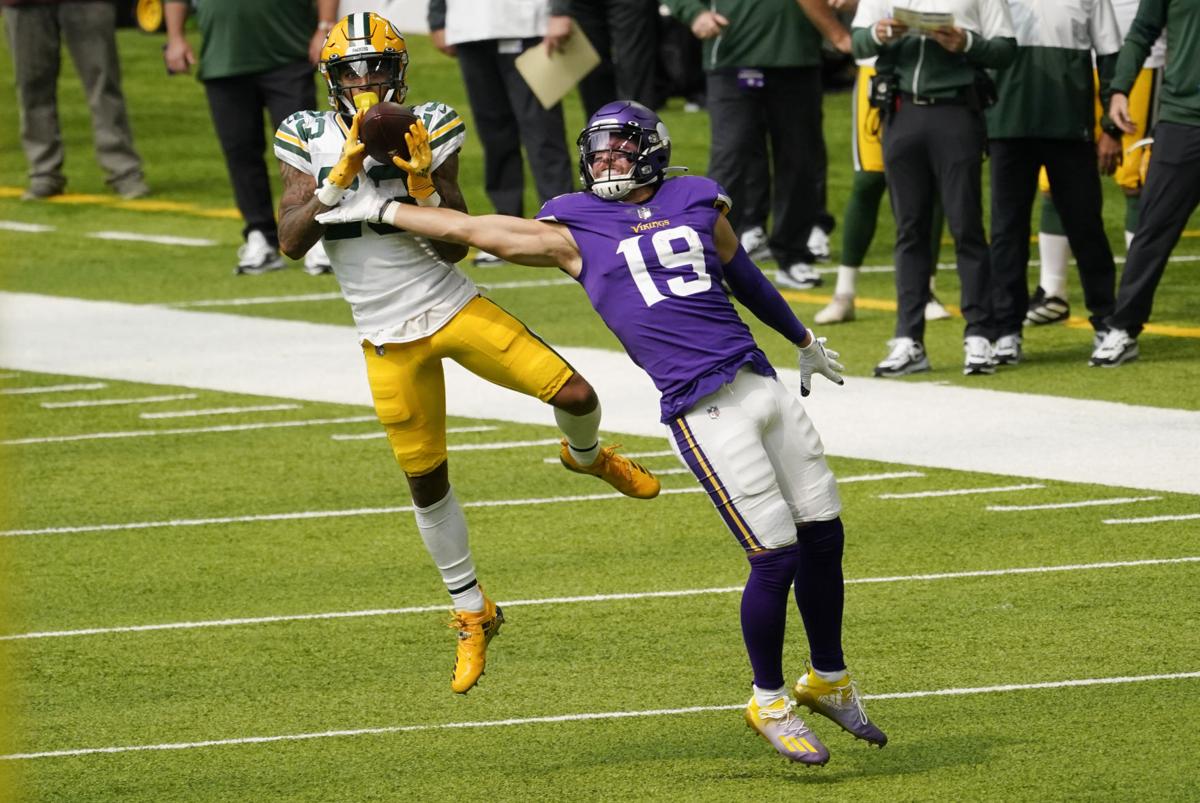 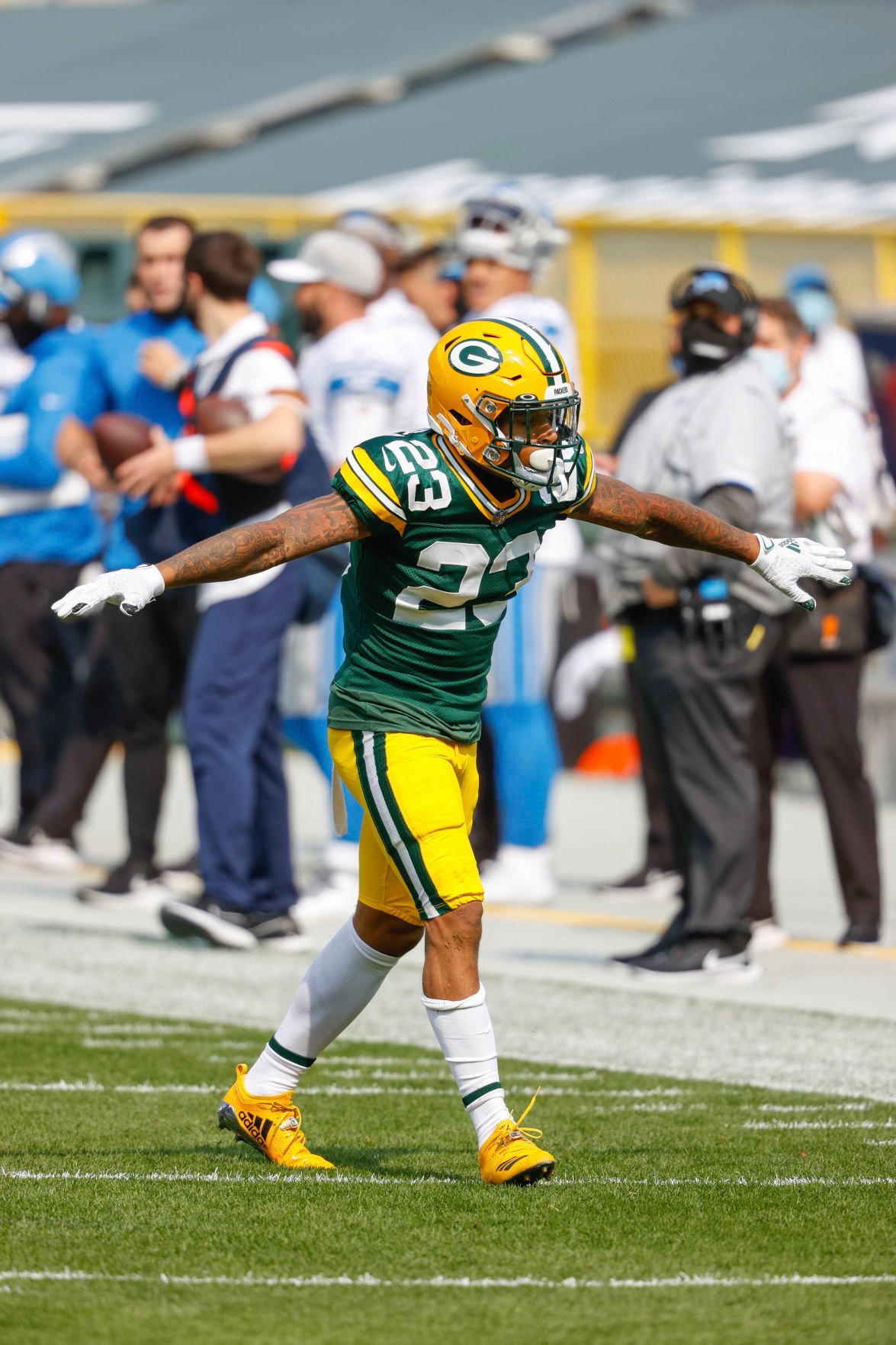 GREEN BAY — As if getting off to the best start of his NFL career isn’t enough, Jaire Alexander has been so impressed by what the Green Bay Packers offense has done that he’s toying with the idea of playing a little wide receiver.

OK, maybe he just brought the idea up tongue-in-cheek to quarterback Aaron Rodgers during the bye week.

“I was telling ‘A-Rod’ earlier, he’s throwing everybody these touchdown passes, I think I need to get on offense myself so I can get me one,” the Packers third-year cornerback said during a Zoom call during the Packers’ bye week. “It’s been amazing.”

Even as only a one-way player, Alexander hasn’t been too bad himself, registering 19 tackles, four pass breakups, one sack and one interception during the Packers’ 4-0 start.

In their final game before the bye, a 30-16 win over the Atlanta Falcons on “Monday Night Football,” Alexander matched up with Falcons wide receiver Calvin Ridley. According to NFL NextGen Stats, Alexander covered 23 of Ridley’s 27 routes. Alexander didn’t allow a catch on five targets during those 23 snaps, and Ridley finished the game without a reception – after catching nine passes for 130 yards against Seattle, seven passes for 109 yards against Dallas, and five passes for 110 yards against Chicago.

With a track record of playing his best in marquee games, the performance was in no way surprising. The previous week at New Orleans on “Sunday Night Football,” Pro Football Focus has Alexander having allowed only one reception – an Alvin Kamara catch for a loss of 2 yards. Matched up against Emmanuel Sanders for much of the game, none of Sanders’ four catches for 56 yards came against Alexander.

“Oh yeah, ‘Prime Jaire’ is a real thing. I call it ‘Prime Time Ja Money.’ That’s like an alter ego,” Alexander said. “When the lights come on, it reminds me of ‘Friday Night Lights’ in high school. That was my time to shine.

“I don’t get caught in the hype of players. I think the first battle starts within and it starts with myself. If I focus on myself more, I will ultimately be able to (win against) my opponent because I’ll know what I need to do. (I) know where I need to improve and know where my strengths are. That allows me to be dominant with no hesitation. I don’t even look that way during warmups because I don’t care. It starts with me and that’s just the mentality I have to approach the game.”

And for as confident and cocky as Alexander can be, it’s actually been his calmer approach to the game that seemingly has had the greatest impact on his performance. Having experimented with meditation in college at Louisville, Alexander has gone all-in on it this year after embracing yoga during his rookie season. And his coaches have noticed.

“Just from an approach standpoint, (it was noticeable) just how focused he was. You could even tell in some of our offseason stuff,” defensive coordinator Mike Pettine said. “As you know, Ja — as he talked about — is very, very much into evaluation of self and meditation and the yoga. I think that’s really helped him because at that position, there’s a lot of outside noise can get into your head and have an effect on your job. He doesn’t allow that to happen.”

Alexander said he didn’t read any self-help books or download any iPhone apps to help him meditate. Instead, before pregame warmups begin on game day, Alexander can be found sitting against a goalpost, visualizing and meditating. He believes his focus is sharper once games start because of it.

“Mentally, I think I’m in a better place – a much better place – now,” Alexander said. “(It’s) just the new way of playing football and going about it nowadays. Meditation helps slow down the game for me and yoga keeps me stretched out, loose and ready to go.”

“I would say a lot of times my thoughts or my mind will be racing (in the past). I just needed a way to keep that focus and be more dominant on and even off the field. A lot of players have anxiety just because of the stage that we’re on. That’s been the biggest way to calm that down for me and just simplify and narrow the game for me. It’s been really good.

“I’m in a much better place, I’m feeling confident and the sky’s the limit. Or the stars is the limit, or the galaxy, or anything beyond that.”