For the better part of five years, the Green Bay Packers tried everything to solve their problems at tight end, signing plenty of well-known names at the position but getting less-than-stellar contributions in return.

Bennett was especially disappointing during a 2017 season in which quarterback Aaron Rodgers’ broken collarbone turned out to be mysteriously contagious, with Bennett developing a shoulder issue and bad-mouthing the team’s medical staff before being unceremoniously dumped during the season.

The Packers have tried the draft, too, with general manager Brian Gutekunst spending a third-round pick in back-to-back drafts on the position, picking Texas A&M’s Jace Sternberger two years ago and Cincinnati’s Josiah Deguara last year.

As it turned out, their best option turned out to be the guy who joined the practice squad late in the 2017 season, caught the star quarterback’s eye on the scout team and had a remarkable breakthrough season in 2020: Robert Tonyan.

While Rodgers was working his way back from the injury that year, he ran the scout-team offense while backup Brett Hundley took first-team reps as the fill-in starter. And it was during those matchups against the starting defense that Rodgers saw glimpses of what Tonyan, a former college quarterback and wide receiver, has become.

“You knew it early on,” Rodgers said late last season.

Even Rodgers can’t say he envisioned Tonyan’s 2020 performance — 52 receptions, 586 yards, 11 touchdowns in the regular season, plus eight catches for 82 yards and another TD in the playoffs — during those look-team snaps together three years earlier. But he did see the potential for huge growth, and he saw Graham and Lewis nurture it.

“His development has been aided in part by the guys he’s been able to be around. He would be the first one to tell you that, I think,” Rodgers said. “Being able to be around Jimmy Graham and Marcedes Lewis has been really important for him. Picking up the preparation habits, and then how to be a pro, I think, has been so important.

“He’s always had the confidence. Once he felt comfortable with his body with the weight that he’s carrying, I think you’ve seen him really take off in all phases of what it means to be a tight end. It’s fun to see him with so many touchdowns this year and to see a lot of the hard work that he’s put in come to fruition, for Robert to have the stats to back up the progress that he’s made.”

Whether Gutekunst needs to invest one of his 10 picks in next week’s NFL Draft on the position largely depends on how confident he is in Sternberger developing after two unimpressive seasons and how certain he is that Deguara, who made a strong first impression last year, can quickly return to form after suffering a season-ending torn ACL in his knee after playing in just two games as a rookie.

While Deguara very much looked the part of the versatile chess piece head coach Matt LaFleur loves to utilize in his offense, Sternberger wasn’t able to build on his late surge down the stretch of the 2019 season and parlay it into a big Year 2 jump. He wound up catching 12 passes for 114 yards and one touchdown, then had a December 6 concussion sideline him for the remainder of the regular season. He cleared the concussion protocol in time for the playoffs but was a healthy scratch for both the Packers’ NFC Divisional win over the Los Angeles Rams and their season-ending NFC Championship Game loss to the Tampa Bay Buccaneers.

“I think the offseason’s going to be huge for (Sternberger),” offensive coordinator Nathaniel Hackett said last month. “He’s still a young player. He’s gotten a lot of experience out there, (but) it’s about understanding the offense even more, being more comfortable with it so he can go out there and execute at a high level. I think that’s going to be huge for him in this offseason into training camp, just continually, consistently showing he can do it day-in and day-out and gain the trust of everybody.”

The Packers also brought back Lewis for a fourth season of locker-room leadership and punishing point-of-attack blocking. Even at age 36, he remains valuable in an offense that used him more effectively than ex-head coach Mike McCarthy’s staff did in 2018, when Lewis was a glorified third offensive tackle.

“I don’t know if anybody can do what he does. He did some amazing things last year,” Hackett said. “He’s kind of that unsung hero, that he does so many things for our team that go unnoticed at times because they might not be the flashy touchdowns or whatever. But it’s hard to replace a guy like that. We’re going to be training people, and they’ve got a great mentor in Marcedes. He’s one of the best ever.”

But the Packers will primarily lean on Tonyan, who is expected back after receiving a second-round restricted free-agent tender in March. Should another team sign him to an offer, the Packers would have the right to match it or receive that team’s second-round pick as compensation.

“I mean, his ability to get down the field and separate and catch the ball, he was pretty good last year,” Hackett said. “Whenever you have a red-zone threat like that, it’s huge. The more people you have that are a threat down there, the more the defense has to cover. He’s an integral part in the things that we did last year and we’ve just got to keep him developing.”

The 6-foot-5, 245-pound Pitts led all FBS tight ends in touchdowns last season with 12, despite only playing in eight games and opting out of the Gators’ bowl game. His elite athleticism and pass-catching ability could make him the first non-quarterback to be drafted during the first round on Thursday night.

Pitts finished his three-year college career with 100 receptions for 1,492 yards and 18 touchdowns, leaving Florida as the school’s all-time leader in receiving yards by a tight end and second in receptions by a tight end. His unique combination of size and athleticism make him a matchup nightmare for defenses, who know he can overpower a smaller cornerback and run past safeties and linebackers. Florida’s coaches called him a “unicorn.”

“I feel like, when people call me a unicorn, it’s kind of a special nickname,” Pitts said after his pro day. “Because unicorns, you don’t find many of them. So, being able to do things that other tight ends can’t is kind of special.”

The 6-foot-2, 246-pound Mason, who was recruited by Wisconsin — among others, including several Ivy League schools —before ending up playing four seasons at Michigan, has one of the most circuitous routes to this year’s draft. He picked Michigan, which offered him as a linebacker prospect, but Mason wound up spending most of his career on offense and on special teams. He did, though, start one game at defensive tackle — yes, you read that correctly — as a junior.

He’s projected as a Day 3 pick, largely because his stat sheet is remarkably thin for a four-year player (37 carries, three pass receptions, and seven tackles in that game where he lined up on the defensive line). But he made a strong impression playing tight end and fullback at the Senior Bowl in January, and he could also help a team on special teams immediately.

In addition to their recent draft investments in Deguara and Sternberger, the Packers also used third-round picks on the position in 2014 (California’s Richard Rodgers) and 2008 (Texas’ Jermichael Finley). They also had a pair of fifth-round tight ends make meaningful contributions during the Ted Thompson era (Penn State’s Andrew Quarless, a starter on the Super Bowl XLV team in 2010, and Arkansas’ D.J. Williams, who was taken in 2011).

But before that, the position was largely ignored in the draft.

From Pro Football Hall of Fame GM Ron Wolf’s first draft in 1992 to until Thompson took Finley in 2008, the Packers drafted just two tight ends over that 17-draft span: Boston College tight end Mark Chmura in sixth round in 1992, and Miami (Fla.) tight end Bubba Franks in the first round in 2000. (Rutgers’ Clark Harris, officially listed as a tight end when the Packers took him in the seventh round in 2007, was actually a long-snapper and has never played a single offensive snap in his 12 years as the Cincinnati Bengals’ snapper.)

This is the fourth of a series of articles by Lee Newspapers' Jason Wilde examining how the Green Bay Packers will approach the 2021 NFL Draft. 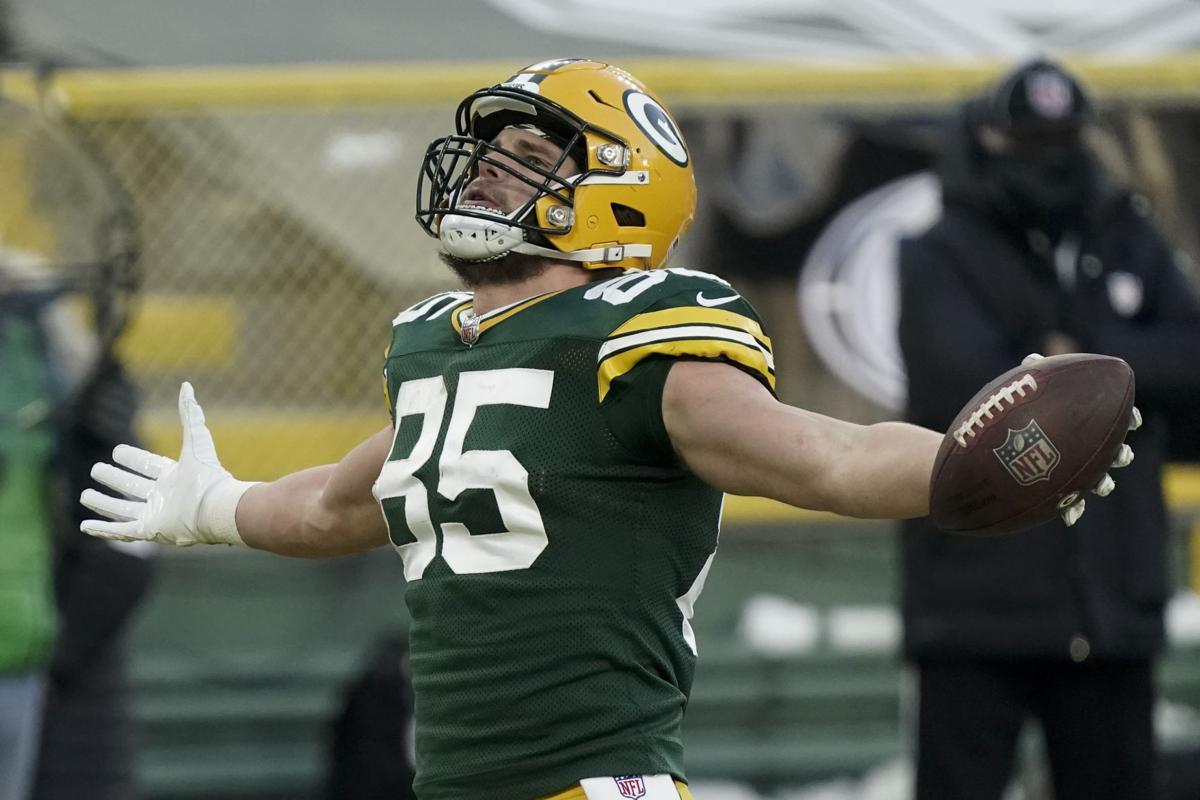 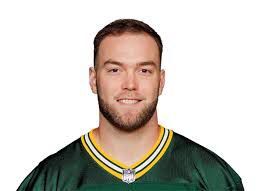 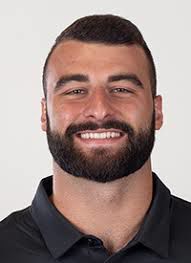