Known commodities are in short supply for the University of Wisconsin football team’s offense.

Senior quarterback Jack Coan is out indefinitely due to a foot injury that required surgery on Tuesday. Losing an experienced player like Coan makes the question marks at other positions become even more pronounced. One of those spots needing a new leading man — or group, in this case — is running back.

The Badgers entered the offseason knowing they’d be replacing star tailback Jonathan Taylor after he posted one of the best collegiate careers by a tailback in just three years. UW coach Paul Chryst said the team will lean on three players — fifth-year senior Garrett Groshek, and redshirt sophomores Nakia Watson and Isaac Guerendo.

Even with his coach’s statement, Groshek said he’s imploring the entire group of running backs to prepare for their chances.

“I told the running back room that the fewest amount of running backs that we’ve used in one year is four since I’ve been here. We’re going to need everybody, not just me, Nakia and Isaac, but everybody in that room,” said Groshek, one of the team’s captains last season. “We’re all just going to be ready and feed off each other. I think we complement each other well.”

Groshek served as a third-down back throughout Taylor’s career. He’s a trusted pass-blocker, but has shown the ability to make plays as a runner and a receiver. He’s averaged 5.5 yards per carry and 8.6 yards per catch in his career, and he’s played a variety of roles on special teams.

His leadership among the running back group and the team as a whole is special, offensive coordinator Joe Rudolph said.

“Sometimes it’s hard to not just be in a moment for yourself, to not see things only in relation to you, how it affects you, and what the outcome is for you, what your results are. He kind of sees the big picture,” he said. “I think it probably dates back to being a quarterback and being a leader of the team coming from high school, but he had that early on. I think it’s a special quality. He’s able to get a pulse of the offense, of the team. He’s able to unite guys across position groups, across the sides of the ball.”

As Taylor’s primary backup last season, Watson had 331 yards and two touchdowns on 74 carries. But he knew that with more responsibility this year, he had to improve. A point of emphasis for Watson was understanding where the ball needs to be run in order to be effective.

At times last year, Watson would receive a handoff, sprint to where the hole was supposed to be and find himself staring at the backs of his linemen as opposed to a crease to run through. Learning the line’s responsibilities and to be patient as blocks develop are important milestones for a back, and they take time. But Watson’s power as a runner sets him apart, according to Rudolph, and it’s that part of his game that Watson wants to showcase this season.

“I remember what got me here and that’s pretty much what I go based off of. My running power, the ability to see the holes, I’ve come a long way with that stuff. That’s what got me here, so that’s what I’ve got to stick with,” Watson said.

Guerendo hasn’t been featured on offense much in his time at UW, but made his first splash play last season on a kickoff return against Minnesota. With UW up seven in the third quarter, Guerendo took the ball on a reverse and picked up 49 of the 56 total yards gained to ignite what would become a lopsided win. A receiver out of high school, Guerendo’s speed and big-play ability gives the offense another threat to utilize out of the backfield.

The trio hopes their varied skill sets blend together for a dynamic backfield.

“The way that you kind of see things differently — it was the same thing when we were in the same room with J.T. — different people just see things in different ways, and our styles are a little bit different,” Groshek said. “Being able to master different things I think helps us out as we keep growing and complementing each other.”

Chryst said he trusts the group not to think they need to replicate what Taylor did for the Badgers, which included winning two Doak Walker Awards as the nation’s top running back. They just need to be themselves, he said.

That’s not always easy, given the tradition of running backs at UW, Watson said, but staying true to who they are is their path to success.

“We know that we can’t try to be J.T., be Ron Dayne, be Melvin Gordon. We know we have to play our football.”

Colten Bartholomew is a reporter for the Wisconsin State Journal in Madison. 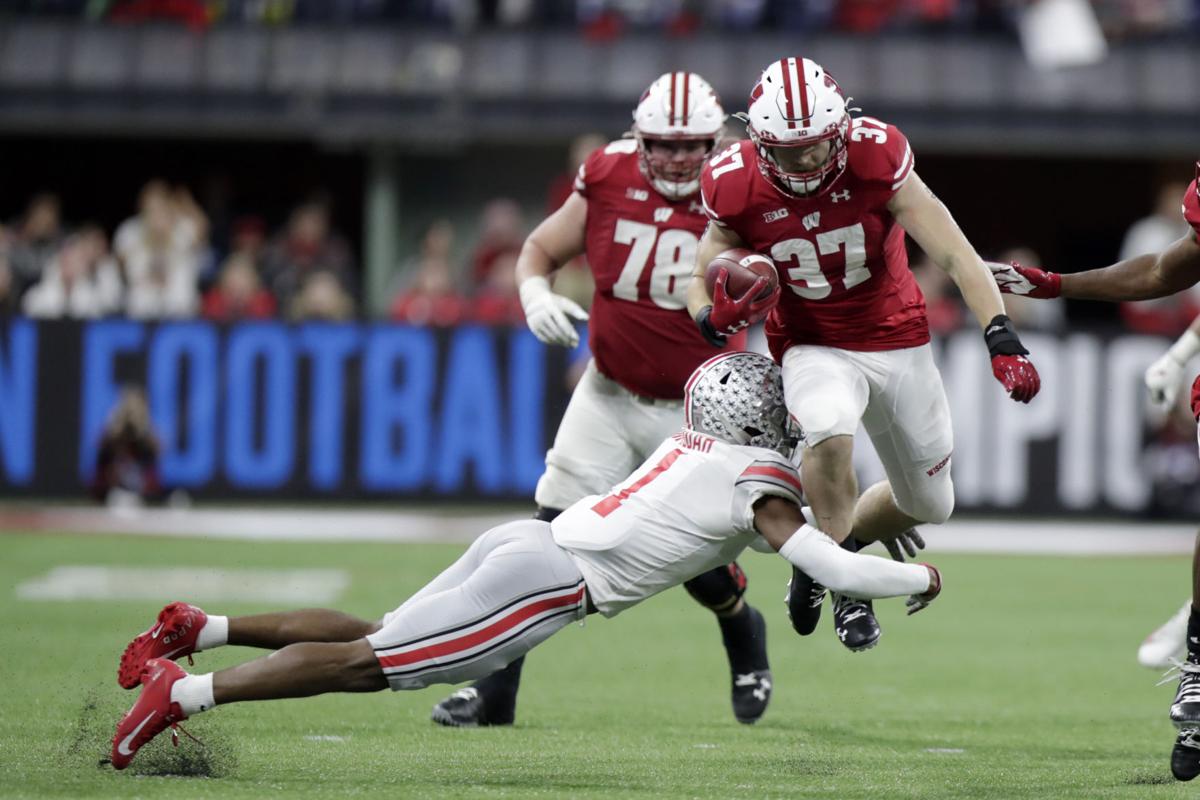 Wisconsin running back Garrett Groshek is tackled by Ohio State cornerback Jeff Okudah during the Big Ten championship Dec. 7 in Indianapolis. Groshek is one of the players expected to replace Jonathan Taylor, who was drafted by the Indianapolis Colts after last season. 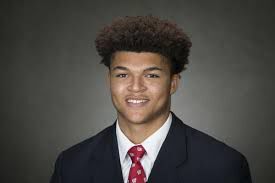 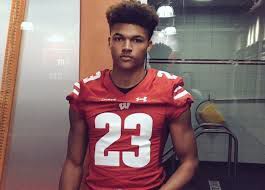