An improved Packers defense is expected, even without many new faces
0 comments
Share this
{{featured_button_text}}
1 of 2 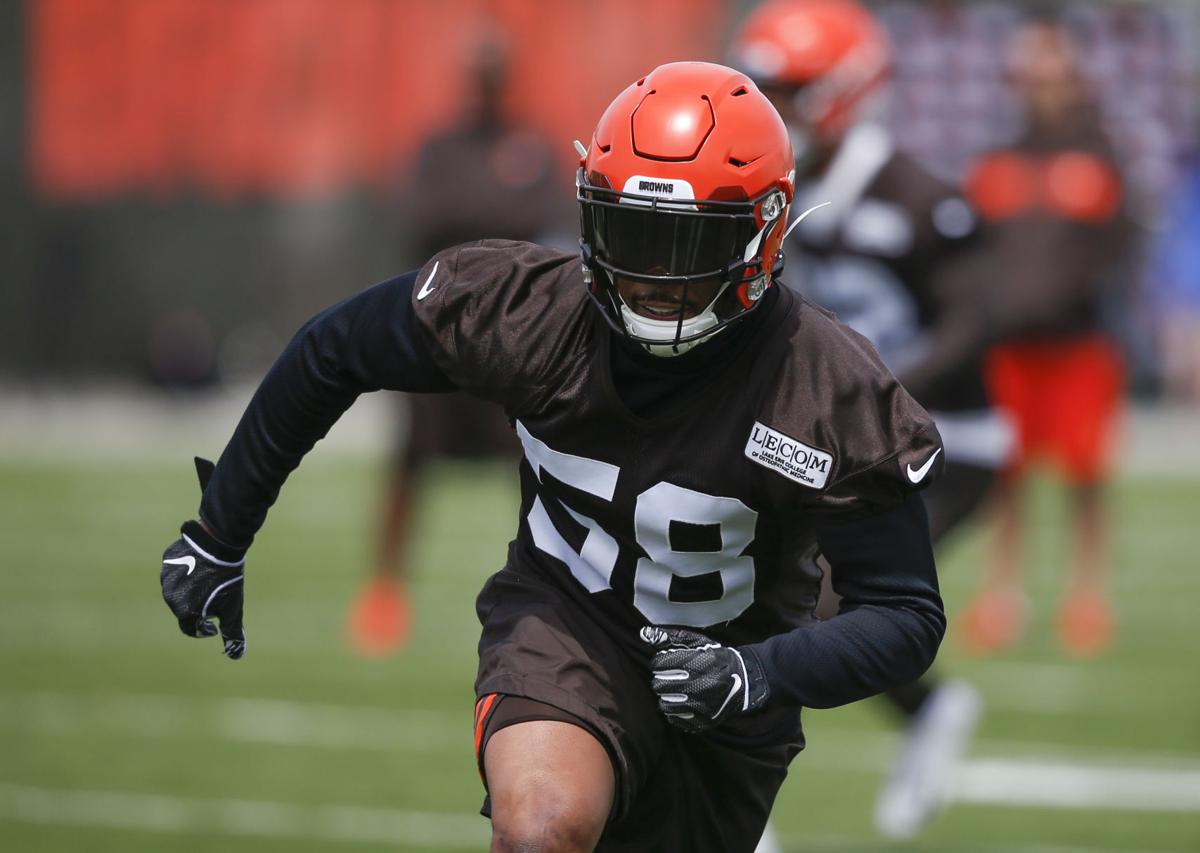 Linebacker Christian Kirksey, shown running a drill with the Cleveland Browns on May 15, 2019, was signed by the Green Bay Packers in March. 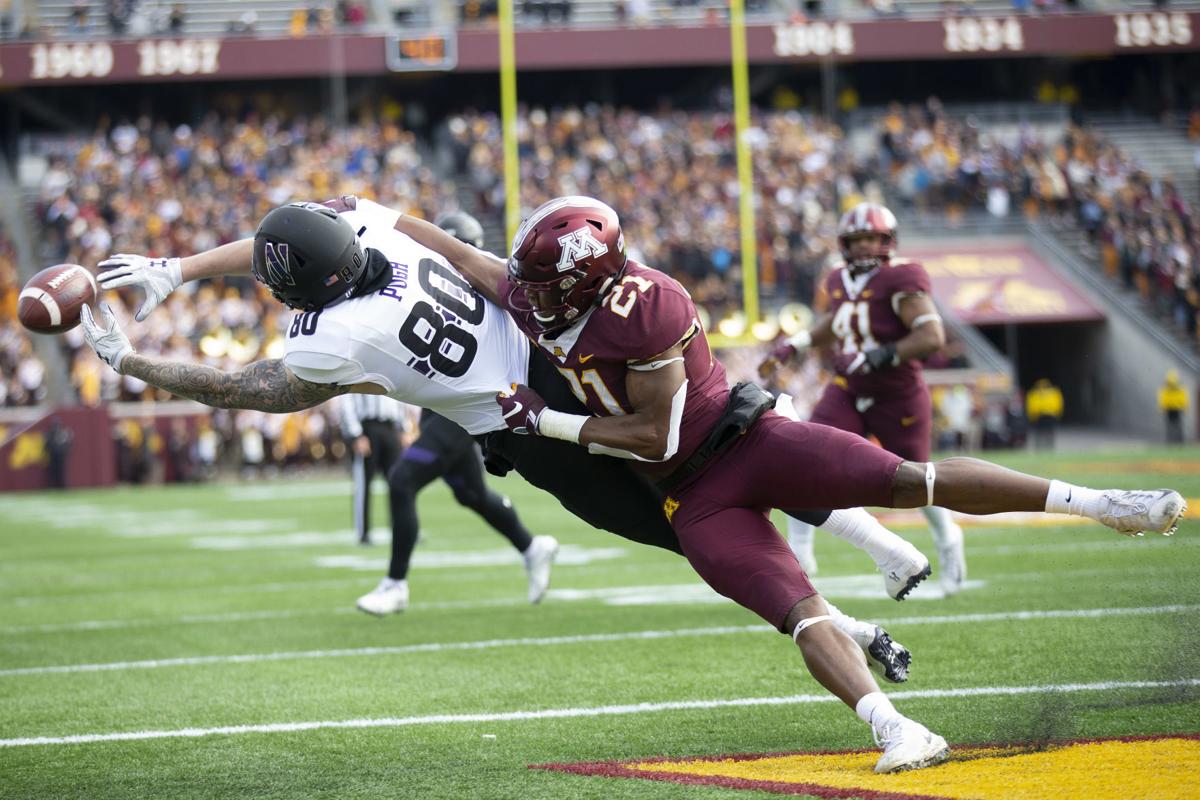 Northwestern wide receiver Trey Pugh (80) misses a pass in the endzone against Minnesota's linebacker Kamal Martin Nov. 17, 2018, in Minneapolis. The Packers drafted Martin in the fifth round in April.

GREEN BAY — From free-agent dollars to premium draft picks, general manager Brian Gutekunst invested heavily in the Green Bay Packers defense last year — and it paid off with marked improvement by a unit that helped his team go 13-3 and reach the NFC Championship Game.

But as the Packers’ virtual offseason program got into full swing this week, with players scattered about the country and connecting via their iPads to recorded team meetings and video conferences, they did so with largely the same cast of characters they had defensively when they ended the season, with only a handful of consistent contributors not returning.

That means the Packers will be largely counting on improvement from within and quality coaching to help a unit that was better last year than it had been in 2018 but still wasn’t among the league’s elite units. The Packers did finish ninth in the 32-team NFL in scoring defense at just 19.6 points per game — the club’s best finish since the 2010 Super Bowl XLV team was second in the NFL at 15.0 points per game, and up from a 25th-place in 2018, when the unit allowed 25.0 points per game — but coordinator Mike Pettine’s crew also finished 18th in total defense (352.6 yards per game), tied for 15th in sacks (41), 14 th against the pass (232.6 yards per game) and 23rd against the run (120.1 yards per game).

And, of course, there was the team’s ignominious departure from the playoffs, as the San Francisco 49ers ran for a whopping 285 yards in their 37-20 win on Jan. 19.

“We’ve had a lot of conversations about, ‘What can we do differently?’” head coach Matt LaFleur said following last month’s NFL Draft. “The one thing I love about all our coaches and our players, everybody looked inward and looked at themselves in terms of how can we do a better job. That’s certainly something we’ve studied this offseason, and we’re going to work on that in this virtual offseason and hopefully once we get back to training camp.”

Still, it’s clear that it’ll have to happen with largely the same personnel.

Longtime starting inside linebacker Blake Martinez left in free agency to join the New York Giants on a three-year, $30 million deal, and inside linebacker B.J. Goodson (Cleveland Browns), outside linebacker Kyler Fackrell (Giants) and hybrid safety/linebacker Ibraheim Campbell (Tennessee Titans) also left. Veteran defensive back Tramon Williams, who played 70 percent of the defensive snaps as a slot corner, has not yet been re-signed, and Gutekunst strongly hinted that the team is going to allow younger alternatives prove themselves before reaching out to the 37-year-old Williams about returning for a 14th season.

The team’s only defensive additions were free-agent inside linebacker Christian Kirksey, signed to replace Martinez after being cut by the Browns, and three draft picks: Fifth-rounder Kamal Martin, a linebacker from Minnesota; and seventh-rounders Vernon Scott, a safety from TCU, and Jonathan Garvin, a defensive end/edge rusher from Miami (Fla.).

“Last year, I thought there were some significant things we needed to do to move forward and be the kind of team that can compete for championships. I didn’t think we were close enough,” Gutekunst replied earlier this offseason when asked about those investments. “We weren’t going to be able to do that unless we did a bunch of stuff.”

With free agency essentially over and post-June 1 cuts no longer a major opportunity to add players, the Packers’ only other additions have been waiver-wire claims on ex-Miami Dolphins defensive lineman Gerald Willis and edge rusher Jamal Davis shortly before the draft and the signing of journeyman defensive lineman Treyvon Hester last week.

“Obviously a lot depends on what opportunities are out there as we move forward into training camp and towards the 53(-man roster) cut,” Gutekunst replied when asked what other avenues of adding players but I think I’ve talked to you guys before, this kind of ends one part of things and we’ll sit back and reassess as we move forward see what’s out there for us.”

Certainly the Packers will be aiming to improve against the run, where they were fortunate not to have to face Minnesota’s Dalvin Cook a second time late in the season and benefitted from some late-season matchups with struggling offenses.

“If we know a team is going to try to run the football to beat us, then we better make sure that we take that ability away,” LaFleur said. “I think we got the talent on this football team to do that. I’m really excited about some of these additions and a guy like Christian Kirksey as well who can help us inside at that linebacker position. I have a lot of confidence in Pet’s ability to have a great game plan and adjust moving forward.”

Linebacker Christian Kirksey, shown running a drill with the Cleveland Browns on May 15, 2019, was signed by the Green Bay Packers in March.

Northwestern wide receiver Trey Pugh (80) misses a pass in the endzone against Minnesota's linebacker Kamal Martin Nov. 17, 2018, in Minneapolis. The Packers drafted Martin in the fifth round in April.