The Big Ten Conference will have new leadership for its men's hockey league after deputy commissioner Brad Traviolia left his position with the conference office.

Sources said Traviolia, who oversaw men's hockey since 2015 as part of his responsibilities with the Big Ten, departed at the end of April.

The Big Ten hasn't announced Traviolia's move, but said in a statement to the State Journal on Tuesday that former Michigan coach Red Berenson was recently named special adviser to the commissioner for hockey operations.

Berenson was among a group of people representing the league at a recent college hockey meeting, according to sources.

"We are absolutely thrilled to welcome Red Berenson to the Big Ten staff in this role," commissioner Kevin Warren said. "His career achievements and contributions to the sport of hockey are truly outstanding and he has a great understanding of what it means to coach and compete in the Big Ten.

"My goal is to dedicate an exceptional level of talent and support to our member institutions and hockey programs, and Coach Berenson is a seasoned veteran with experiences that will positively impact our efforts to grow Big Ten hockey at the national level."

Cole Caufield sets wider goal for second season with Badgers men's hockey team: 'I have a lot more to prove'

Traviolia, the Big Ten's deputy commissioner since 2006, was considered a candidate to succeed outgoing commissioner Jim Delany in a 2019 search. Warren eventually was selected and took over Jan. 1.

A former Northwestern wrestler, Traviolia joined the conference office in 1997 as assistant director of sports management and human resource manager. He was promoted to associate commissioner in 2001 and took on responsibilities as chief operating officer and chief financial officer in 2003, roles he kept as deputy commissioner.

Julie Suderman was named CFO in 2018 but the Big Ten hasn't announced a new COO.

During Traviolia's tenure, the hockey league added Notre Dame as an affiliate member in 2017 and moved away from a neutral-site, single-weekend playoff format that proved unpopular from an attendance standpoint. For the last three seasons, the seven-team league has used a three-weekend playoff setup, with games hosted by the higher seed.

Behind the scenes, some with league teams have hoped for more vocal leadership out of the Big Ten administration on national men's hockey issues.

Berenson, 80, stepped down as Michigan coach in 2017 after 33 seasons leading his alma mater, with two NCAA championships. He was inducted into the U.S. Hockey Hall of Fame in 2018 and named that year's Legend of College Hockey award recipient by the Hobey Baker Memorial Award Foundation.

In Madison for the offseason, Badgers men's hockey captain Wyatt Kalynuk does what comes naturally: golf

The Big Ten said Berenson's role will be to "use his exceptional background at all levels of the game to build a best-in-class student-athlete experience in men's and women's hockey at Big Ten institutions with a holistic and keen focus on health, safety and wellness, while continuing to improve the high academic success already experienced within the sport of hockey."

Another longtime former coach at a Big Ten school apparently is in the group being considered to be commissioner of the new incarnation of the Central Collegiate Hockey Association when it starts in 2021.

The new CCHA members are hoping to name a commissioner in June and start work by the start of July.

"Having a job where you play a game and stop pucks, it's a privilege," Beydoun said. "I'm really lucky to be doing it." 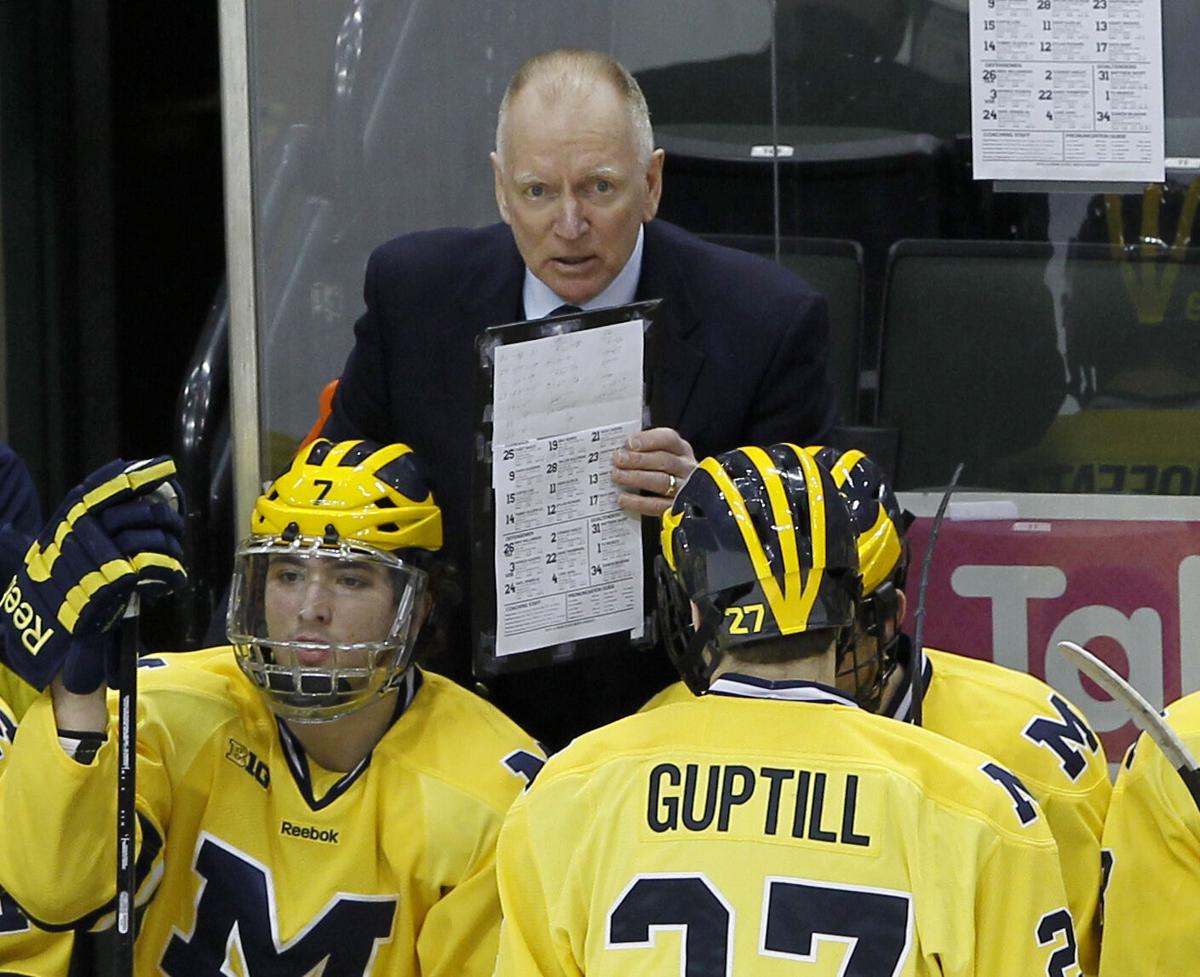 Michigan coach Red Berenson, top, talks with players during the first period of a Big Ten tournament game in 2014. 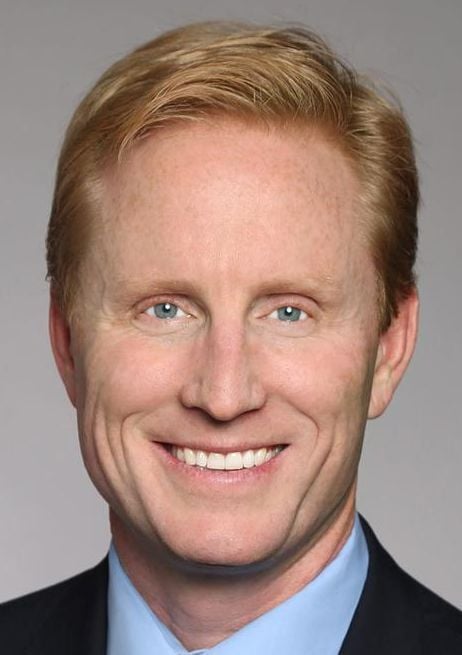