It doesn’t take Luke Kunin much searching through long-term memory to grab a moment to describe what the World Junior Championship means to him.

The 13-year-old version of Kunin raced home from hockey practice to watch the championship game of the 2010 tournament, seeing fellow St. Louis-area native John Ramage lead a 3-on-1 rush that gave the Americans an overtime victory over rival Canada in Saskatchewan.

“I’ve always dreamt about it,” said Kunin, the University of Wisconsin men’s hockey captain who’ll serve in the same capacity for the Americans. “And it’s pretty exciting now.”

Kunin and the U.S. play the first of four preliminary-round games in Toronto on Monday against Latvia. The Americans also play Slovakia, Russia and Canada; the top four teams in each of two groups advance to the quarterfinals.

The 10-team, 11-day tournament features some of the world’s best players in the under-20 age group, and Kunin is the first UW player to appear in it in the past three seasons.

He has followed in Ramage’s footsteps in a few different ways since watching that game in January 2010, first by heading to UW and then by becoming the Badgers’ captain.

Kunin is no stranger to being a captain of an American team. When the U.S. won the Under-18 World Championship in 2015, it was Kunin to whom the trophy was presented.

He had six goals in seven games in that tournament, adding scoring punch to a U.S. team that featured current NHL players Auston Matthews and Matthew Tkachuk.

The weight of that experience, with scouts watching and the added element of playing for his country, made Kunin stand out, Badgers associate head coach Don Granato said.

“He’s one of those rare guys that as the pressure mounts, he gets better,” said Granato, who coached Kunin and the Under-18 team that year.

The majority of that team was part of the 27-player preliminary roster for this season’s World Junior team that will be cut to 23 by next week. The U.S. plays pre-tournament games against Switzerland today and the Czech Republic on Friday.

Kunin set a high bar in an interview broadcast on NHL Network this week, saying anything less than a gold medal for the U.S. “is not going to sit well.”

Speaking to reporters in Madison last week before he left for the USA Hockey training camp in Buffalo, New York, he said the Americans had the look of a team that could put up a lot of goals.

“It’s going to be a real fast, high-energy, high-paced team with a lot of skill,” he said. “That’s how I like to play and I’m looking forward to that.”

Kunin, a first-round draft pick of the NHL’s Minnesota Wild last June, ended the first half of the Badgers’ season on an offensive upswing. He had three two-point games in his last five, including two-goal games against Omaha and Michigan.

“I’m feeling real good right now,” he said. “I just hope it keeps going as the season goes on. I definitely feel like I’m getting more complete.”

Nine Badgers players have returned from the World Juniors with a gold medal since 2004, seven of them for the U.S. and two for Canada.

Kunin wants to put himself in the next set of memories for young players watching on TV.

“It’ll be fun to play against the best and showcase myself and play for the U.S. again. That’s always special,” he said. “I’m really looking forward to putting that jersey on again.”

Where: Toronto and Montreal

Close but not enough was the theme for the Badgers during a series in which they never led.

Milewski on hockey: Wisconsin finds no margin for error against top-10 foes

The Badgers women's hockey team has played three series against ranked opponents and all have ended with an overtime game.

Momentum disappears in a flash as No. 1 Wisconsin's unbeaten streak ends against Minnesota

The Badgers lost for the first time this season and had a 22-game unbeaten streak that dated to last season extinguished.

Dylan Silverstein made 42 saves for his second shutout against a Big Ten team this season for the U.S. Under-18 Team.

No end to offensive struggles as Wisconsin gets blanked again in exhibition loss to U.S. Under-18 Team

5 things to know about Wisconsin women's hockey games against No. 5 Minnesota

The top-ranked Badgers return from a bye week for a series against the Gophers on Friday and Saturday, and they know they need to be sharp at the start.

The Badgers women's hockey team lost and tied against Minnesota but didn't slip from the top spot in the USCHO poll.

The Wisconsin men's hockey coach and former player officially will be honored for being part of the 2020 U.S. Hockey Hall of Fame class Thursday in Denver.

Wisconsin women's hockey senior Brette Pettet says she enjoys being a role model for kids who wonder — like she did at age 15 — whether diabetes will stop them from doing what they love.

Stramel, who signed with the Badgers for next season, is disappointed rehab from surgery will keep him out of Thursday's U.S. Under-18 Team game against UW. 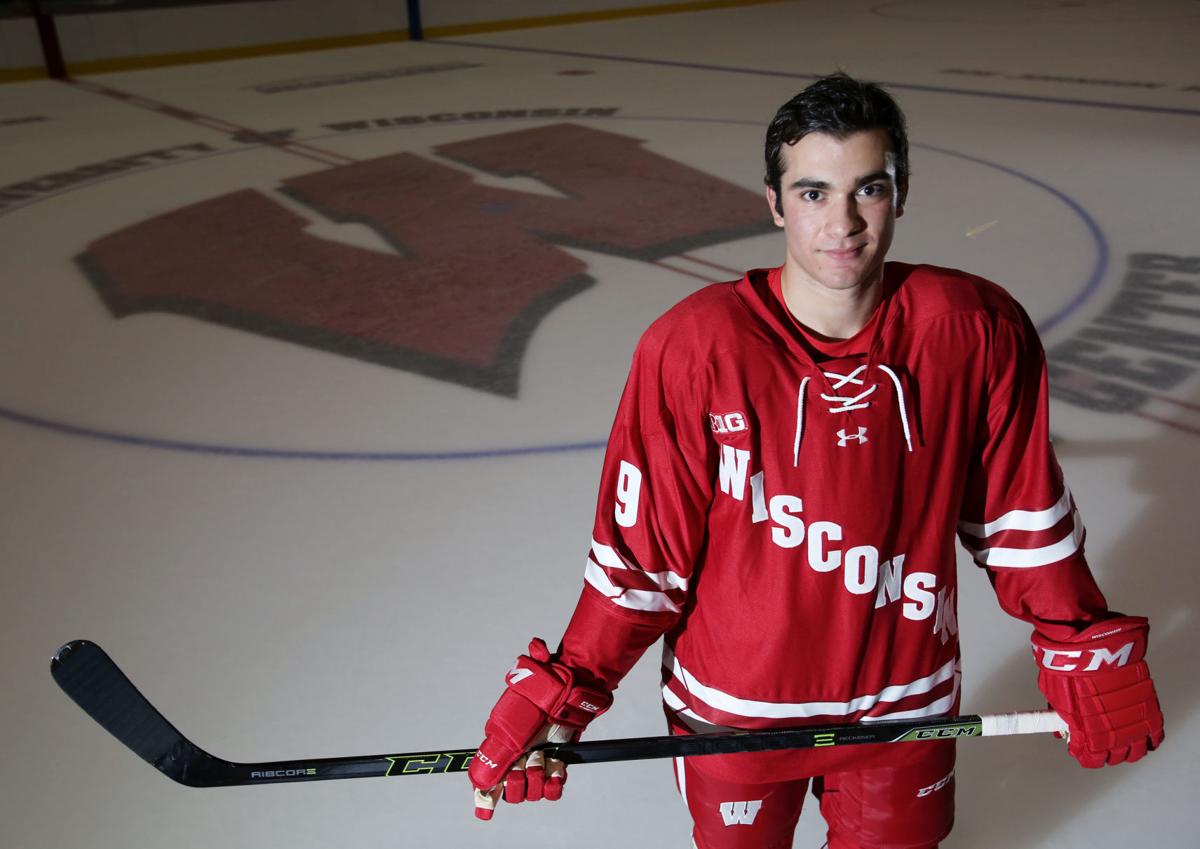 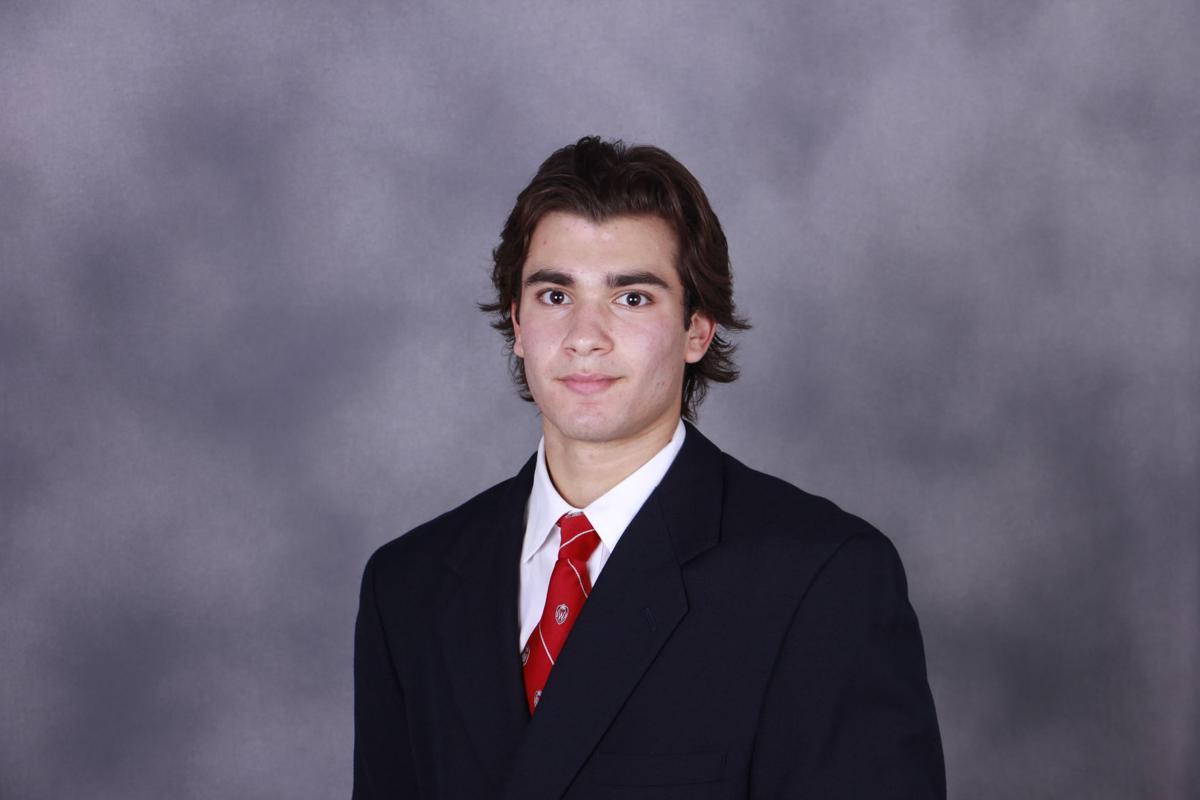