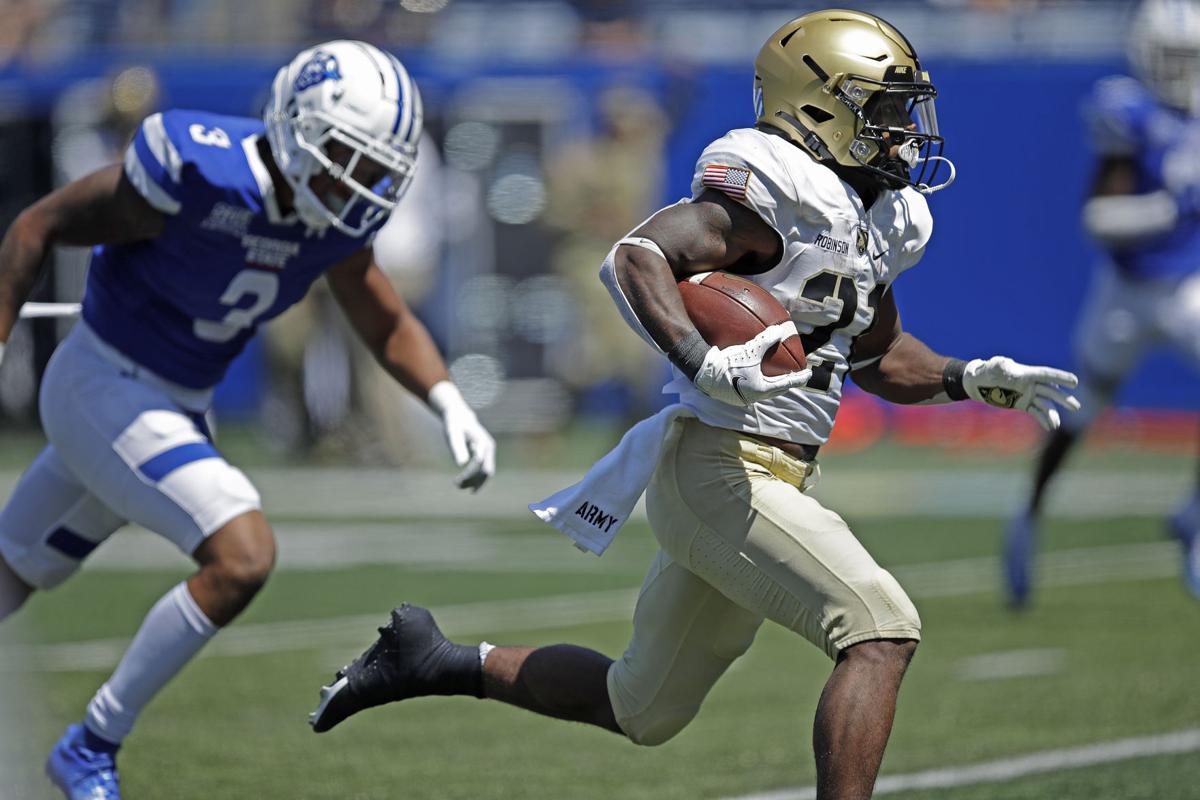 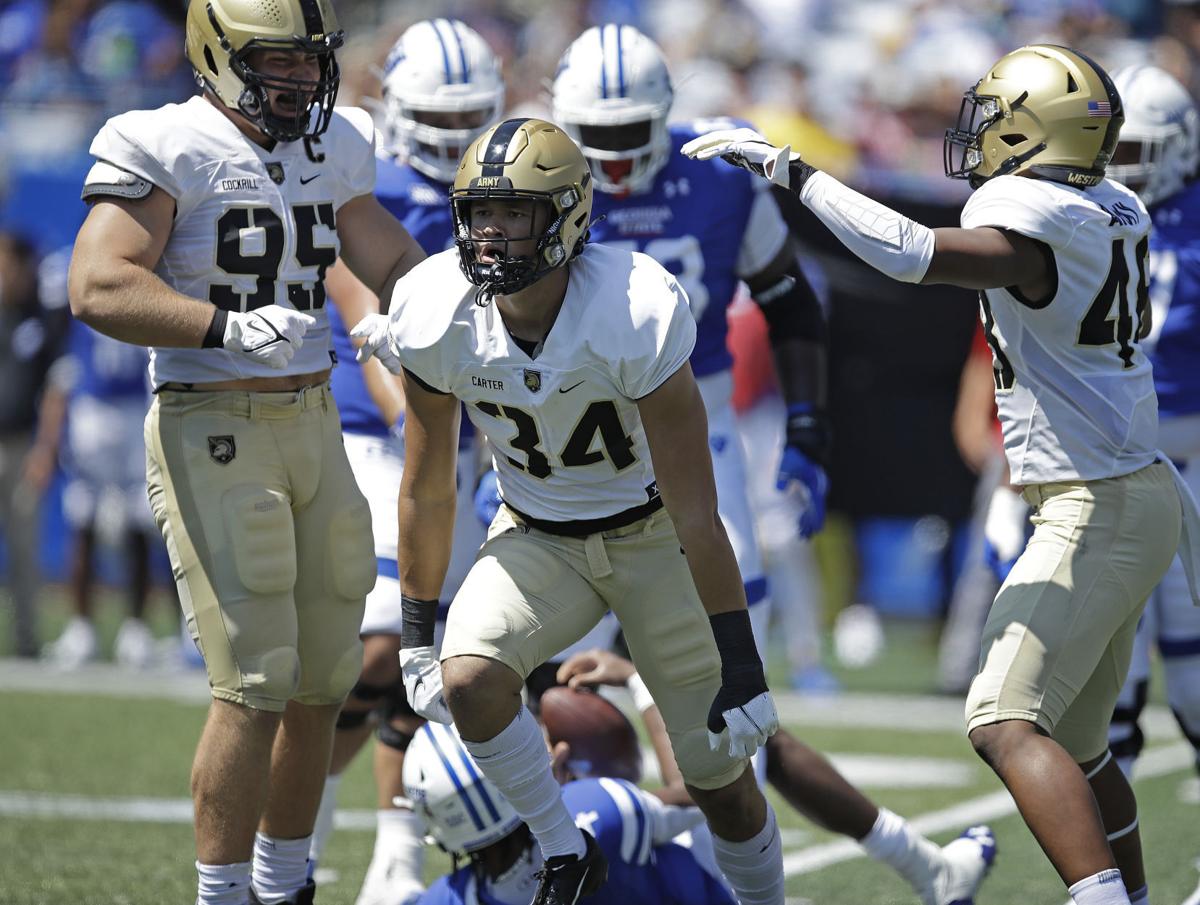 Army is making the trip to Camp Randall Stadium on Saturday night for the program’s first-ever meeting with the University of Wisconsin football team. The Badgers are 14-point favorites against the Black Knights, who were undefeated before losing to Ball State last week.

Should the Black Knights (4-1) defeat UW (2-3), it will mark their first win against a Big Ten Conference team in 10 years.

This is Army’s only game against a first-time opponent this season, but it was 4-0 last season against teams it never before had played.

Saturday’s game will be the Badgers’ fourth time playing a service academy and their first since defeating Air Force 38-0 in 1979. UW is 2-1 all-time against service academies with a 1-0 mark vs. Air Force and 1-1 record against Navy.

In 2020, the Black Knights had the best total defense in the FBS. They currently rank ninth, while UW ranks second.

Army has recorded an interception in all but one game this season. It also has limited opponents to 250 yards or less on three occasions — 177 at Georgia State, 225 vs. UConn and 232 vs. Miami (Ohio).

Outside linebacker Andre Carter is the nation’s leader in sacks with 7.5. He had a single-game high with three against Georgia State.

Army ranks second in the FBS in rushing with 318.2 yards per game, behind only Air Force. UW has the No. 1 rushing defense at 41.4 yards allowed per game. Army’s philosophy is to run the ball regardless of the situation, which it often does even in long-yardage situations.

How the Badgers will rely on offseason prep, eye discipline and knee braces to slow Army's option

Likely to be fast-paced

Both teams love to run the ball. UW ranks 30th in rushing offense with 208.8 yards per game. The Badgers had 391 yards rushing in last week’s victory against Illinois, but only 100 passing yards. Graham Mertz also has thrown more interceptions (seven) than touchdowns (two) this season, so he may be more likely to pass the ball.

Four Black Knights players have rushed for more than 150 yards this season — quarterback Christian Anderson with 431, running back Tyrell Robinson (237), running back Jakobi Buchanan (187) and running back Anthony Adkins (185).

What will be interesting to see is how UW’s rushing defense, ranked No. 1 in the country, fares against Army’s No. 2 rushing offense.

Army has given up two kickoff returns for touchdowns in its past three games, one in a 52-21 win against UConn and another in a 28-16 loss to Ball State.

The Black Knights also are limited in the kicking game. They use two kickers who are 4-for-4 on field goals, but neither has hit from longer than 31 yards. Cole Talley’s career long is 41 yards and Quinn Maretzki‘s is 40 yards.

Badgers in the NFL: Check out top performances by former Wisconsin players in Week 5

Linebacker T.J. Edwards made a special teams play with his team trailing with 4 minutes remaining that swung the game in the Philadelphia Eagles’ favor. Edwards snaked his way through the Panthers’ punt team and blocked a punt and teammate Shaun Bradley recovered it at Carolina’s 27-yard line to set up the winning touchdown drive.

Edwards covered 34.6 yards on the play, according to the NFL's next-gen stats. He also had five tackles on the day, giving him 23 this season.

Former UW wideout Alex Ericson primarily has played on special teams since being elevated to Carolina’s active roster last month, and he had a couple big returns to help the Panthers in their loss against Philadelphia.

His team lost a heartbreaker in overtime, but former UW tailback Jonathan Taylor played a major role in the Indianapolis Colts’ ability to build a lead in regulation.

Andrew Van Ginkel has had somewhat of a slow start to his season, much like the rest of the Miami Dolphins, but he turned in a good showing during the team’s blowout loss to the world-champion Tampa Bay Buccaneers.

Van Ginkel had three tackles, including one for loss, which pushed him to 21 total tackles this season.

J.J. Watt isn’t the most feared player in his team’s front seven for the first time in his career. But the combination of Watt and edge rusher Chandler Jones has paid dividends for the Arizona Cardinals (4-1).

Watt had three tackles, two of which were for loss, a pass defended and recorded three quarterback hits in a defensive struggle against San Francisco. Watt hasn’t yet tallied a sack this season, but he has been active in the opponents’ backfield with four tackles for loss and six QB hits.

Analysis: The Badgers found an identity on offense. It's just ugly and not what many were hoping

Wisconsin's offense hasn't lived up to preseason hype, but it can do enough to help the team win the second half of the season.

Noah Burks proposed to his girlfriend of six years, Western Kentucky soccer standout Chandler Backes, in front of family and friends after the Badgers' win over Army.

Chandler leaves the UW football program after recording two catches for 28 yards, 10 kick returns for 241 yards and one rushing attempt for 18 yards in 10 career games.

4 observations after rewatching the Badgers' win against Army

A play the Wisconsin football team should ditch, a look at the unique lineups the defense used and more observations from UW's win over the Black Knights.

Whether you are heading down to Camp Randall or watching from the comfort of your couch, the State Journal has Badgers fans covered with a complete breakdown of everything they need to know as Wisconsin takes on Army on Saturday night in Madison.

The freshman from Fond du Lac had a lot to learn about being a collegiate running back when he arrived at UW, but he was physically prepared to do so. Here’s just how he accomplished that.

The UW football team won for the second week in a row as Graham Mertz and the Badgers escaped with a 20-14 victory over the Army Black Knights in a battle under the Camp Randall lights.

It’s simple: Win out and Wisconsin will be back in the Big Ten title game for the fourth time in coach Paul Chryst’s seven seasons. Simple, but not easy.

Wisconsin coach Paul Chryst did not offer details on Jalen Berger's dismissal, but multiple sources said Berger missed meetings and workouts before being removed from the team.

Jim Polzin: How a players-only meeting helped members of the Badgers' offense trust each other

Senior left tackle Tyler Beach and his teammates gathered on Oct. 3, the day after a 21-point home loss to Michigan. "You could tell there was a lack of confidence sometimes in the huddle," Beach said. Here's how the meeting changed that.