MADISON — Wisconsin assistant coach Joe Krabbenhoft had an “aggressive” conversation with Brevin Pritzl on Saturday to get the senior guard fired up for Sunday’s game against in-state rival Marquette.

Pritzl had 15 points and 13 rebounds off the bench, and each of Wisconsin’s five starters scored in double figures as the Badgers defeated the Golden Eagles 77-61.

“He just got after me at practice a little bit and I kind of just carried on that energy going into the game,” Pritzl said of Krabbenhoft.

Brad Davison also had 15 points for Wisconsin (3-1), which won its 12th straight non-conference home game and 300th game at the Kohl Center, which opened in January 1998.

Marquette’s all-time leading scorer, Markus Howard, entered the day averaging 28 points per game. The senior guard was held to 18 points on 6-of-21 shooting.

“Honestly, it was a team effort,” said D’Mitrik Trice on containing Howard. “We know he’s a great, great scorer. He’s one of the best in college basketball so we knew it was going to take all of us talking and locking in on defense. We knew that was going to lead to offense.”

Howard scored 16 of his 18 points in the first half for the Golden Eagles (2-1), which suffered its first loss of the season. Koby McEwen scored a game-high 19 points for Marquette, which was seeking back-to-back wins against Big Ten opponents following its come-from-behind victory over Purdue on Wednesday.

“Obviously, we’re disappointed,” Marquette coach Steve Wojciechowski said. “We’re a work-in-progress. We have a lot of work to do and that’s obvious — I think now — to everyone after this afternoon.”

Wisconsin outscored the Golden Eagles 24-10 in the paint. Marquette also committed 15 turnovers, most of which were unforced.

Wisconsin held a 34-29 lead at halftime with 11 of its points coming off Marquette’s nine first-half turnovers. Wisconsin came out firing in the second half, hitting eight of their 11 3-pointers in the period to pull away.

“They’re a better shooting team (this season),” Wojciechowski said. “They can shoot from all five positions. With (Nate) Reuvers at the center, that puts you in a very difficult position, because you have — from Trice to Reuvers — all guys who can make 3s so they really space you out.”

The rivalry between the two programs, which dates to 1917, stays in the hands of the Badgers. Wisconsin’s 16-point win marked its largest over the Golden Eagles since Dec. 23, 1998. Of the 216 all-time meetings, Wisconsin now holds a 68-58 all-time advantage.

“It’s great for the game of basketball in the state,” Badgers coach Greg Gard said of the rivalry. “We have another one coming up on Thursday with Green Bay, while Milwaukee in later December. It really helps perpetuate the game and puts a spotlight on the game in our state. ... All the eyes nationally were on here at the Kohl Center.”

A touch of class from Wojo

After taking questions about a 77-61 loss to the University of Wisconsin men’s basketball team on Sunday afternoon, Marquette coach Steve Wojciechowski took a few moments to say some kind words about Badgers coach Greg Gard.

Wojciechowski made a point of complimenting Gard and UW for how it’s handled the offseason tragedy that left Badgers assistant coach Howard Moore on medical leave and claimed the lives of two of his family members.

It was a classy gesture on Wojciechowski’s part after the 126th chapter of the UW-Marquette rivalry didn’t go the way he hoped.

“I’d just like to say something,” Wojciechowski said. “I have incredible respect for Greg Gard and how he’s handled this program with the tragedy that the Wisconsin men’s basketball community and the Wisconsin community has had to go through.”

The Moore family was involved in an automobile accident in late May while traveling to Michigan. Moore’s wife Jen and 9-year-old daughter Jaidyn died as the result of the crash, as did the driver of the wrong-way vehicle that collided with the Moore family’s SUV.

Howard Moore sustained severe burns in the crash and, a month later after returning home, had a heart attack. He’s been placed in a long-term care facility, according to a statement released by his family in August.

“You couldn’t even imagine what that would be like,” Wojciechowski said. “I tried when I heard of the news to put myself in his shoes, and what he’s done with his kids is incredible. Because for 18- to 22-year-olds, let alone a grown up, to handle the tragedy that they’ve gone through is absolutely incredible and I just tip my cap to Greg and his program.”

The red has been retired. 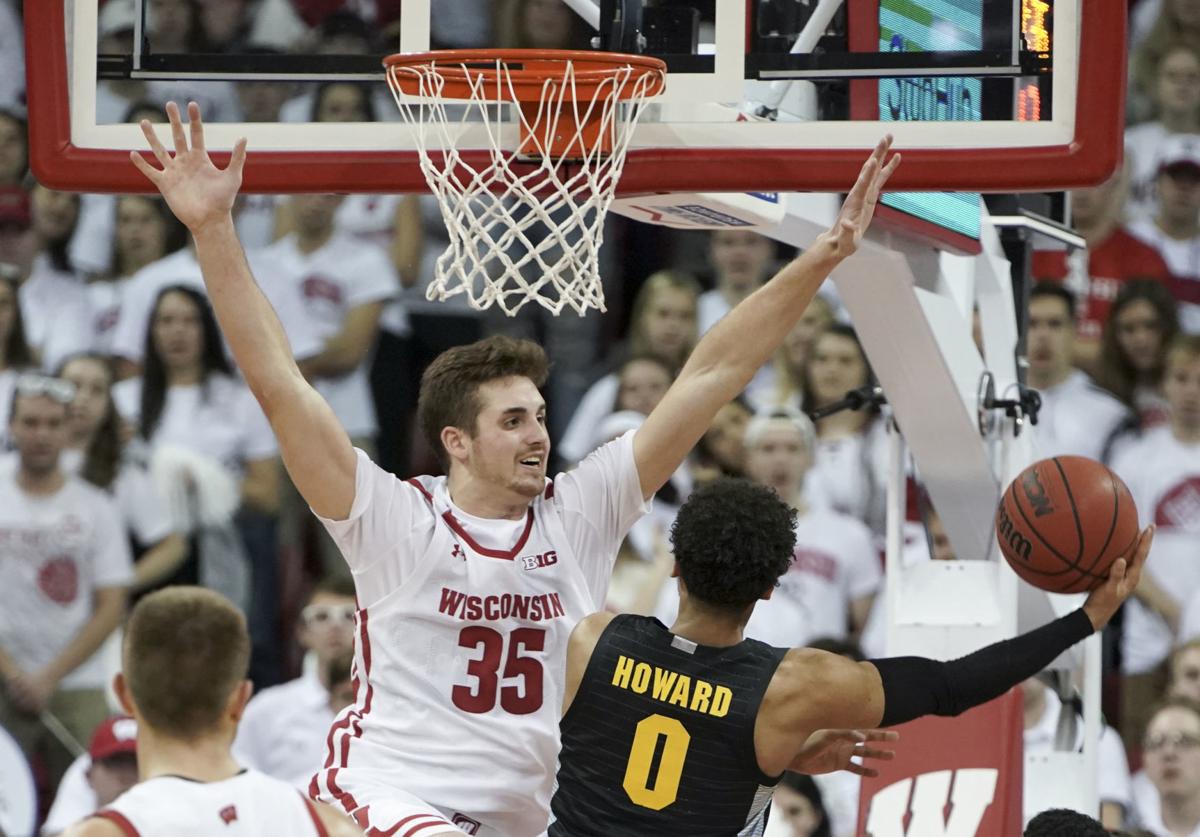 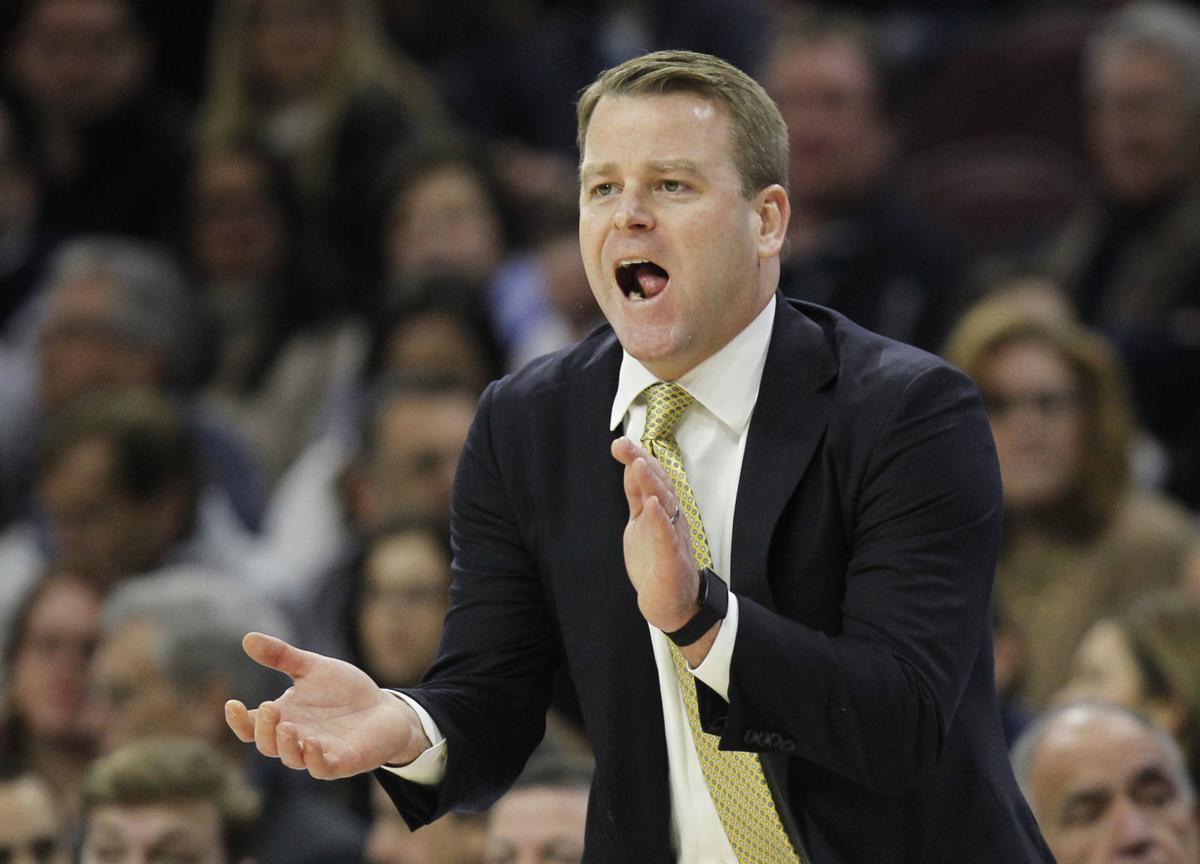 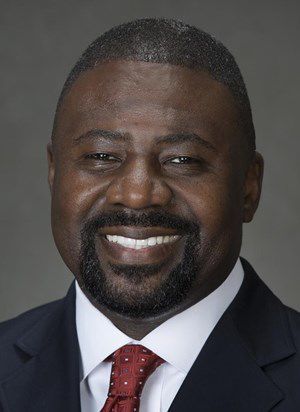