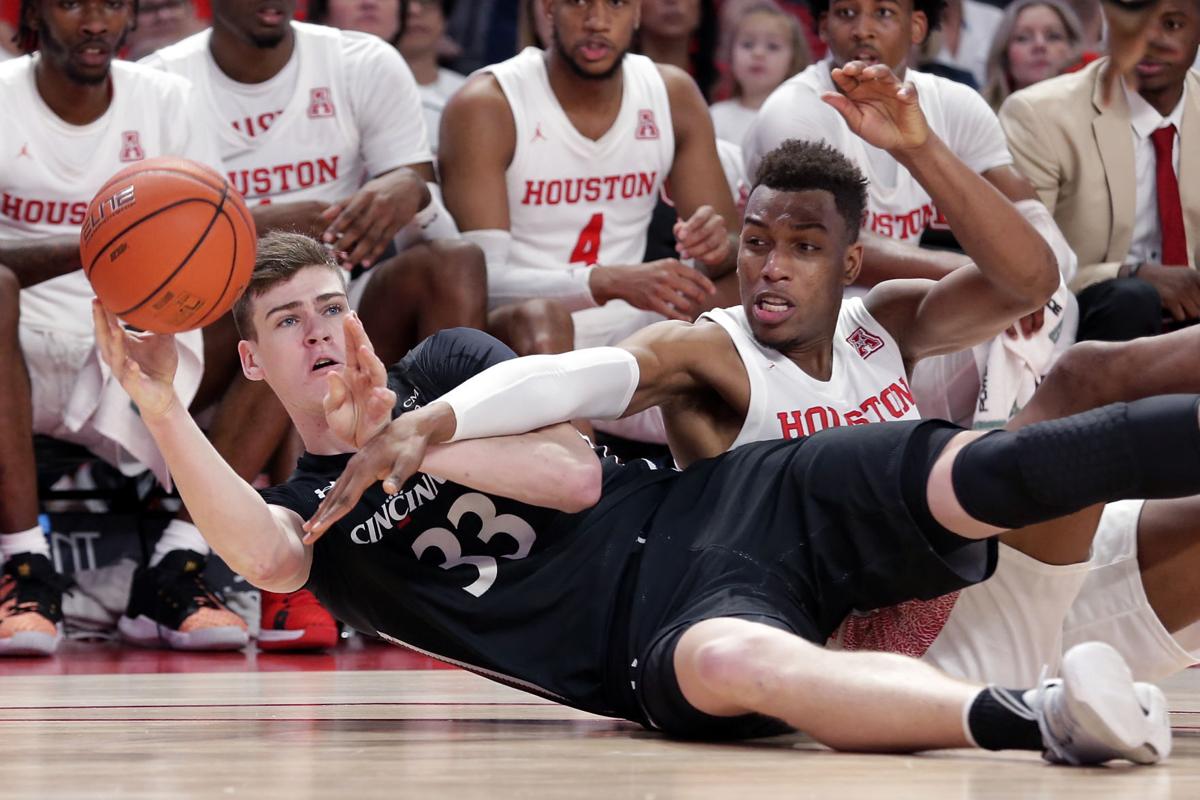 Cincinnati center Chris Vogt (33) passes after winning a loose ball against Houston forward Fabian White Jr. during a March game in Houston. Vogt announced Saturday he was transferring to Wisconsin. 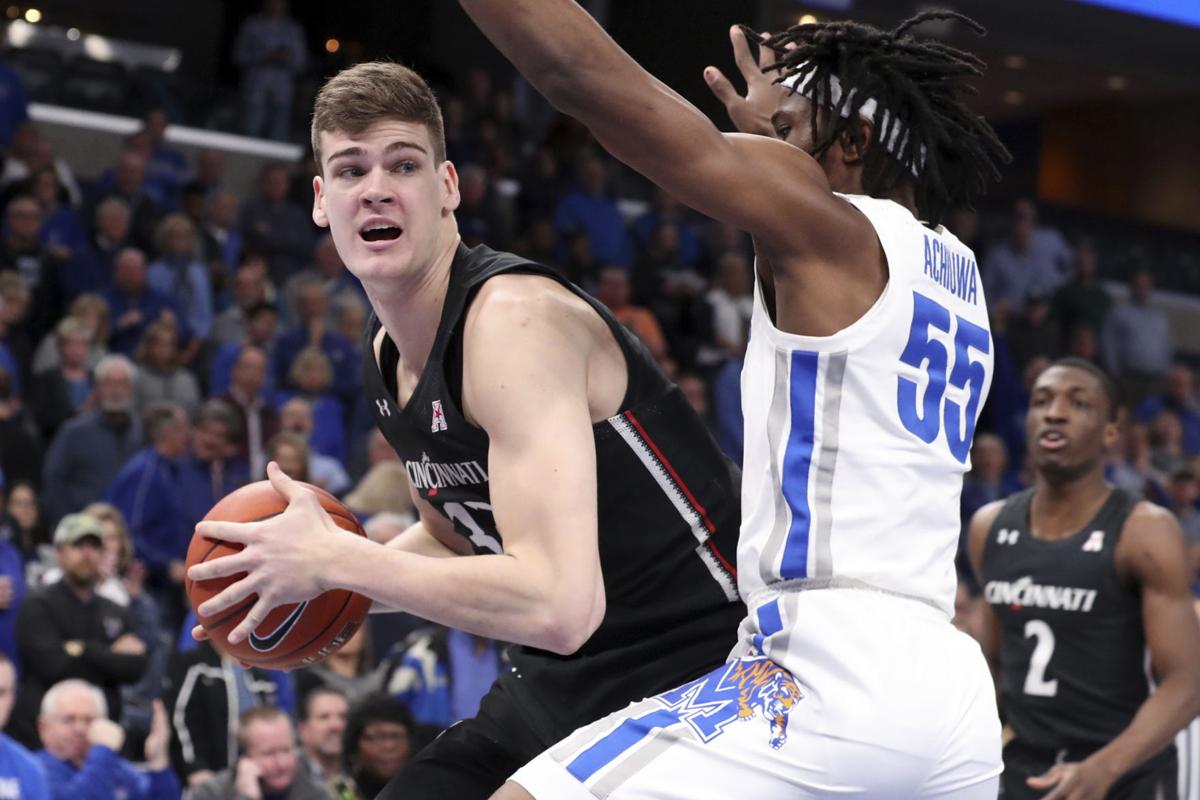 University of Wisconsin men’s basketball coach Greg Gard filled another need for his program on Saturday.

Transfer center Chris Vogt announced he was joining the Badgers, filling a spot that had been depleted after the departures of big men Nate Reuvers, Micah Potter and Joe Hedstrom this offseason. Reuvers and Potter turned pro and Hedstrom transferred to Valparaiso.

The 7-foot-1, 260-pounder posted on his Twitter that he had shoulder surgery this offseason.

In his junior year with the Bearcats, he averaged 11.0 points, 5.9 rebounds and 1.6 blocks per game, but his minutes and averages dropped this past winter. He scored 5.0 points and pulled down 3.5 rebounds per game for the Bearcats.

Get to know the Wisconsin Badgers' 2021 men's basketball recruits

A season etched in tweets: Badgers fans have seen a lot — and we captured their reactions on Twitter

With the University of Wisconsin men's basketball team returning four starters and two other key seniors for the 2020-21 campaign, the expecta…

Cincinnati center Chris Vogt (33) passes after winning a loose ball against Houston forward Fabian White Jr. during a March game in Houston. Vogt announced Saturday he was transferring to Wisconsin.