Become a Member
Read Today's E-edition
Share This
3 things that stood out from the Wisconsin men’s basketball team’s win over No. 12 Houston
0 Comments
Share this 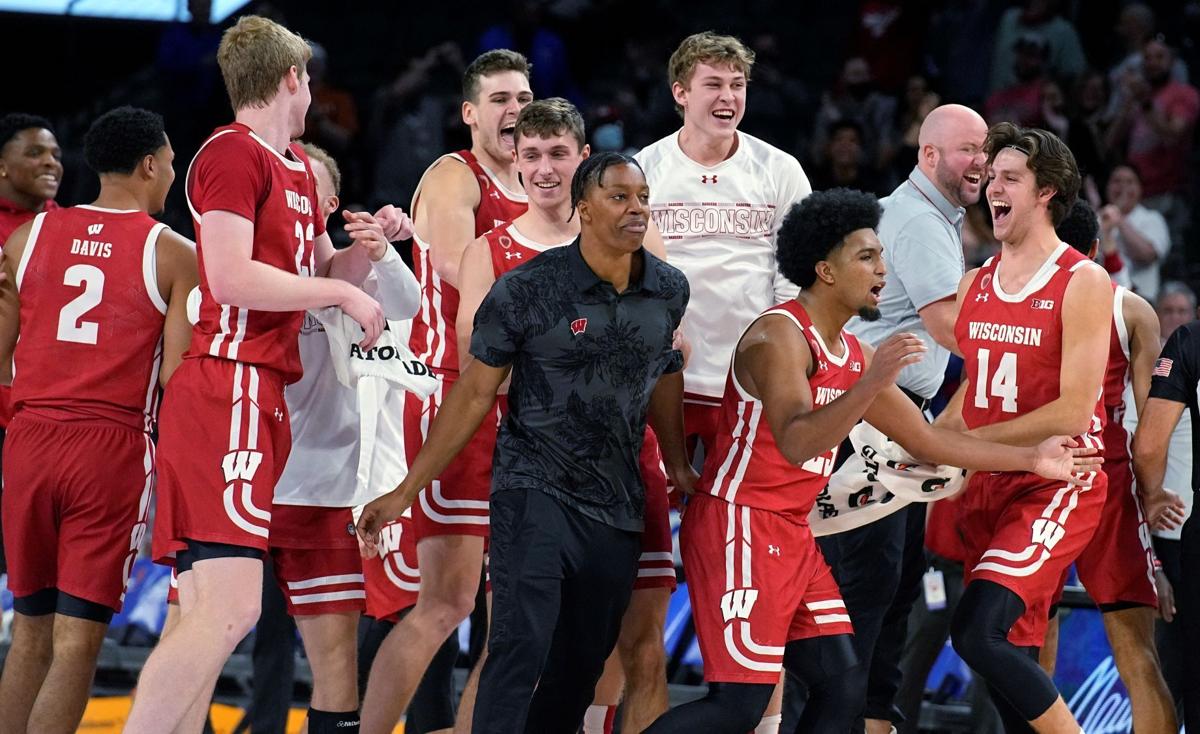 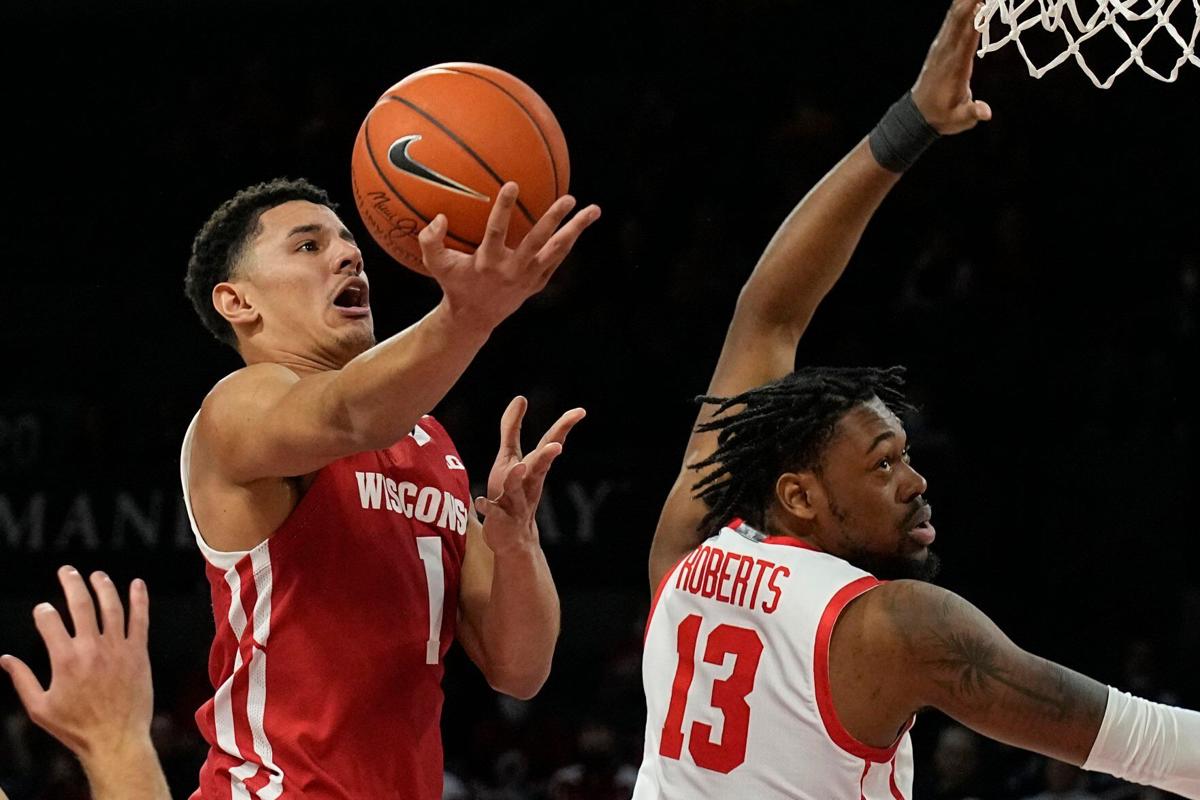 Guard Johnny Davis shoots during the first half. He scored a game-high 30 points, the lone UW player to reach double figures. 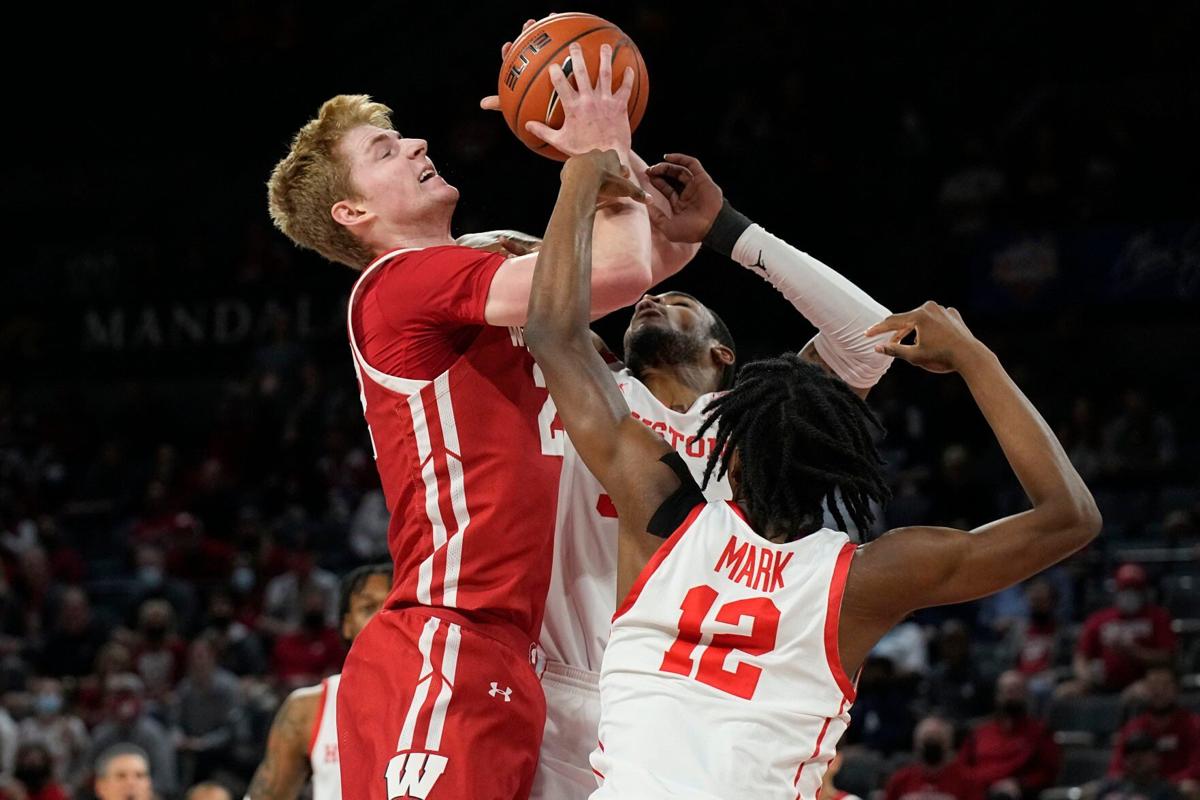 UW's Steven Crowl draws a foul from Houston guard Tramon Mark in the first half.

LAS VEGAS — The University of Wisconsin men’s basketball team upset No. 12 Houston on Tuesday to advance to the Maui Invitational championship game.

Houston went on a 10-0 run at the beginning of the second half. Cougars coach Kelvin Sampson called it a tale of two halves as the Badgers outscored the Cougars 40-20 in the first half but Houston outscored UW 43-25 in the second half.

“I’m quite a little bit surprised at how we played the first half, non-competitive,” Sampson said. “Not a lot of motion on defense. [Wisconsin] was making tough shots. When you’re uncomfortable, when they’re allowed to be comfortable, you get in a groove.”

Houston continued to chip away at UW’s lead, getting as close as two points with 40 seconds left. The Cougars had the last possession of the game and Kyler Edwards was wide open under the basket, but the buzzer went off before he caught a pass.

Johnny Davis and Tyler Wahl combined for 21 points in the second half to keep the Badgers ahead.

Davis led the Badgers with a career-high 30 points on 10-for-18 shooting. Wahl had nine points and a team-high seven rebounds.

Badgers fans on Twitter love (most of) what they see in Wisconsin's upset over No. 12 Houston

UW coach Greg Gard said he was proud of how his players fought to stay in it, but ultimately they’re going to learn more from a win like this than if they continued to have a huge lead.

“We knew in the second half they were going to come out and be physical and be aggressive and we talked about that at halftime,” Gard said. “I’m kind of happy this did happen like this so we can learn how to finish a game. I’ll be better down the stretch.”

Here are three things that stood out:

A dominant first half

The Badgers’ surge at the end of the first half against Texas A&M on Monday was the best they had played all season. They opened Tuesday’s game with an even more impressive performance, coming out with a 13-0 run, and didn’t let up before the break.

The Badgers held the Cougars scoreless for more than four minutes to start the game. Houston’s leading scorer, Marcus Sasser, didn’t score until 6:11 left in the half. UW held Houston to 25.9% shooting and 20% from beyond the arc in the half.

The first half was UW’s best offensive performance this season. The Badgers shot 16-for-28 from the field and 7- for-15 from 3-point range. Davis finished the half with 18 points — three away from tying his previous career high of 21.

Houston was trying to speed up the game to attack the UW defense before it could get settled. The Badgers did a good job of getting back quickly, forcing seven turnovers while limiting their own turnovers to three.

Wahl was fighting for rebounds, finishing the half with four to tie Brad Davison for the team lead, and was in the mix on almost every jump-ball call.

The Badgers went into the locker room up by 20 points after dominating both ends of the court.

“We started out slowly yesterday,” Wahl said. “That’s something that we didn’t want to do today. We came ready to play and this is what happened.” 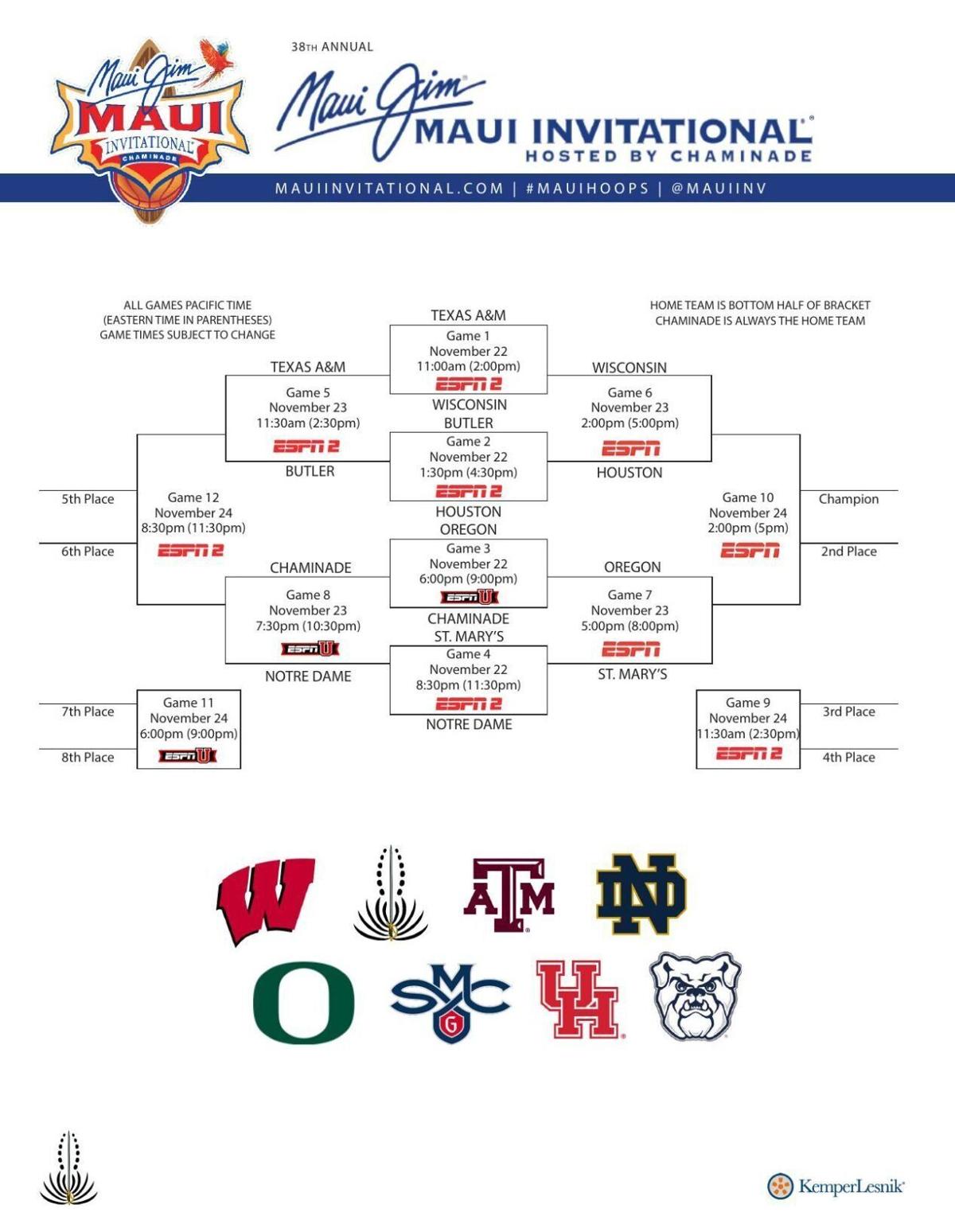 Davis showed his versatility by hitting shots from different spots, including a dunk over Houston’s Reggie Chaney, a 6-foot-8 senior. Davis also went 4-for-7 from 3-point range.

The Badgers only scored 25 points in the second half, but Wahl showed he isn’t afraid to body the bigger guys on the court. He attacked the hoop while defended by Chaney to score at least six of his nine points.

Sophomore Steven Crowl also had a strong game, finishing with eight points despite getting into foul trouble.

Davis said a lot of the offensive success had to do with how UW isn’t afraid to make an extra pass. The Badgers finished with 11 assists.

“I would say we did a really good job of sharing the ball,” Davis said. “[Houston was] doubling the post and doubling ball screens. Chucky and Steven, they were doing a good job of throwing the ball out of the traps.”

Crowl and Vogt both had two by the end of the first half and picked up their third fouls early in the second half. Davison drew his fourth with 5:41 left in the game, and Crowl earned his fourth with 1:35 remaining.

UW had to play a smaller lineup with Vogt and Crowl sitting. The Badgers also had to limit Davison’s usage and leaned on bench players Lorne Bowman, Carter Gilmore, Ben Carlson and Jordan Davis to fill some holes.

“I thought we had good minutes from Ben Carlson,” Gard said. “He did kind of steady the boat. I thought that was good for him to go and get some experience and growth. Carter Gilmore did some good things. Just be solid, that’s all we ask.”

The University of Wisconsin men’s basketball team must replace seven players from last season. Here’s a breakdown of the Badgers' options at e…

Guard Johnny Davis shoots during the first half. He scored a game-high 30 points, the lone UW player to reach double figures.

UW's Steven Crowl draws a foul from Houston guard Tramon Mark in the first half.