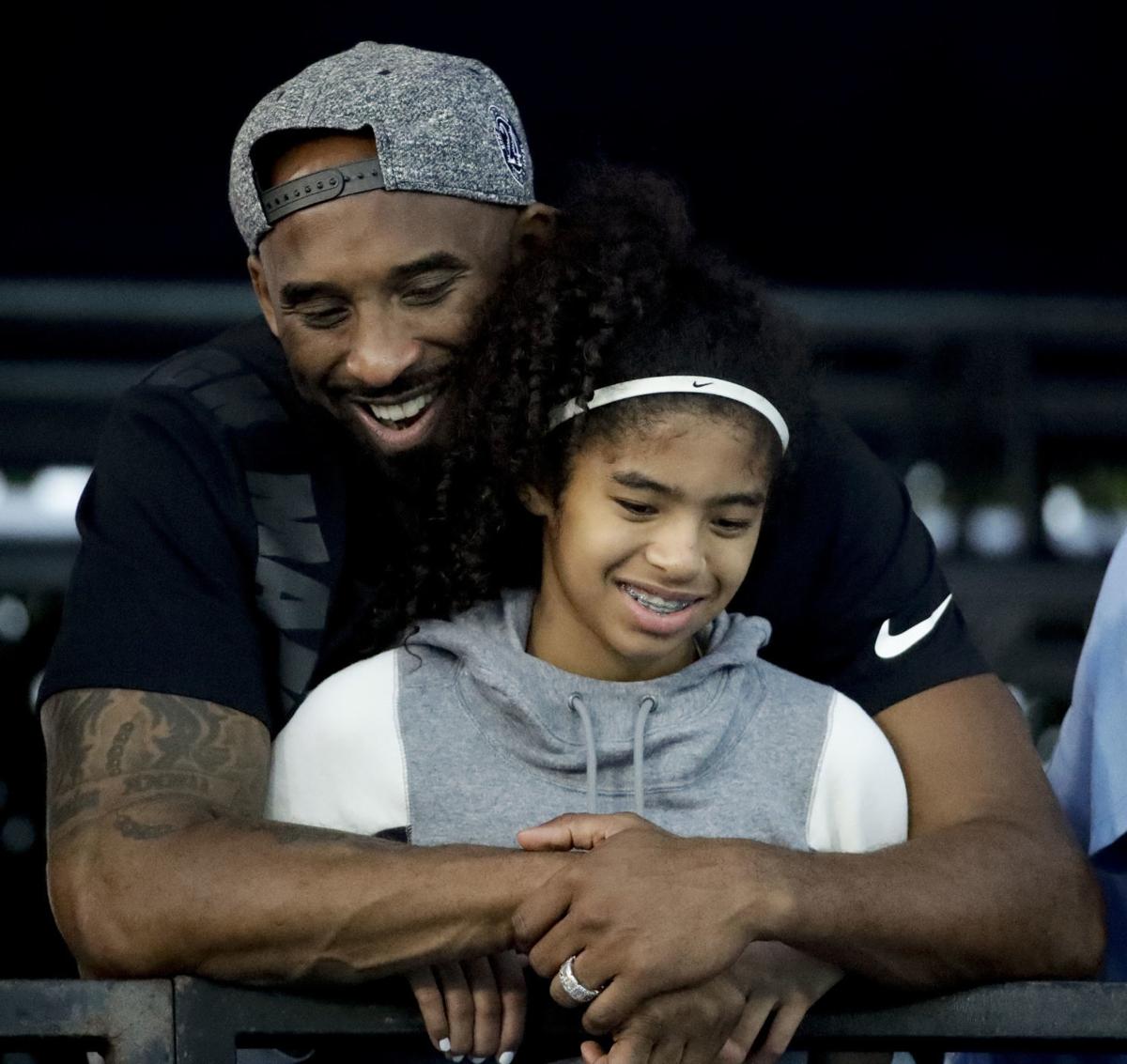 FILE - In this July 26, 2018 file photo former Los Angeles Laker Kobe Bryant and his daughter Gianna watch during the U.S. national championships swimming meet in Irvine, Calif. Bryant, the 18-time NBA All-Star who won five championships and became one of the greatest basketball players of his generation during a 20-year career with the Los Angeles Lakers, died in a helicopter crash Sunday, Jan. 26, 2020. Gianna also died in the crash. She was 13. (AP Photo/Chris Carlson) 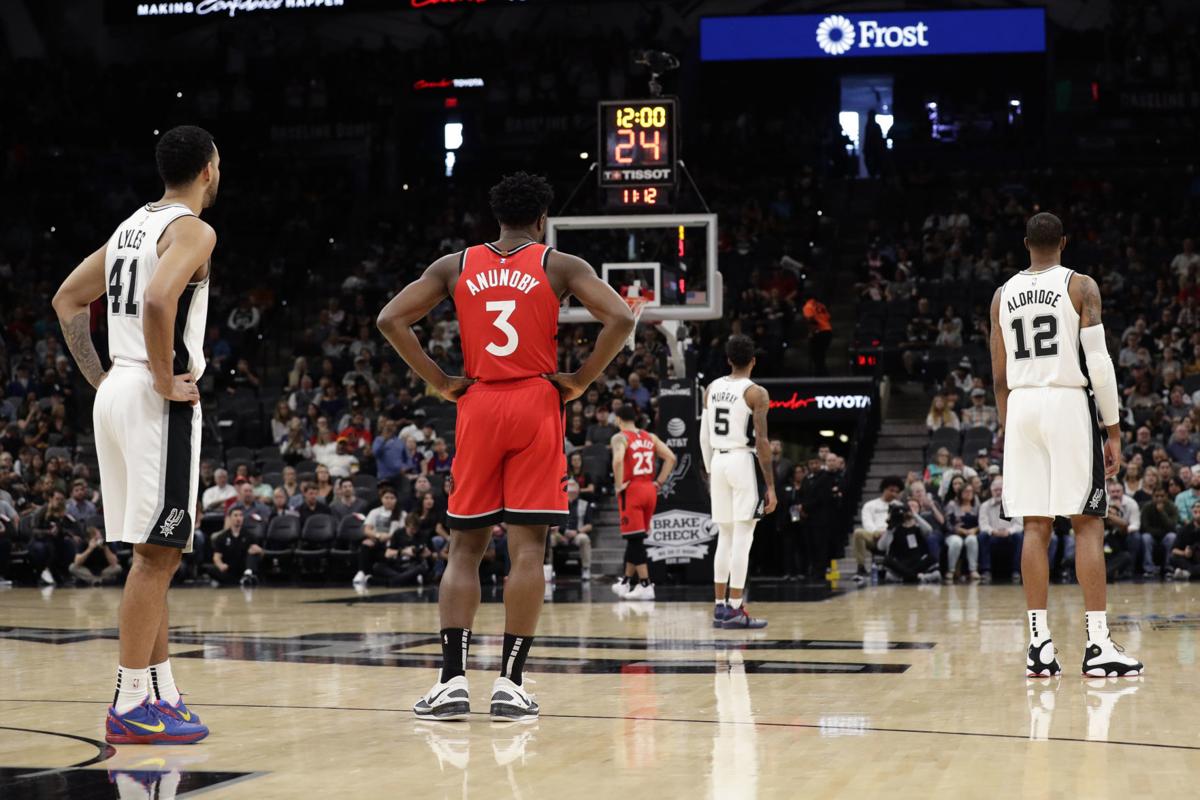 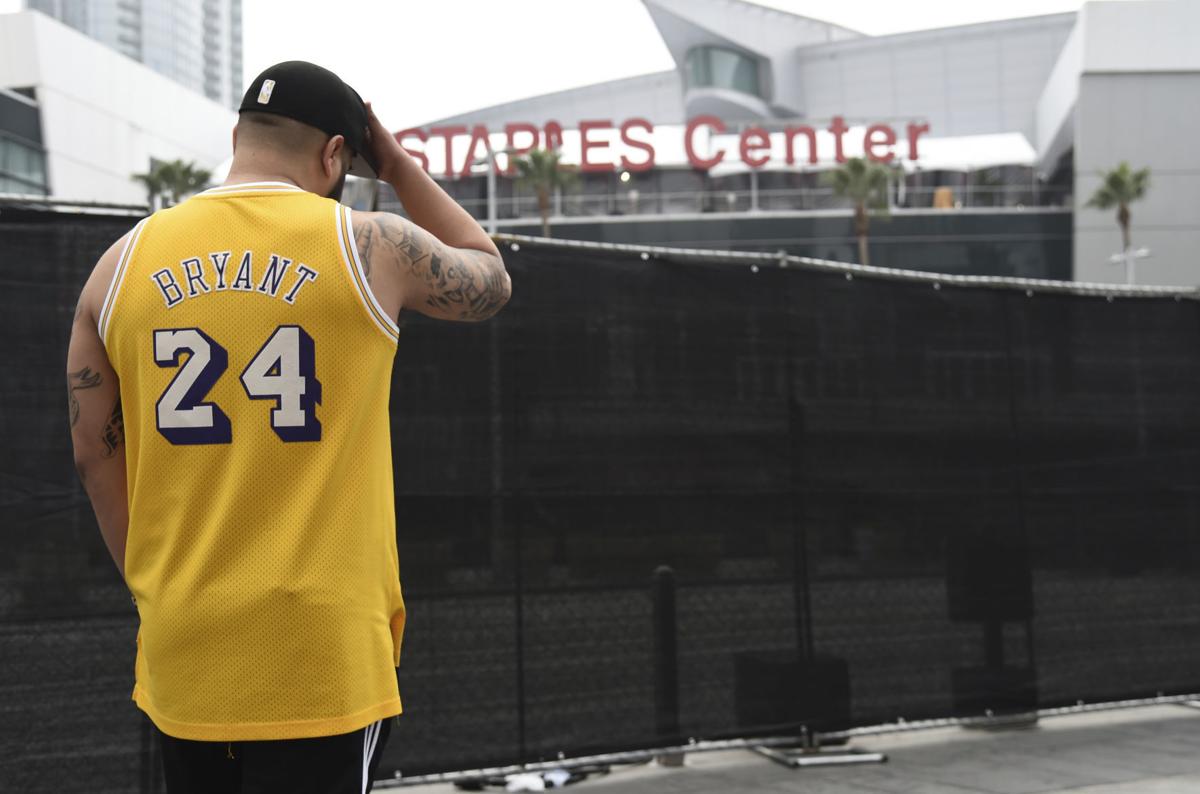 Gennesys Cabral, of Los Angeles, wears a Kobe Bryant jersey outside of the Staples Center at the 62nd annual Grammy Awards on Sunday, Jan. 26, 2020, in Los Angeles. Bryant died Sunday in a helicopter crash near Calabasas, Calif. He was 41. (AP Photo/Chris Pizzello) 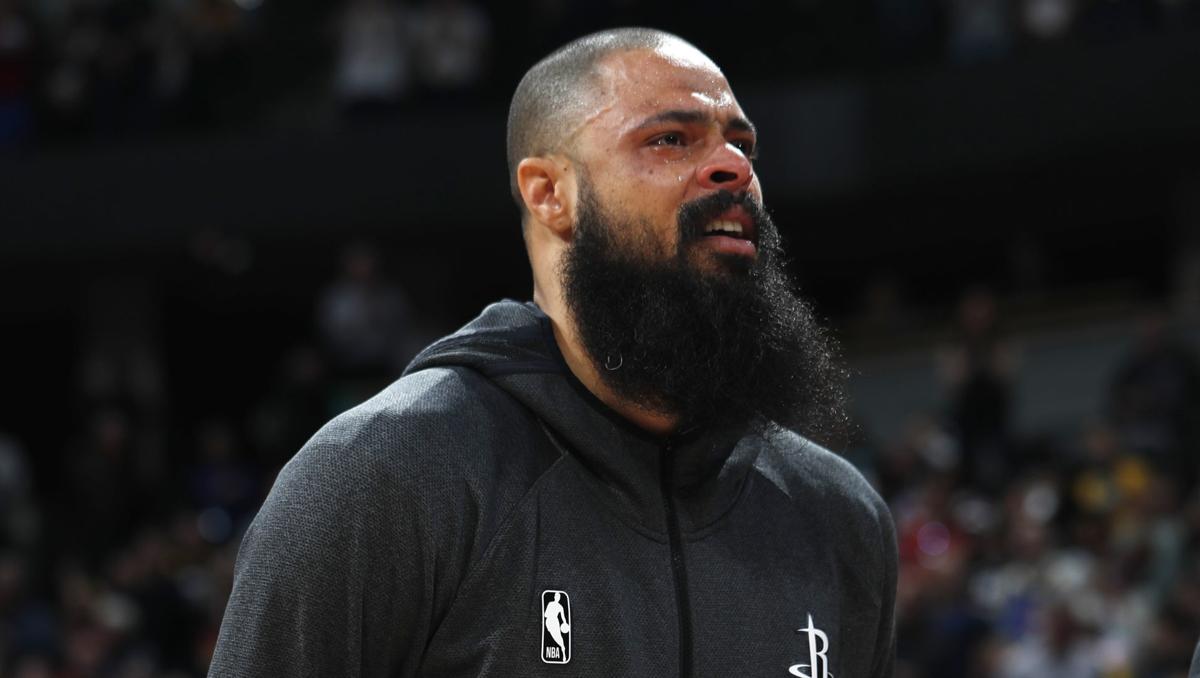 CALABASAS, Calif. — NBA legend Kobe Bryant, his 13-year-old daughter and three others were killed in a helicopter crash in Southern California on Sunday, his sudden death at age 41 touching off an outpouring of grief for a star whose celebrity transcended basketball.

The chopper went down in Calabasas, about 30 miles northwest of downtown Los Angeles.  Authorities said that nine people were aboard the helicopter and presumed dead, after earlier putting the death toll at five. Bryant, an all-time basketball great who spent his entire 20-year career with the Los Angeles Lakers, was among the victims, a person familiar with the situation told The Associated Press.

A different person familiar with the case confirmed that Bryant's 13-year-old daughter Gianna also was killed.

Word of Bryant's sudden death at age 41 rocketed around the sports and entertainment worlds, with many taking to Twitter to register their shock, disbelief and dismay.

"There's no words to express the pain Im going through," tweeted Lakers teammate Shaquille O'Neal, who won three NBA titles with Bryant. "(at)kobebryant I love u and u will be missed. ... IM SICK RIGHT NOW."

"Man I don't even know where to start," tweeted Philadelphia 76ers superstar Joel Embiid. "I started playing ball because of KOBE after watching the 2010 finals. I had never watched ball before that and that finals was the turning point of my life. I WANTED TO BE LIKE KOBE. I'm so FREAKING SAD right now!!!!"

Bryant retired in 2016 as the third-leading scorer in NBA history, finishing two decades with the Lakers as a prolific scorer with a sublime all-around game and a relentless competitive ethic. He held that spot in the league scoring ranks until Saturday night, when the Lakers' LeBron James passed him for third place during a game in Philadelphia, Bryant's hometown.

"Continuing to move the game forward (at)KingJames," Bryant wrote in his last tweet. "Much respect my brother."

Bryant had one of the greatest careers in recent NBA history and became one of the game's most popular players as the face of the 16-time NBA champion Lakers franchise. He was the league MVP in 2008 and a two-time NBA scoring champion, and he earned 12 selections to the NBA's All-Defensive teams.

Bryant retired in 2016 after scoring 60 points in his final NBA game.

"Kobe Bryant was a giant who inspired, amazed, and thrilled people everywhere with his incomparable skill on the court — and awed us with his intellect and humility as a father, husband, creative genius, and ambassador for the game he loved. He will live forever in the heart of Los Angeles, and will be remembered through the ages as one of our greatest heroes," said Los Angeles Mayor Eric Garcetti.

President Donald Trump reacted to the reports of Bryant's death soon after they began to surface, tweeting: "That is terrible news!"

Colin Storm was in his living room in Calabasas when he heard "what sounded like a low-flying airplane or helicopter."

"Ït was very foggy so we couldn't see anything," he said. "But then we heard some sputtering, and then a boom."

The fog then cleared a bit and Storm could see smoke rising from the hillside in front of his home.

Juan Bonilla of Calabasas said he was working on his roof Sunday morning when he heard a helicopter flying low nearby. He said he thought it was a sheriff's helicopter on a training mission. He heard nothing amiss with the engine or rotors and said he did not see any mechanical issue with the chopper. It was foggy Sunday morning, but he said visibility didn't seem to be low at the time of the crash.

Firefighters worked to douse flames that spread through about an acre of dry brush, said Art Marrujo, a dispatch supervisor with the Los Angeles County Fire Department.

The National Transportation Safety Board sent a "go team" of investigators to the site. The NTSB typically issues a preliminary report within about 10 days that will give a rough summary of what investigators have learned. A ruling on the cause can take a year or more.

"They will look at man, machine and environment," said Gary C. Robb, an aviation attorney in Kansas City who wrote a textbook on helicopter-crash litigation.

Investigators will also consider what role might have been played by weather, terrain, radio towers or bird strikes, he said.

Robb said he has handled many cases involving Sikorsky S-76 crashes and regards the machine as having a good reputation.

"It is generally regarded as a good helicopter with a good safety record," he said, "but parts fail, parts break. Anything can happen."

Along with his work boosting women's sports, Bryant opened a production company and entered the entertainment field in retirement. He won an Academy Award in 2018 for his contributions to "Dear Basketball," an animated short about his relationship to the game. He also produced content for ESPN.

In 2003, Bryant was charged with attacking a 19-year-old employee at a Colorado resort. He had said the two had consensual sex. Prosecutors later dropped the felony sexual assault charge against Bryant at the request of the accuser.

Tom Oates: Bucks still have their share of skeptics

Their 46-8 record is the best in the NBA. They are on pace to become the third NBA team to win 70 games in a season. They are the highest-scor…

FILE - In this July 26, 2018 file photo former Los Angeles Laker Kobe Bryant and his daughter Gianna watch during the U.S. national championships swimming meet in Irvine, Calif. Bryant, the 18-time NBA All-Star who won five championships and became one of the greatest basketball players of his generation during a 20-year career with the Los Angeles Lakers, died in a helicopter crash Sunday, Jan. 26, 2020. Gianna also died in the crash. She was 13. (AP Photo/Chris Carlson)

Gennesys Cabral, of Los Angeles, wears a Kobe Bryant jersey outside of the Staples Center at the 62nd annual Grammy Awards on Sunday, Jan. 26, 2020, in Los Angeles. Bryant died Sunday in a helicopter crash near Calabasas, Calif. He was 41. (AP Photo/Chris Pizzello)