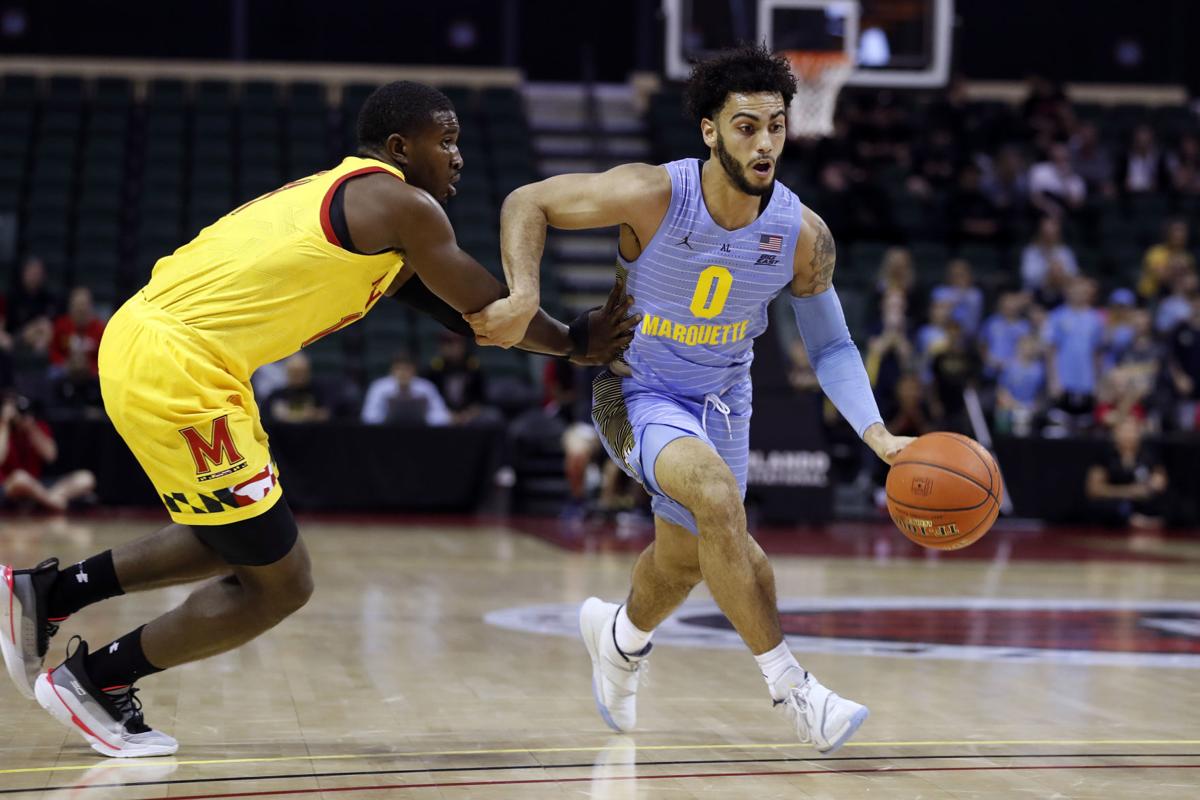 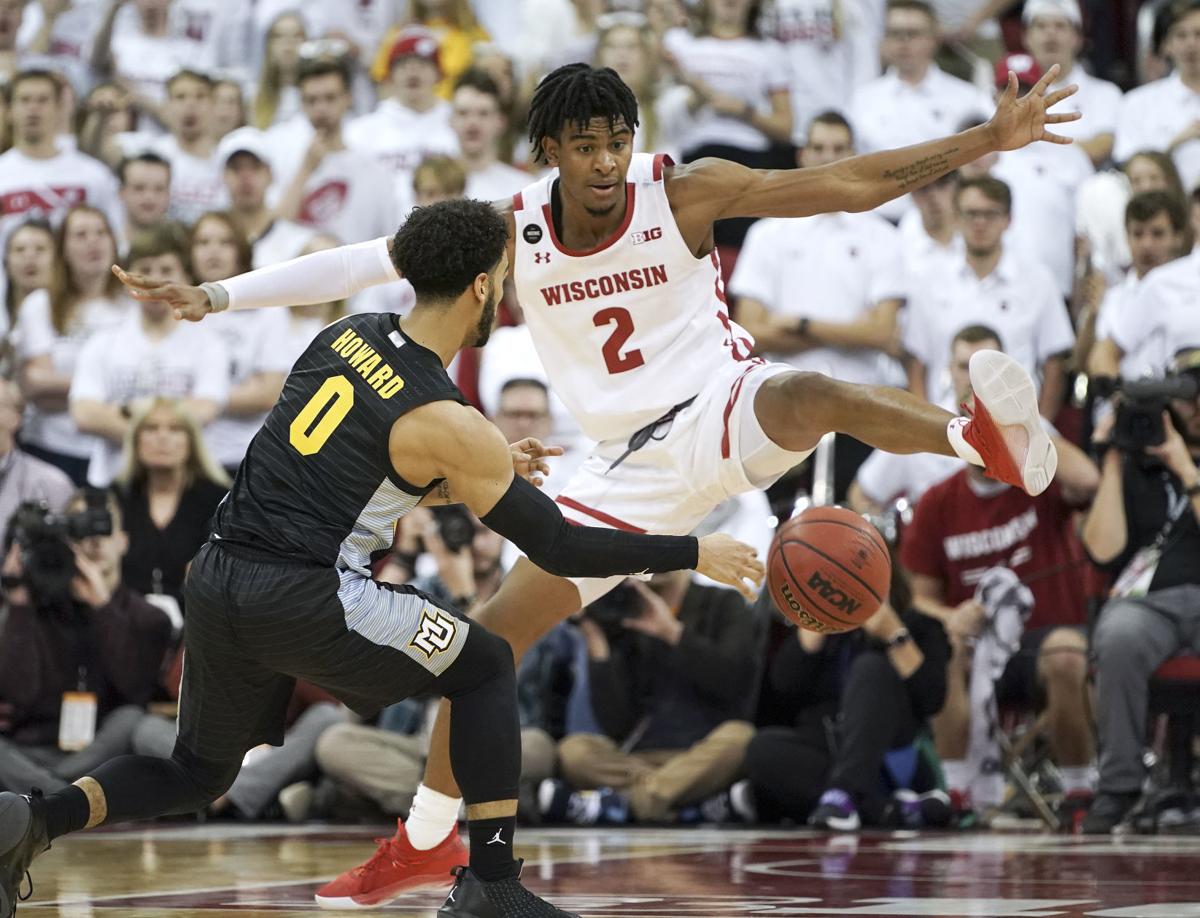 The 5-foot-11 Marquette preseason All-American and reigning Big East Player of the Year leads the nation in scoring at 26 points a game.

“We need Markus to be the player and the star he is. It makes everyone better,” said Golden Eagles coach Steve Wojciechowski. “He gives us a swagger. He gives us a confidence when he’s doing his thing.”

He did his thing at Orlando Invitational last weekend.

Howard scored 91 points on the first two days of the tournament, making a dazzling array of step-back 3-pointers and seemingly blowing past befuddled defenders at will when he chose to drive to the basket for a closer look.

He led Marquette to the championship game, where Howard and the Golden Eagles were derailed by third-ranked Maryland. But during their run, Howard became the first Big East player to ever have back-to-back 40-point games, including a 51-point outburst against Southern California in the semifinals.

“Just another incredible performance,” said Wojciechowski, who watched the senior from Chandler, Arizona go for 40 the previous night against Davidson.

Howard was the last player to leave the court after his impressive outing, pausing to pose for pictures before cheerfully plowing through a pack of young Golden Eagles fans chanting his name.

It was the third 50-point game of Howard’s career. He also joined Mississippi’s Johnny Neumann and LSU’s Pete Maravich and Bob Pettit as the only players in a major conference to score at least 40 on consecutive days.

“I don’t really pay too much attention to that. Whatever comes is truly a blessing,” Howard said of the milestones. “I’m so thankful to be in the position I am, having teammates and coaches I have who let me have the freedom to be who I am and comfortable with who I am.”

A second-team All-American last season when he led Marquette to the NCAA Tournament, Howard enters Wednesday night’s home game against Jacksonville as the nation’s top scorer at 26 per game. He was averaging 29.3 before Maryland overwhelmed the Golden Eagles 84-63 in the Orlando Invitational final, limiting Howard to six points on 1 for 12 shooting, including 0 of 6 on 3-point attempts.

The Terrapins made a concerted effort to keep the ball out of Howard’s hands, a task 6-foot-5 Darryl Morsell took to heart.

And when Maryland’s best defender wasn’t blanketing the Marquette star, 6-foot-6 Aaron Wiggins made things just as difficult for Howard.

“Our goal was just to make it tough,” Morsell said. “Contest every shot, just try to get physical.”

It wasn’t anything out of the ordinary for Howard.

Wojciechowski noted Howard has faced nearly every type of defense imaginable during his career. He’s been held to single digits seven times over the past two-plus seasons, but he’s always bounced back.

“The fact people defend Markus hard is not new. He’s Big East player of the year. He’s an All-American last year,” the coach said. “Teams have gone out to stop him. We have to learn, re-learn with this group, how to figure that out.”

Howard has 51 career games of 20-plus points, 20 with 30 or more and six of at least 40. He has no intentions of slowing down as he approaches another milestone he’ll share with his brother, Jordan, who played at Central Arkansas from 2015-18 and was Southland Conference player of the year as a senior.

As a duo, the Howards have scored 4,661 points. The only other combo of brothers that’s scored more is Seth and Stephen Curry, who finished their NCAA careers with 4,736.

“My teammates give me supreme confidence. If they tell me to keep going, I’m going to keep going. I’m never going to stop. That’s kind of the mentality I’ve had as a scorer,” Howard said. “No matter what’s being thrown at me, I’m going to continue to come at you. Just continue to be aggressive and play with a chip on my shoulder.”

Turns out, what’s good for Howard is also good for the Golden Eagles, who feed off his energy.

“I think if I don’t show that it definitely changes our team a lot,” Howard said. “When I play with a certain swagger and confidence, different guys are able to play with that same kind of edge. I think it’s good for our whole team because the best comes out of our team when everybody’s playing that way.”

EAST LANSING, Mich. — The University of Wisconsin men’s basketball team had done enough over the past three weeks to at least consider what it…

Former NBA player to plead not guilty to human trafficking

MURFREESBORO, Tenn. (AP) — A grand jury has brought charges in a sex trafficking case against former NBA player and one-time University of Alabama basketball standout Jim Farmer, who was caught up in an undercover law enforcement sting last October.

The UW-Parkside men’s basketball team is finally beginning to get its act together.