Fauci: US may see 'surge upon surge' of virus in weeks ahead

Racine’s Caron Butler is going back to the Miami Heat, agreeing to begin his coaching career as an assistant on Erik Spoelstra’s staff, according to several reports.

Butler and the Heat are in the process of finalizing his contract, according to the person who spoke to The Associated Press on Friday on condition of anonymity because the hiring has not been publicly announced.

But Butler confirmed the move on Friday to the South Florida Sun Sentinel newspaper.

“Honestly, I just felt like it was my calling,” Butler told the Sun Sentinel. “When Coach Spo had reached out, he reached out at a time that I was pondering what was going to be my next thing.”

He takes the opening on the staff that was vacated by Dan Craig, a longtime Heat assistant who was hired earlier this offseason by the Los Angeles Clippers.

Since leaving the NBA in 2016 after a 14-season career that included stops with the Heat, Lakers, Washington Wizards, Dallas Mavericks, Los Angeles Clippers, Milwaukee Bucks, Oklahoma City Thunder, Detroit Pistons and Sacramento Kings, Butler moved on to several entrepreneurial interests as well as a broadcasting career with Turner Sports.

Butler previously had auditioned for the team’s television commentary job that went to John Crotty at the start of the 2018-19 season. In the interim, he remained in contact with Spoelstra.

While the coaching will begin with the Dec. 1 start of training camp, Butler told the Sun Sentinel he already has been on the clock.

“From Day One, I’m going to be invested,” he told the Florida newspaper. “I’m invested right now, watching film, going over the draft choices. And December 1st, I’m all in.”

Butler, who played basketball at Park High School and the University of Connecticut, was the No. 10 pick by the Heat in the 2002 draft and spent two seasons with the team. He was moved to the Los Angeles Lakers in 2004 as part of the deal that brought Shaquille O’Neal to Miami.

Butler played for nine teams in 14 NBA seasons, was a two-time All-Star and was part of the 2011 Dallas Mavericks team that topped Miami for the NBA title.

Even though he spent only two years with the Heat, Butler has remained close with many in the organization and invited a large Heat contingent to his wedding several years ago.

He has worked as a television analyst for NBA and college games since retiring and most recently hosted a series for the NBA called “1-on-1 with Caron Butler” — a number of interviews to discuss the need for social justice.

Butler also spends a lot of time back in Racine, hosting community events. His son JC Bulter graduated from The Prairie School and plays for NCAA Division I UC-Irvine on California.

After signing with the Lakers, Wesley Matthews apologized for becoming "emotional" while talking about how the late Kobe Bryant helped him through his Achilles tendon injury.

Protocols related to COVID-19 for the Miami (Ohio) teams cause Wednesday's game at the Kohl Center to be pushed back to an undetermined date.

Bucks' trade for Bogdan Bogdanovic falls apart, though it still could happen

Kings swingman Bogdan Bogdanovic never agreed to a sign-and-trade deal with the Bucks and will become a restricted free agent Friday at 5 p.m., leaving him free to sign with any team but giving the Kings the right to match any offer, and perhaps still trade him to Milwaukee.

No fans at Bucks home games to start the season

Team officials say they will work with state and local health officials as well as the NBA to evaluate a potential time that fans can return to games in some capacity later in the season.

With midnight moves that dramatically overhauled the playoff race in the Eastern Conference, the Bucks might have torpedoed Pat Riley's 2021 plans to land Giannis Antetokounmpo.

Racine's Caron Butler shown playing for the Milwaukee Bucks. The Miami Heat have reportedly hired Butler as an assistant coach. 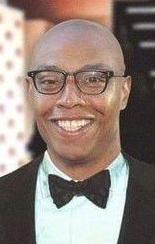 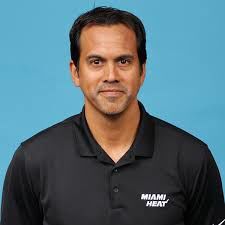