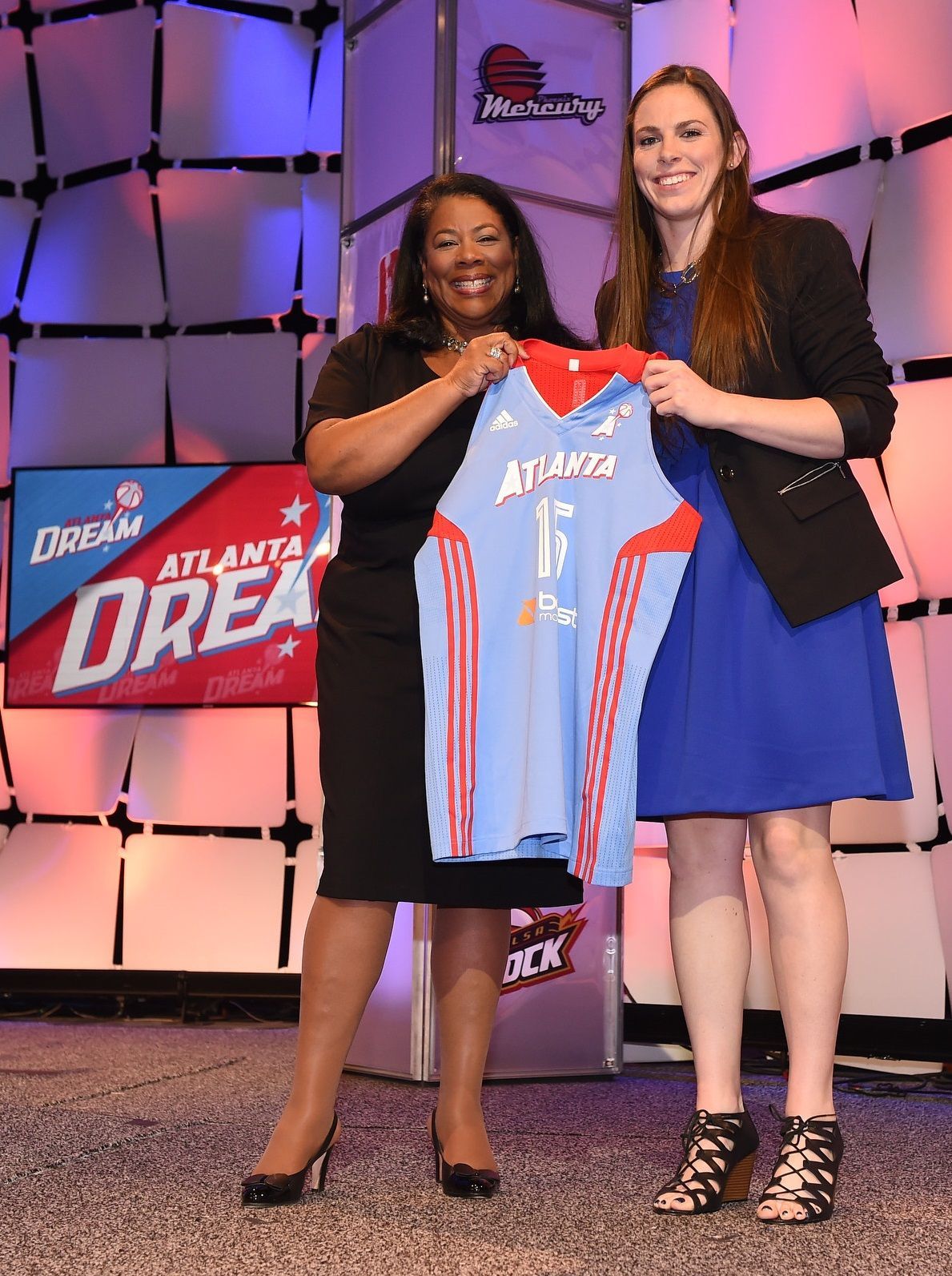 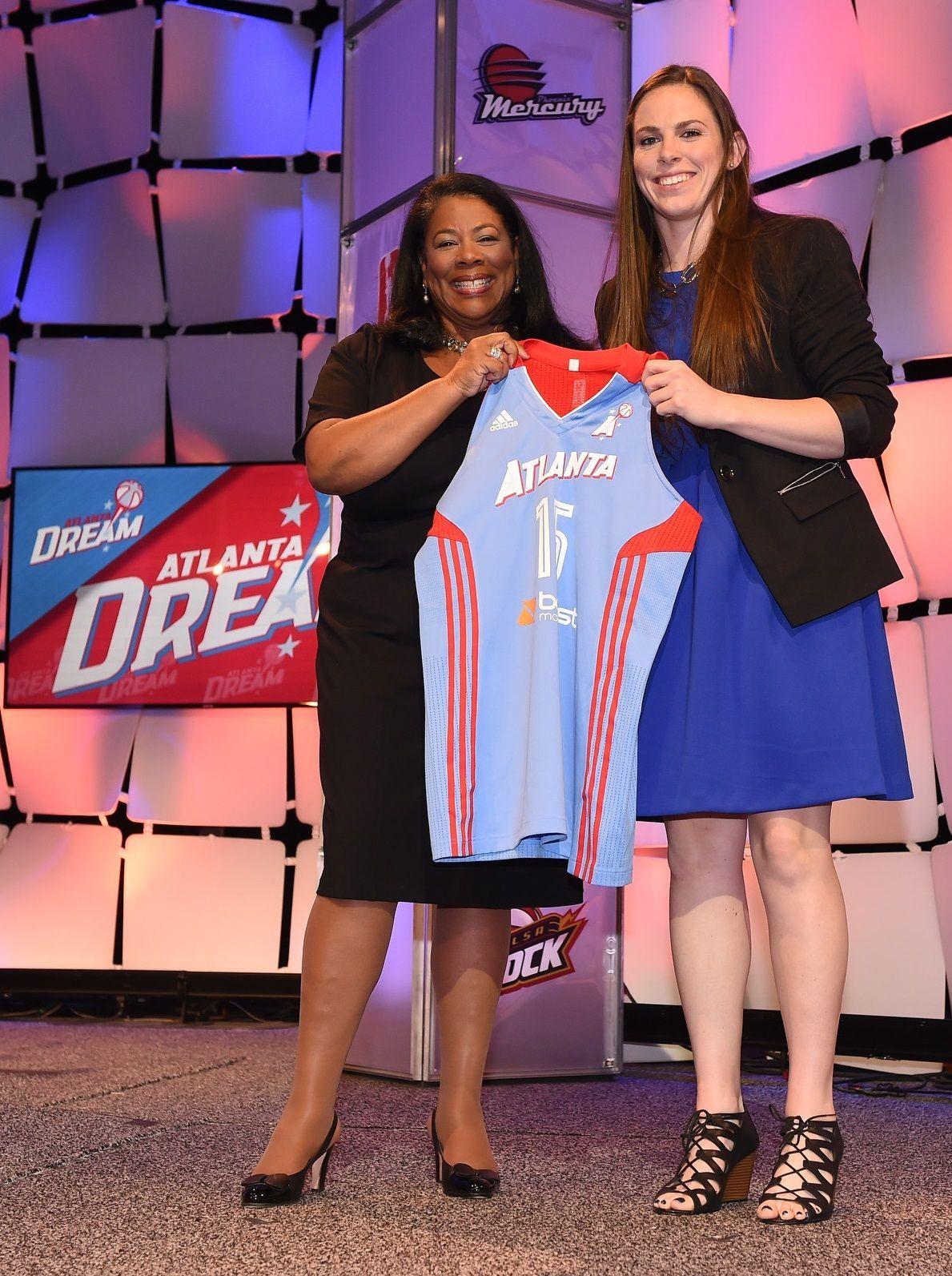 It was during the 1989-90 season when Taylor was a freshman on a Stanford University team that would win the program’s first national championship that April. One of her teammates was 1987 Horlick High School graduate Sonja Henning, who would earn consensus All-American honors the following season.

In 1992, when Taylor played on Stanford’s second and most recent national championship team, Logic was born in Racine. The 5-foot-9 point guard from the University of Iowa became a member of the Dream Thursday night when she was drafted with the 10th pick of the draft.

Logic, a 2011 Case High School graduate, was one of only 12 college players invited to attend the draft at Mohegan Sun in Uncasville, Conn.

“I’m really excited about Samantha. Obviously, she’s had a phenomenal college career at Iowa and she brings a lot to the table. She’ s a prototypical point guard who is very dynamic and will impact the game in a variety of ways with the ball in her hands. She has the ability to score, but what she’s able to do is help her team get better.”

While Logic has proven to be a quick study as a four-year starter at Case and Iowa, she will obviously be in for a major adjustment when she reports to training camp May 17 – one day after the Academic All-American graduates from Iowa.

Players will be far quicker and faster than what Logic typically saw in college. And if Logic struggles to adjust, she will be easily exposed since she will play far more man-to-man defense in the WNBA. At Iowa, Logic was a member of a zone-based team.

“It will be a challenge,” said Logic, who will swap the No. 22 she wore at Case and Iowa for No. 15. “But we’re competitive enough to get to this point and, after some time, I’m sure the adjustment will be made.”

“First and foremost, in the WNBA, we have the best women’s basketball players in the world,” Taylor said. “So they’re bigger, stronger and faster than all the kids who were drafted have been competing against. So there’s an adjustment process for everyone, similar from high school to college.

“But Samantha has a high basketball IQ, she’s as competitive as heck and she’ll be able to pick up our system pretty quickly. We have a team defense concept, so she may not be the lockdown defender, she may never be the (defensive player of the year), but I’m not going to say that because I feel she’s competitive enough to prove people wrong.”

Futhermore, Logic will learn from a master since Dream Coach Michael Cooper, who won five NBA championship rings with the Los Angeles Lakers, was the NBA’s Defensive Player of the Year in 1987. While Logic may be a work-in-progress defensively, Cooper is well aware of what else she brings to the table.

“Logic is a versatile guard who brings a great deal of leadership and is a player that’s going to come out and compete at a whole other level,” Cooper said on hawkeyesports.com. “She’s a stat stuffer and that’s what I love about her.

After a seven-game winning streak, the Bucks have moved back toward the top of the Eastern Conference standings.

Forward Khris Middleton eclipses the 10,000-point mark in the rout.

Giannis Antetokounmpo scored 33 points, Bobby Portis added 28 and the Bucks won their fifth straight game with a 114-93 victory over the Pistons on Wednesday night.

Milwaukee never trails but nearly allows Oklahoma City to come all the way back from a 20-point deficit.