The Milwaukee Brewers believe it’s a story worth telling for years to come.

The Selig Experience at Miller Park, billed as a state-of-the-art exhibit to honor the former Brewers owner and recently-retired Major League Baseball commissioner, opened to rave reviews during a private unveiling Thursday and to the public Friday.

Pretty appropriate for a guy who upon graduating from the University of Wisconsin in 1956 thought he was coming back to his hometown of Milwaukee to become a history teacher.

The exhibit, designed by BRC Imagination Arts of Burbank, Calif., features a multi-media presentation that tells the story of Selig’s lifetime love affair with baseball, starting with his early involvement as a fan, to his role in bringing the Brewers to Milwaukee, to him becoming Major League Baseball’s ninth commissioner.

“It is an amazing tribute to an amazing man and his career, particularly that part of his career that was spent here in Milwaukee,” said Rob Manfred, who succeeded Selig as commissioner on Jan. 25.

As Selig himself said, the Selig Experience is as much a history of the Brewers and their fans as it is a history of Selig and his lifelong love affair with the game.

“There are a lot of lessons to be learned from this,” Selig said Thursday night at a press conference at Miller Park after the official unveiling of the exhibit.

“There’s a wonderful history here with wonderful lessons. That’s what I hope comes from this.”

Perhaps nobody appreciates history more than Selig, who majored in American history and political science at UW.

“To go through all the things we went through, starting in 1964, what an experience it’s been,” Selig said.

The 1,500-square-foot exhibition, born out of a suggestion by Brewers general manager Doug Melvin to recreate Selig’s famously-messy office from old County Stadium at Miller Park, also is a lesson in following your dreams.

Who would have ever imagined that a young boy born in Milwaukee to parents who emigrated from eastern Europe, whose first exposure to baseball was seeing the minor league Milwaukee Brewers play at old Borchert Field in the late 1930s, would grow up to become commission?

Barely into his 30s, Selig headed the ownership group that fought for 5 ½ years to bring major league baseball back to Milwaukee after the Braves moved to Atlanta following the 1965 season. Despite numerous setbacks in his attempts to land a franchise and against what Selig called “incredible odds,” Selig’s group bought the bankrupt Seattle Pilots franchise in early 1970 and moved them to Milwaukee less than a week before the season opened.

The rest, as they say, is history.

That famously-messy office? It’s been recreated in amazing detail, right down to the piles of newspapers on the floor by Selig’s desk and a Tiparillo cigar still smoldering in an ashtray.

Brad Shelton of BRC Imagination Arts, the creative director for the project, wouldn’t reveal the secret behind the “smoking” Tiparillo.

But Shelton did say that Selig’s story made the project easy.

Why the Selig Experience?

“It started out as a way to honor a man without whom we wouldn't be here (at Miller Park),” said Attanasio, the Brewers’ CEO and principal owner since 2005. “This is something that families can share and that can connect generations of fans."

Perhaps the most talked-about feature of the exhibit will be the amazingly lifelike hologram of Selig in his office. As Attanasio joked, “It was like going to a scary movie.”

After passing the replica of Selig’s office, visitors enter a memorabilia-lined room that features a quote from Selig on one of the walls. It reads:

“No matter what happens to me in my career, getting a team will always be my proudest achievement because it was against unbelievable odds.”

"All I ever wanted was to share this game with the greatest fans in the world -- the people of Wisconsin," Selig says in a clip during the presentation.

Selig previously was honored with a bronze statue outside Miller Park in 2010 and is on the Brewers Wall of Honor along the left-field Miller Park wall and on the Ring of Honor inside Miller Park – the team retired No. 1 in his honor as the team’s No. 1 fan.

But this latest tribute surpassed anything Selig could have envisioned.

“When I look back at all of this, I say to you all, ‘Boy, have I been lucky,’ ” Selig said. “To think that a kid growing up would not only realize his dream, but realize it in such an incredible fashion.

“What you see here is a little boy’s dreams that came true.”

Located on the loge level in the left-field corner, the Selig Experience is accessible to the public during all Brewers home games from the time the gates to the ballpark open until the seventh inning.

Admission is free to those with tickets to the game. The attraction also will be open to selected tour groups.

• At each home game, there will be two reserved shows. All other shows are on a first-come, first-served basis.

• Each show is limited to no more than 35 guests.

• Fans are strongly urged to register in advance online at Brewers.com/SeligExperience. Fans may reserve up to four spots for a tour, but may register for only one tour in advance.

Tailgating will be allowed at American Family Field starting Monday

CHICAGO — Load up your grills and pack your coolers, Wisconsin: tailgating is coming back to American Family Field.

Paul Sullivan: Brewers deserve praise for encouraging people to get the COVID-19 vaccine

Athletes have the ability to sway the opinions of many fans, and all should follow the Brewers' lead and aid in the COVID-19 vaccination effort, for their own good and for the good of the community.

The Brewers cleared up a logjam at one position and added to their depth at another Tuesday, dealing infielder Orlando Arcia to Atlanta for right-handed pitchers Chad Sobotka and Patrick Weigel.

Chicago belts three in the fourth inning to take a 4-0 lead at Wrigley Field.

De Leon expected to start for the Reds against the Pirates

Catcher Manny Pina is hitting .353 with a pair of home runs for the Brewers this spring.

Setting the table works for Wong

MILWAUKEE — Kolten Wong was back in the leadoff spot for the Milwaukee Brewers on Saturday, showing no ill effects from being hit by a pitch o…

The Brewers and Cubs will play each other nine times in April.

CHICAGO — Lorenzo Cain hit his second homer of the game, a three-run shot in the 10th inning, and the Milwaukee Brewers beat the Chicago Cubs … 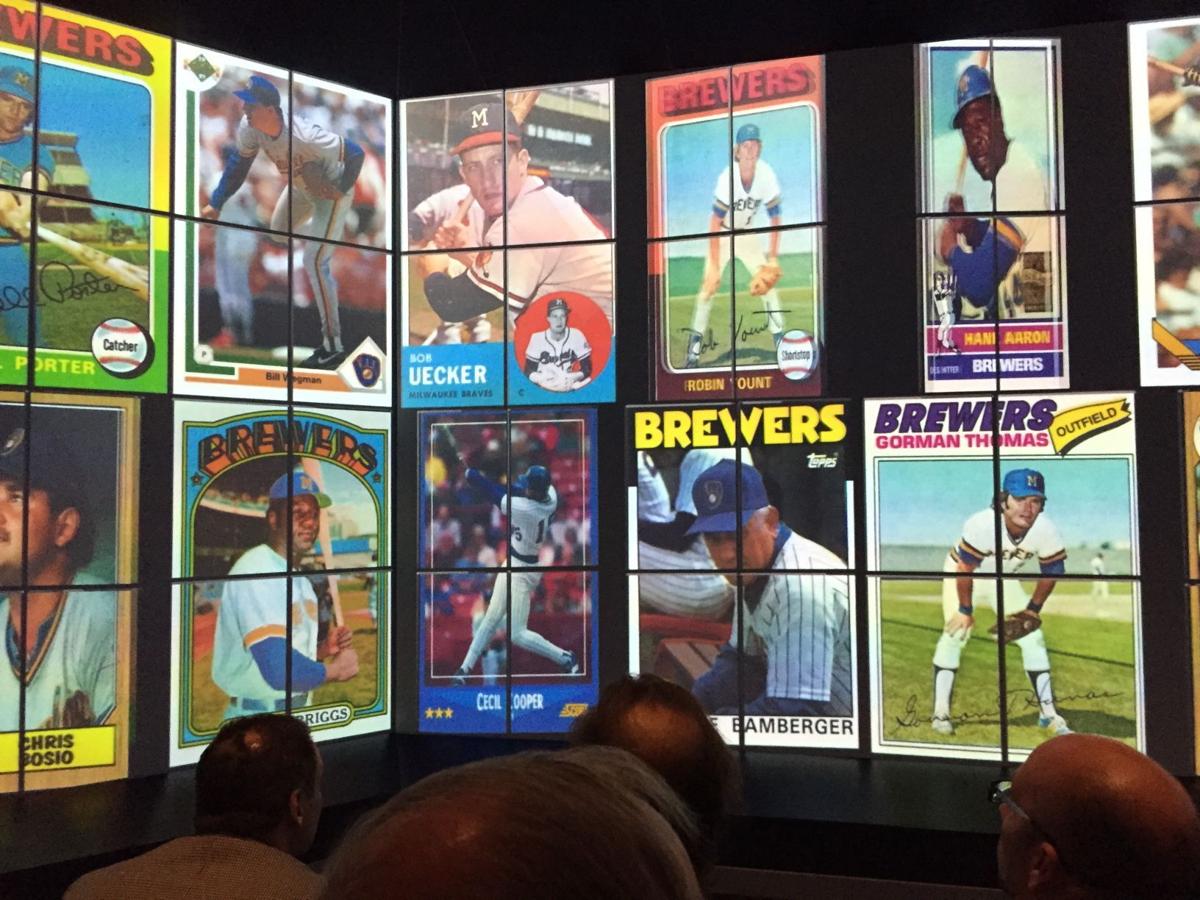 Media members watch the start of the multi-media presentation at The Selig Experience at Miller Park in Milwaukee Thursday, May 28, 2015. The cards are of players and managers from the Milwaukee Brewers and Braves. 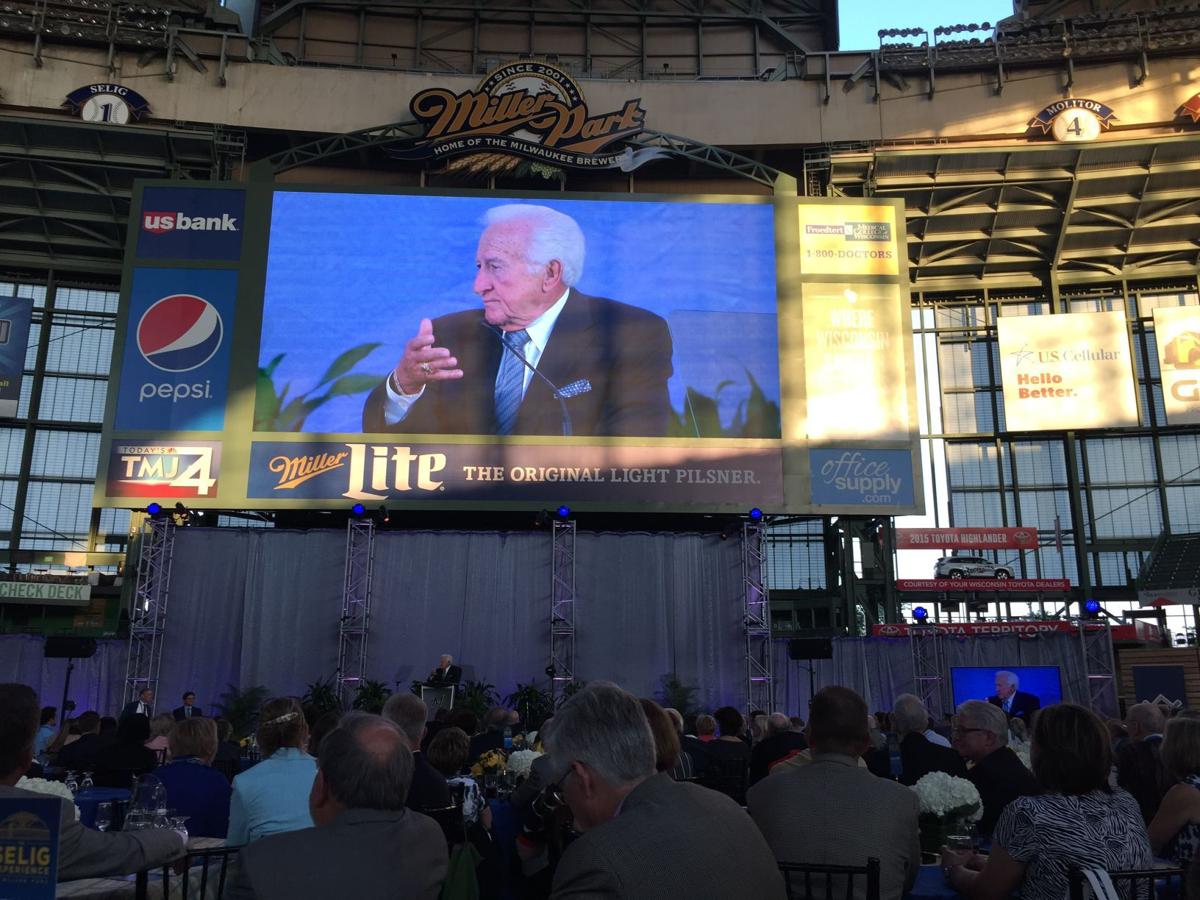 Bob Uecker, who served as emcee of The Selig Experience dedication Thursday, May 28, 2015, at Miller Park in Milwaukee, is shown on the scoreboard in center field as he addresses the crowd. 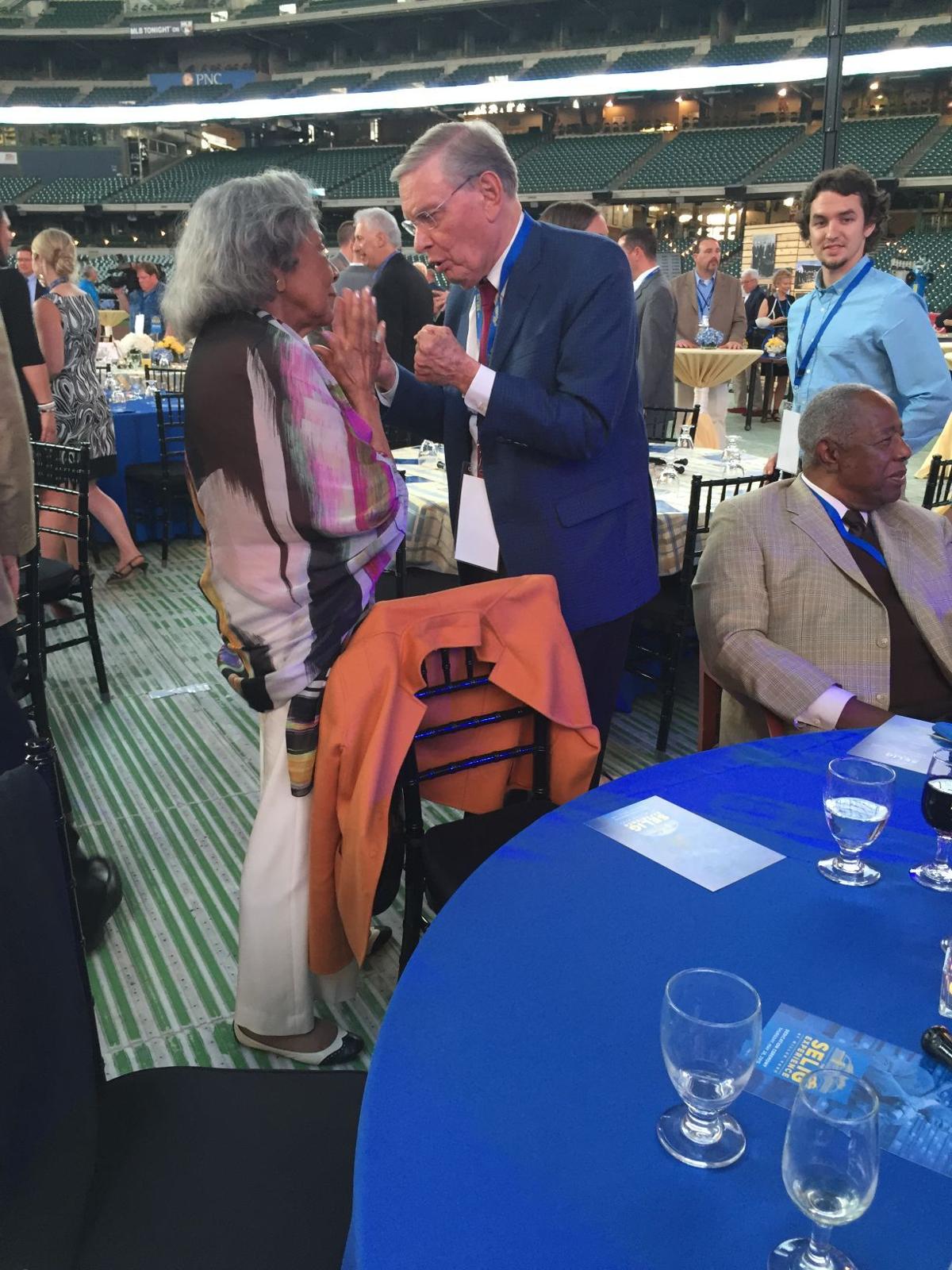