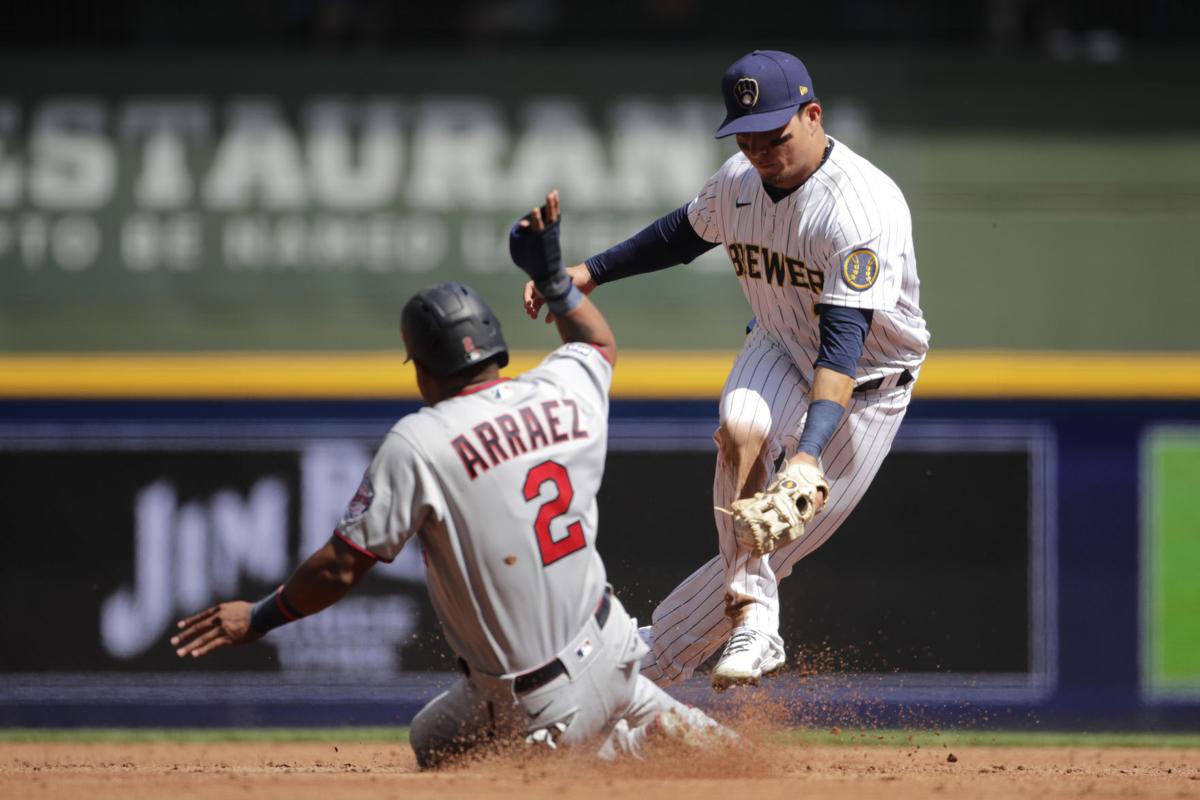 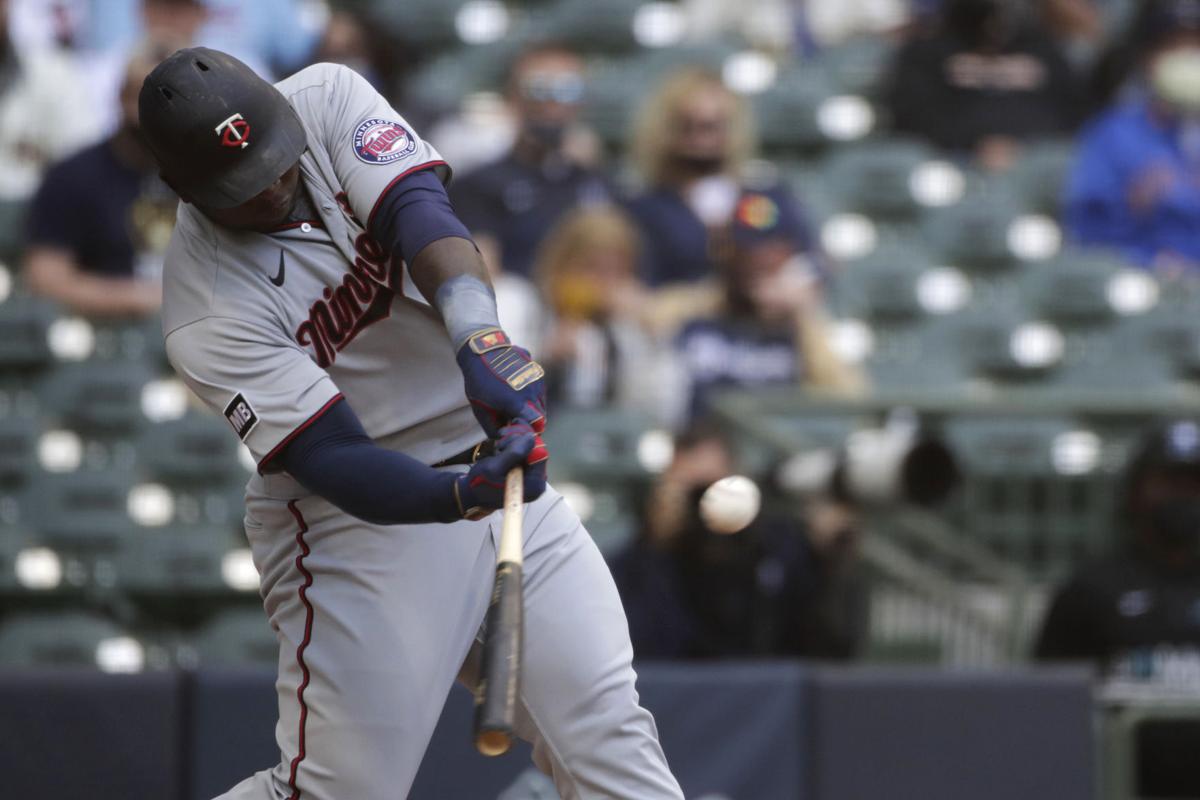 Miguel Sano hits a two-run home run against Drew Rassmussen during the sixth inning to give the Twins a 6-2 lead.

MILWAUKEE — The Milwaukee Brewers are focused on getting off to a fast start offensively this season after experiencing difficult times at the plate during the abbreviated 2020 campaign.

Three games is a small sample size, but already there are some troubling signs.

Miguel Sanó and Mitch Garver homered to back up Michael Pineda, and the Minnesota Twins beat the Brewers 8-2 Sunday to win the season-opening series at American Family Field.

Luis Arraez went 3-for-3 with a pair of walks as the Twins took two of three. Max Kepler and Sanó each drove in three runs.

“I believe in my team,” Pineda said. “I know we have a great team.”

The Brewers scored eight runs and struck out 36 times in the three-game series. They had just six hits combined in the two losses.

“They pitched really well,” said Bradley, who scored both of the Brewers’ runs Sunday. “You’ve got to give them credit. They executed the game plan. We feel like we didn’t execute our game plan. We have to make an adjustment and go from there.”

Garver broke a 1-all tie and put the Twins ahead for good when he hit a solo shot to right field off Brewers starter Adrian Houser (0-1) with one out in the fifth.

Pineda got out of a bases-loaded jam in the bottom half of the fifth by striking out Avisaíl García.

“When there were runners on base or traffic or anything like that, he really dials it in,” Twins manager Rocco Baldelli said. “He finds a way to get through situations, finds a way to get a swing-and-a-miss or some weak contact. He just keeps pitching.”

Minnesota broke open the game in the sixth with four runs off Drew Rasmussen. Kepler hit a two-run single and Sanó followed with a two-run homer.

The Twins benefited that inning from an error by first baseman Keston Hiura, whose high throw to second on a fielder’s choice pulled shortstop Luis Urías off the bag.

One encouraging sign for the Brewers was the way Houser performed as he attempts to bounce back from a 2020 season in which he went 1-6 with a 5.30 ERA.

“They’re a good-hitting ballclub,” Houser said. “You’ve just go to keep working back-and-forth, trying to keep them off balance as much as you can because they’re going to be waiting for you to make a mistake. Just like today, they hit a few mistakes and put some good swings on them.”

Assistant athletic trainer Dave Yeager spent the night in the hospital after appearing to collapse in the bottom of the ninth inning of Saturday's game while assisting home plate umpire CB Bucknor, who had been hit in the throat area with a foul ball.

Twins center fielder Byron Buxton left in the third inning with an illness unrelated to COVID-19, according to team officials. Buxton, who homered in each of the Twins’ first two games, doubled in his only plate appearance Sunday.

The Brewers are scheduled to open a three-game series with Chicago Cubs on Monday night at Wrigley Field. Left-hander Brett Anderson (4-4, 4.21 in 2020) is slated to start for the Milwaukee and is expected to be opposed by Chicago right-hander Trevor Williams (2-8, 6.18 in 2020 with Pittsburgh).

Miguel Sano hits a two-run home run against Drew Rassmussen during the sixth inning to give the Twins a 6-2 lead.