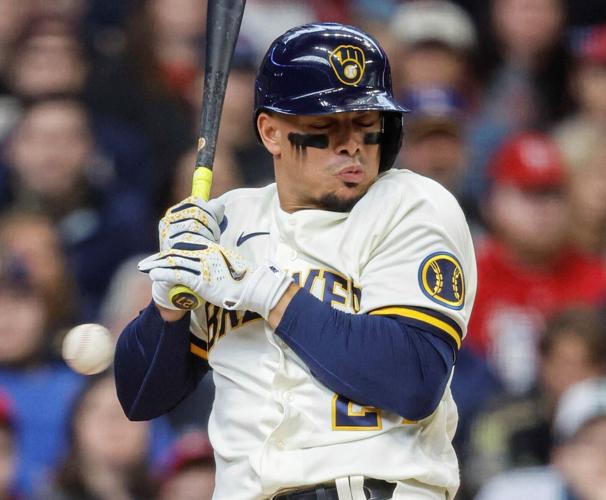 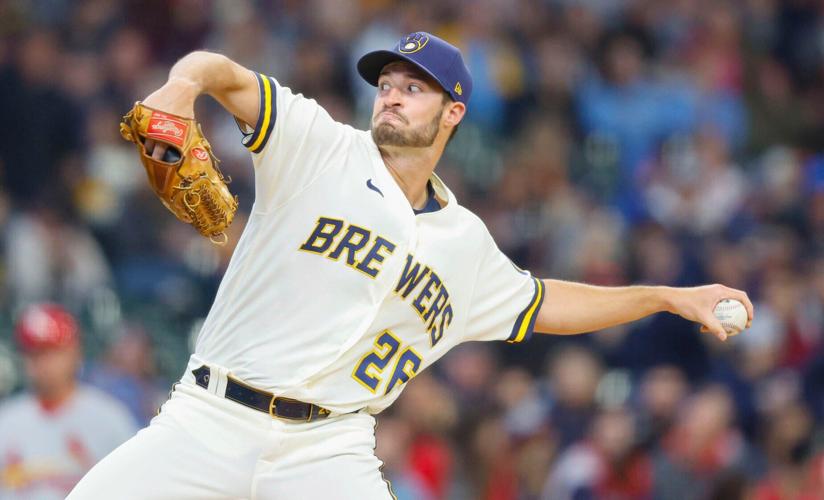 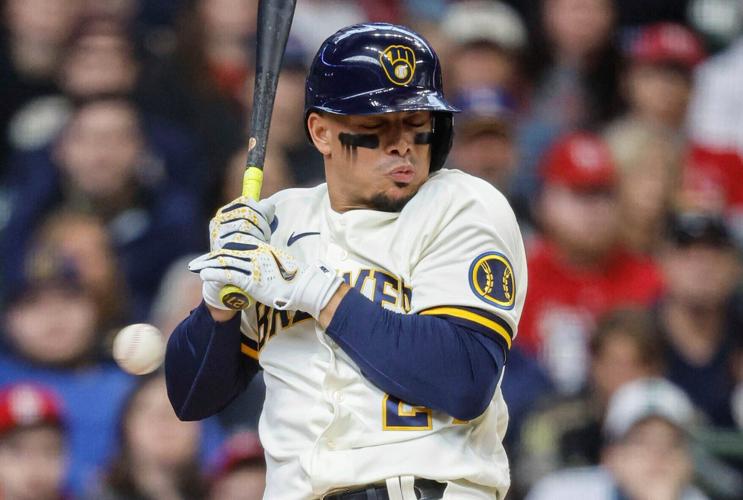 MILWAUKEE — Tyrone Taylor hit a two-run double in the seventh inning to give Milwaukee a cushion, and the Brewers outlasted Albert Pujols and the St. Louis Cardinals 6-5 on Sunday.

Pujols hit his 681st career homer, a three-run shot in the third inning off Aaron Ashby that tied the game at 3, but the Brewers regained the lead in the fourth on Willy Adames’ bases-loaded walk and held on from there.

Taylor’s seventh-inning double made it 6-3. St. Louis got within one in the eighth against Devin Williams, but Josh Hader struck out two during a perfect ninth for his fourth save of the season and 100th of his career.

“I don’t think that’s what he wanted for himself,” Cardinals manager Oliver Marmol said. “At the end of the day, you have to throw more strikes in order to compete.”

Making his first start of the season after two relief appearances, Ashby issued four walks and a pair of hits over four innings. The three runs he allowed — all on Pujols’ blast — were unearned thanks to an error on Milwaukee second baseman Kolten Wong to open the inning.

The Brewers jumped ahead 3-0 in the first. Andrew McCutchen had a sacrifice fly, and Rowdy Tellez hit a run-scoring double to the wall in left-center. Milwaukee got another run on a throwing error by catcher Andrew Knizner.

Hudson retired six of his next seven batters before Keston Hiura brought his day to an end with a single to lead off the fourth. Reliever T.J. McFarland gave up a single and a walk to load the bases. After striking out Wong, McFarland lost a seven-pitch battle to Adames that gave Milwaukee the lead.

“We had to be patient,” Brewers manager Craig Counsell said. “We did a nice job of that. And then we got some big hits. Keston, Tyrone obviously a really big one. Today was a day when just patience and grinding out at-bats paid some dividends eventually.”

Pujols moved one step closer to Alex Rodriguez, who is fourth in major league history with 696 homers.

Ashby got the better of the veteran slugger in the first inning with a sinker for a called third strike. In Pujols’ next at-bat, Ashby left a 1-0 slider hanging out over the plate.

“It was a great pitch to hit and that was my best swing of the night,” Pujols said. “I wasn’t looking for anything, I was just trying to execute my game plan.”

Pujols used to work out at a fitness center Ashby’s family owned in Kansas City when Pujols was in town to host hitting camps that Ashby himself attended for three years while growing up.

“I wish he would have taught me to hit a little better, but that’s the way it goes,” Ashby said.

Hader became the third pitcher in Brewers history to record 100 saves, joining Dan Plesac (133) and John Axford (106). He is the 160th player to reach the century mark since the save became an official statistic in 1969.

“It was a fun journey just to make it here and to get 100, it’s pretty special,” Hader said.

“He’s four-and-a-half full seasons (into his career),” Counsell said. “No reliever has had a better start to his career than Josh Hader in the history of the game. I’m not exaggerating. That’s a fact. I don’t think it’s really disputable.”

Cardinals: C Yadier Molina (right knee soreness) was out of the starting lineup for a third straight game but came on as a defensive replacement in the ninth inning.

Brewers: INF Luis Urias (left quad) remains in Arizona where he’s been doing simulated baseball activities. The Brewers hope to send Urias out for a minor league rehab assignment before the end of the month.

Brewers left-hander Eric Lauer (0-0, 6.23 ERA) looks for his first victory of the season Monday when Milwaukee opens a three-game series against Pittsburgh. The Pirates will send out right-hander Zach Thompson (0-0, 4.50).

Photos: Take a look back at Ryan Braun's storied career with the Milwaukee Brewers

In the week since trading four-time All-Star closer Josh Hader, virtually nothing has gone right for the Milwaukee Brewers.

Mike Brosseau's throwing error yields the go-ahead run for the Reds in their 4-2 victory at American Family Field.

Left-hander Eric Lauer allowed one run in seven innings against the Reds, while Rowdy Tellez and Tyrone Taylor accounted for all five runs for Milwaukee.

Bryan Reynolds raced home on a wild pitch with one out in the 10th inning, lifting Pittsburgh to a 5-4 victory on Thursday to complete a three-game sweep of Milwaukee.

Matt Bush, acquired from the Texas Rangers last week, retired the side in order in the ninth inning to close out Milwaukee's 5-3 victory over Tampa Bay on Tuesday night.

Rowdy Tellez hit a tying homer in the ninth inning and made a key defensive play in the 10th, setting up Willy Adames’ game-ending RBI single that gave Milwaukee a 4-3 win over Tampa Bay on Wednesday at American Family Field.

Ben Frederickson: Surging Cardinals have chance to knock Brewers out of race before September

As MLB considers future game sites, check out these ideas

Major League Baseball wants to wait before making a decision on a third date in Dyersville. It has been in contact with multiple cities about future games.

Manny Machado hit a game-ending, three-run homer as the Padres overcame a blown save by Josh Hader to beat the Giants 7-4 on Tuesday night.