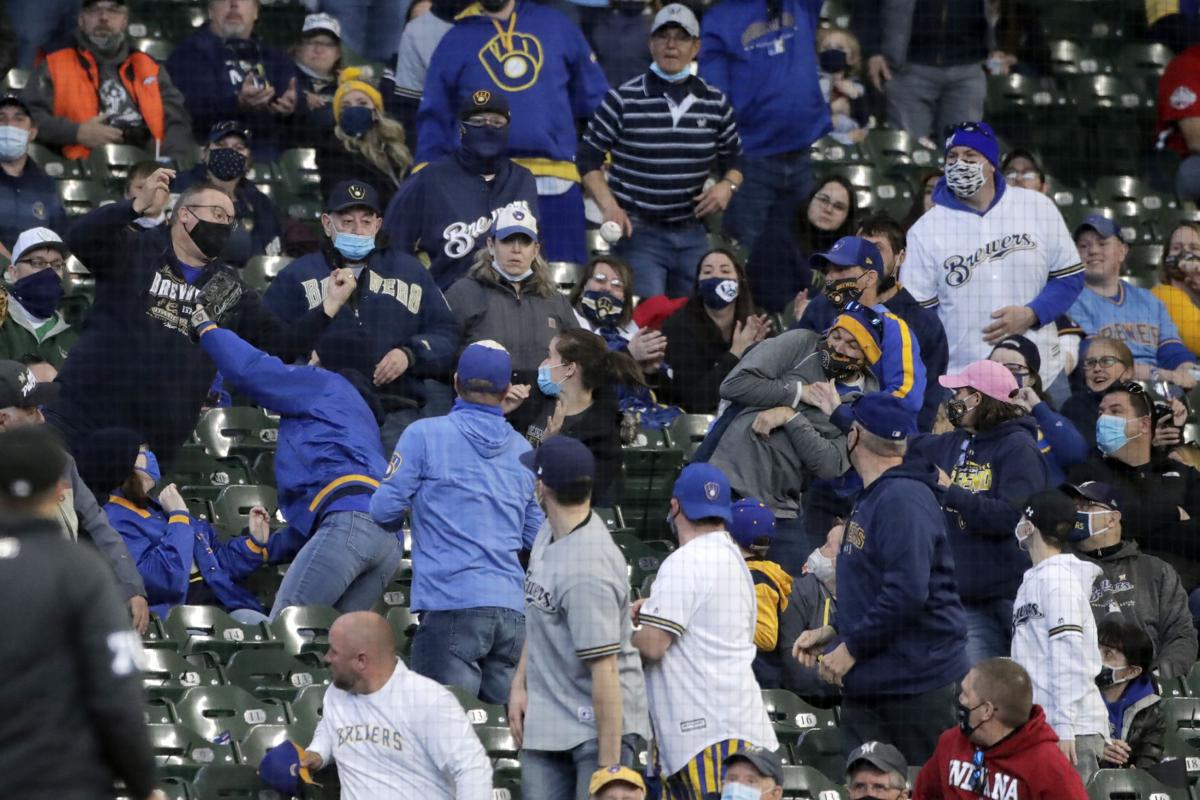 A crowd of 11,740 at American Family Field watched the Brewers earn a walk-off victory on Opening Day for the third time in franchise history.

ANDREW WAGNER For the State Journal

MILWAUKEE — Even as he continues to incorporate new pitches into his arsenal, Josh Hader isn’t going to surprise too many hitters anymore.

The left-hander, entering his second year in the closer’s role for the Milwaukee Brewers, still relies primarily on a devastating fastball to put hitters away. That’s exactly what he did Thursday, striking out the side in the 10th inning of the 6-5 victory over the Minnesota Twins.

Hader’s fastball hit 100 mph, according to the radar gun at American Family Field.

“That’s the hardest I’ve ever seen him throw,” third baseman Travis Shaw said. “He was practically unhittable in 2018 and he didn’t throw that hard. That’s going to be a problem for hitters if that keeps happening consistently.”

Hader’s fastball averaged between 94-95 mph through his first four seasons and clocked in at 95 last year.

Manager Craig Counsell figured Hader might be a little stronger to start the season after appearing in only 21 of Milwaukee’s 60 games in 2020. The lighter workload, combined with a normal offseason and spring training routine, left Hader as fresh as he’s been in recent memory.

Counsell wasn’t expecting Hader to reach triple digits right out of the gate. Neither was Hader, who credited the return of fans to the ballpark for the first time in over a year for some of the jump.

“I really haven’t paid much attention to the radar gun,” Hader said. “I know in spring I was occasionally throwing 95 but when you get these fans, man, they get loud, and I think that’s a big adrenaline push for us.”

There were no surprises when the Brewers announced their 26-player Opening Day roster.

That balance will almost certainly fluctuate depending on need over the course of the season. For the time being, having an extra bat is more beneficial with the pitching staff rested and a handful of off-days sprinkled into the early schedule.

“It’ll be a day-by-day equation and at some point we will need to change that,” Counsell said. “But when you can gain a little bit of an advantage, you take it and that’s what we’re going to do.”

Rasmussen and infielder Luis Urias made the Opening Day roster for the first time in their careers.

Along with sorting out the left side of the infield, the most frequent question posed to Counsell during spring training was how he would select which outfielders would start alongside Christian Yelich.

On Thursday, Jackie Bradley Jr. was the odd man out as Lorenzo Cain started in center and Avisail Garcia in right.

Bradley appeared as a pinch hitter in the sixth inning but will likely get his first start Saturday.

“Between Lorenzo, Avi and Jackie, they’re each going to play two of the games,” Counsell said.

Garcia has four multi-hit games in seven career Opening Day contests. He came into the game batting .304 (7-for-23) on Opening Day. ... Thursday’s game marked the third time in franchise history that the Brewers opened the season with a walk-off victory. ... The Brewers improved to 28-24-1 all-time on Opening Day and 12-11-1 since moving to the National League for the 1998 season.

A crowd of 11,740 at American Family Field watched the Brewers earn a walk-off victory on Opening Day for the third time in franchise history.