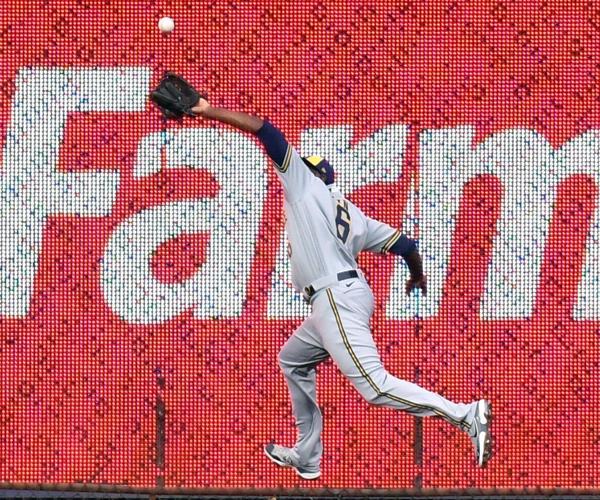 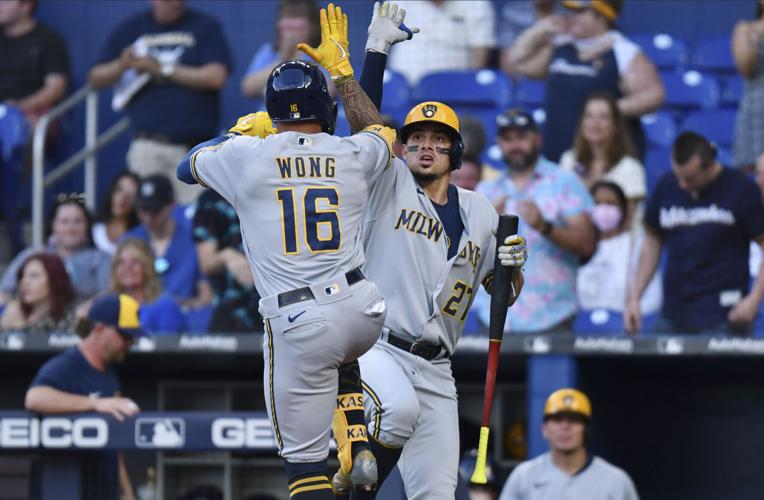 MIAMI — Jace Peterson walked against Anthony Bender with the bases loaded in the ninth inning and the Milwaukee Brewers beat the Miami Marlins 2-1 Friday night.

Bender relieved and struck out Hunter Renfroe before walking Peterson on four pitches.

“I know he has a heavy sinker, so I was looking for something kind of up,” Peterson said. “Really a good job by the guys in front of me before he came in. We had some really good at-bats.”

Devin Williams (2-0) pitched a perfect eighth and Josh Hader closed with a perfect ninth for his 13th save.

López struck out a career-high 11 and limited Milwaukee to one run and three hits in his seven-inning outing. López retired 15 straight until Renfroe’s two-out single in the seventh.

Burnes was just as dominant for the Brewers. The NL Cy Young Award winner allowed one run, five hits and struck out seven in seven innings.

“Tonight I say it’s the worst we’ve had all year as far as execution goes, stuff wise,” Burnes said. “If I didn’t have the curveball tonight, I probably would have been out three or four innings. I had to grind through it. I had to find ways to get outs tonight.”

López relished the matchup with Burnes.

“It’s one of those things where we knew we were facing the guy that won the Cy Young last year,” López said. “We all know who he is. We all know how he pitches, how he competes.”

“Guys like (Burnes) are tough to square up,” Miami manager Don Mattingly said. “He has a variety of pitches. He throws the ball where he wants for the most part. He doesn’t give in.”

The Brewers struck quickly on Kolten Wong’s leadoff shot in the first. Wong drove López’s cutter into the Brewers’ bullpen in right field for his second homer.

Miami tied it in the third on Jesús Aguilar’s solo blast, which landed behind the left-center field wall.

The Marlins are commemorating the 25th anniversary of their 1997 World Series championship team during the three-game series against Milwaukee. Fourteen members of the club, including manager Jim Leyland, will participate in the weekend festivities. Brewers manager Craig Counsell, who as a 22-year-old Marlins rookie infielder scored the winning run in Game 7, also will reunite with his former teammates and Leyland.

“I’m excited to see the players, a lot of people that I haven’t seen in a while,” Counsell said. “Talking about that stuff never gets old. It was one of those fun times in your life, winning the World Series. Hope to share some stories with them. You always want to relive that stuff.”

The retractable roof at loanDepot Park opened for the first time this season. Marlins home games rarely feature the open roof because of South Florida’s increased rain threat during the late spring and summer. Rain probability at first pitch was 20%, according to Accuweather.

Photos: Take a look back at Ryan Braun's storied career with the Milwaukee Brewers

Ryan Braun had many memorable moments during his 14-year run with the Milwaukee Brewers. From the eager anticipation of a rookie at spring tra… 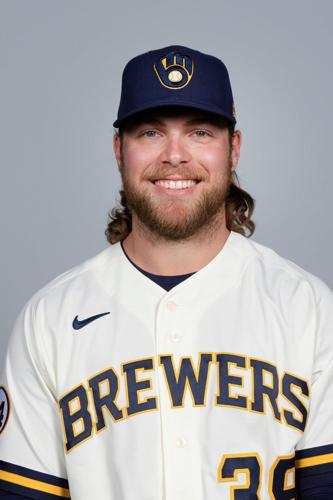