A team-by-team look at the National League Central entering spring training, including key players each club acquired and lost, and dates of the first workout for pitchers and catchers, and the full squad:

Going campin’: The Cardinals return largely intact after getting swept in the NLCS by World Series champion Washington. The biggest competition throughout the spring will be in the outfield, where only Dexter Fowler has a position locked up — mostly because of his contract. Center fielder Harrison Bader probably has another spot under control, and that leaves Tyler O’Neill, Lane Thomas and top prospect Dylan Carlson competing for the last job. In the rotation, Kim is the front-runner to join Jack Flaherty, Dakota Hudson, Miles Mikolas and Adam Wainwright. St. Louis won’t get reliever Jordan Hicks back from Tommy John surgery until midseason, so look for Carlos Martinez to handle the closing duties after doing an effective job down the stretch last season.

Going campin’: The new-look Brewers might need some name tags for the first few days of spring training. The roster has a much different feel after Milwaukee dropped a dramatic wild-card game at Washington in its second consecutive playoff appearance. García signed a $20 million, two-year contract in December after he batted .282 with a career-high 20 homers for Tampa Bay last season. His addition means Ryan Braun could see more time at first base. Narváez takes over behind the plate after Grandal signed with the White Sox. Narváez set career highs with 22 homers, 55 RBIs and a .278 batting average in his only season with Seattle. Anderson, Lindblom and Lauer are expected to help fill out the rotation behind Brandon Woodruff, who went 11-3 with a 3.62 ERA last year and made the All-Star team for the first time. While the departure of Moustakas, who stayed in the NL Central when he signed with Cincinnati as a free agent, leaves a big hole at third base, Christian Yelich is back after he missed the end of last season with a fractured right kneecap. The All-Star outfielder batted .329 with 44 homers, 97 RBIs and 30 stolen bases after winning the NL MVP award in 2018.

Going campin’: The Cubs missed the playoffs last season for the first time since 2014. They replaced Maddon with Ross, the popular backup catcher for the 2016 World Series champions, hoping a different voice can spark a team that has declined the past three years. But when it comes to the roster, there have been no major additions. The big question is how much longer Kris Bryant will remain with the team. The 2016 NL MVP is a potential trade candidate because he’s due to hit the free-agent market in two years and the Cubs risk losing him for basically nothing in return. Bryant’s service-time grievance hovered over the Cubs’ quiet offseason and complicated any potential deals. But they got some clarity last week when an arbitrator ruled in their favor. The decision means Bryant will remain under club control for two more years rather than become a free agent after the 2020 season. Bryant, catcher Willson Contreras, first baseman Anthony Rizzo and shortstop Javier Báez all could become free agents in the next few years if they don’t agree to contract extensions.

Going campin’: The Reds are seen as a contender again after one of the busiest — and most expensive — offseasons in the majors. They spent more than $160 million on four high-profile free agents, giving out the two biggest free-agent contracts in club history in an attempt to break their streak of six losing seasons. Cincinnati tried to do it by relying on young players during a major rebuild, but did an about-face and went after veteran talent in the offseason. Moustakas ($64 million, four years), Castellanos ($64 million, four years with opt-outs) and Akiyama ($21 million, three years) will significantly upgrade an offense that was near the bottom of the National League in runs. Miley ($15 million, two years) provides a left-hander for an already solid rotation. The Reds think their lineup is balanced and deep enough to compete in the NL Central, where there is no dominant team. Bell’s biggest challenge in spring training will be deciding how all the pieces fit. The Reds have a crowded outfield with center fielder Nick Senzel returning from shoulder surgery and Aristides Aquino, Jesse Winker and Phillip Ervin also back. The team had a temporary setback when third baseman Eugenio Suarez needed surgery on his throwing shoulder Jan. 29. He’ll be limited in spring training but is expected to be ready to play around the start of the season.

Going campin’: The Pirates underwent a massive leadership overhaul after sinking to the bottom of the NL Central. The architects of the club’s renaissance in the middle of the last decade — manager Clint Hurdle, general manager Neal Huntington and president Frank Coonelly — were all fired following a 25-48 second half that featured a series of embarrassing off-the-field incidents, including the arrest of All-Star closer Felipe Vazquez on felony charges stemming from an improper sexual relationship with a minor. New general manager Ben Cherington has stressed the need to bring in more talent, though the Pirates were largely bystanders during the offseason, their most notable move sending center fielder Starling Marte to Arizona for two 19-year-old prospects. Additions at the major league level were few. Marte’s departure leaves an outfield spot open as Pittsburgh figures out who will join Bryan Reynolds and Gregory Polanco. Reynolds, who finished fourth in NL Rookie of the Year balloting after hitting .314, could play center or left. Polanco’s surgically repaired left shoulder finally appears to be ready to let him return to right field after a start/stop 2019. The catcher’s spot is wide open. Jacob Stallings has proven solid defensively and an astute game caller, but his limited offensive production means Maile, Murphy and Susac should all get long looks during the spring. The starting rotation needs depth with ace Jameson Taillon out for the year while recovering from a second Tommy John surgery. The Pirates took a flyer by inviting Holland to camp. He will attempt to beat out Mitch Keller for the fifth spot. The highly touted Keller struggled in his rookie season, going 1-5 with a 7.13 ERA. Though Vazquez is out, Keone Kela gives Pittsburgh a proven option at closer. Third base prospect Ke’Bryan Hayes will get a chance to push Colin Moran. The only truly set piece in the lineup is at first base, where Josh Bell is coming off his first All-Star appearance.

Commentary: Baseball's steroid era was bad, but the Astros cheat was organized crime

PHOENIX — Corbin Burnes is rebuilding, just like the Milwaukee Brewers were a few years ago,

The Milwaukee Brewers have a lot of work to do in spring training.

OK, Milwaukee Brewers fans, repeat after me: In Stearns we trust.

Paul Sullivan: The Manfred Playoff Plan is ridiculous. But that won't stop MLB from implementing it.

MESA, Ariz. - In his never-ending attempt to make baseball unrecognizable to its core fans, MLB Commissioner Rob Manfred reportedly is planning to expand the playoffs from 10 teams to 14 and let some of them choose their first-round opponents. The obvious goal is to create more late-season interest in playoff races, generate more revenue from networks televising postseason games and show the ...

With so many products on the market, are baseball cards headed for another collapse?

ARLINGTON, Texas - A trip to the local baseball-card store can make a novice collector's head spin. Topps, and its various brands, continue to top the market, but Irving-based Panini, with the rekindled Donruss brand in its stable, has added variety to the market. Upper Deck is still hanging around, though not in baseball. The other three major sports are well represented in the hobby, too. ...

DAYTONA BEACH, Fla. (AP) — Stroll through the Daytona infield and fans can grab a seat next to President Donald Trump and get a sweet taste of impeachment.

Why do Chiefs believe they will win Super Bowl? Easy: fate

MIAMI (AP) — The Kansas City Chiefs have perhaps the best quarterback in the NFL in Patrick Mahomes, the fastest wide receiver in Tyreek Hill, one of the premier tight ends in Travis Kelce and one of the elite coaches in Andy Reid.

Bill Plaschke: Rob Manfred's inaction is as damaging to baseball as the Astros' cheating

LOS ANGELES - Listening to the Houston Astros attempt to show remorse for the sign-stealing scandal Thursday was like listening to a guy apologizing for stealing that shiny Cadillac still sitting in his driveway. It's now his car, so why should he be sorry? Nobody is making him give it back, so why should he have any regrets? The authorities have shown no real compassion for the victims of the ... 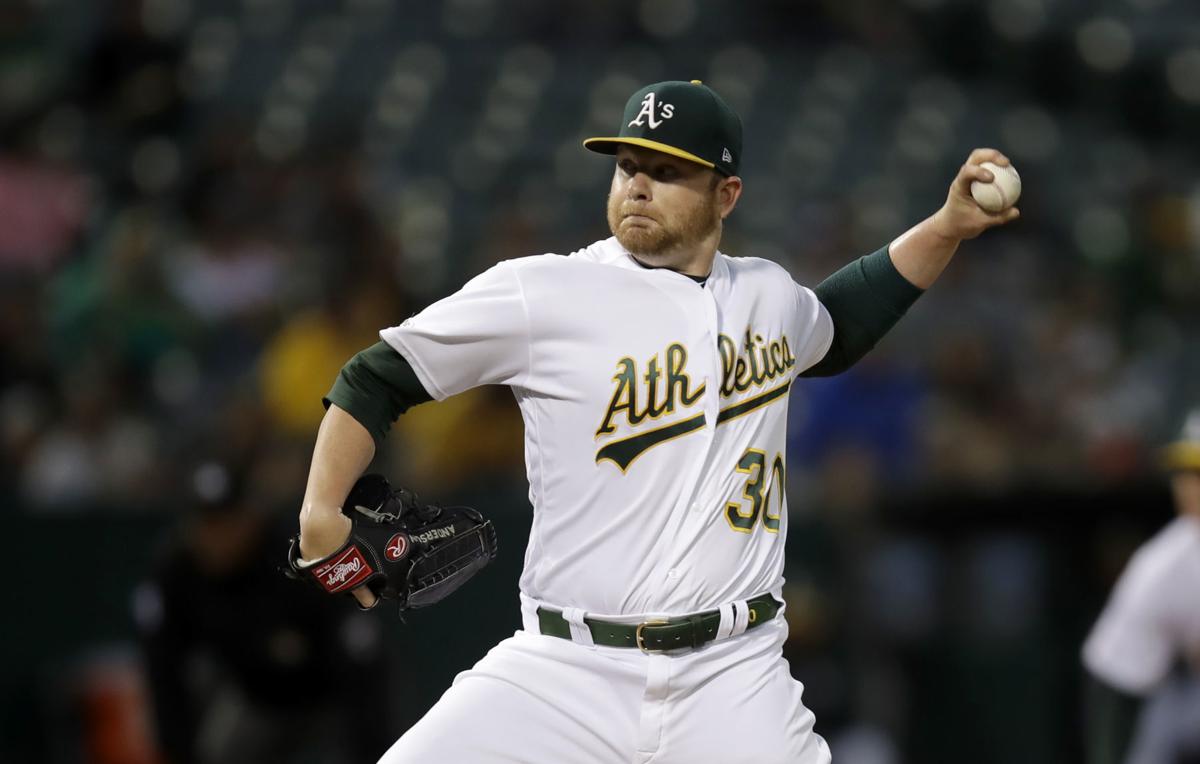 Brett Anderson, then with the Oakland Athletics, works against the Kansas City Royals last Sept. 17 in Oakland, Calif. The left-hander agreed to a $5 million, one-year contract with the Milwaukee Brewers during the offseason. 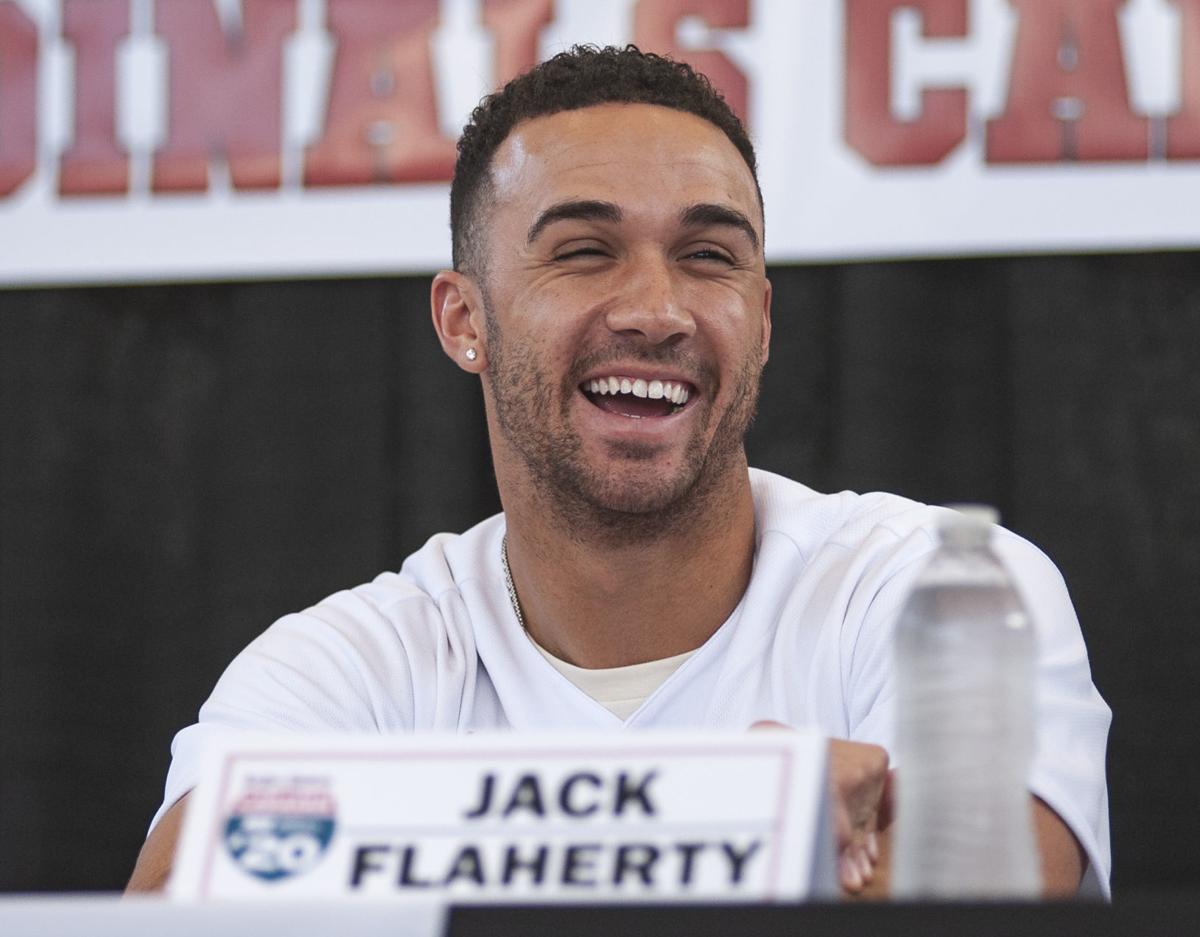 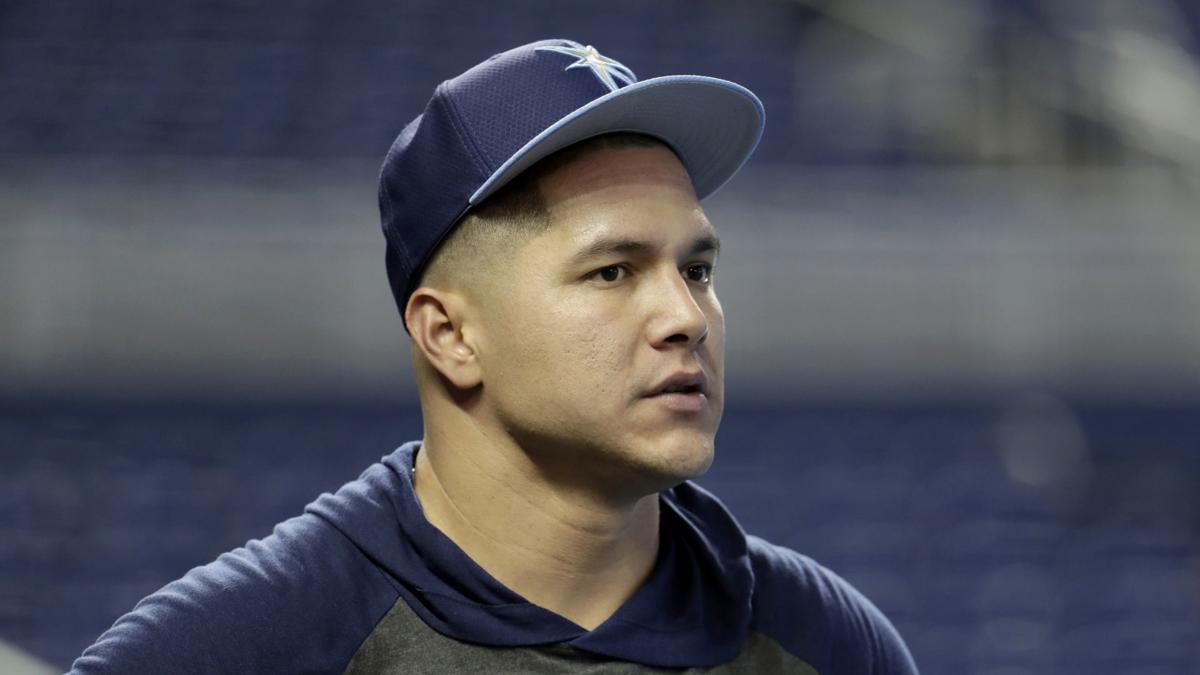 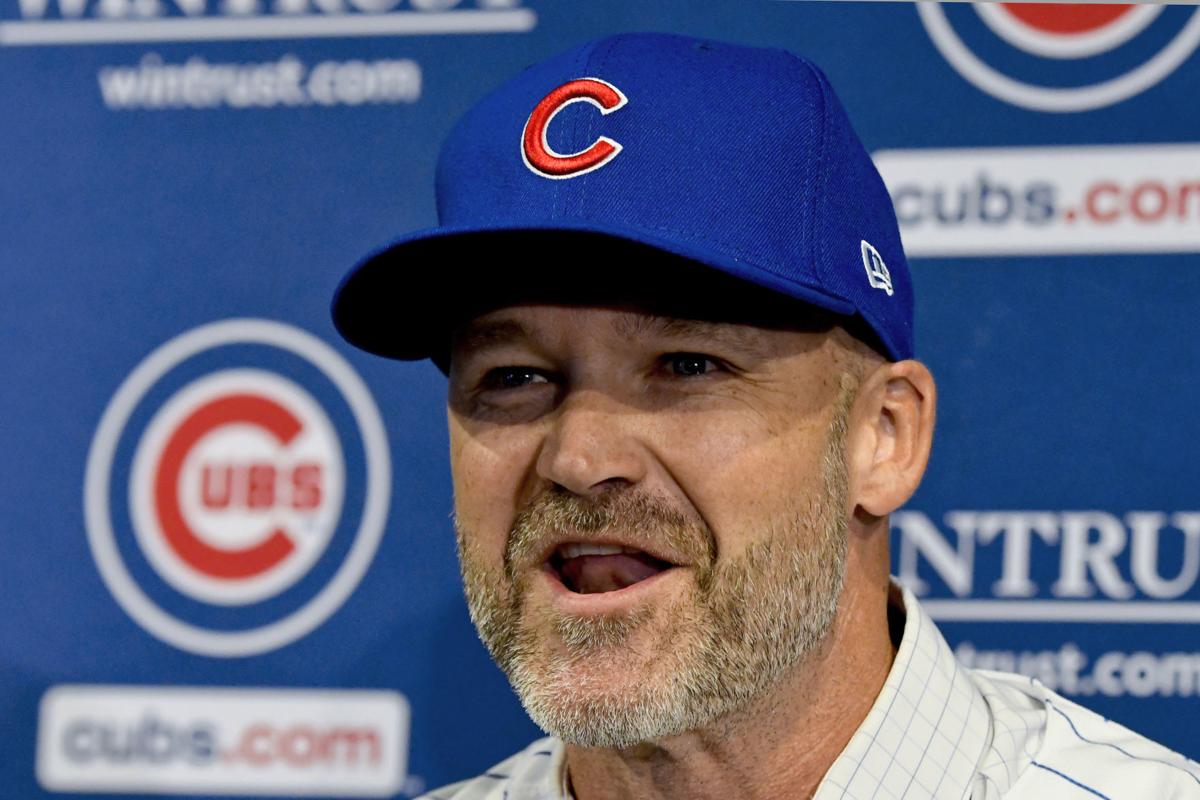 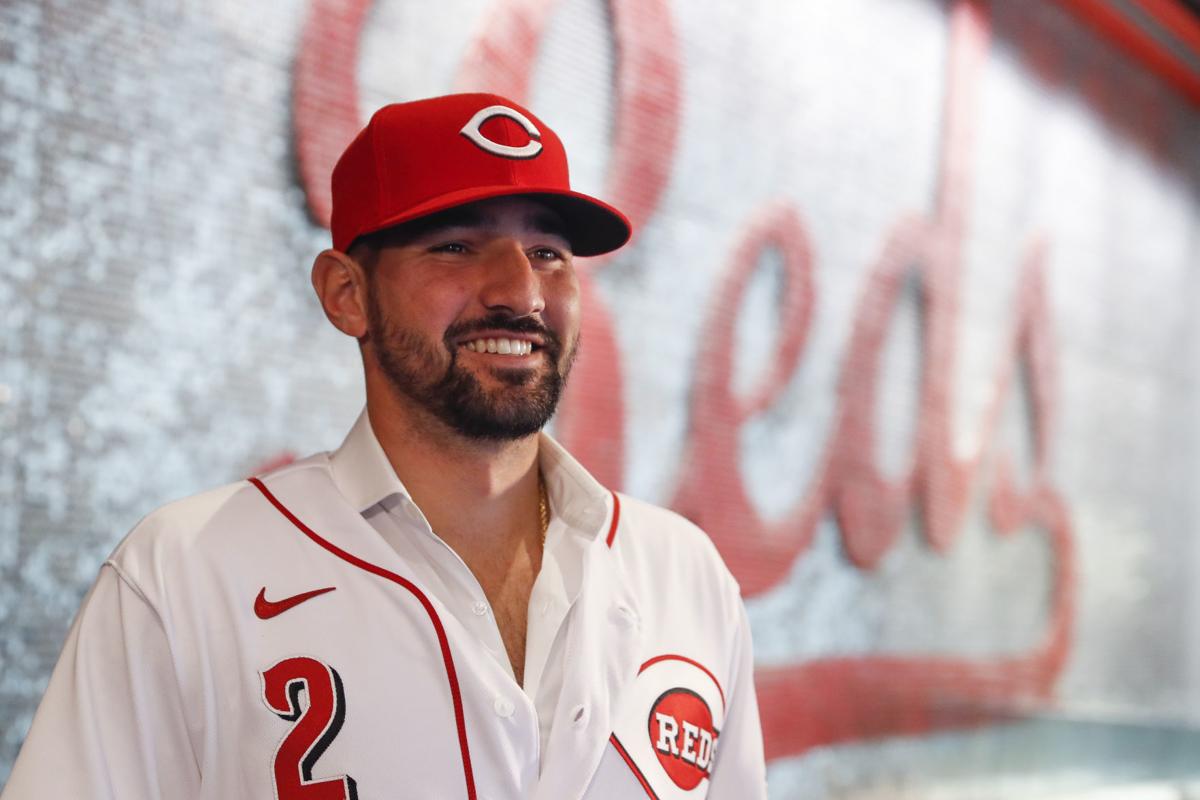 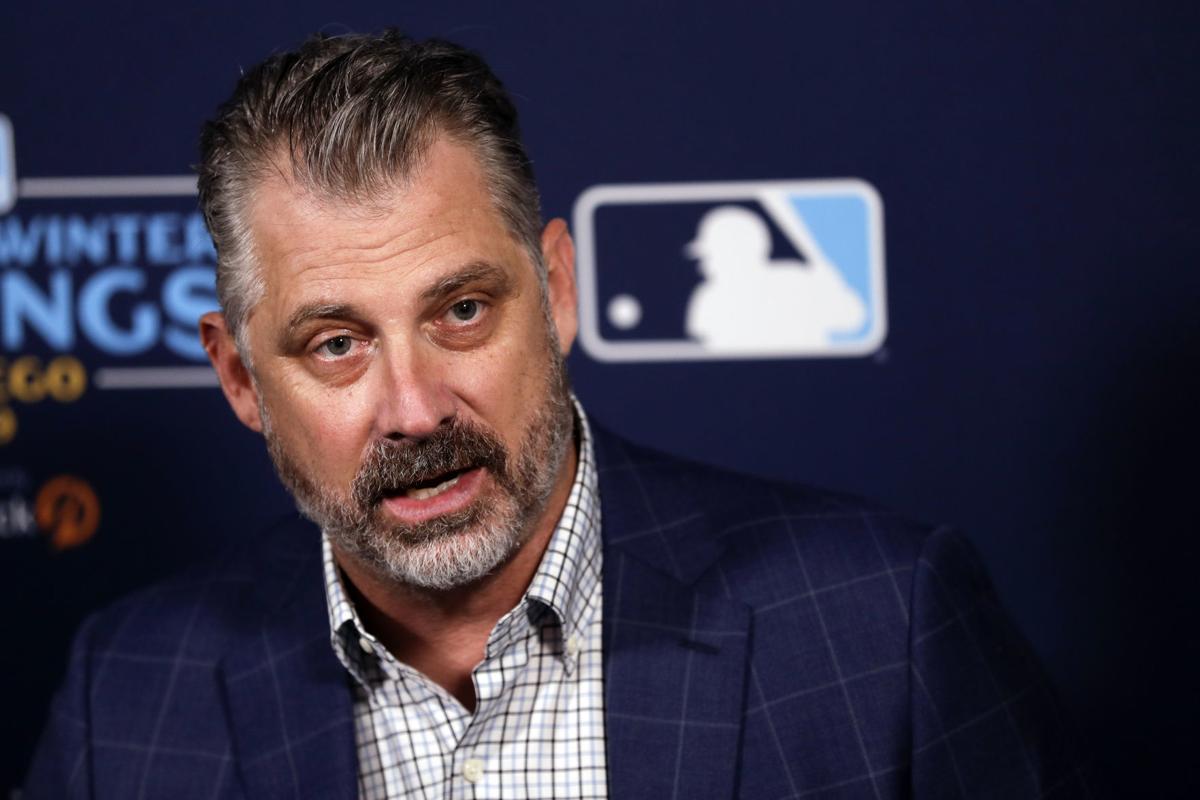