MIAMI — Ryan Braun honored injured teammate Christian Yelich the past two days by wearing his No. 22 jersey underneath his own.

Braun then put on a Yelich-like performance Thursday, hitting a two-run homer that helped the Milwaukee Brewers beat the Miami Marlins 3-2 to complete a four-game sweep that extended their winning streak to seven.

“I threw up the double deuces for him,” Braun said of his message to Yelich as he crossed home plate. “He texted me, “It’s about time you hit a homer.’ Forty-fifth homer hit in this jersey this year.”

Milwaukee, which matched its longest winning streak this season, began the day tied for the second NL wild card with the Chicago Cubs.

“What’s within our picture is keep playing well,” Brewers manager Craig Counsell said. “The other stuff doesn’t matter right now. Keep playing like the past week we’re going to put ourselves in a good spot.”

Yelich broke his right kneecap on a foul ball Tuesday night and is out for the season.

Braun, bothered by a bad back for much of the season, broke a 1-all tie in the third with a two-run homer off Caleb Smith (8-10).

It was Braun’s 19th home run this season and the first of his career at Marlins Park.

“I didn’t know that, but they are all big at this time of year,” Braun said. “The team is playing so well. So many guys contributing.”

González allowed two runs and seven hits in four innings. He is 0-2 in 12 starts since beating Philadelphia on May 15.

Freddy Peralta (6-3) struck out three in two innings, and Josh Hader fanned two batters for his 31st save in 37 chances.

“I thought I got better as the game went on,” Smith said. “I’ve just got to be better early.”

Mike Moustakas’ sacrifice fly in the first was offset by Miguel Rojas’ RBI single in the bottom half.

The Brewers’ blueprint for bullpen use played out perfectly. Counsell didn’t need to call for a reliever in the middle of an inning. Ray Black, Drew Pomeranz, Peralta and Hader started and finished their innings. The relievers fanned 10.

“They all did an outstanding job,” Counsell said. “If we can get them the right rest, we can get swing and miss stuff from them. Great day for the ‘pen.”

Gonzalez got his first hit of the season and scored ahead of Braun’s homer. The Marlins unsuccessfully appealed that the Brewers pitcher failed to touch second base on Braun’s home run trot.

“I know I haven’t been on the bases but I’m 100 percent sure I touched that bag,” Gonzalez said. “It was a backhanded slap is how I felt. But it’s OK. I can smile about it.”

Brewers general manager David Stearns says Yelich’s recovery is expected to take eight to 10 weeks. Yelich was back in Milwaukee for tests on Wednesday, a day after the reigning NL MVP fouled a ball off his leg during a game in Miami.

“At this point we have good news on Christian based on the MRIs and additional imagining he took yesterday,” Stearns said Thursday. “It looks like Christian will be able to avoid surgery. If that is the case, the time for return will be eight to 10 weeks.”

Stearns added the team is hopeful there are no long-term effects from the injury.

“As is normal procedure in the case with injuries of this magnitude, we’ll have a second opinion,” he said. “We’ll probably get that done over the weekend or next week. We’ll go from there, but at this point it looks like we dodged a little bit of a bullet.”

Yelich hit .329 with 44 home runs and 97 RBIs along with 30 stolen bases. He was leading the majors in slugging percentage and OPS when he was hurt.

“Frustrating way for a season to end but these things happen in sports,” Yelich tweeted. “I will be just fine and am looking forward to making a full recovery and supporting the boys the rest of the season.”

ESPN's Mendoza: Fiers should have gone to MLB, not reporter

ESPN analyst Jessica Mendoza says pitcher Mike Fiers should have gone to Major League Baseball before he told a journalist about his allegation the Houston Astros had been using a camera to steal signs.

Paul Sullivan: 12 changes the Cubs should make for the 2020 season

CHICAGO - With one month to go before pitchers and catchers report to spring training and no real movement this offseason, the Cubs have a lot of questions to answer at this weekend's annual fan convention, the unofficial kick-off to the new season. And since a new year provides everyone with a chance to make some changes, here are 12 resolutions we'd like to see the Cubs make in 2020: 1. Stop ...

David Haugh: Once the Kris Bryant grievance is resolved, Cubs will make their moves

CHICAGO - It seems inconceivable that a grievance over a 2015 dispute remains unresolved but here are the Cubs and Kris Bryant, nearly five years later, waiting and wondering. Talk about the need for increased pace of play. The Bryant service time issue drags on, leaving the Cubs in limbo as they await an outcome that will inform their short- and long-term future. This was supposed to be the ... 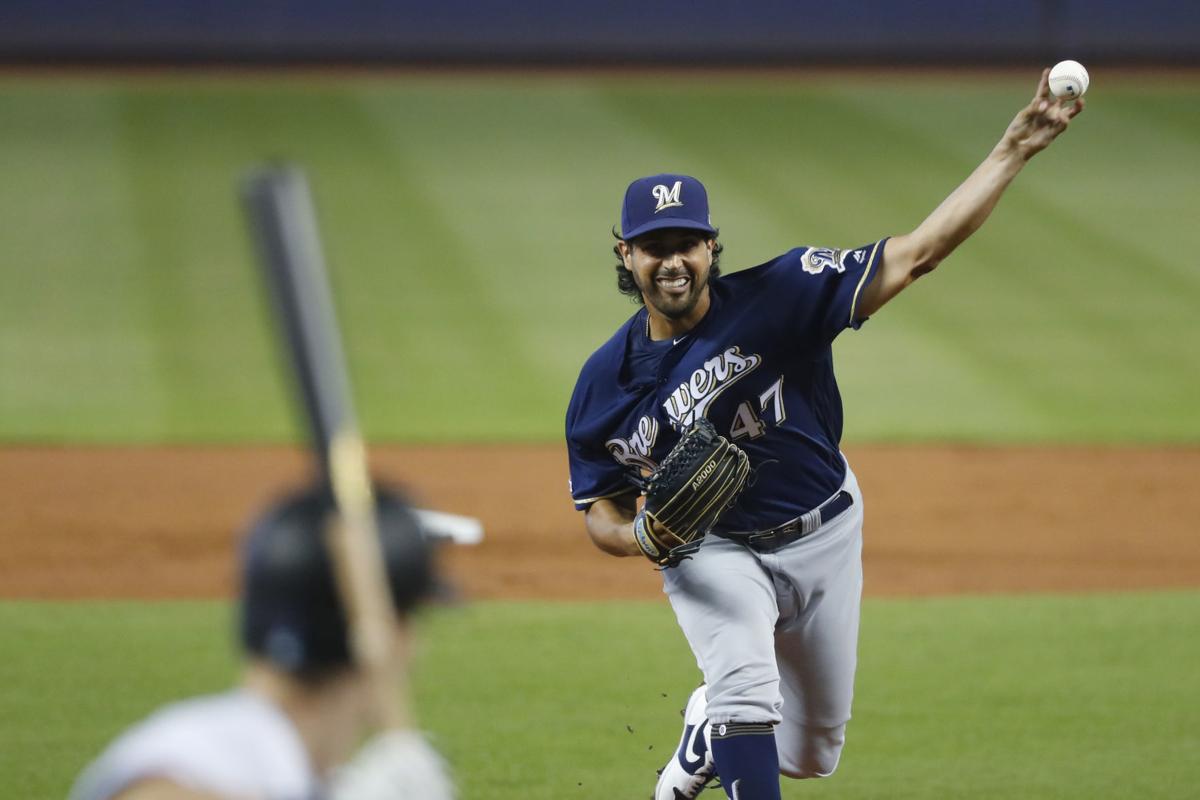 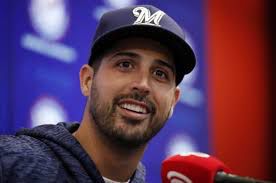 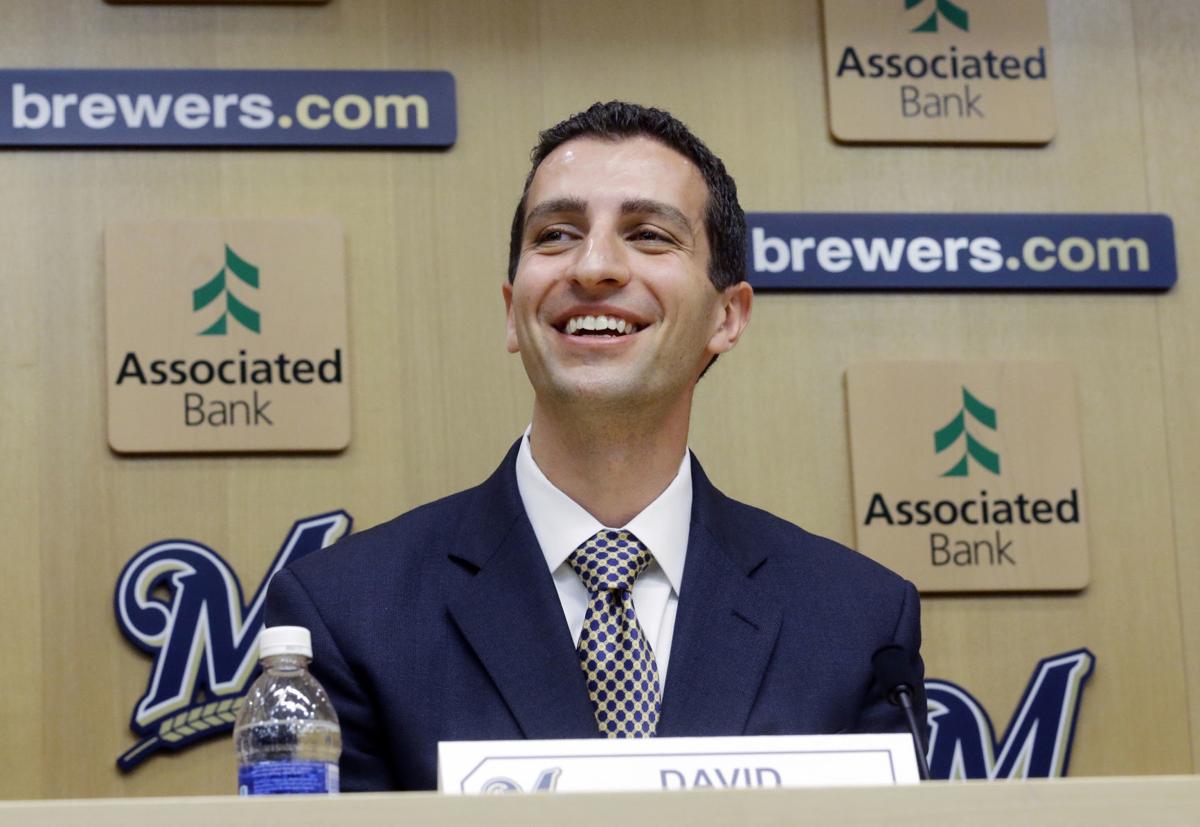