GREEN BAY — Mark Murphy may have been simply acknowledging the obvious.

Even so, the Green Bay Packers team president/CEO opted to state for the record on Saturday that the organization’s disconnect with three-time NFL MVP quarterback Aaron Rodgers “has divided our fan base.”

Writing in his monthly column for the Packers’ team website, Murphy responded to a submitted fan question — one that did not actually mention Rodgers but told Murphy he was doing a “great job” and that he shouldn’t “let the bastards drag you down” — by reiterating that the club is still trying to work through the situation with Rodgers. Rodgers is unhappy with the team’s front office and has yet to take part in the team’s offseason program — something he had never missed before this season, despite it being technically voluntary. He is not expected to attend this week’s mandatory minicamp, either, and whether he’ll report to training camp on July 27 is also uncertain.

Without Rodgers, 2020 first-round draft pick Jordan Love has been running the No. 1 offense during organized team activity practices.

In the same response in which he wrote, “We are working to resolve the situation and realize that the less both sides say publicly, the better,” Murphy wrote, “The situation we face with Aaron Rodgers has divided our fan base.”

Murphy wrote that “the emails and letters that I’ve received reflect” the team-vs.-Rodgers reaction of fans, and he reiterated that the Packers “remain committed to resolving things with Aaron and want him to be our quarterback in 2021 and beyond.” Once again, Murphy did not specify what he or the club considers to be “and beyond.”

Rodgers’ displeasure with the organization and the possibility that he might never play for the team again spilled into the public eye on April 29, the first day of the NFL Draft. Rodgers himself hadn’t spoken publicly about the situation until appearing on ESPN’s SportsCenter on May 24.

In an interview with longtime anchor Kenny Mayne, who was hosting his final telecast, Rodgers didn’t directly address his future or his frustrations beyond delivering clear criticism for the culture at 1265 Lombardi Avenue.

“I think sometimes people forget what really makes an organization. History is important — (the) legacy of so many people who’ve come before you. But the people, that’s the most important thing,” Rodgers told Mayne during the one serious answer he delivered during the back-and-forth between the two longtime friends. “People make an organization; people make a business. And sometimes, that gets forgotten.

When Mayne tried to ask Rodgers if he was demanding a trade, Rodgers ignored the interruption and continued.

“With my situation, look, it’s never been about the draft pick, picking Jordan,” Rodgers said. “I love Jordan; he’s a great kid. (We’ve had) a lot of fun to work together. (I) love the coaching staff, love my teammates, love the fan base in Green Bay. (It’s been) an incredible 16 years.

“It’s just kind of about a philosophy and maybe forgetting that it is about the people that make the thing go. It’s about character, it’s about culture, it’s about doing things the right way. A lot of this was put in motion last year and the wrench was just kind of thrown into it when I won MVP and played the way I played last year. This (situation) is just kind of, I think, a spill-out of all that.

“But it is about the people, and that’s the most important thing. Green Bay has always been about the people — from Curly Lambeau being owner and founder; to the ‘60s with (Vince) Lombardi and Bart Starr and all those incredible names; to the ‘90s teams with coach (Mike) Holmgren and ‘Favrey’ (Brett Favre) and the Minister of Defense (Reggie White); to the run that we’ve been on. It’s about the people.”

While Rodgers’ omission of the front office while listing off the various people and aspects of the organization that he loves was a not-so-subtle statement on where his displeasure is directed, Murphy made it very clear in a reply to another fan’s submission that general manager Brian Gutekunst isn’t going anywhere.

“I must tell you that I have tremendous confidence in Brian Gutekunst,” Murphy replied to a fan who called Gutekunst a “jerk” and demanded that he acquire Atlanta Falcons wide receiver Julio Jones, a five-time All-Pro who is on the trade block. “In his relatively short tenure as our GM, he has completely turned around the fortunes of our team. He has put together a talented team (last year we had the most players voted to the Pro Bowl) that has a 28-8 record over the last two years, after consecutive losing seasons in 2017 and 2018, and has played in back-to-back NFC Championship games. Moreover, he has a great working relationship with head coach Matt LaFleur.”

What that 28-8 record with someone other than Rodgers at quarterback is open to question, and four of those seven Pro Bowl selections — Rodgers, wide receiver Davante Adams, left tackle David Bakhtiari and running back Aaron Jones — were acquired by Gutekunst’s predecessor, Ted Thompson.

The 2017 team also finished 7-9 after starting 4-1 before Rodgers suffered a broken right collarbone early in a Week 6 loss at Minnesota. The Packers went 3-7 in the games Rodgers didn’t play or could not finish after that.

Gutekunst was then promoted to replace Thompson after the 2017 season, with Thompson revealing several months later that he was suffering from an autonomic disorder.

Thompson, who selected Rodgers with his first pick as GM during the 2005 NFL Draft, died in January at age 68.

“I hugged him, and I told him I loved him,” Rodgers said in January of the last time he saw Thompson. “I wasn’t sure either time that I saw him last year if it was going to be the last time that I saw him. So, I wanted to make sure I got a chance to tell him how much I appreciated him. I really wanted to let him know how much I appreciated him and how thankful I was for him taking me, and believing in me, and giving me an opportunity.”

CALEDONIA — As Wednesday’s scheduled public information meeting about the possibility of a youth detention facility in Caledonia approaches, l…

No injuries, but $60,000 in estimated damage after Yout Street fire

RACINE — There is an estimated $60,000 in damage, but no injuries, after a residential fire on Yout Street on Saturday morning, the Racine Fir… 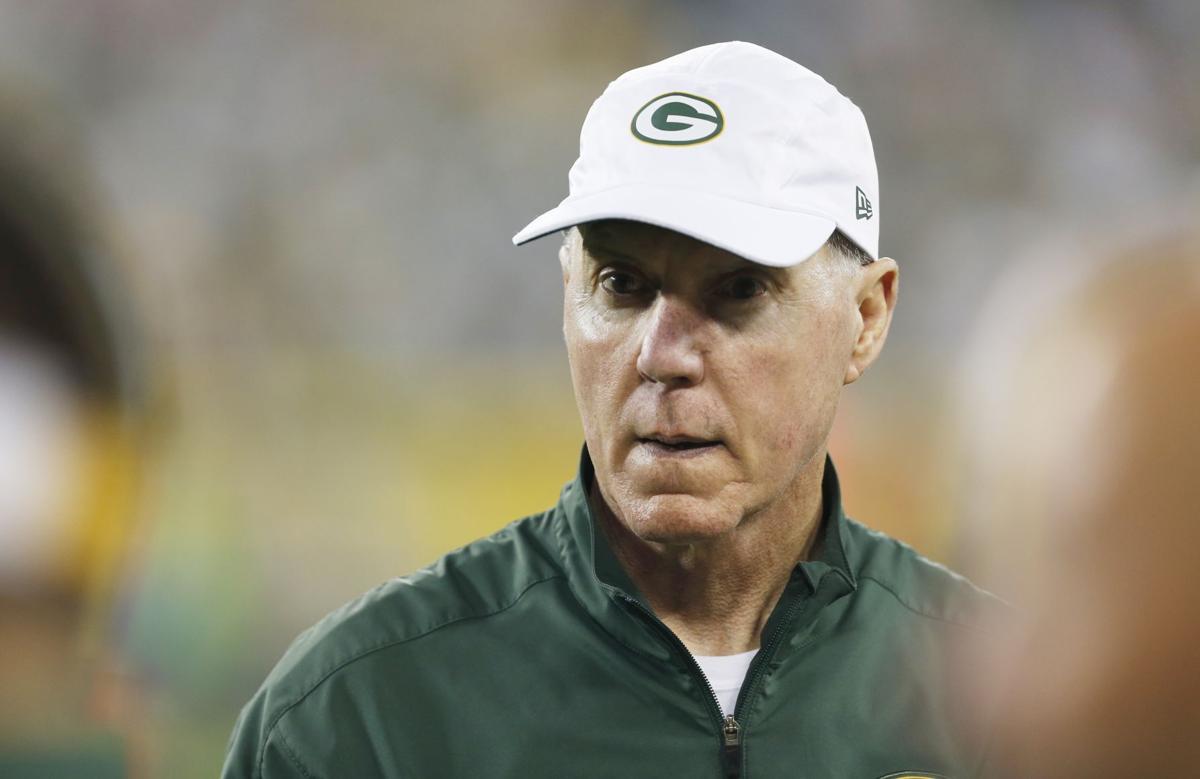 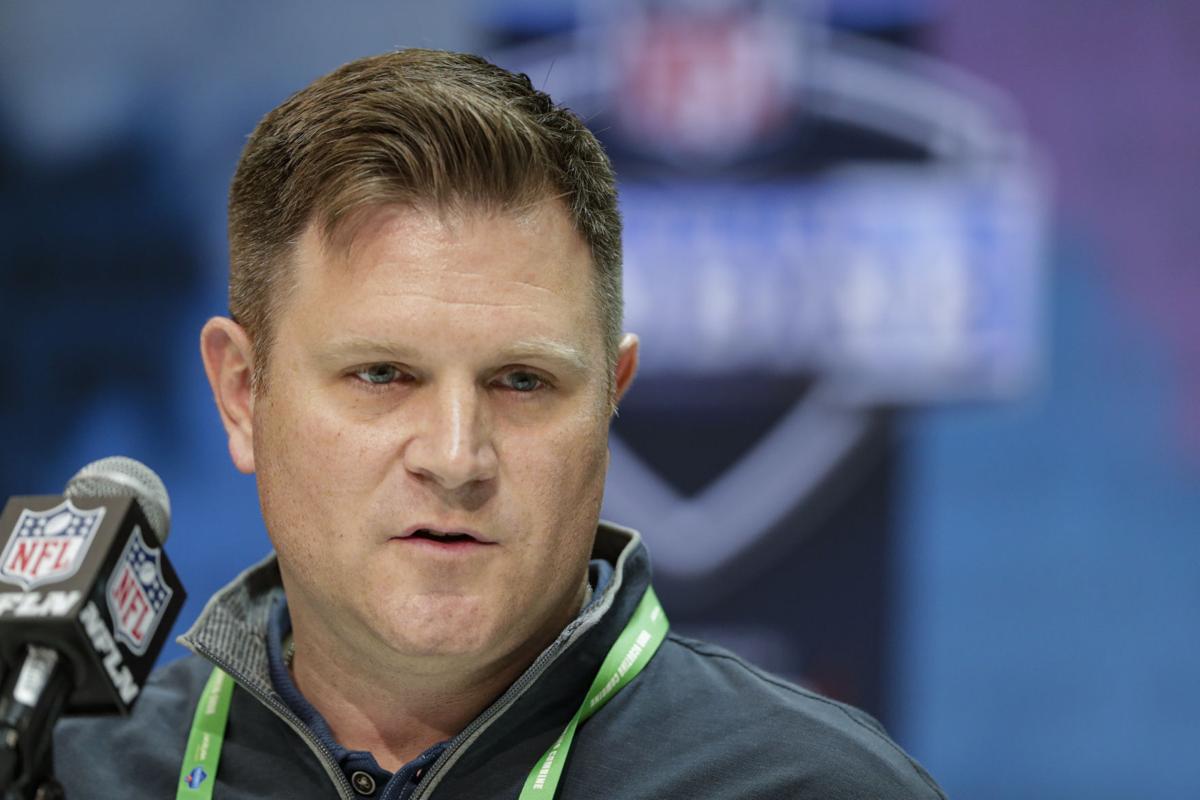