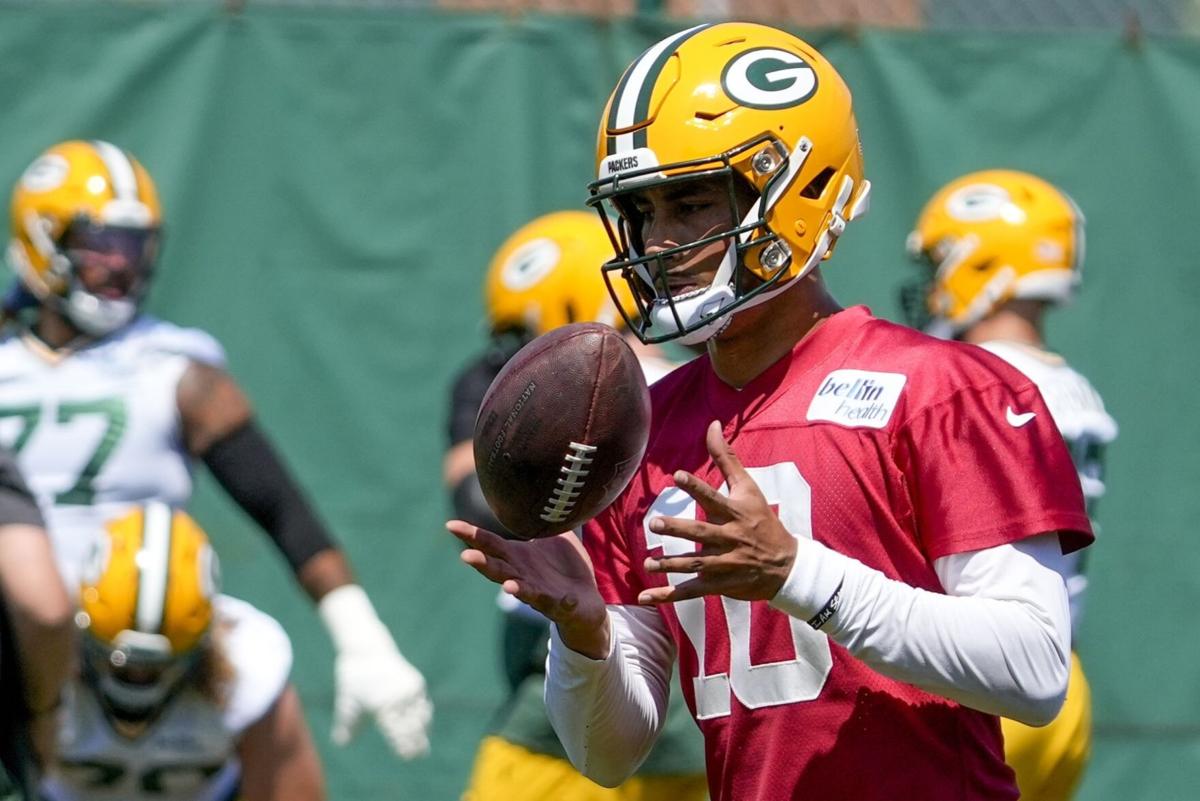 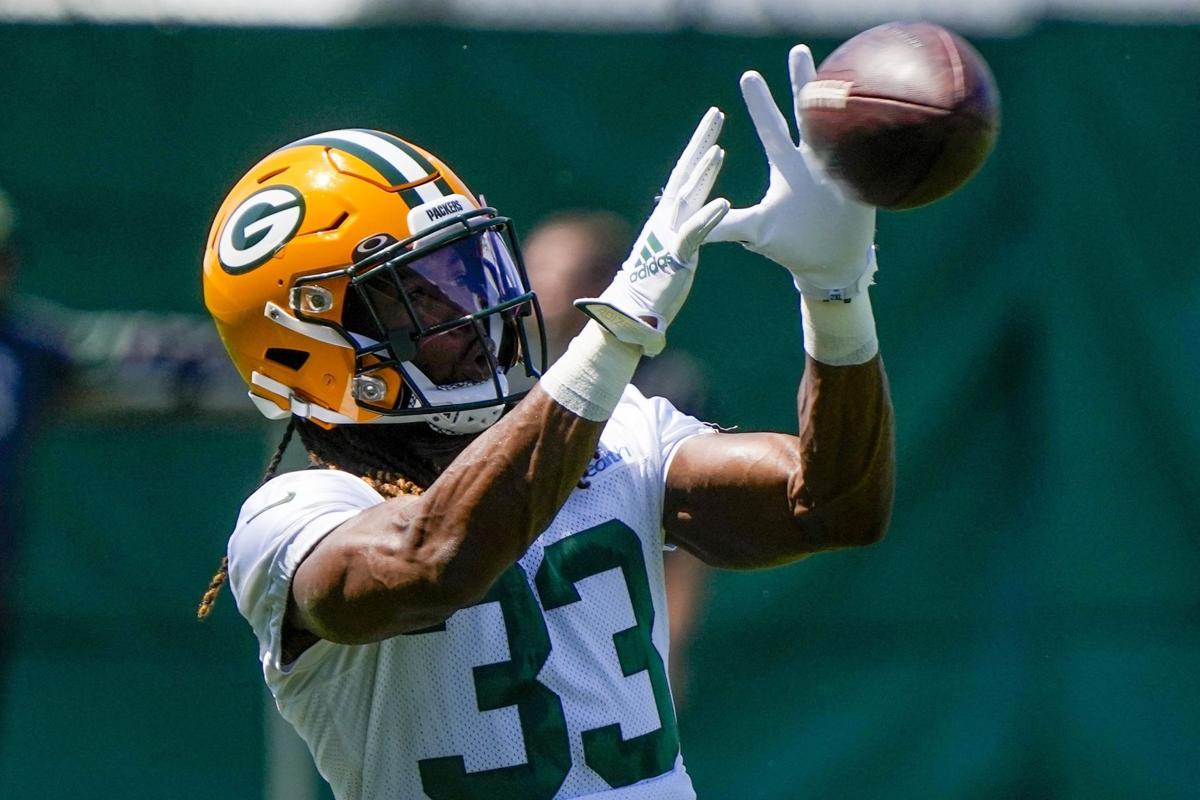 GREEN BAY — Matt LaFleur has ridden this roller-coaster before.

No, not the will-he-or-won’t-he imbroglio the Green Bay Packers are navigating with their future Pro Football Hall of Fame quarterback, Aaron Rodgers, and whether the three-time NFL MVP will return to the fold sooner, later or not at all. That is completely uncharted territory for LaFleur, the team’s third-year head coach.

But the peaks-and-valleys journey of a young quarterback developing under heavy scrutiny — the scenario currently unfolding with 2020 first-round draft pick Jordan Love, who is running the first-team offense with Rodgers staying away from the team’s mandatory three-day minicamp this week — is extremely familiar terrain for LaFleur.

As the quarterbacks coach in Washington in 2012, he had two rookie QBs in No. 2 overall pick Robert Griffin III and fourth-round pick Kirk Cousins. And in 2017, as the Los Angeles Rams offensive coordinator, he worked with Jared Goff, who’d been the No. 1 overall pick a year earlier.

Which perhaps is why, just as LaFleur didn’t blow a gasket after Love’s erratic and inaccurate showing during Tuesday’s minicamp practice, the even-keeled head coach wasn’t so overjoyed with Love’s impressive showing during Wednesday’s practice that he entered the Zoom video frame doing a Simone Biles tumbling pass into the camera’s view, either.

“There are some ups and downs. No doubt about it,” LaFleur said after Love’s fantastic performance at Clarke Hinkle Field. “And every day is a new learning experience.

“When you have limited reps and you weren’t getting the bulk of the reps all throughout the course of the season — and this is never an excuse, it’s just reality, (and) there was no preseason — there’s just a ton of learning that’s going on.

“It’s great to see when he does have success, because that will build the confidence, and that’s really what we’re looking for. But also, it’s everybody else around him, too. When they’re playing at a high level, it makes that guys’ job a lot easier.”

How much of Love’s stellar practice was his doing, and how much of it was players around him making his job easier — a theme LaFleur touched on repeatedly during his post-practice session with reporters — only the coaches who watched the film Wednesday afternoon can say for certain.

But in real time, Love was undeniably impressive in the same 11-on-11 periods where he’d struggled 24 hours earlier. Once again getting virtually all the quarterback snaps during three team periods — a scripted third-down period, a move-the-ball period and a competitive 2-minute drill — Love made pinpoint throws against the Packers defense, including several downfield throws that he hadn’t made in previous practices.

Unofficially, he completed 20 of the 31 throws he attempted, including a gorgeous sideline rainbow to running back AJ Dillon on a wheel route that went for a roughly 30-yard gain; a deep free-play strike to wide receiver Allen Lazard for about 45 yards; another 30ish-yard strike to wide open wide receiver Juwann Winfree on a corner route; and a fantastic downfield dart to running back Aaron Jones for another big gain.

After that last throw to Jones, tight ends coach Justin Outten took the play-by-play script and started waving it at Love, as if he was trying to cool the kid off amid the 90-degree temperatures and his on-fire right arm.

“When you have a little success early and your confidence starts to grow, then you’re able to go out there and execute at a higher level,” LaFleur said. Then, more cautiously, he added, “We’ll go back and take a look at the tape, but I also think (that) too many times, that position in particular gets too much credit and too much blame. We really need the other 10 guys around him to play at a high level to allow him to go out and play at a high level. By and large, without watching the tape, it just seemed that there was better execution from everybody out there on the offensive side of the ball.

“As a quarterback, at any position, you’ve got to quickly hit that reset button. Certainly, you want to have success, because again, your confidence grows and it gives you more confidence to go out there and be consistent and make those plays. And I think he’s done a nice job responding on a daily basis.”

For his part, while Love was clearly excited during practice — especially when one of the linemen picked him up in a bear hug after one of his big plays — and smiled broadly after capping the 2-minute drill with an 8-yard back-of-the-end-zone touchdown pass to a leaping Lazard, he came off largely nonplussed during his Zoom call with reporters when asked a barrage of questions about his performance.

“I definitely feel it was a good day for me — and for everybody else as well — just bouncing back from yesterday’s practice,” Love said. “On offense, it wasn’t our best practice, all around and for me as well. Being able for us to come out here and just bounce back today, it meant a lot for everybody. And the goal for now is to keep stacking good days and be better tomorrow.”

Love eventually did acknowledge how much he enjoyed playing well — “It was fun out there,” he admitted — but he also said he’s doing his best to stay level-headed amid the uncertainty with Rodgers, who still hasn’t publicly declared his intentions for this season. By the time the Sept. 12 regular-season opener kicks off at New Orleans, Rodgers could be back under center and leading the team, or Love could be making his NFL debut.

“My mindset this whole offseason’s been to get myself ready, and that’s been my mindset since I got here,” Love said. “Whether Aaron was here or not here, that’s going to be my mindset regardless, because I have to get myself ready to play and be able to go out there and take charge of the team and be able to perform at a high level and do my best so everybody else can do their jobs as well. My goal is just to take day by day, get better, find areas I need to improve.”

But when asked if he believes he is prepared to be the opening-day starter, Love said he will be “100%” ready, despite not having even worn his No. 10 jersey on a game day last season, having been inactive for all 18 games.

“Obviously, this is a time where I’m getting a lot of extremely valuable reps that I might not have been getting in a normal circumstance,” Love said. “That’s what I’m here for. I was drafted here to play quarterback, so I’ll definitely be ready Week 1.”

The Packers expect to fill Lambeau Field for games this season. They also plan to welcome fans to training camp and their annual shareholders meeting this year.