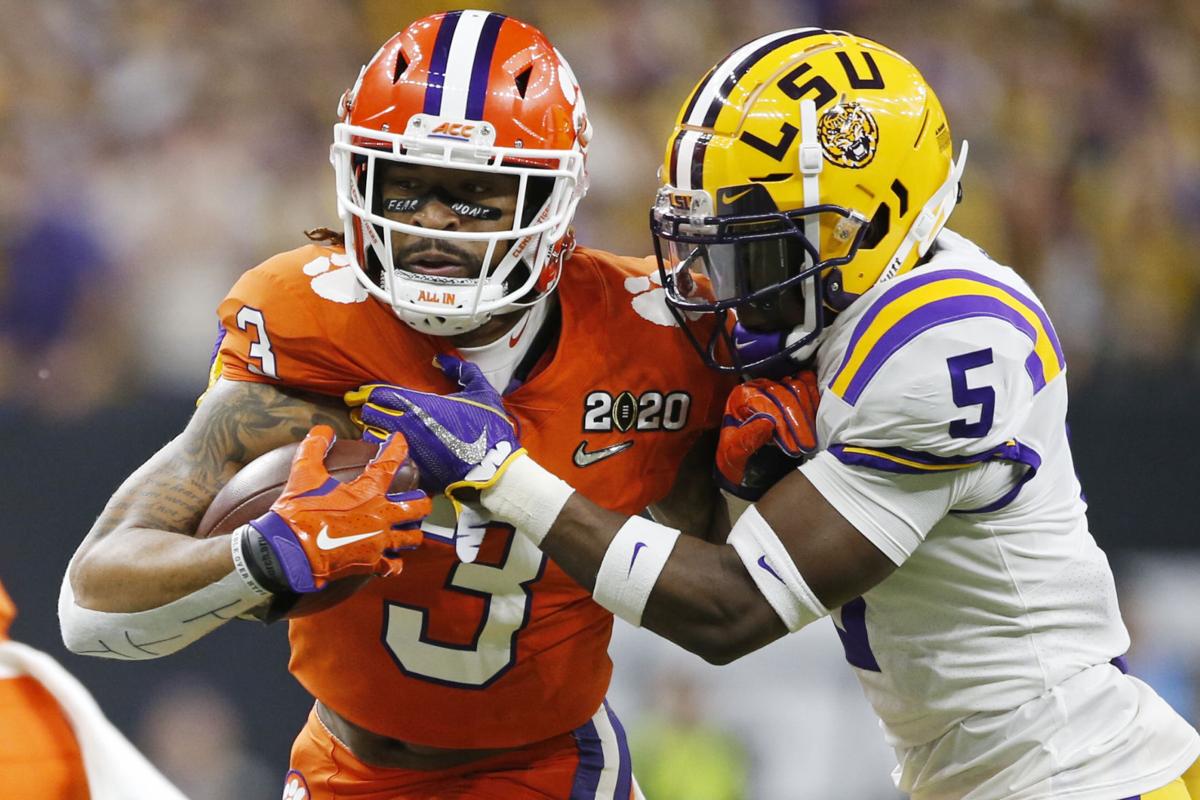 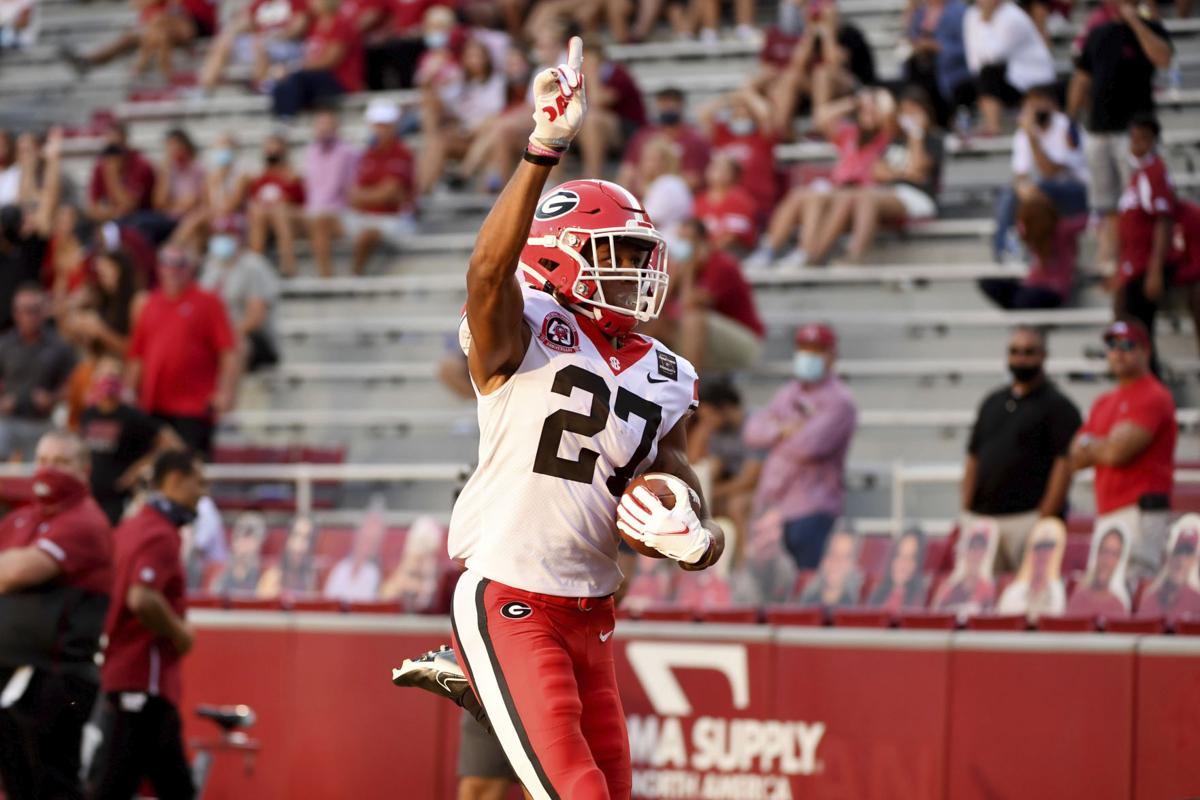 Former Georgia defensive back Eric Stokes returns an interception for a touchdown against Arkansas during a Sept. 26 at Fayetteville, Ark. The Green Bay Packers selected Stokes in the first round of the NFL draft last week.

Former Ohio State offensive lineman Josh Myers (71) blocks against Rutgers during November game at Columbus, Ohio. The Green Bay Packers selected Myers in the second round of the NFL draft on April 30.

Rodgers and his fiancée Shailene Woodley, along with left tackle David Bakhtiari and his fiancée, Frankie Shebby, as well as former teammates Randall Cobb and A.J. Hawk and their wives, were dressed to the nines and seemed to enjoy the pomp and circumstance of the crown jewel of horse racing’s Triple Crown.

But you can be sure that Rodgers — even amid his acrimonious dispute with the Green Bay Packers that spilled into the public consciousness before the 2021 NFL Draft kicked off on Thursday — is aware of what the Packers and general manager Brian Gutekunst did during the three-day draft. Rodgers is aware of everything, from what NBC’s Mike Tirico paraphrased from their conversation at the Derby to what’s been reported so far about his unhappiness with the organization.

So while Rodgers may still be steadfast in his vow to never play for the Packers again — something that the reigning NFL MVP has not himself stated publicly — you can bet he saw what everyone else saw in the nine-player draft class:

Gutekunst, in part by his own admission, hasn’t been the best communicator in recent years with Rodgers, dating back before last year’s first-round selection of Jordan Love. Rodgers wasn’t happy when the team cut his closest friend and top wide receiver, Jordy Nelson, in March 2018; he wasn’t pleased when the team made no effort to re-sign another of his closest friends and top pass-catchers, Randall Cobb, in 2019; and he was — as was widely known in Green Bay but perhaps not nationally before NFL Network’s report on Monday — really angry when Gutekunst cut former UW-Whitewater star Jake Kumerow at the end of camp last summer, shortly after Rodgers had publicly sung Kumerow’s praises.

So while it’s highly, highly unlikely that Gutekunst made any of his picks over the weekend in an effort to placate Rodgers, Gutekunst did acknowledge after the draft ended that he would be more open to listening to Rodgers than he has previously.

Asked if he’d be open to including Rodgers in such conversations if that was a requisite for Rodgers returning, Gutekunst replied, “Absolutely. Quite frankly, I think over the past three years that I’ve been doing this, I’ve always welcomed that input. I think he has such an experience in this league that that input would always be something vitally important to me, if he’s willing to give it. That’s not new. That’s not unique.”

Rodgers would likely dispute that he had such input given Nelson’s, Cobb’s and Kumerow’s departures. But looking at this draft class, he probably would have to admit that the class filled some crucial needs and should be enough — with Rodgers still at quarterback and playing MVP-caliber football — to keep the Packers in the upper echelon of the league as a Super Bowl LVI contender.

“Every year’s got new challenges, and there’s different variables. You’ve got to try to recreate that magic, and that doesn’t happen without the hard work and just putting everything you have into this league,” head coach Matt LaFleur said after the draft. “We’re going to have to get our minds right and attack each day to be our best. That’s the message to our team.

“I just focus on the things I can control and that is to just make sure that we’re all communicating. When you have good people that communicate with one another that you can work through tough times. That’s what I’m most hopeful about.”

The rookie Rodgers should be most excited about is the one who shares his last name. Not only does Amari Rodgers bring a similar skillset to the one Cobb displayed during his eight-year career in Green Bay, but Cobb has been mentoring him since the former Clemson star was in junior high.

“He’s a really good kid. I think you’ll really like him,” said Cobb, who was coached in college at Kentucky by Rodgers’ father, Tee Martin. “He’s an unbelievable athlete. I have not a bad word to say about him. I’ve watched him since he was young. To see his development and the player he’s become, it’s really astonishing to watch.”

That’s what LaFleur, whose offense is among the most innovative in the league, is hoping for. The past two years, the Packers didn’t have a player like Amari Rodgers in their arsenal — Tyler Ervin was the closest facsimile — and with Aaron Rodgers running the offense again, Amari Rodgers’ addition should make the NFL’s No. 1 scoring offense even more potent.

“We tried to re-create that with some of the other guys,” LaFleur admitted. “That (versatility) is huge in this offense. (Rodgers has) the ability on first and second down to go outside. He’s got a good build to him. When he gets the ball in his hands, he’s pretty dynamic.

“I think you can use him a lot of different ways, whether it’s on jet motions or in the passing games, I think he’s a really good route-runner. He’s just a complete football player. He’s got great play strength and he’s proven it over the course of his career at Clemson.”

Dietzen, a native of Black Creek, played in 42 games with 39 starts at UW. From 2016 through 2018, Dietzen played in 35 games with 32 starts at left guard and left tackle. He retired after the 2018 season because of injuries, then returned in 2020 and started all seven games (four at left guard, two at left tackle, one at right guard).

NFL draft ratings were flat compared to 2019, but it was still enough to make it the third- most-watched draft on record.

The April 29-May 1 draft in Cleveland averaged 6.1 million viewers on television and digital sources according to the NFL and Nielsen. That is nearly even compared to the 2019 draft, which was held in Nashville with an average of 6.2 million.

Former Georgia defensive back Eric Stokes returns an interception for a touchdown against Arkansas during a Sept. 26 at Fayetteville, Ark. The Green Bay Packers selected Stokes in the first round of the NFL draft last week.

Former Ohio State offensive lineman Josh Myers (71) blocks against Rutgers during November game at Columbus, Ohio. The Green Bay Packers selected Myers in the second round of the NFL draft on April 30. 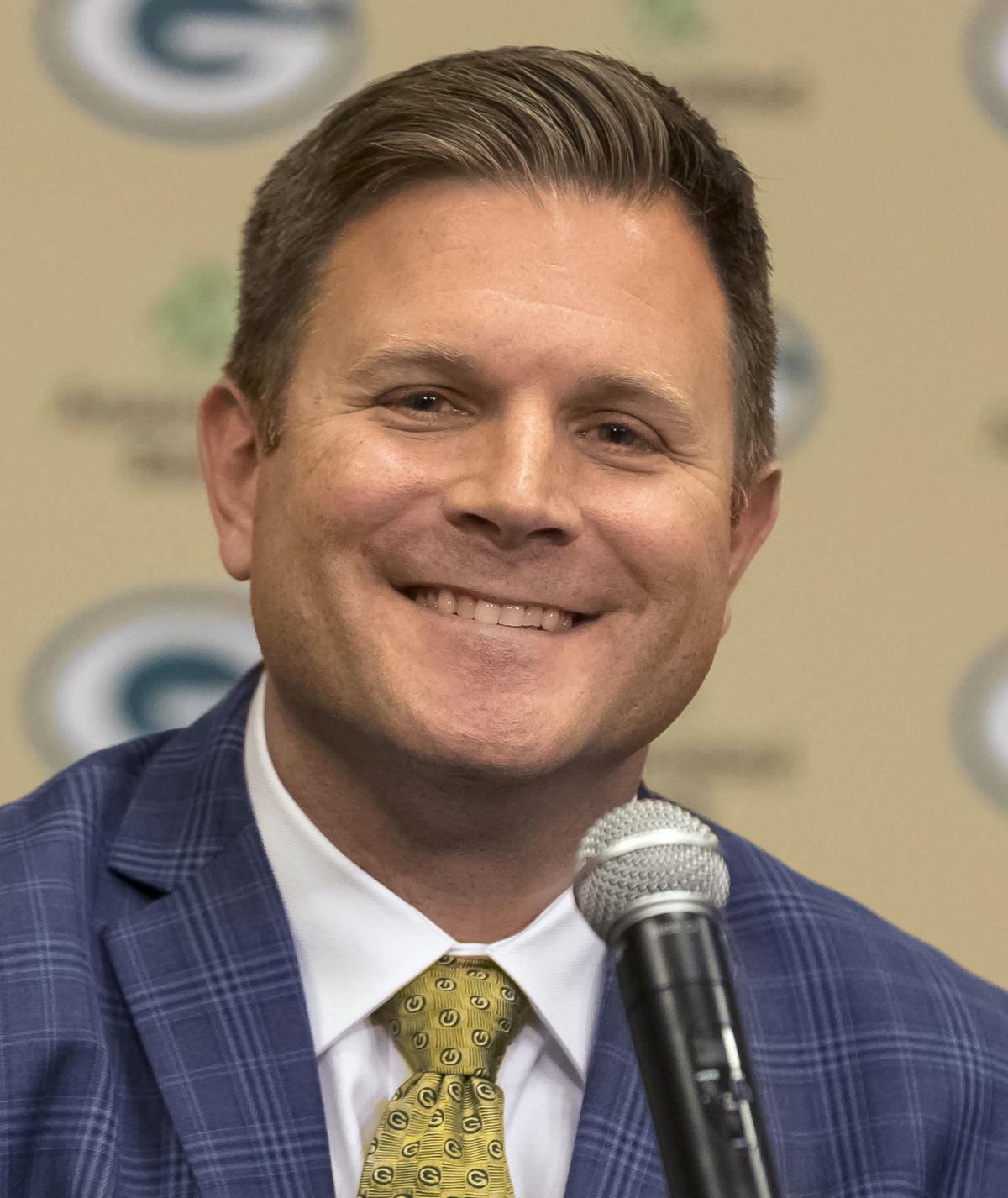 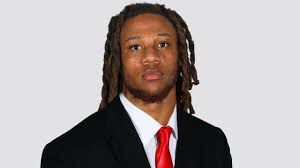 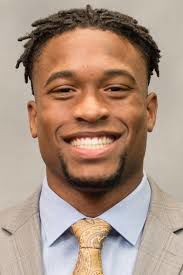 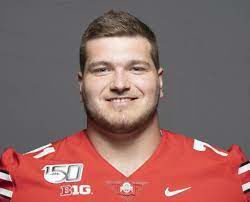 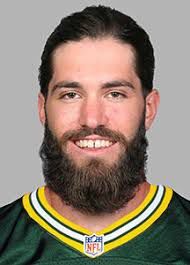 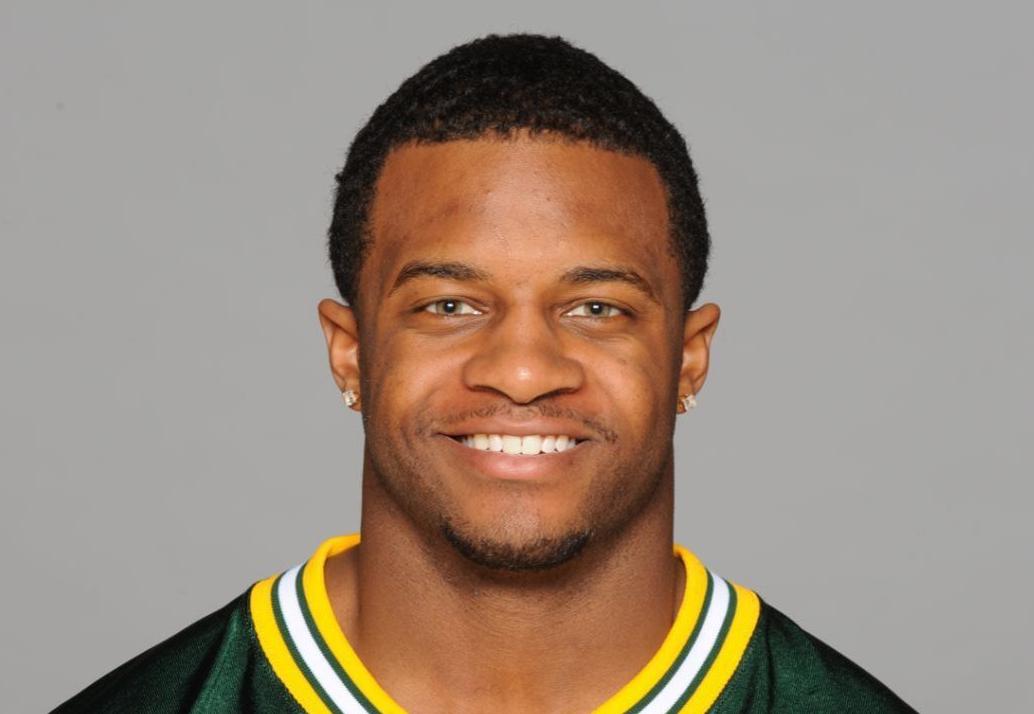 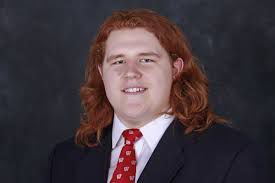