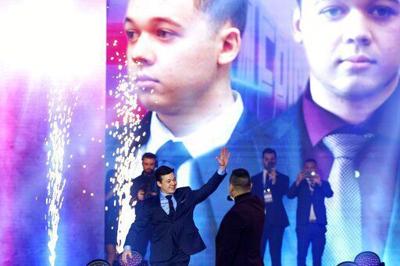 As the country awaits a U.S. Supreme Court decision in a New York state case that may create a federal constitutional right to carry guns outside the home, what lessons can the nation draw from the recent acquittal in Wisconsin of Kyle Rittenhouse and the convictions in the murder of Ahmaud Arbery in Georgia?

The obvious first lesson is that no one would be dead, maimed or going to prison if the men in these cases had not possessed firearms or had just left their weapons at home. The man Rittenhouse maimed learned that his self-proclaimed constant gun carrying not only did not protect him or others, but simply added him to the victim count when he pointed his gun at Rittenhouse.

During the oral argument in New York State Rifle & Pistol Association Inc. v. Bruen on Nov. 3, a number of the conservative Supreme Court justices seemed unaware of a second lesson: The best empirical evidence shows that carrying guns outside the home substantially elevates the risk to the public. As my own research and 14 academic papers in the past four years alone have shown, the restrictions on gun carrying in states such as New York and California have reduced violent crime. Expanding the Second Amendment beyond its current scope of a right to possess a gun in the home would likely reverse this progress.

See who the Wisconsin State Journal has endorsed for president, from Biden to Reagan and Honest Abe

Travis McMichael is one of three white men convicted of chasing down and shooting Arbery, an unarmed Black man. McMichael testified at the trial that there had been much crime in his neighborhood and that he had a Smith & Wesson pistol stolen from his truck in front of his house. Lesson three: That gun and other guns stolen outside the home abundantly arm American criminals — to the tune of roughly 100,000 guns per year. Even before McMichael murdered Arbery, he was already contributing to violent crime indirectly.

Lesson four concerns the deceptive, or at best opaque, feature of Wisconsin law that even the judge in the Rittenhouse case said was “confusing.” The statute states: “Any person under 18 years of age who possesses or goes armed with a dangerous weapon is guilty of a Class A misdemeanor,” where “dangerous weapon” includes “any firearm, loaded or unloaded.”

While this law would prevent someone of Rittenhouse’s age from carrying a handgun, stun-gun or brass knuckles, it has buried cross-references that end up exempting all long guns, including Rittenhouse’s AR-15.

Whether this was through poor legislative drafting or influenced by lobbying from gun rights groups in Wisconsin is unclear, but if the intention of the law was to protect the public from dangerous weapons, then this public interest was undermined by an obscure statutory regime that prohibited minors from having dangerous but non-lethal weapons while permitting them to walk city streets with an AR-15.

Lesson five is that if the federal assault weapons ban had remained in place instead of lapsing in 2004, the Rittenhouse tragedy might not have happened. The AR-15 once again proved to be attractive to someone who should not have had the weapon, with Rittenhouse testifying that he was drawn to the gun because it “looked cool.”

This is indeed part of the marketing strategy of gun sellers — to exploit the fantasies of young men that assault weapons will make them more manly. As the Parkland High School shooter in Florida noted just before killing 17 in 2018, “With the power of the A.R., you will know who I am.” The Sutherland Springs Baptist Church shooter posted a picture of his AR-15 with the heading “She’s a bad bitch” shortly before he killed 26 in Texas in 2017.

Rittenhouse should never have had an AR-15 in the first place. The federal Gun Control Act prohibits the sale of any firearm to someone under the age of 18, and the 17-year-old Rittenhouse only had one because he used an illegal straw purchaser to circumvent this federal law to procure his assault rifle. A straw purchaser acts as a proxy buyer of a weapon for someone who is not legally entitled to purchase the firearm, which is a clear federal crime.

Rittenhouse’s friend, the gun purchaser, can be prosecuted for this felony offense, which carries a sentence of up to 10 years.

But can Rittenhouse as the recipient of the gun also be charged? Some might argue that the federal gun laws are as porous as Wisconsin law and that the answer is no. This uncertainty demonstrates the need for a clarified federal law prohibiting both the straw purchaser and those such as Rittenhouse who take ownership of guns in violation of the law. That’s lesson number six.

Securing a federal felony conviction of Rittenhouse would prevent him from owning the AR-15 that the lobbying group Gun Owners of America planned to send him to celebrate his Wisconsin acquittal.

The final lesson of how guns outside the home generate unusual harms was underscored by the events of Jan. 6, 2021, in which disaster was avoided because Washington gun laws prevented hundreds from carrying their handguns and assault weapons during the storming of the U.S. Capitol.

As the Supreme Court justices consider the New York case, I’d argue they should be cautious about ignoring the need for constraint that is articulated in the text of the Second Amendment referring to a well-regulated militia. And I believe they’d be wise to recognize the long history and tradition of restricting gun carrying outside the home to promote the safety of the citizenry and, indeed, the health and perhaps existence of our democracy.

Donohue is a professor of law at Stanford University: donohue@law.stanford.edu.

Madison School District earns an ‘A,’ an ‘F,’ an incomplete and a tardy

Laura Williamson: Don't like the Kyle Rittenhouse verdict? What about a Black man defending himself from a racist outside a bar?

The Kyle Rittenhouse trial is a case study in why public opinion doesn’t (and shouldn’t) matter in a court of law. Everyone, white or Black, should be able to plead self-defense — even if the public hates them.

Ruben Navarrette: Conservatives who support Kyle Rittenhouse no longer know what they believe

Why don't they apply the same logic they use for the human tragedy at the U.S.-Mexico border?