RACINE — Racine historian Jim Mercier is always on the lookout for memorabilia to add to his collection, which contains thousands of items originated from the community.

Mercier never knows what he’ll find, he said, but when he came across an online auction in Missouri for a pinball machine made right in the building he hosts a lot of his collection — the Racine Business Center — it was fate.

“I knew right away: I just had to have this,” Mercier said.

The wooden pinball machine, once coin-operated, simulates a game of poker.

The player will pull on the bar to slingshot a silver ball out; depending on where the ball lands, the player will now have that card in their “hand.” Each silver peg is assigned to a deck of cards, whether it’s a king of spades or three clubs.

Mercier said it was common for the pinball machines to be played side-by-side, and for bets to be made on who landed the better hand.

Origins of the pinball machine

In the 1930s, right in the midst of the Great Depression, Racinians — or anyone in America, for that matter — were desperate for fun on the cheap.

Enter pinball machines, where one penny could get you about seven silver balls and kill a few minutes of time. Almost every drugstore or tavern had one, Mercier said.

“It was just cheap entertainment when nobody was working,” Mercier said. “And who couldn’t afford a penny?”

The pinball machine was made by Baker Case Co., whose products were manufactured in the Racine Business Center, 1405 16th St.

Mercier said he found records of the company’s existence between 1929 and 1937. He estimates the pinball machine was produced in the year 1932.

This pinball machine is one of two of its kind known to exist, Mercier said. The exhibit holds items manufactured by the businesses once occupying the building.

According to BMI Gaming, a supplier of arcade games, the market for pinball machines exploded in the early 1930s.

At the time, more than 145 companies were making pinball machines in the country, with the majority in Illinois. Chicago was the center of pinball manufacturing.

“Everybody was getting into the act because it was just so popular,” Mercier said.

By the mid-1930s, less than 14 companies remained: “It was oversaturation,” Mercier said.

Since Baker Case wasn’t known for pinball machines, Mercier said he suspected the couple they made were just experiments.

“It probably didn’t pan out for them,” Mercier said.

The pinball machine is currently at the Spirit of Racine Entrepreneur’s Exhibit, along with other products made by Baker Case. The exhibit is not open for public tours, but Mercier said to learn more, visitors can check out the Racine Business Center’s website at racineartsandbusinesscenter.com.

Lanterns in The Branch

People walk underneath lanterns in Uptown

Community-made lanterns at The Branch at 1501

Lanterns and a party in The Branch at 1501

Lanterns in the night

Watch video of the 1930s pinball machine in action at JournalTimes.com. 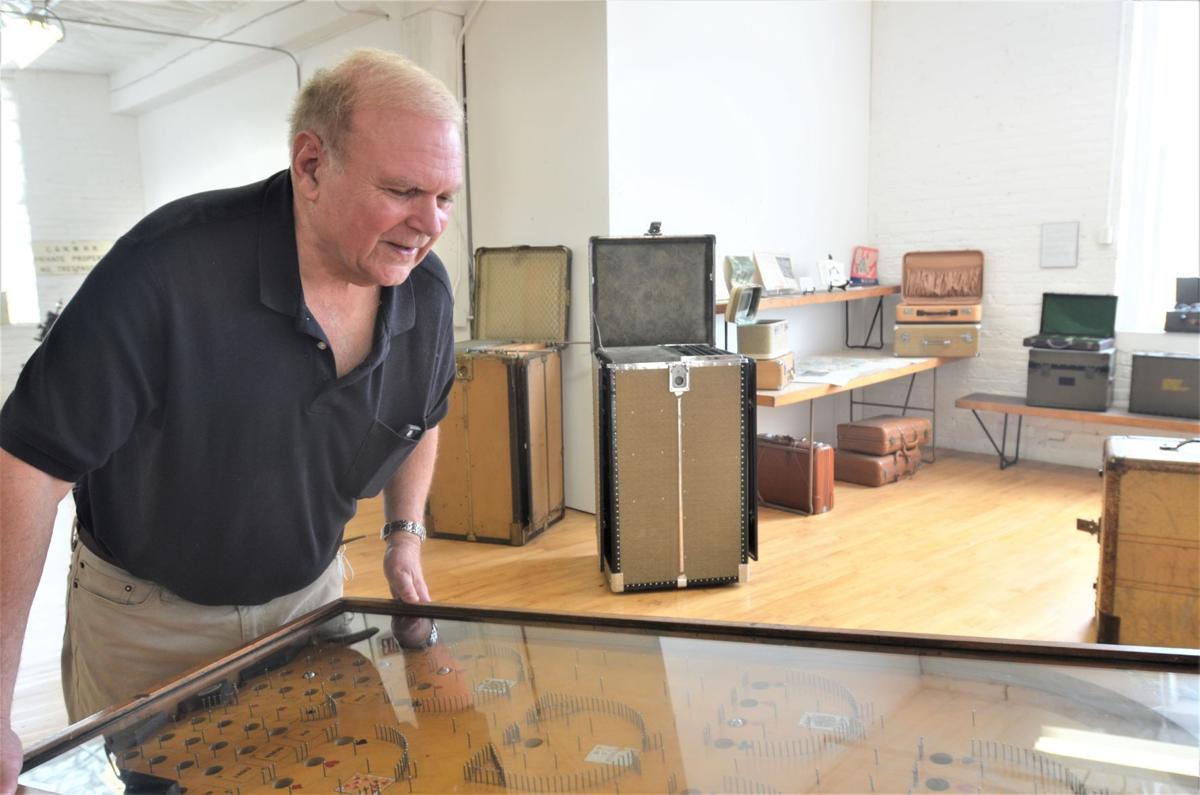 Jim Mercier, a Racine historian who owns thousands of memorabilia from the area, plays a round of poker on the pinball machine last week. 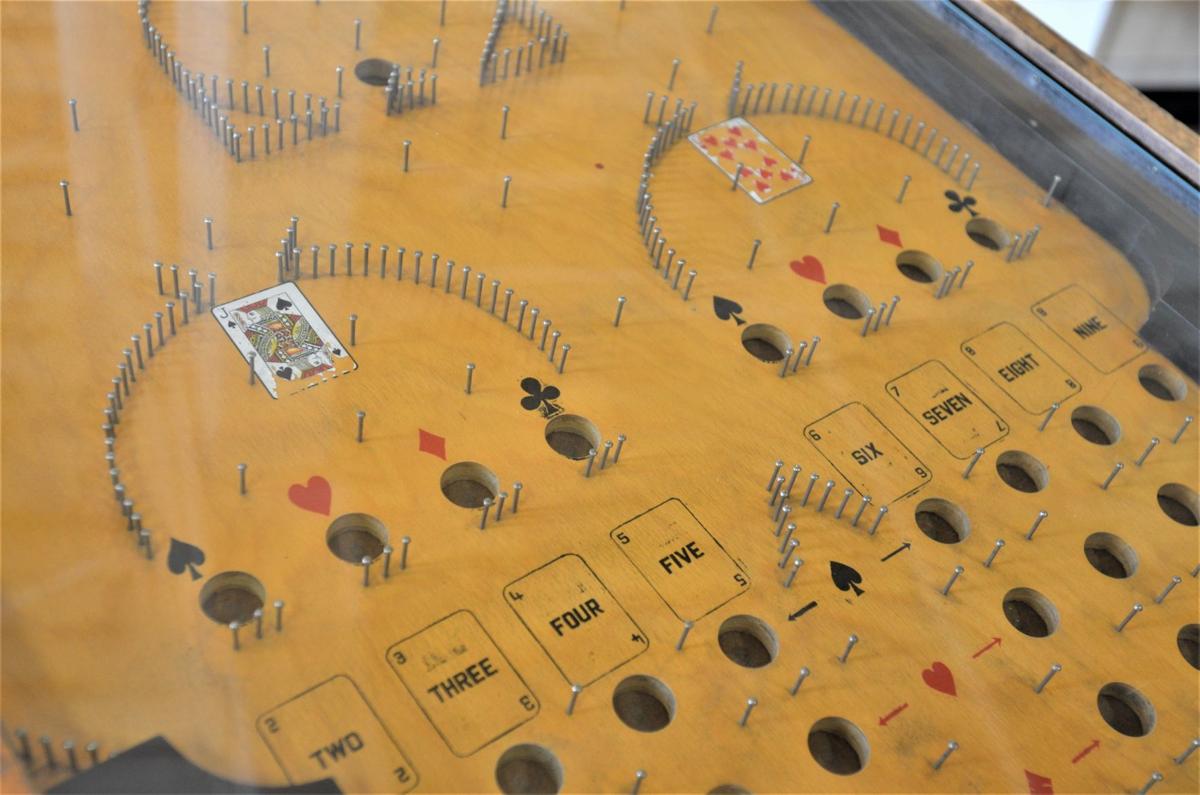 A close-up of the pinball machine at the Spirit of Racine Entrepreneur's Exhibit, located inside the Racine Business Center, 1405 16th St. 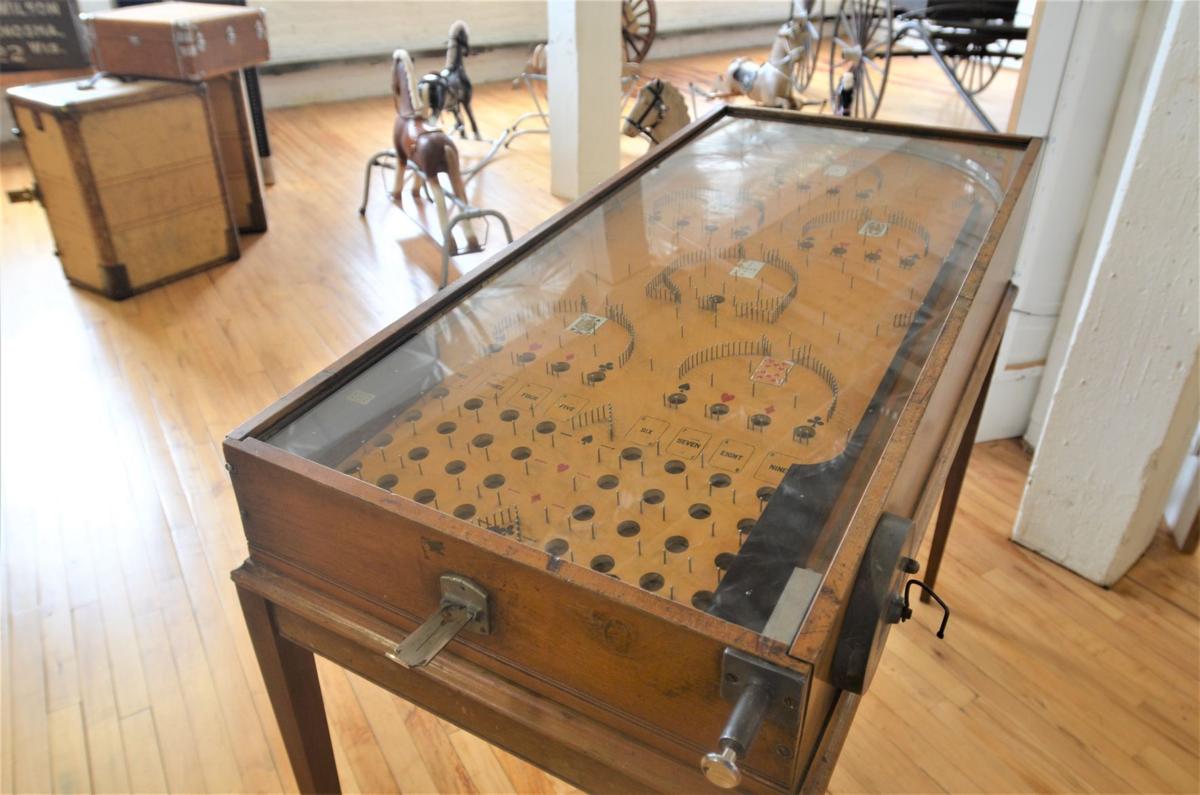