UW-Madison will suspend in-person classes for at least three weeks, an unprecedented action by Wisconsin’s largest university taken to slow the spread of COVID-19, the respiratory disease caused by the new coronavirus.

The university asked its roughly 7,800 students living in residence halls to move out when spring break begins this weekend and plan to stay off campus and study remotely at least through April 10.

Campus, however, will remain open during that time and research will continue, officials said. All faculty and staff should continue their regular work schedules in offices and labs unless advised otherwise by their supervisor. Upperclassmen, most of whom live in off-campus apartments, can remain in Madison and continue their studies remotely.

“We know that this decision is going to create challenges,” Chancellor Rebecca Blank said at a Wednesday news conference.

The move follows other universities across the country that have suspended all or most in-person learning within the past week. Many other Wisconsin institutions made similar announcements Tuesday and Wednesday to either extend spring breaks or shift to online learning over the next couple of weeks.

State health officials announced six residents have tested positive for the COVID-19 coronavirus. Two of those are Dane County residents, one of whom is isolated at home. The other resident was released from isolation late last month after recovering and has been declared disease-free after two subsequent tests came back negative.

Even though the majority of serious and fatal cases of COVID-19 have affected older people, colleges see themselves as breeding grounds for transmission given the nature of campuses with crammed lecture halls and close living quarters.

“The best thing we can all do right now is to minimize our exposure to larger groups,” University Health Services director Jake Baggott said at the news conference. “That is what underlies the actions the university is taking.”

Blank’s decision to move classes online presents obstacles for many of the university’s roughly 44,000 students and 22,000 staff members.

The biggest challenge will be lab-based courses, she said. Administrators are working with faculty members on alternate instruction methods.

University officials said they recognize some students, such as international students or those without access to the internet, may be unable to return home for various reasons and will need to stay in their residence halls. Residence halls will remain open for those students.

Izzy Boudnik, a UW-Madison junior studying political science and educational policy, said the biggest concern for her are the two part-time jobs she has on campus. Boudnik, a first-generation and low-income student, works the front desk at a residence hall and also at the campus food pantry.

“Many of us have multiple jobs to pay for rent and other expenses,” she said. “It’s not like those go away because we leave campus. Not having that source of regular income will be difficult.”

Campus tours for prospective students, however, are canceled through April 12 and all campus events with more than 50 people, including those sponsored outside of Dane County, will be called off through at least April 10.

Other aspects of the university’s operations are still up in the air.

Officials haven’t decided what to do with the spring commencement ceremony that packs thousands into Camp Randall Stadium. Blank said she would “very much regret” having to cancel the ceremony.

As for what students can expect their classes to look like after April 10, Blank said finishing out the semester online is a possibility, but no decision has been made.

“We don’t know enough right now to know all about what’s happening here locally and what’s happening across the nation,” she said. “We think it’s wise to make a second-round decision in early April.”

The cancellation of in-person classes by UW-Madison, UW-Stevens Point and possibly others has the potential to reduce student turnout in Wisconsin’s upcoming April 7 spring election and presidential primary.

UW-Madison officials said they expect the absence of those in student housing to have a limited impact on the election.

"I would hope any of our students will be involved in their civic duty of voting, and the majority of students are still going to be here on campus in the city and able to vote as they normally would," Blank said.

She said she expected many students in residence halls have maintained voter registration at their permanent home addresses and will likely vote from there.

There were 40,527 total occupants across UW-System’s 13 four-year locations in the fall of 2018. Roughly 7,800 of those students lived in UW-Madison residence halls.

A spokesman for the Wisconsin Elections Commission said students who may have to leave the dormitories and who cannot be in Madison on election day can request to receive absentee ballots. They can make those requests at the city clerk’s office or through the MyVote.wi.gov website.

The Madison City Clerk’s office will also be open from 8 a.m. to 8 p.m. Thursday and from 8 a.m. until 6 p.m. Friday for students who wish to register and vote before leaving campus.

Absentee ballots must be received by mail or delivered to a municipal clerk no later than 8 p.m. on election day.

According to the Elections Commission, once a student has established residency at a campus address, the student may vote using that address until a new voting residence is established. This applies even if a student is temporarily away or doesn’t know where his or her campus address will be for the following school year.

If the student has previously registered to vote at a campus address, the student may not register to vote at a home or different address until re‐establishing residency for 10 consecutive days before the election.

What others are doing

Year in review: The top Madison-area stories of 2020

2 killed in small plane crash in wooded area near Waukesha

Two people were killed Tuesday when a small plane crashed in a wooded area near a suburban Milwaukee neighborhood, authorities said.

The Mississippi auditor is seeking $828,000 from former Green Bay Packers quarterback Brett Favre and an employee of his business, Favre Enterprises.

A Wisconsin woman has entered a plea agreement for neglecting her 5-year-son until he died and hiding his body in the trunk of her car for months.

J's Black Walnuts sources its crop of 50,000 walnuts not from orchards but from the yards of relieved homeowners.

The Dane County Sheriff's Office has recommended charges that include homicide by intoxicated driving against a Madison man who rear ended the teens' vehicle in the town of Middleton earlier this month.

At least one of the proposals in the 13-bill package, which would allow Wisconsinites to carry a concealed firearm without a license, is almost certainly headed for a veto by Democratic Gov. Tony Evers.

Prosecutors are asking a judge to prohibit defense attorneys from referring to the men shot by Kyle Rittenhouse as rioters or looters. 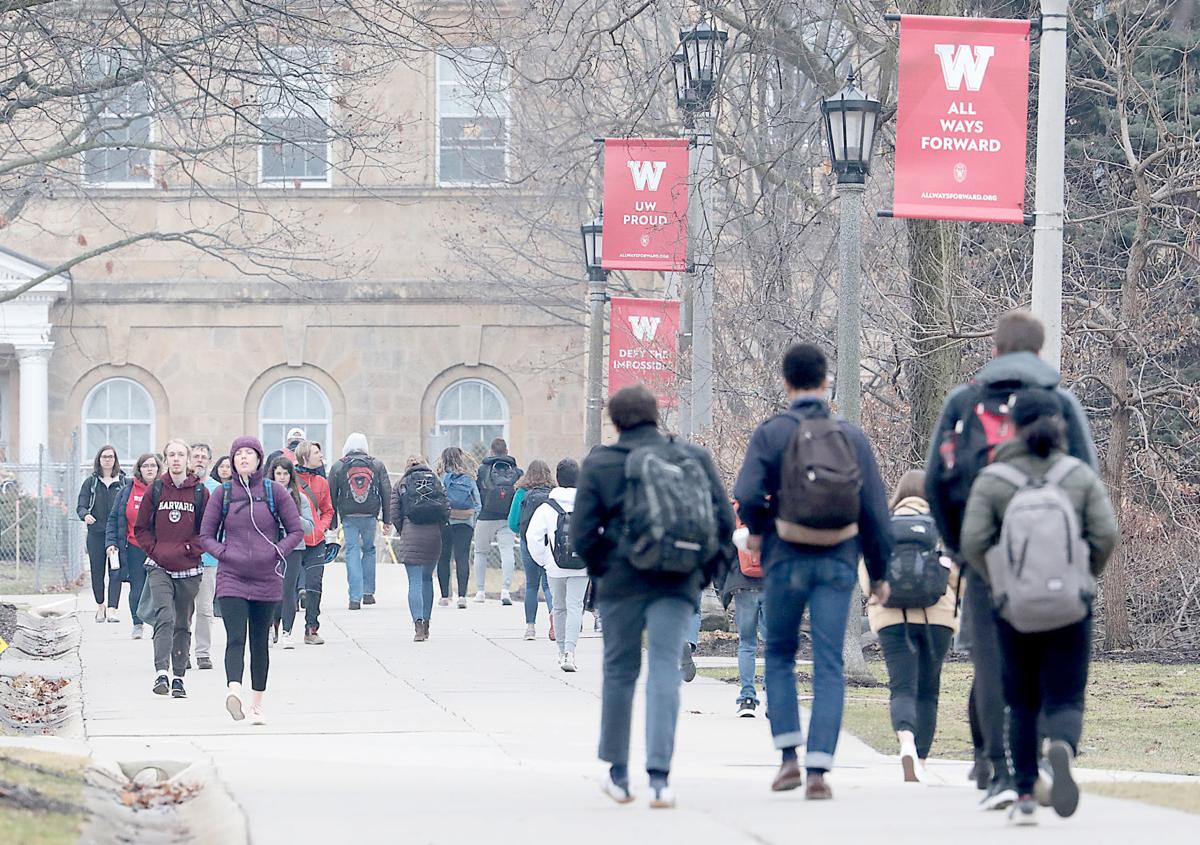 UW-Madison students, faculty and staff will shift to online instruction after spring break ends March 23. The decision by university administrators is unprecedented and aimed at stopping the spread of COVID-19. 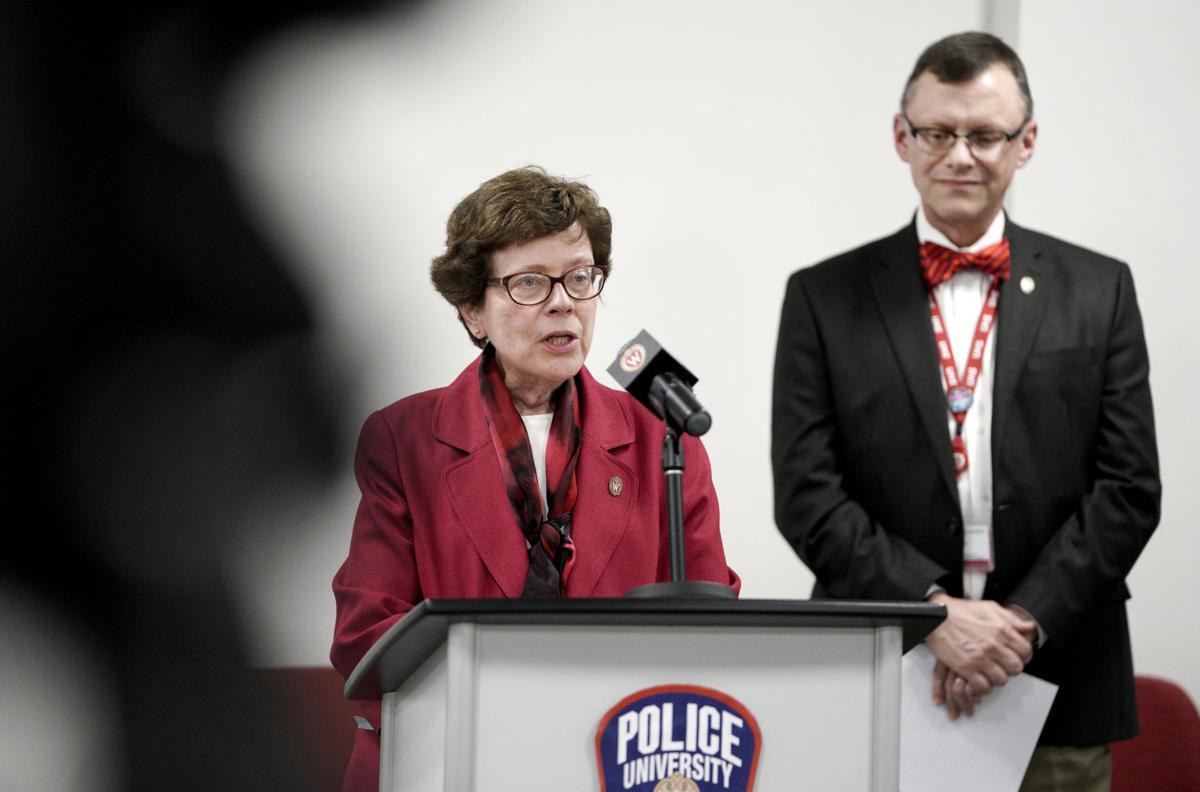 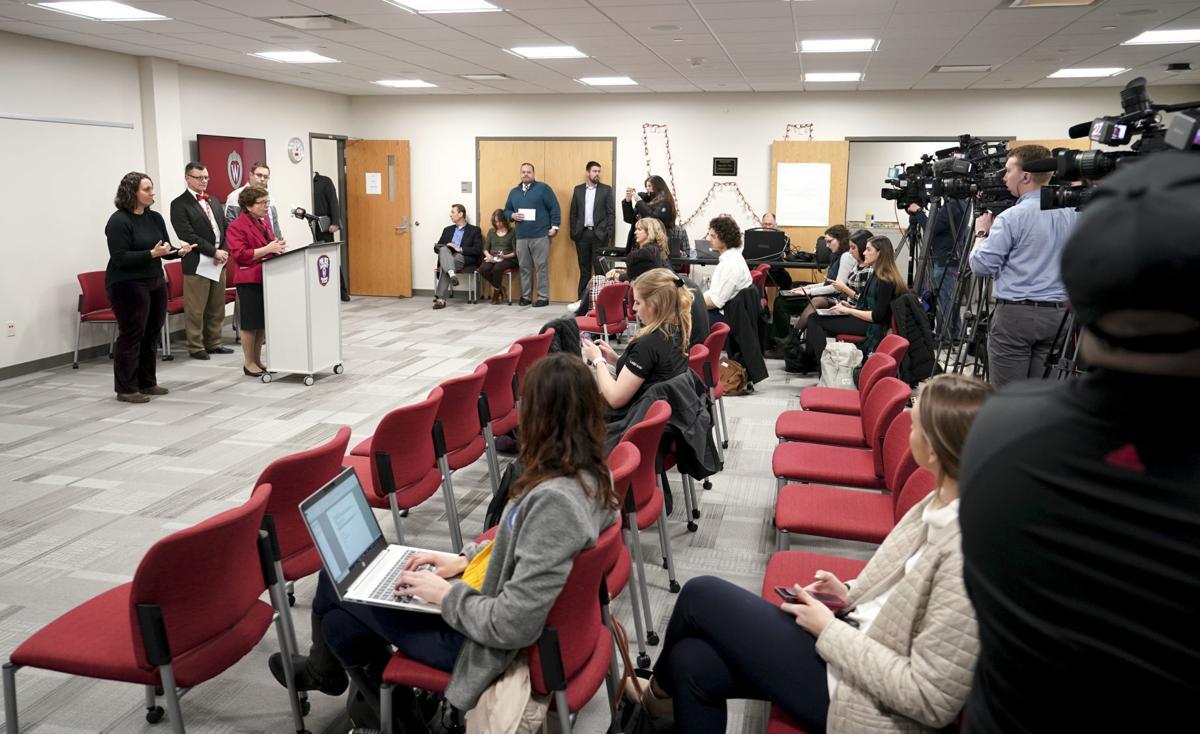 UW-Madison leaders have outlined their efforts to limit the spread of COVID-19, including asking students living in residence halls to return home for the next month. Laurent Heller, vice chancellor for finance and administration, said the decision was not made lightly. "We believe we are prepared at this point to keep the university functioning and keep our community safe," he said.