UW-Madison is moving forward with a plan to remove a boulder from Observatory Hill after calls from students of color who see the rock as a painful reminder of the history of racism on campus.

The 70-ton boulder is officially known as Chamberlin Rock in honor of Thomas Crowder Chamberlin, a geologist and former university president. But the rock was referred to at least once after it was dug out of the hill as a "n****rhead,” a commonly used expression in the 1920s to describe any large dark rock.

The Campus Planning Committee unanimously voted last week to recommend to Chancellor Rebecca Blank that the boulder be removed from Observatory Hill. Blank has previously indicated she supports the rock’s removal, though a timeline for removal has not been established.

The Wisconsin Black Student Union called for the rock's removal over the summer. President Nalah McWhorter said the rock is a symbol of the daily injustices that students of color face on a predominantly white campus.

"This is a huge accomplishment for us," she said on Wednesday. "We won’t have that constant reminder, that symbol that we don’t belong here."

McWhorter also faulted the Wisconsin State Journal for printing the vulgarity in a 1925 news article.

University historians identified the news story as the only known instance of the offensive term being used. It’s unclear whether or for how long people on campus referred to the boulder as "N****rhead Rock." The term itself appears to have fallen out of common usage by the 1950s.

Kacie Butcher, the university's public history project director, told the Campus Planning Committee that there may be other records beyond the State Journal story, but locating them is difficult because archived records are not well organized. What is well-documented during that time period, however, is the KKK's active presence in Madison. Campus satire publications and comedy skits also mocked and dehumanized people of color.

Butcher told the committee that the rock's removal presents an opportunity to prioritize students of color and engage in complex conversations.

The rock's next destination has yet to be decided. Options include burying the rock at its original resting place, breaking up and disposing of the rock, or moving the rock to the Ice Age Trail.

The Black Student Union is conducting a survey and hosting an open forum on Sunday to gather feedback on members' preferences, which it will then take back to the Campus Planning Committee.

The group is also working with the Department of Geoscience, which sees educational value in the rock and its rich geological history. Carried by glaciers from perhaps as far north as Canada, the boulder was excavated from the side of Observatory Hill in 1925.

Geochronology professor Brad Singer told the committee that the department prefers it be relocated so instructors can continue using it as a teaching tool.

UW-Madison needs to secure approval from the Wisconsin Historical Society before removal begins because the rock is located near an effigy mound.

The first step requires UW-Madison to submit a request to disturb a catalogued burial site. All Native Tribes of Wisconsin are notified during the process, which can take 60 to 90 days and includes a 30-day comment period. A qualified archeologist is also required to be on site during removal.

After the rock is removed, the Black Student Union's focus will shift to generating ideas for how students of color can reclaim the space, such as installing a piece of art, McWhorter said.

"So it becomes a way to celebrate instead of having it as an empty space reminding us of what it once was," she said.

UW-Madison’s student government on Tuesday declared it has “no confidence” in the university’s police force because the department helped Madison police during protests over the summer.

Two groups for students of color say Abraham Lincoln's history as anti-Indigenous and anti-Black warrant replacing him with someone who "who stands for the justice of all people." 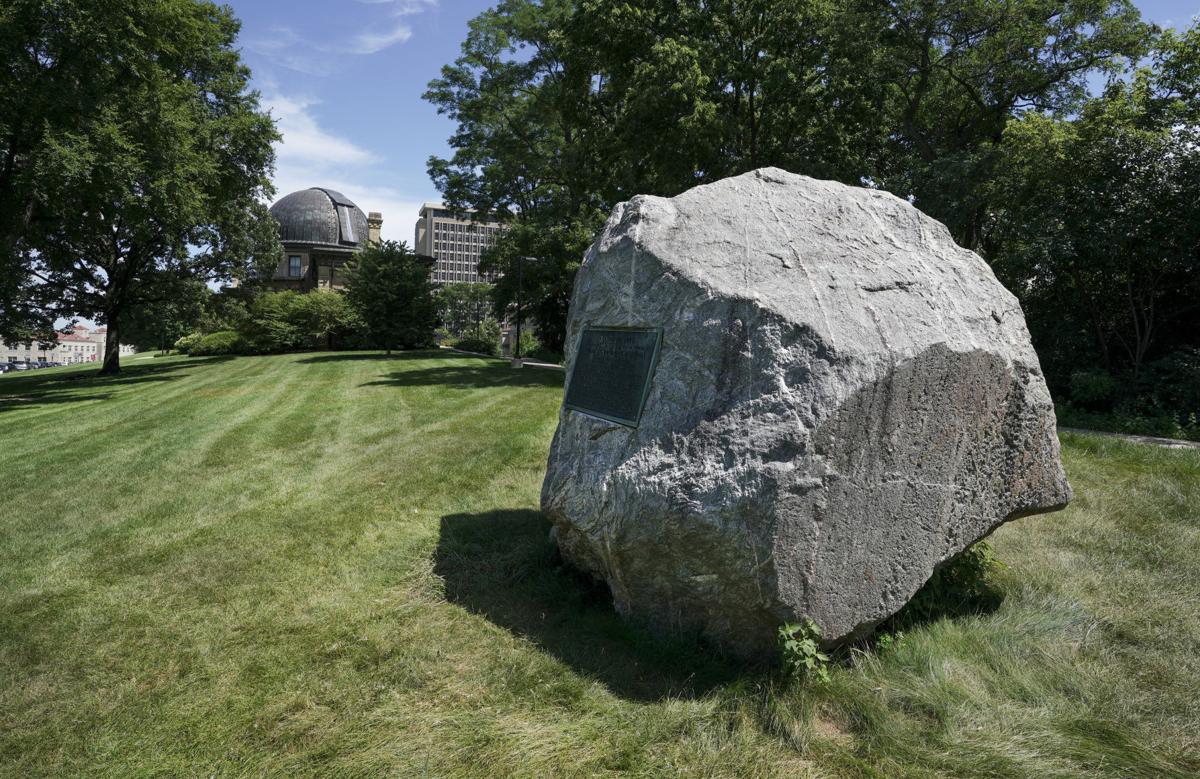 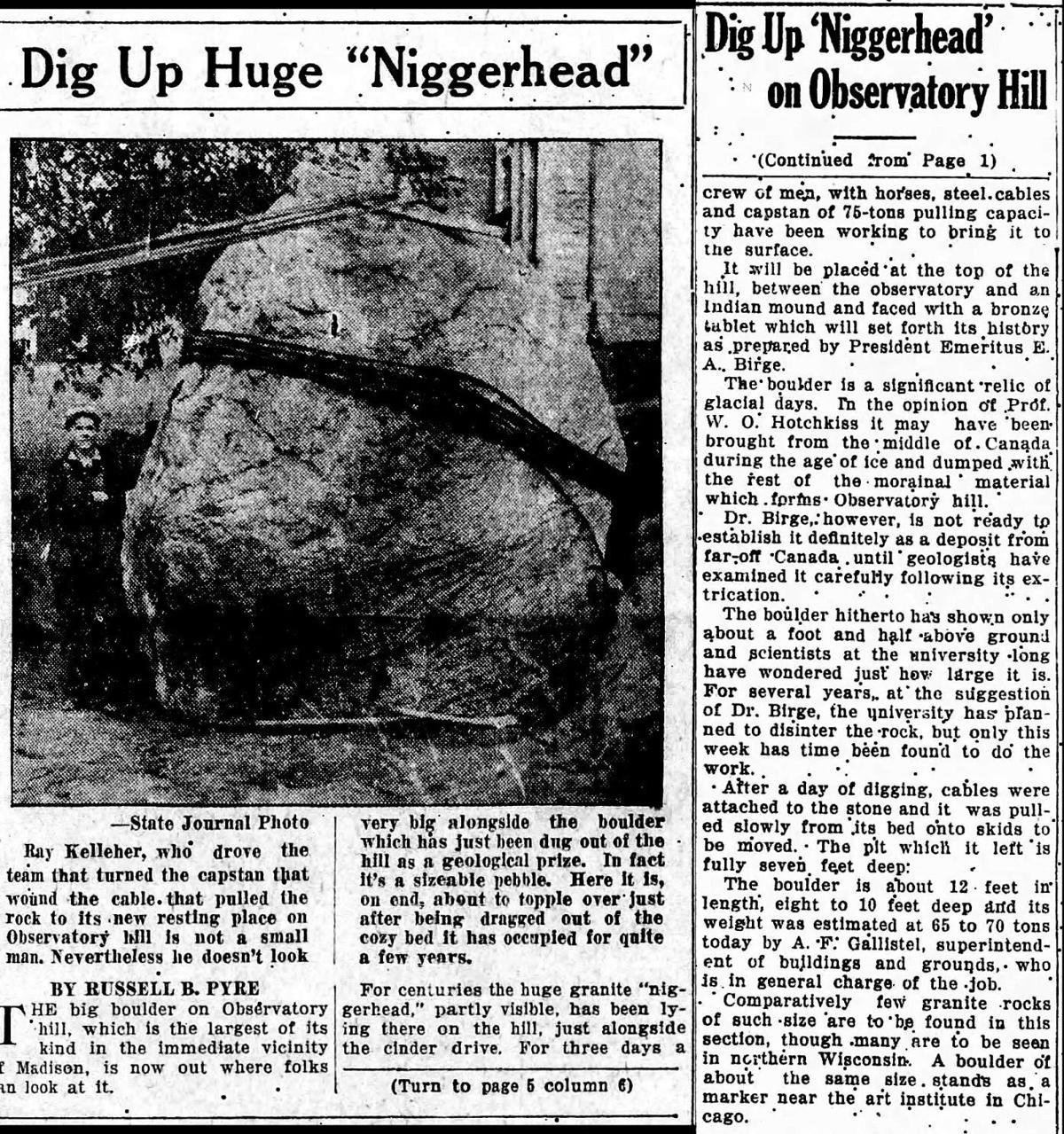 A Wisconsin State Journal story from Oct. 9, 1925, about the effort to dig up and relocate the large boulder found embedded in Observatory Hill.