UW-Madison Chancellor Rebecca Blank apologized on Tuesday for this year’s first day of classes falling on Rosh Hashanah and asked instructors teaching on that day to offer a remote learning option.

The apology, in the form of an email to the entire campus, went a step further than the university previously indicated it would offer and also comes in the face of backlash from many in the Jewish community.

‘Opposite of inclusion’: Jewish students, profs sound off on UW-Madison scheduling conflict

UW-Madison and five other University of Wisconsin System campuses unintentionally scheduled the first day of classes on Sept. 7 or Sept. 8, which overlap with Rosh Hashanah, one of the holiest holidays on the Jewish calendar.

The academic calendars are set years in advance and this year’s schedule is too late to change, UW-Madison officials have said. Going forward, a committee is reviewing future calendars in the hopes of avoiding a similar scenario.

“This is an overlap which we should have identified when schedules were being set,” Blank said in the campuswide email. “Our process didn’t work in this instance and for that I’m deeply sorry. The first day of classes is a significant occasion and especially so this year as we return to in-person instruction — after last year, many students want the excitement and sense of belonging that comes with the first day of classes.”

Recognizing the recent increase in antisemitic violence nationally, Blank said it is critical for the university to show it is “committed to the safety and well-being of Jewish members of our community.”

Before Tuesday’s message, Blank had said she deeply regretted that the conflict existed and communicated that regret to individuals who reached out to her. She also planned to address the conflict at the first Faculty Senate meeting of the school year, which takes place about a month after classes begin.

Though the university’s Sept. 8 start date will not be altered, Blank asked UW-Madison instructors teaching on that day to:

Josh Garoon, a community and environmental sociology professor, said he appreciated Blank taking responsibility and apologizing — a gesture he said he did not expect — but he also felt that her message was “very disappointing and very frustrating” to Jewish instructors like himself.

“When it comes to personal religious observance, it was not an acceptable statement,” he said. “It was not sufficient.”

Garoon wants to see the university do more in taking the burden off Jewish instructors who face these conflicts year after year by making concrete exemption options for them and by providing more resources on how to navigate the scheduling error within each department.

UW Hillel, the Jewish campus group that first brought the conflict to Blank’s attention last December, praised the university in a Tuesday email to its more than 4,000 student members.

The message asked all instructors committed to diversity, equity and inclusion to offer the first day of class in a remote or online format, and called upon deans and department chairs to allow instructors to cancel classes if they wished.

“We look forward to UW-Madison being a system leader in inclusion,” UW Hillel CEO and president Greg Steinberger said in the email. “We appreciate the Chancellor’s support of the campus as it works to create change for the many faith communities found on campus.”

UW-Madison is the second of the six UW campuses that scheduled the start of school over the holiday to apologize. UW-Parkside had already indicated it would do so.

Under state law, classes can’t start before Sept. 1. If UW-Madison began on Sept. 2, the Labor Day holiday and Rosh Hashanah would delay classes resuming until nearly a full week later. Such a long period of unscheduled time at the start of the school year would bring “serious issues” for Student Affairs, such as drinking, she said.

But if the university delayed the start of classes to Thursday, Sept. 9, the last final exam period would take place on Christmas Eve, she said.

“I continue to get emails from people who don’t fully understand the constraints we’re under,” she said, adding that the university is doing everything it can to reduce the impact of the scheduling conflict.

For example, UW-Madison had already rescheduled several events to better serve those celebrating the holiday. The annual convocation for first-year students was moved from Sept. 7 to Sept. 3. Other events for Wisconsin Welcome — a week filled with events to welcome students back to campus — will also be scheduled to avoid conflicting with Rosh Hashanah, which begins at sundown on Sept. 6 and ends at nightfall on Sept. 8.

The first story I wrote this year was about a two-legged dog. 2020 only got more weird from there.

In early March, I sat in a room with about a hundred others listening to UW-Madison Chancellor Rebecca Blank brief professors on how the coronavirus might affect campus operations. During the Faculty Senate meeting, she encouraged instructors to consider what classes or meetings could be delivered online.

"We have no idea quite what may be coming, if anything,” she said on March 2.

Oh, how quickly did the world change.

Over the next nine months, I wrote stories that would have seemed surreal a year ago: dorm rooms considered for potential hospital overflow, online commencement ceremonies, campus mask mandates and students stuck in lockdown.

It's been a privilege to bear witness to all of the seismic changes 2020 brought to college campuses, most of which I reported from my kitchen table (OK, and sometimes my couch). I'm grateful to the State Journal's subscribers who help support my job as one of the few higher education reporters in Wisconsin. The five stories listed below were some of my favorites, but you can find the 172 other stories I've written so far this year here.

UW-Platteville Richland had nearly 250 students in 1980 when the campus was considered for closure. Today, it has 155.

The annual Match Day tradition, where students stand on stage to learn where they will do their residencies, was scuttled because of the COVID-19 coronavirus pandemic.

Thousands of students moved into UW-Madison's dorms with a mixed set of emotions about the semester ahead — excitement, hope, doubt, fear — and I tried to capture it all in this story.

A week into UW-Madison classes, everyone has an opinion on how to proceed

UW-Madison's return to the physical classroom stokes fear among some who say the safest option is to continue online and relief from others whose experience teaching or learning remotely was underwhelming.

The Trump administration proposed a number of actions that made life difficult for international students.

The crash happened about 90 miles southwest of St. Louis in Crawford County after a U-Haul driver lost control of the truck, authorities said.

Robin Vos on Republican call for new election probe: 'I don't know what that would prove'

Barn collapsed the day after being installed on property, killing Iowa father and son

“What everybody needs to know is that Andy was so overly cautious with anything with his kids,” a neighbor said. “There’s no way if there was any danger that Andy saw that he would have had his kids anywhere near it.”

Children held at Wisconsin's troubled youth prison are growing more frustrated with their treatment and staff seem defeated, according to a co…

The GOP motion failed 59-37, along party lines, leaving the added federal benefit in place until it expires Sept. 6. Republicans needed to secure a two-thirds majority in order to successfully overturn the governor's veto.

"I wouldn’t run if I don’t think I could win," said Johnson, who is undecided on a re-election bid.

Adams, who is set to become an unrestricted free agent after the season, has cut off extension talks with the team — and there are no plans to resume them with training camp set to kick off next week.

Watch now: A small airport with a big-time aviation museum

The $1.3 million Kelch Aviation Museum at the Brodhead Airport is home to vintage aircraft from the 1920s and 1930s. 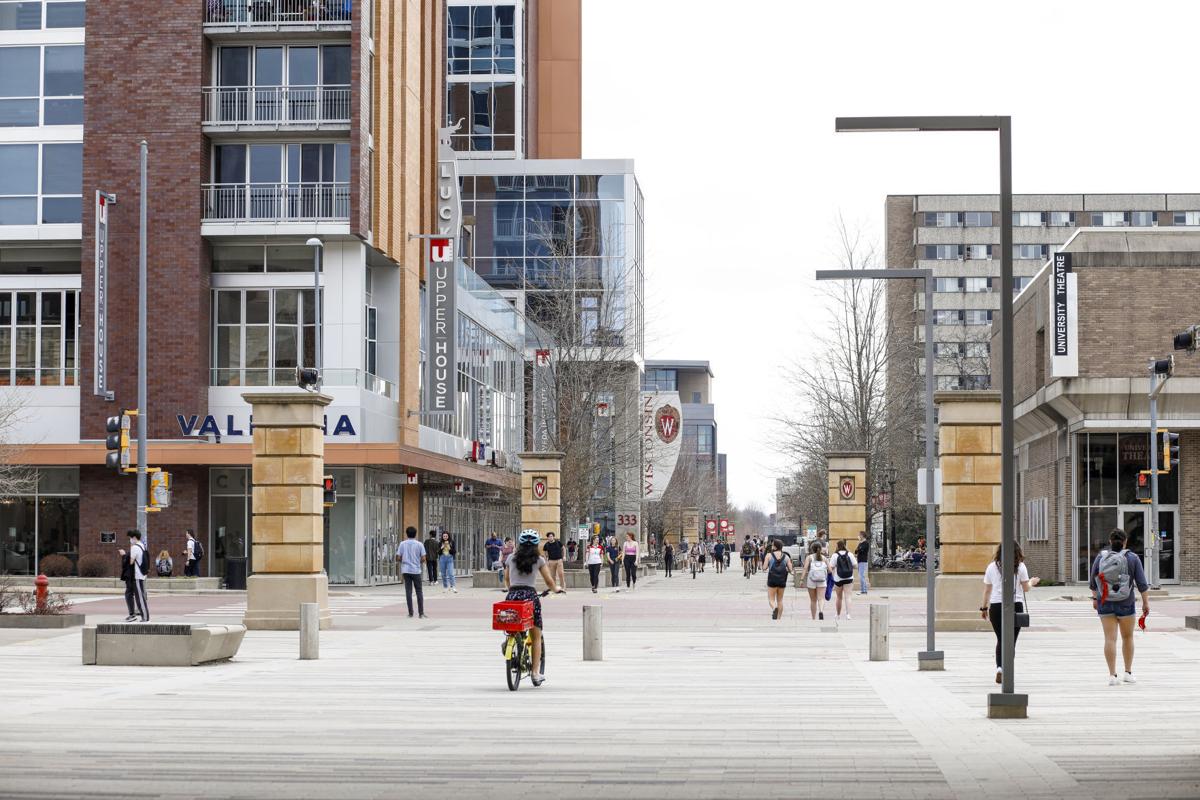 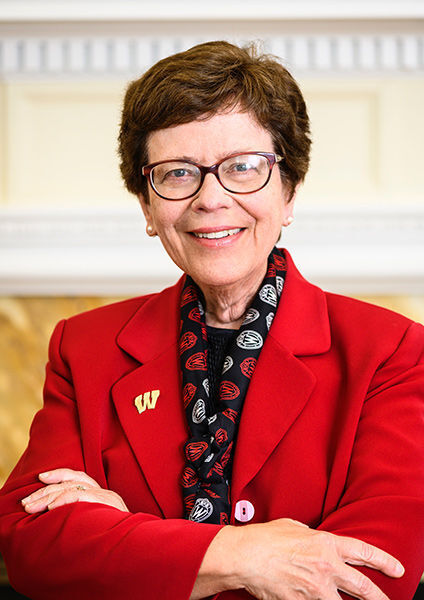