A new mail policy at Fox Lake Correctional Institution aimed at curbing the infiltration of dangerous drug-laced paper could expand to all prisons, but inmates say their concerns about missing and cut-off documents aren’t being addressed.

Under the pilot policy, started in April, inmates receive only photocopies of their mail, not the originals, which staff later shred. The policy doesn’t apply to legal documents.

Prisoners say they have seen months-long delays in receiving mail, educational materials denied, missing pages and the margins of letters cut off with no way to get the missing material back.

“Our mail is being shredded with no recourse for us to get the mistakes fixed,” inmate Joshua Wade said.

Despite complaints, the Department of Corrections said it could expand the policy given the success it has shown so far in reducing overdoses and violent behavior associated with K2 or “spice.”

No inmates at Fox Lake Correctional Institution have died due to an overdose so far this year, Dodge County Medical Examiner PJ Schoebel said.

K2 is an illegal, mind-altering synthetic cannabinoid that can cause symptoms of psychosis, suicidal thoughts, violent behavior, seizures, kidney damage, a reduced supply of blood to the heart, toxic reactions and sometimes death, according to the National Institute on Drug Abuse. Paper can be laced with K2 and then smoked, which is how the drug was getting through the mail.

DOC spokesperson John Beard said some inmates acted violently toward other inmates or staff while using the drug. Other inmates were found “incoherent or unresponsive” and had to be rushed to the hospital.

“(The mail policy change) was a response to health and safety concerns related to K2 and other synthetic cannabinoids, which can cause unpredictable and dangerous reactions,” Beard said. “The incidents among persons in our care at Fox Lake Correctional Institution were alarming.”

In April — the peak of the K2 activity — Fox Lake had nine “potential overdoses” and two cases of violent behavior, according to the DOC. By August, both those numbers had dropped to zero after overdoses and violence trended down over the summer.

Other negative “incidents” included staff catching someone with K2, the discovery of drug paraphernalia, inmates writing letters to from and family asking for K2, and other concerning behavior, Beard said.

Fox Lake had a total of 42 incidents in April alone, a jump from 14 in both February and March.

The total number of incidents trended down in subsequent months, with 11 incidents in May, 14 in June and nine in July.

‘They played with our lives’: How one Wisconsin prison failed to contain a COVID-19 outbreak

Beard said the numbers were high in April when the pilot began likely because prisoners likely still had stashes of K2 that they used throughout the month of April. The mail policy went into effect on April 9, but DOC staff believe inmates continued to use paper tainted with synthetic cannabinoid that had already come through the mail, Beard said. There had also already been a dozen incidents within the first week or so of April.

Incidents did not increase when in-person visitation resumed in July.

Beard noted the policy is still a pilot but said it could “potentially” expand to more prisons. Other prisons in Wisconsin have had incidents, but not at the same levels as Fox Lake, he said.

“This is not an issue unique to Wisconsin,” Beard said. “Some correctional agencies in other states are considering or have already started making copies of mail across all of their facilities.”

Last October, Michigan implemented the same policy across its entire prison system to prevent drugs from coming into its facilities. Now Michigan prisoners only receive photocopies of their mail instead of the originals.

Pennsylvania started its own mail policy in 2018, routing all prisoner mail through a processing facility in Florida that photocopies the mail before sending the copies back to Pennsylvania’s prisons.

Peggy West-Schroder, southeast Wisconsin coordinator for EX-incarcerated People Organizing, an inmate advocacy group, said the pilot will “probably become a permanent solution” to drugs coming through the mail in Wisconsin.

She said the policy is “obviously not ideal,” especially for those who are following the rules, but that it’s important for preventing overdoses.

“We can’t advocate for people getting mail that could kill them,” West-Schroder said.

Prisoners say they understand the need to address the drug problem, but that Fox Lake needs to handle their mail with greater care and implement a workable solution for when items are copied incorrectly. That’s especially important if the policy gets expanded to the entire prison system, which as of Friday had 20,000 prisoners.

“We’re not asking them not to photocopy our mail,” Wade said. “We’re just asking for some type of way to get things fixed when they mess up the photocopying.”

Beard said any issues with the mail are “reviewed and addressed the best we can when the concern is brought forward.”

“We continue to work at ensuring this process at (Fox Lake) is the least disruptive as possible to the persons in our care,” Beard said. “Our goal is to ensure they get, as close as possible, a representation of the original mail sent to them, while maintaining the safest possible living and working environment.”

While Wade said the problems have improved over the last several months, he still gets letters that are cut off or copied incorrectly, and some of his mail is gone for good.

'Not everyone has to come to jail': COVID-19 changes could lead to sweeping transformation

Wade received just 11 pages of a 20-page letter sent by his mom. The top half of his religious studies certificate also got cut off, and now the original has been shredded.

He still often gets letters with the margins cut off and rarely gets any of his mail in color.

Jacob Jaeger, who is also incarcerated at Fox Lake, said he believes the new policy has caused delays in him getting his mail, and some of the educational materials he would have normally received have been denied.

Jaeger said he used to receive dozens of manila envelopes from a friend who would fill them with research papers and study guides in physics, psychology, theology and other subject areas. Currently studying to get a degree in theology, Jaeger said he thinks education is “my only way to stay free once I’m out of here.” He said it’s the key to preventing himself from turning back to selling drugs.

But shortly after the new mail policy went into effect in April, Jaeger said, he stopped getting a huge chunk of the manila envelopes and would receive others “very late.”

With some of her own family members in the prison system, West-Schroder said she understands the importance of getting handwritten letters and color photos. She said seeing someone’s handwriting or pictures drawn in crayon or paint can be really meaningful to those who are incarcerated.

“You wanna have something that your loved one has held, something that they actually spent time creating for you,” she said. “That’s your connection to home.”

In-person visits resumed over the summer, making the limits to communicating via the mail more tolerable. But Wade said he just wants someone to take the time to make sure the photocopies of his mail are done right, and many staff members just don’t seem to care.

“Whatever the mailroom decides to photocopy is what we get. No one on the outside seems to care,” Wade said. “We don’t have voices in here.”

Fave 5: Emily Hamer picks her most impactful stories of 2020

Wisconsin State Journal reporter Emily Hamer's coverage of the protests in Madison this summer and of the criminal justice system is the work she thinks made the largest impact this year.

As many focused on the nighttime destruction that sometimes followed local protests against racism and brutality this summer, some people missed the passion and meaning behind the movement. One of Hamer's favorite stories was one that focused on how Madison's youth were a driving force of the nighttime protests that formed organically. They called their movement "a revolution." An honorable mention: 'Celebration of life': Madison protesters honor Breonna Taylor with birthday party.

Another impactful story revealed prosecutors can use small mistakes that aren't themselves crimes — such as drinking one beer, walking into a liquor store or forgetting a court date — to pressure defendants into pleading guilty.

And before COVID-19 cases exploded in the prison system, a story in May showed that Wisconsin's largest prison was unprepared for the threat of the COVID-19 pandemic. Guards and inmates saw many ways the virus could breach the walls of their facility and spread unabated. Now, more than seven months later, the prison has had the largest COVID-19 outbreak of any state prison, with more than 950 total cases among inmates.

Madison's youth came together organically this summer to protest against racism and police brutality after the death of George Floyd.

This story focused on the nuance behind the destruction that happened in Downtown Madison this summer. Most protesters tried for peace.

Drinking one beer, walking into a liquor store, forgetting a court date — actions that aren't themselves crimes can yield felony charges.

For more than a month, the Wisconsin Department of Corrections refused to disclose how many inmates had died from COVID-19.

This story showed that Wisconsin's largest prison was unprepared for the threat of the COVID-19 pandemic.

Who are they? WI children reported missing as of September 24

Wisconsin prisoners to only get photocopies of mail; new policy aims to curb drug abuse

All Wisconsin prisoners will only receive photocopies of their mail, not the originals, because of a new policy aimed at curbing the infiltration of drug-laced mail. 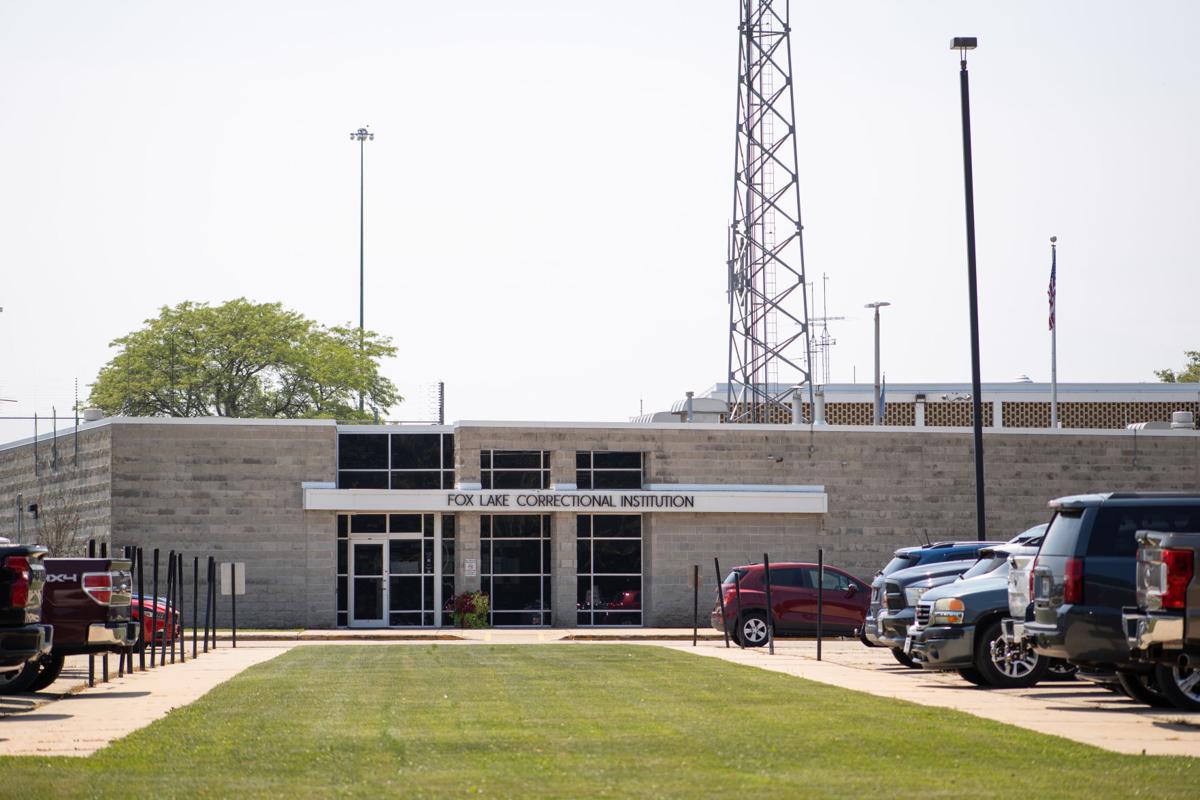 The state Department of Corrections says a new mail system at Fox Lake Correctional Institution has reduced overdose deaths, but inmates say their complaints about the policy change aren't being heard. 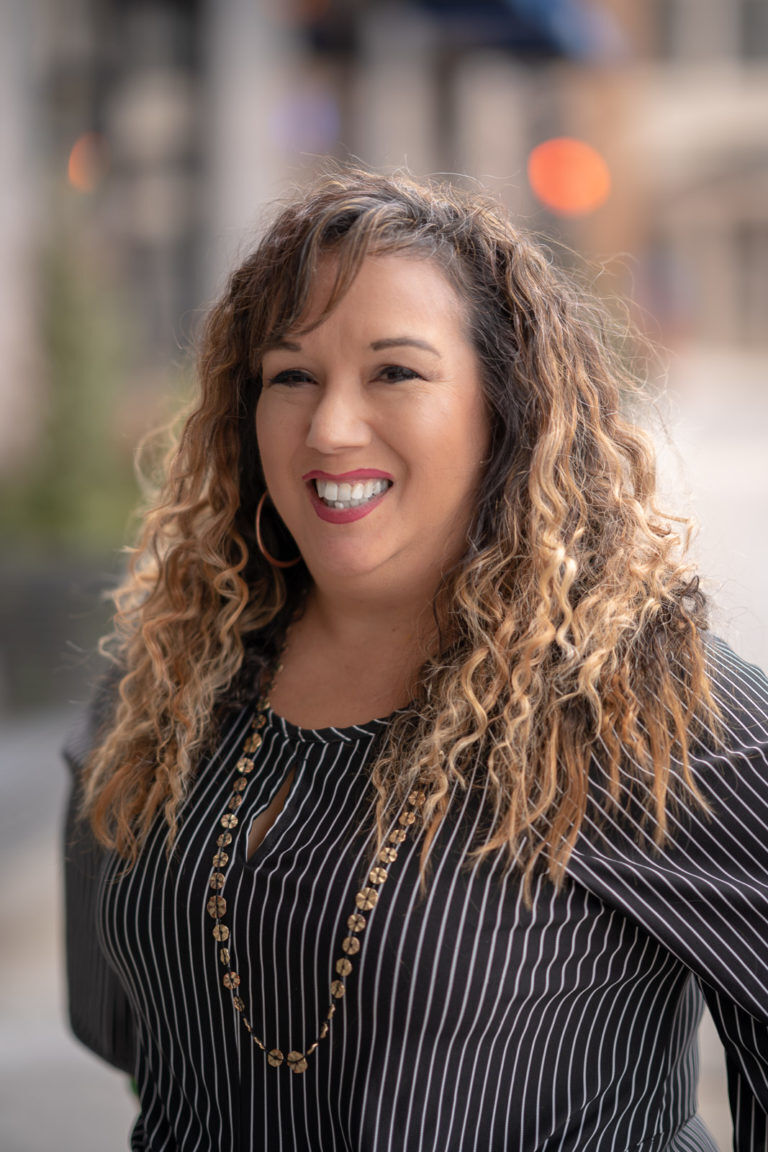