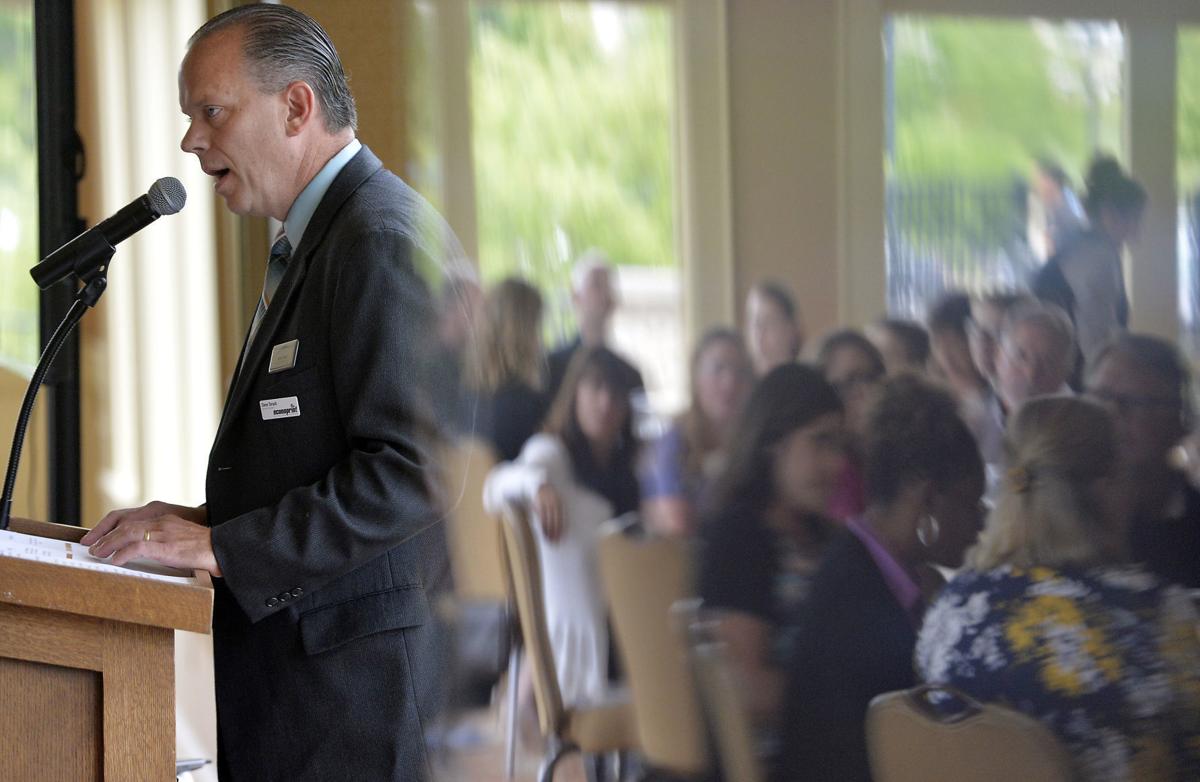 David Strash makes opening remarks to the attendees, reflected in a flat screen television, at the Kenosha Area Chamber of Commerce’s 2018 Annual Meeting at Strawberry Creek on Tuesday, July 31. 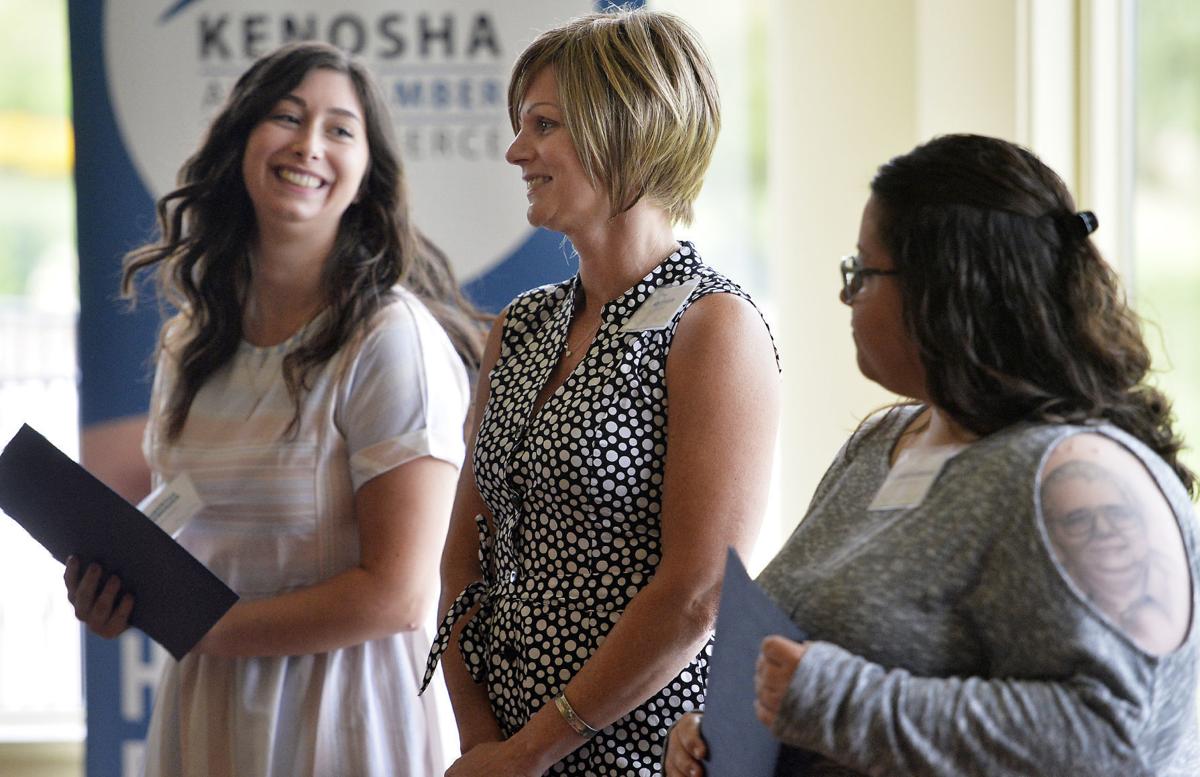 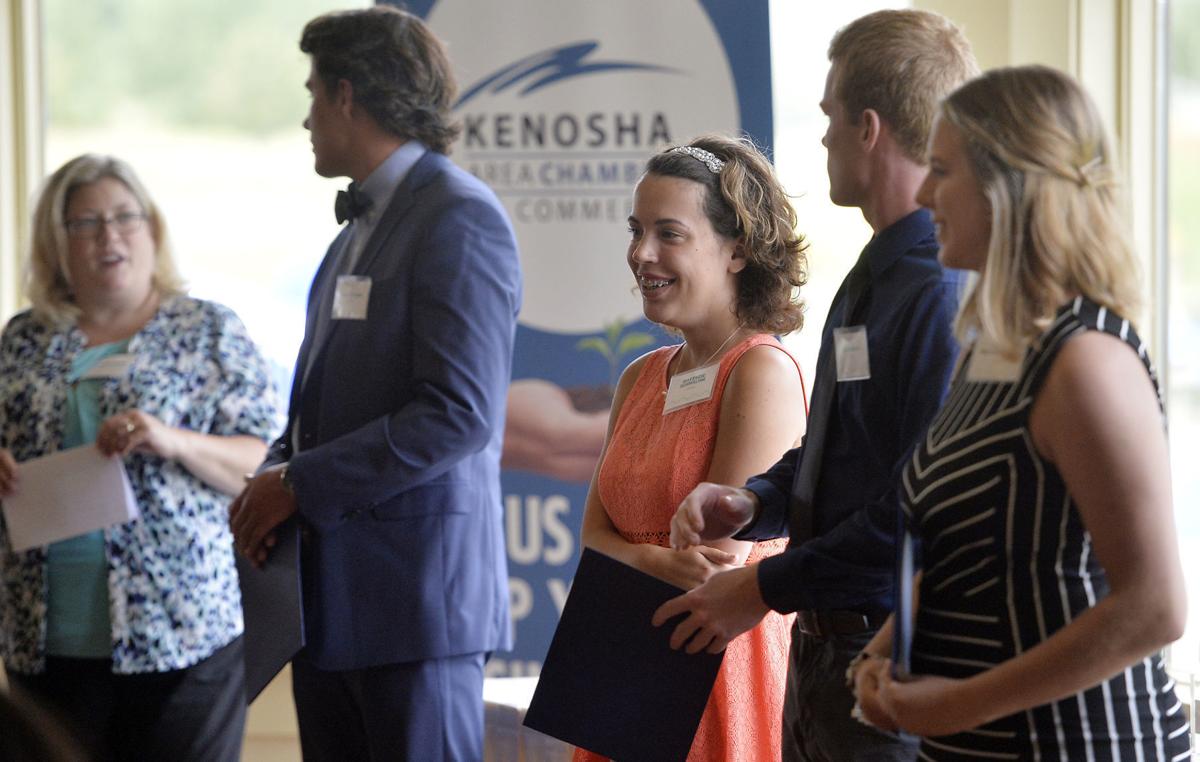 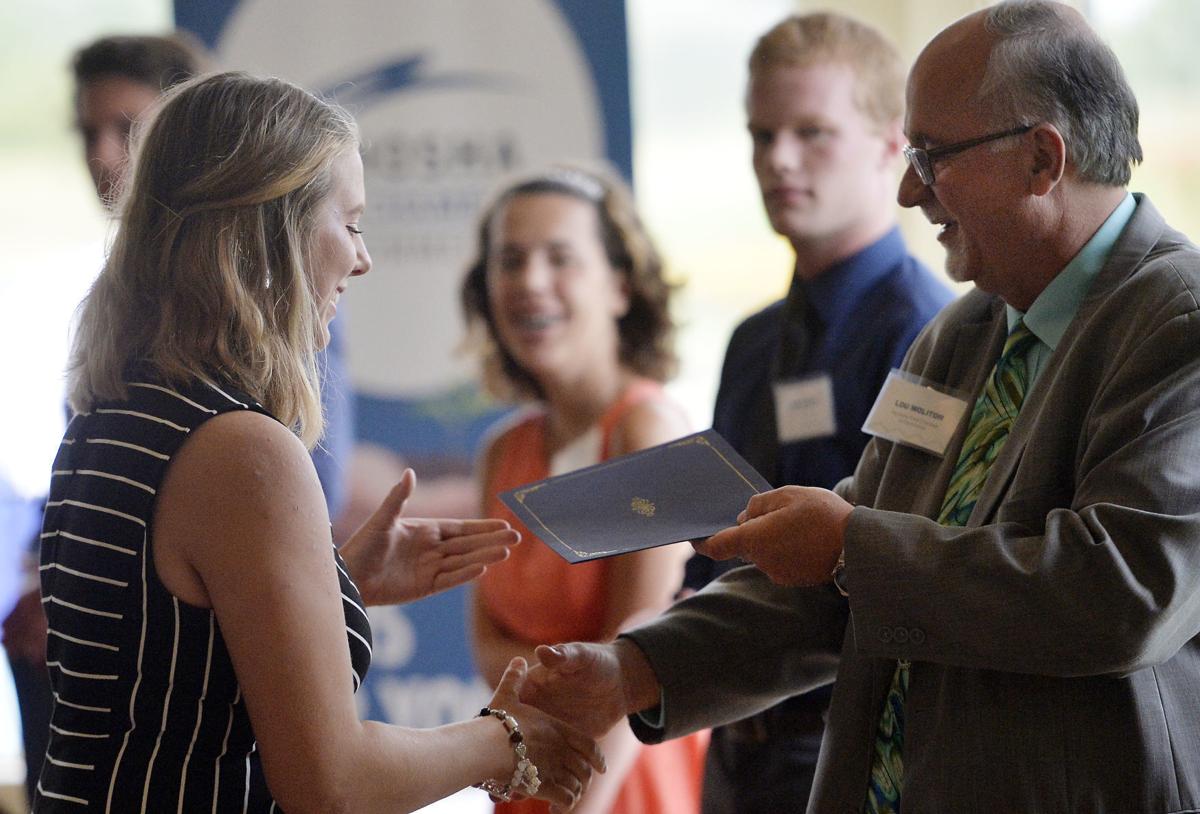 Bauer, the keynote speaker at the event, told a packed audience at the Stella Hotel & Ballroom that more people are needed to build a pipeline that will help fuel employment in the state.

Speaking of the local and national economy, Bauer said, “We have reached the point where we have the longest recovery since World War II.”

He noted, however, with a state unemployment rate of 2.8 percent, many employers are finding it difficult to find people.

The economic growth in the state, one of the most robust in the nation, he said, can be sustained through workforce growth.

Bauer said while more people have found jobs and are supporting the economy, there still are too many who are not in the workforce.

“There are 29 percent of people who are of working age, but not in the workforce,” he said. “We have to get them on the pathway.”

He added, “We need a better pipeline.”

Building the pipeline can come through talent attraction from several different fronts including schools and luring workers and young people from other states.

“We want people from the Midwest to move to Wisconsin,” he said.

Another solution, Bauer said, is to work with the Department of Corrections and to help reduce the stigma that is attached to felons after their release from prison.

“We’re working on a solution to give people a second, third or even a fourth chance,” he said.

Meanwhile, the chamber has continued to grow.

Board chairman David Strash said the organization has added 81 new members since last year’s annual meeting. The net gain is a growth of 45. It currently has 693 members.

The organization also named new board members and presented its annual awards:

Wednesday will bring a flurry of election-related developments in the state, with both the Wisconsin Elections Commission and a partisan legislative panel dissecting the 2020 presidential election.

Dan Brown envisions Madison as a tourist destination for Ho-Chunk history and culture in the same way America's Southwest is synonymous with Navajo Nation.

David Strash makes opening remarks to the attendees, reflected in a flat screen television, at the Kenosha Area Chamber of Commerce’s 2018 Annual Meeting at Strawberry Creek on Tuesday, July 31.