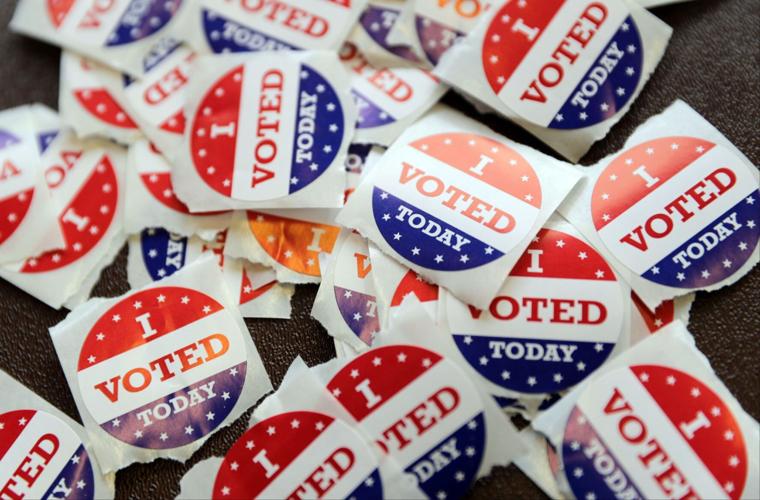 Polls have closed in Wisconsin's partisan primary, which will narrow the field of candidates running in multiple local and statewide races.

At 8 p.m. Tuesday, the hard-fought battle between former Lt. Gov. Rebecca Kleefisch and Tim Michels, the millionaire co-owner of Brownsville-based Michels Corp., to see which Republican would take on Democratic Gov. Tony Evers in the fall was being decided by the voters.

For up-to-the-minute results on all the state races, visit the Wisconsin State Journal's interactive results page.

Heading into the balloting, Kleefisch and Michels were leading the field, separated by 1 percentage point, in a June statewide poll. State Rep. Timothy Ramthun, R-Campbellsport, and Adam Fischer are also running.

Despite entering the race in late April, Michels has pumped about $12 million of his own funds into his campaign, while Kleefisch, who announced candidacy back in September, has raised more than $7.5 million.

The winner of the Aug. 9 primary will go on to face Evers, who is seeking a second term, in November. Independent Joan Beglinger is also running in the Nov. 8 election.

The Democratic primary for U.S. Senate has been all but decided, with Lt. Gov. Mandela Barnes appearing poised to become the state's first Black party nominee for the seat after his top opponents recently dropped out and endorsed him. Their names will still appear on the ballot, however.

Barnes is in one of the highest-profile political battles in the country, taking on U.S. Sen. Ron Johnson, a two-term incumbent whose campaign coffers far surpass what Barnes has raised so far, in the November midterm.

Here's why the 2020 election will never be 'decertified'

There are also contested primaries on both sides of the aisle for other statewide races, including secretary of state, treasurer and lieutenant governor.

In the race for Wisconsin's largely powerless secretary of state seat, Republican Rep. Amy Loudenbeck, Justin Schmidtka and Jay Schroeder have all said they hope to put election oversight under the office's responsibilities. The proposals follow calls from some Republicans to abolish the state's bipartisan Wisconsin Elections Commission due to guidance and administration practices implemented by the agency during the COVID-19 pandemic.

In addition to Michels, Trump has also backed longshot candidate Adam Steen, who is taking on Assembly Speaker Robin Vos in the 63rd Assembly District. Vos is the longest serving Assembly speaker in state history and one of the most influential Republicans in the state, but has fallen out of favor with Trump for refusing to entertain the legally and constitutionally impossible task of decertifying the results of the 2020 presidential election.

Election results are unofficial and subject to change on Election Night. Municipal clerks provide unofficial results to their county clerks, who will then post results to the county website. Counties have a week to convene their boards of canvassers and the statutory deadline for the state Elections Commission chair to certify statewide results is Aug. 24.

Election Day: Who's on the ballot in the Dane County area?

In addition to statewide races for governor, attorney general and U.S. Senate, there are local contests for Assembly and Congressional seats in the Aug. 9 primary. Before you cast a ballot, learn more about the candidates running.

Republicans running for the chance to face Democratic Gov. Tony Evers this fall will meet in the Aug. 9 primary.

Two Democratic candidates will meet in the Aug. 9 primary for lieutenant governor.

Eight Republicans are running in the Aug. 9 primary for lieutenant governor.

Three Republicans all seeking to shift election administration from a bipartisan board to an elected office will meet in the Aug. 9 primary for secretary of state.

With Sarah Godlewski running for U.S. Senate, the state Treasurer's seat is up for grabs this fall.

Republicans John Leiber and Orlando Owens will meet in the Aug. 9 primary.

Two GOP candidates will meet in the Aug. 9 primary, with the winner going on to face incumbent U.S. Mark Pocan, D-Black Earth, in the general election.

Four Democrats are vying in the Aug. 9 primary to replace retiring U.S. Rep. Ron Kind in a toss-up district.

Douglas Mullenix, of Menasha, faces an uphill battle if he plans to unseat incumbent Glenn Grothman, of Glenbeulah.

The Jefferson mayor faces a farmer who accepts that Joe Biden won the 2020 election. The winner faces Rep. Don Vruwink, D-Milton, who was redrawn into a new district.

Two candidates are vying for the Democratic nomination to represent Wisconsin Assembly District 43, which is currently held by Rep. Don Vruwink

A member of the Beloit City Council and a Dodgeville High School teacher are vying for the seat currently held by Democratic Rep. Mark Spreitzer.

Five Democratic candidates will face off Aug. 9 for the Assembly seat that has been held by departing Rep. Gary Hebl, D-Sun Prairie, for the last two decades.

Heavily-Democratic, the party's race for the 79th Assembly District features a Dane County Board supervisor and a former NASA employee.

Covering much of western Dane County as well as some of Iowa and Green counties, the 80th Assembly District has been held for 20 years by retiring Rep. Sondy Pope, D-Mount Horeb.

Five Democrats are vying for the Assembly seat of retiring Rep. Sondy Pope, D-Mount Horeb in the Aug. 9 primary.

Visit Madison.com for up-to-the-minute results on all the state races. This new feature will help readers follow the biggest races as the votes are counted.

Our interactive results page will allow you to follow along as votes are counted and help you track races that have been called for a candidate.

Here's why the 2020 election will never be 'decertified'

There is no provision under the law or the Constitution by which the government can wipe out millions of citizens' votes.